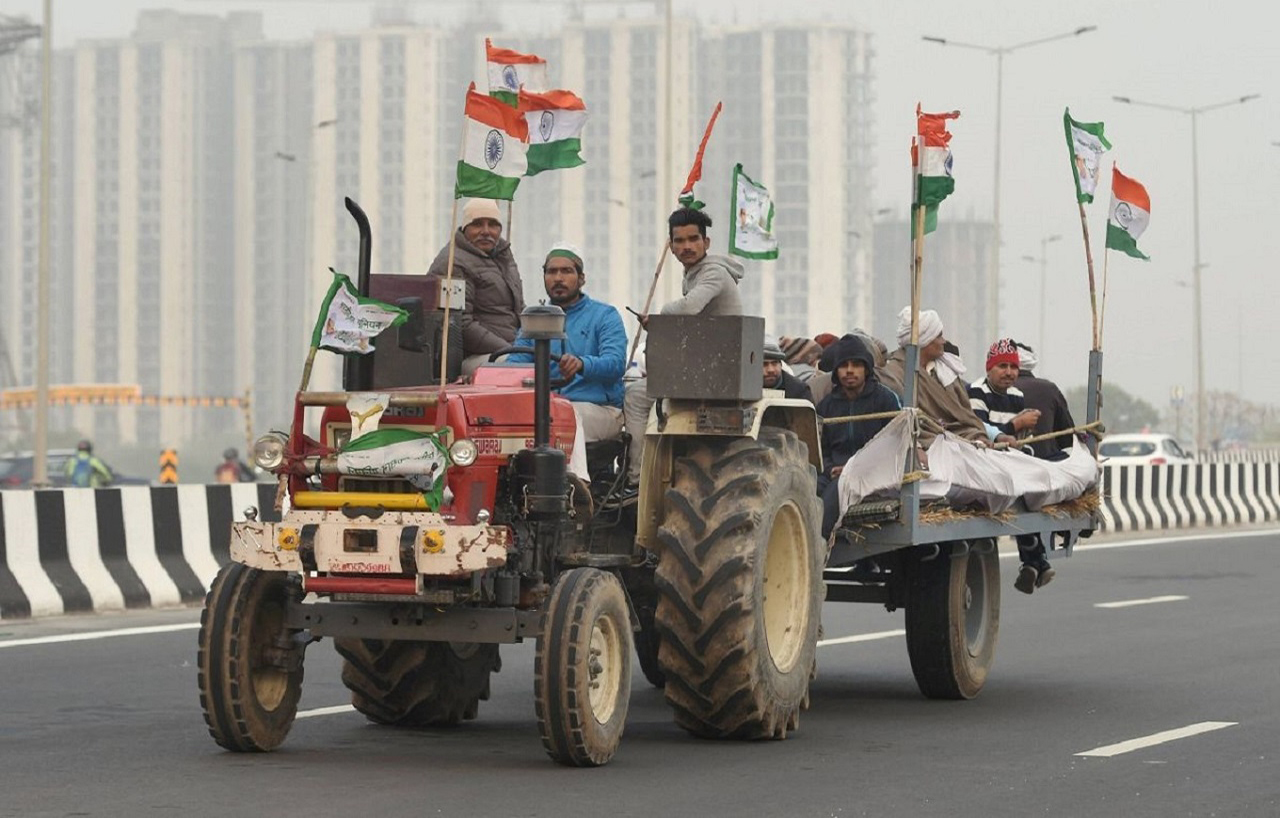 Prime Minister Narendra Modi on Monday, while replying to the Motion of Thanks on the President’s address in the Rajya Sabha, not only justified the contentious farm laws enacted by his government, but also ridiculed and lampooned activists supporting the farmers’ agitation to repeal those pro-corporate laws .

In his address, Modi used two terms, ‘aandolan jeevi’ (professional protesters) and FDI (‘Foreign Destructive Ideology’) to attack those who are participating in the agitation and ridiculed foreign individuals who have recently tweeted in support of the farmers’ agitation. In his more than one and half hour speech, he also justified the farm laws as ‘reforms’ necessary to help the small farmers. He termed the opposition to those laws as a conspiracy of the  protesters, ‘aandolan-jeevi’, who could be seen at every agitation. Calling them ‘parasites’ who ‘feast on every agitation’, he said, ”when they are not in the front, they operate from behind the curtains, they cannot survive without agitation”. 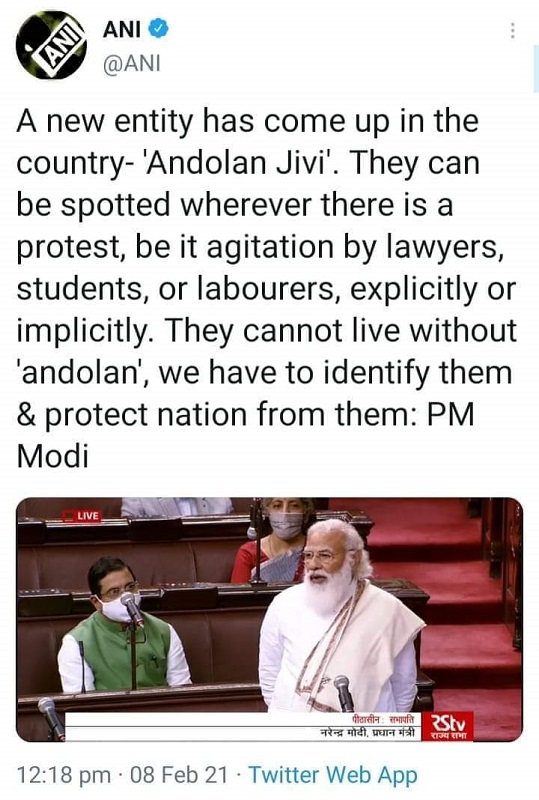 With the farmers’ protest getting more and more international solidarity, Modi attacked the foreign celebrities and activists, who tweeted to express their support to the farmers, as ‘Foreign Destructive Ideology’ — a new kind of FDI. “We need to be more aware to save the country from such an ideology,” he stated.

SKM condemns PM’s remarks, calls it an ‘insult to farmers’

The Samyukta Kisan Morcha, which is spearheading the farmer protests, in a press statement, condemned the Prime Minister’s remarks in Parliament, as an “insult” to protesting farmers and said, “Andolans liberated India from the British and therefore we are proud to be ‘andolan jeevi’. They also pointed out that farmers would be more than happy to get back to farming if the government accepts their legitimate demands, and that it is the Government’s adamant attitude that is creating more ‘andolan jeevis’.

Samyukta Kisan Morcha – SKM condemns the insulting of farmers by prime minister. Farmers would like to remind the PM that it is andolans that have liberated India from colonial rulers and that is why we are proud to be Andolan jivi. It is the BJP and it’s predecessors that had never did any andolan against britishers and they were always against the andolans, they are still scared of public movements.

They also point out that farmers would be more than happy to get back to farming if the government at least now accepts their legitimate demands, and that it is the Government’s adamant attitude that is creating more andolan jeevis.

SKM pointed out that empty statements on MSP will not benefit farmers in any way and that such meaningless statements were made in the past too. Farmers will benefit in reality and in an equitable as well as sustainable manner only if MSP is made into a legal guarantee for all crops.

SKM points out that the PM’s FDI approach is dangerous too, even as we distance ourselves from any “Foreign Destructive Ideology”. However, SKM stands with constructive democratic processes that uphold basic human rights anywhere in the world and expects similar reciprocation from all like minded citizens all over the world because “Injustice anywhere is a threat to justice everywhere”.

SKM questions the commitment of the government in seriously and sincerely resolving the farmers’ demands. It questioned the fact that the government is introducing the Electricity Amendment Bill 2021, despite assuring farmers’ organisations of withdrawing the draft bill.

SKM notes that the huge turnout and support extended by Kisan Mahapanchayats in Uttar Pradesh, Rajasthan, Haryana and Madhya Pradesh are highly encouraging and the protesting farmers at the borders are strengthened by the same.

After Twitter accounts, music videos related to the ongoing farmers’ protest have been removed from YouTube. We strongly oppose these efforts to suppress the voice of people.