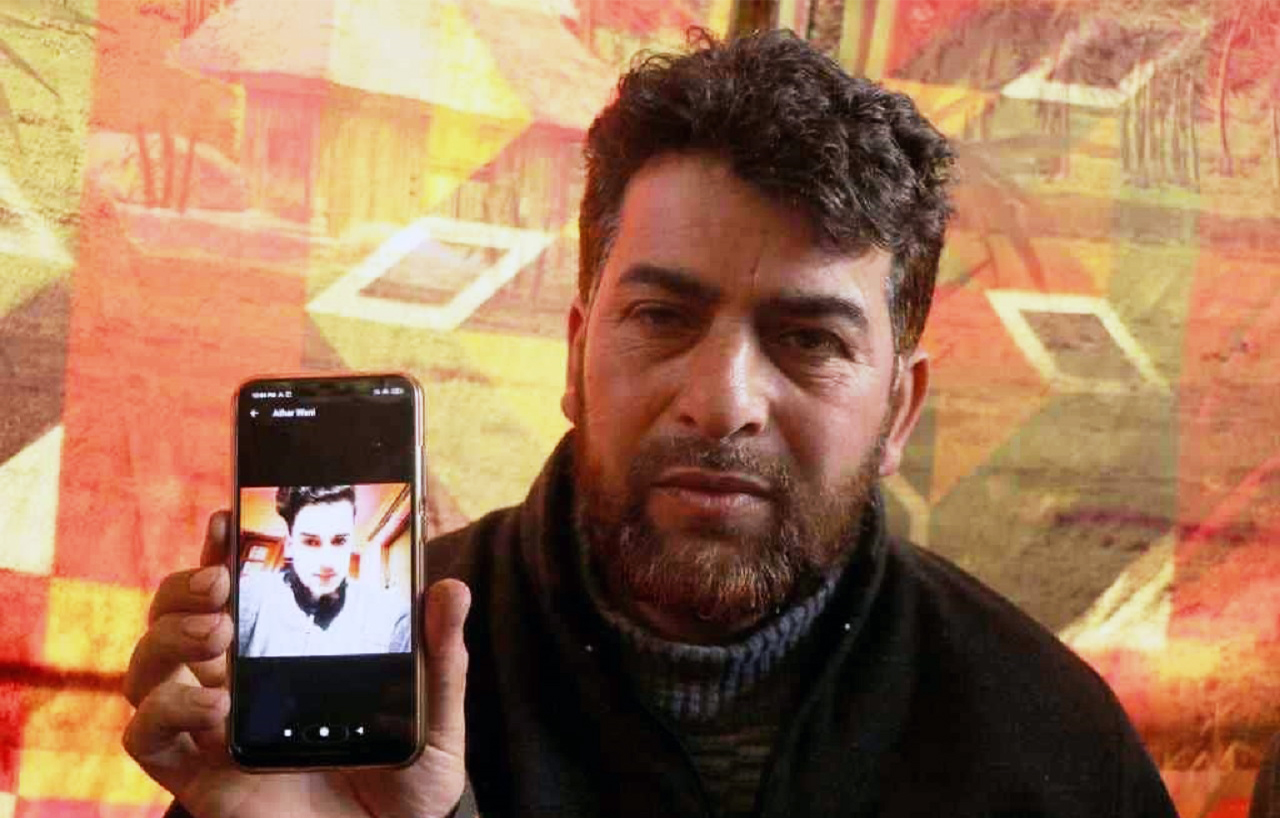 The Jammu and Kashmir Police has booked the father and family members of a school student, who was shot dead in a ‘gun battle’ by security forces in Srinagar under the UAPA for demanding to see his dead body.

Srinagar: The Jammu and Kashmir Police has booked seven people, including the father and family members of a minor student, Ather Mushtaq, who was killed in a “gunfight” in Srinagar on 30 December 2020, under the Unlawful Activities (Prevention) Act (UAPA) for demanding to see the dead body of his son.

According to a report published in The Kashmir Walla an FIR (No. 7/2021) was filed against the seven residents of Pulwama district in south Kashmir under sections 147, 341, 153 IPCs, and 13 of the Unlawful Activities Prevention Act (UAPA) at the Rajpora police station in Pulwama. The seven people named by the police include Mushtaq Ahmad Wani, father of Ather Mushtaq, the teenager killed in the “gunfight”. It also names Athar’s two uncles Mohammad Shafi Wani and Mohammad Hussain Wani.

On 30 December 2020, three persons were killed in an alleged gunfight in Srinagar’s outskirts in Lawaypora. The killed trio were identified as: Athar, an eleventh standard student from Bellow, Aijaz Ganaie, a graduate from Putrigam, both in Pulwama district, and Zubair Lone, a carpenter from Turkwangam from Shopian. According to the police the trio had links with militants and were killed in a gunfight with the security forces. Their families, however, claimed that their sons were innocents, they later staged a protest outside the Police Control Room, in Srinagar, to demand to see the bodies of their kin, who were buried in a discreet graveyard in Central Kashmir’s Sonamarg. 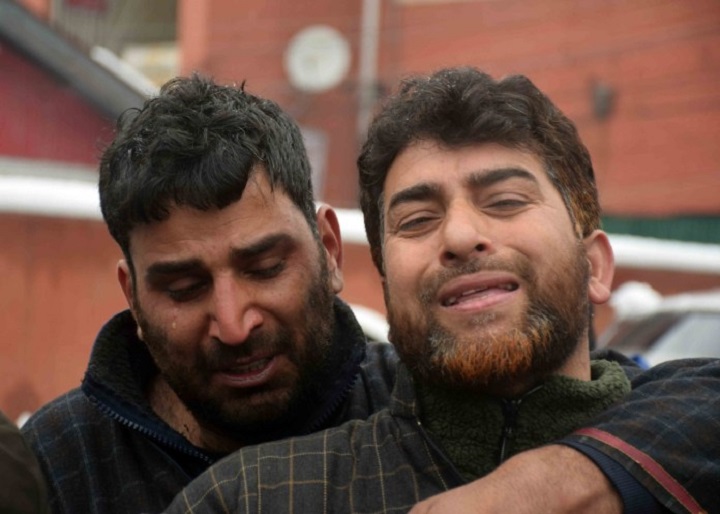 Mushtaq Ahmad Wani in a protest in Srinagar on 30 December 2020 in Lawaypora area. Photograph by Umer Asif for The Kashmir Walla.

Speaking to The Kashmir Walla over the phone from his residence in Pulwama, Mushtaq Ahmad Wani said, “Eight people have been booked in the FIR including a local cleric”. He added “The police told me to stop talking to the media and to forget whatever has happened”, “and to shut my mouth.”

The police claimed that after offering Friday prayers at Jamia Masjid Abu Bakr in Bellow village, a violent mob appeared near the mosque. The police official said, “The mob was led by seven people to obstruct the main road and were raising anti-national slogans against the integrity of the nation. The said persons are organizing such illegal processions under criminal conspiracy and are abetting anti-national elements.”

The Kashmir Walla reached out to the Senior Superintendent of Police, Pulwama, Ashish Mishra, who was not available, while, the SHO of Rajpora denied commenting on the matter.

Meanwhile, Mehbooba Mufti, the former chief minister of Jammu and Kashmir, tweeted on Sunday: “After losing his son in an alleged fake encounter, Athar Mushtaq’s father has been slapped with an FIR for demanding his dead body. His crime was to stage a peaceful protest. The inhabitants of Naya Kashmir can’t even question a callous admin and have been reduced to living corpses.”

After losing his son in an alleged fake encounter, Athar Mushtaq’s father has been slapped with an FIR for demanding his dead body. His crime was to stage a peaceful protest. The inhabitants of Naya Kashmir can’t even question a callous admin & have been reduced to living corpses