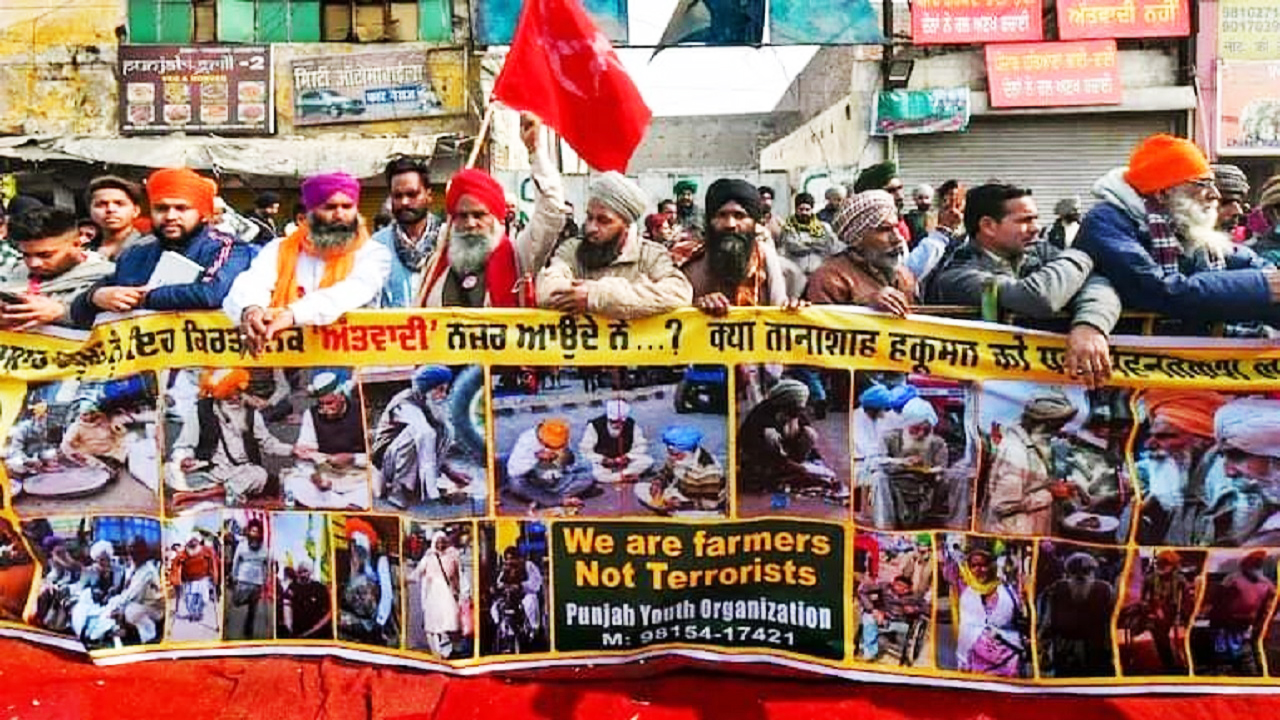 Janta Parliament (जनता संसद) was envisioned as a simulated virtual people’s Parliament session to discuss urgent Covid related policy issues. In view of the ongoing farmer agitations at various sites on state borders with Delhi, Special Kisan Sessions of the Janta Parliament were held. Today, the resolutions passed and questions raised in the earlier six sessions of the Special Kisan Session of the Janta Parliament were posed to the political parties which were represented by senior leaders from the Congress, TMC, CPI-ML, CPI, RJD, VCK, AIFB, SP and CPI (M). The session was conducted by P. Sainath, senior journalist on behalf of the presidium comprising of P. Sainath, Aruna Roy, M G Devasahayam, Annie Raja, and Thomas Franco. 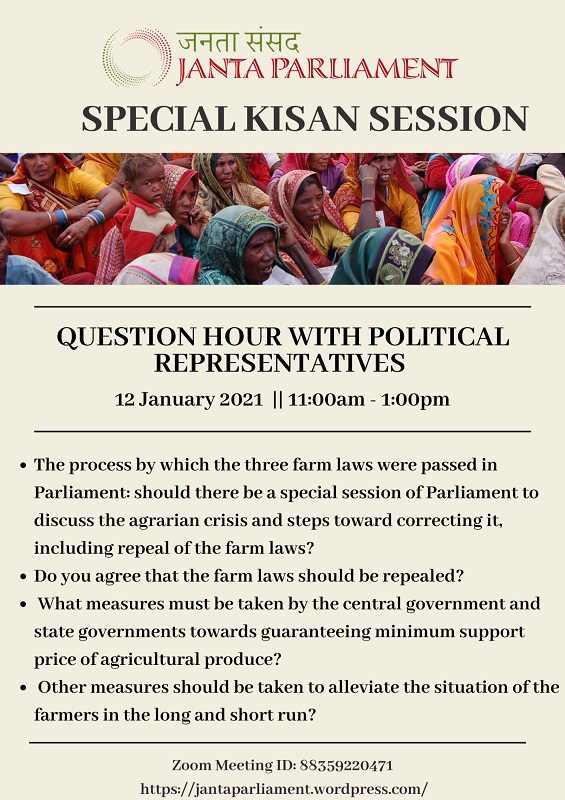 There was unanimous solidarity for the historic farmers struggle for the repeal of the three farm laws passed by the central government, by all the political parties who were present for the session today. And all parties attending agreed that a special session of the Parliament needed to be convened to discuss legalisation of MSP as well as other aspects of the agrarian crisis. Some even said that maybe in the budget session two-three days should be exclusively kept for this.

Raju and Rajeev Gowda from the Indian National Congress joined. They said that the Congress party supports the demand for a legal MSP that is backed by procurement. A written statement (attached) sent by Sonia Gandhi was also read out where she highlighted that Congress led state governments have constitutionally passed laws against the central farm acts and that they will pursue this further legally to get approval from the President.

Dipankar Bhattacharya of the CPI-ML stated that his party stands with the farmers and that there should be repeal and not a pause of the farms laws. He also said that the Public Distribution System must be universalised to ensure food security as well as higher procurement of crops by the government.

Raja of the Communist Party of India said that all their class and mass organisations have been participating in the on-going farmer protests. He said that the purpose of the three farm laws are to serve the corporates.

Sukhendu Sekhar Roy of the TMC spoke about the undermining of Parliament during the passage of these laws. He also said that agriculture is essentially a state subject and that by these laws there has been an intrusion by the centre on a state subject. He added that apart from a special session of Parliament, the laws should also be sent to a Select Committee for proper stakeholder consultation.

Prof. Manoj K. Jha of the RJD, one of the parties that has gone to the Supreme Court over the farm laws, brought to notice that governments around the world have taken advantage of the pandemic. He said that although he is an MP in the Rajya Sabha, in the Monsoon Session, he had to sit in the Lok Sabha and so could not do anything even though he was agitated by the way that the laws were passed in the Rajya Sabha. He also confided that he felt that the opposition parties have not done enough and not got out of their comfort zone to resist the various autocratic measures taken by the government. He also informed the gathering that on 30th January 2021, in Bihar, RJD and all opposition parties will be forming a human chain to oppose the farm laws.

Dr. D. Ravikumar, MP from Viduthalai Chiruthaigal Katchi (VCK) party said that due to the way that the Parliament was organised during the pandemic, there wasn’t sufficient time to discuss the farm laws. He said that some of them were getting time to address the Parliament at midnight. G. Devarajan of the All India Forward Bloc said that he has been to the Singhu border.

Ghanshyam Tiwari of the Samajwadi Party said that Amazon and other online marts will soon be selling farmer produce with companies like Adani at the backend to supply and deliver farmers’ produce.

Sitaram Yechury of the CPI(M) said that his party stands with the farmers position to not talk to any committee. He asked if consultations are being held now, what was the need to pass these laws in a truncated session of Parliament without a proper vote. He said that the government – and not any committee – must speak to the farmers and all other stakeholders and then bring any new laws.