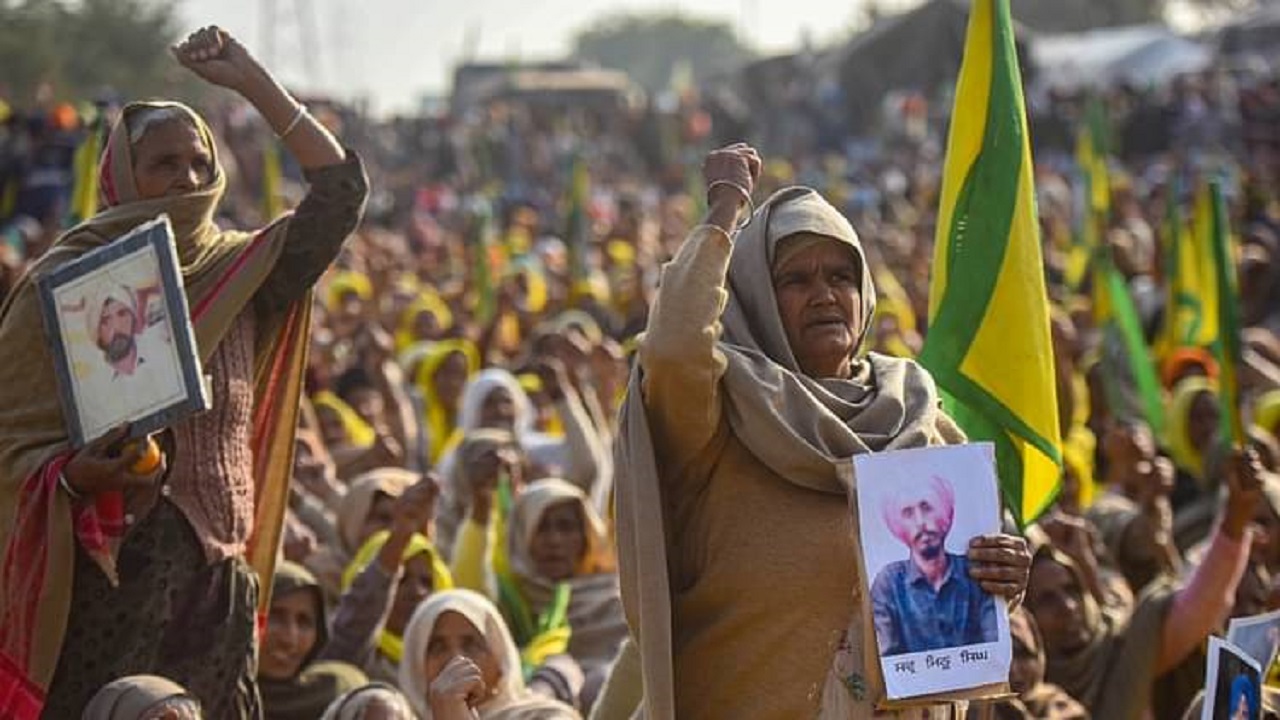 An Open Letter to the CJI : Women role and agency in farmers’ protests

During the hearing of the petitions seeking removal of the farmers from the protest site on 11th and 12th January, some remarks were made about the participation of women in the ongoing farmers’ protest. It was reportedly said that the Women and the Old people should be sent back and that they should not participate in the present protests. Such remarks and attitude by the Supreme Court is disrespectful of the fact that Women are the major stakeholders in Agriculture. It not only denies women their agency but also mocks the long-standing struggle of women engaged in farm work to be recognized as farmers.

This is an Open Letter to draw the attention of the Chief Justice to this issue and request the Supreme Court to acknowledge the role of Women Farmers in Agriculture as well as recognise their agency in the farmers’ protest.

To register to be a signatory to this open letter, click the below link.

An Open Letter to the Chief Justice of India

During the hearing of the petitions seeking removal of the farmers from the protest sites in the Supreme Court of India on 11th and 12th January; some remarks as reported by the online portal Live Law; were made by the Hon’ble Judges during the hearing.

Live Law reported and we quote-

“We don’t understand either why old people and women are kept in the protests. Anyway, that is a different matter.”(11th January)

“We will record you a statement that elders, women and children will not participate in the present protests.”(12th January)

“We want to place on record our appreciation for this stand(about elders, women and children not participating in protests in future).”(12th January)

We want to humbly register our dismay, shock and grave disappointment on reading these remarks. They not only deny women their agency but also mock the long-standing struggle of women engaged in farm work to be recognized as farmers.

We also want to humbly point out that women are the major stakeholders in agriculture and it’s their constitutional right to protest to protect their livelihoods.

Ever since the three farm laws became public, protests erupted across India. The centre stage of these protests is occupied by the farmers – Women and Men.

The agriculture sector employs 80 per cent of all economically active women. The 3 New Farm Acts will fundamentally alter the sector of Agriculture as it is known today and will significantly impact those who are engaged in the sector. Women, thousands of them, who are the majority stakeholders in the Agriculture Sector, have come to the borders of Delhi in order to safeguard their livelihoods and reclaim their identity as farmers. They have come to exercise their fundamental right to protest. Braving against the biting cold, women farmers are not just supporters and participants but the leaders of this movement as well.

Owing to social conditioning in a patriarchal society, the profession of farming is usually associated with men. However, according to an estimate by the Mahila Kisan Adhikar Manch (MAKAAM) – almost 75 per cent of the work on the farms is done by women. And yet, women hold only 12 percent land in their name and are rarely categorised as ‘farmers.’ In the government statistics, women farmers are invisible as well. In cases of farmer suicides, women are usually categorised as the wives or daughters or family relatives of the farmers and not farmers themselves.

Against this social backdrop, the farmers’ protests have emerged not just as a space of resistance and dissent against the farm laws but also a portrayal of gender equity and empowerment.

This struggle aims at safeguarding not just the existing rights of farmers but also reclaiming the identity of Women as farmers.

When farm incomes will further drop as a result of these three agriculture laws, the harshest burnt will be faced by the women of the households. Women understand the impact of the 3 New Farm Acts on their lives and thus exercising their fundamental right to protest in a democracy they are taking a lead in this historic Kisan Andolan.

At various protest sites across India, women have been actively involved in organising speeches, meetings, conducting press briefings, arranging and providing medication and cooking along with their male counterparts. In addition to protesting, women have been taking care of the farms and their households back in the villages. These women farmers who have stayed back have been providing the protest sites on borders of Delhi with the logistical support – rations, blankets and other required commodities and also managing and running hundreds of protest sites within their state.

18th of January is to be celebrated as the Mahila Kisan Diwas to acknowledge this invaluable contribution by the women farmers who are the majority stakeholder in the Agriculture sector and have been the heart and soul of this historic Kisan Andolan.

We humbly request the Supreme Court to acknowledge the role of Women Farmers in Agriculture as well as recognise their agency in the farmers’ protest and thus help the nation to debunk this patriarchal bias and establish women as farmers and not mere supporters.