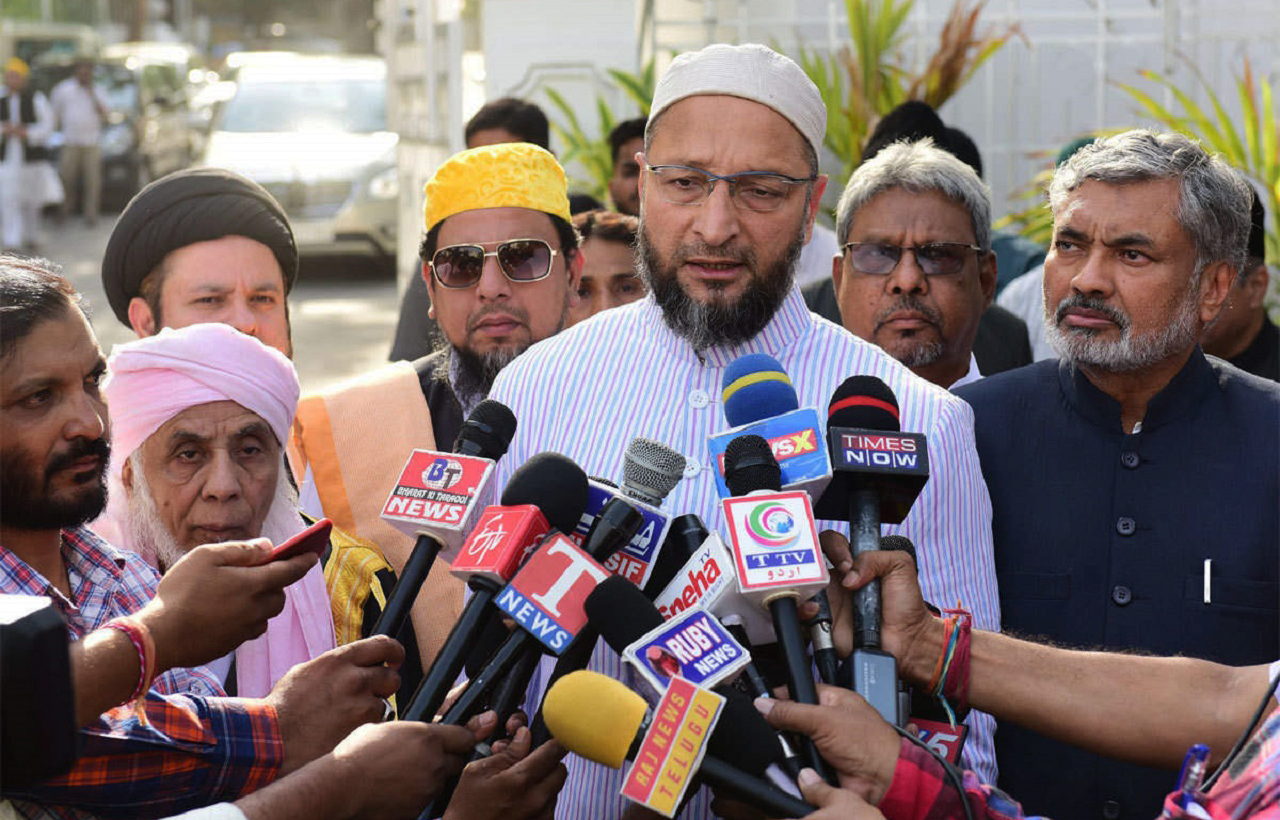 Owaisi-Abbas alliance: A setback for Bengal’s secular opposition to BJP?

Abbas Siddiqui is one of them who seems to have made Owaisi a role model in Bengal. Both of them harp on the growing Muslim sentiments about being used as mere vote-bank by the anti-BJP opposition parties and urge Muslims to float their own political outfit, writes Biswajit Roy. 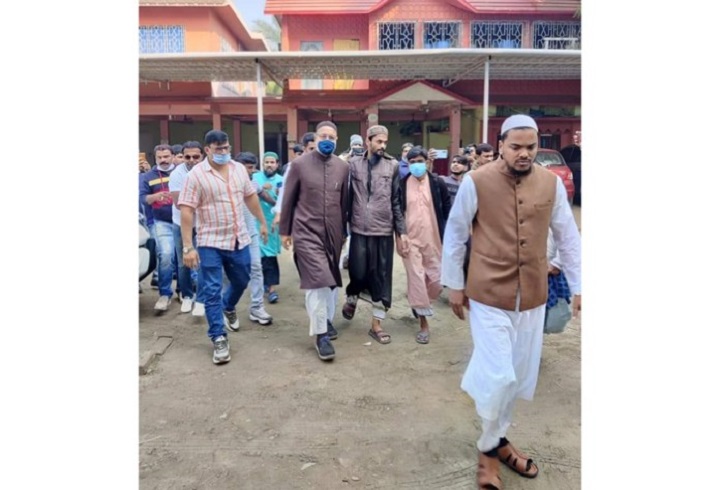 On Sunday, AIMIM President Asaduddin Owaisi (in maroon Sherwani) who was in Bengal to meet Furfura Sharif’s Abbas Siddiqui

Kolkata: Muslim politics in Bengal has taken a potentially divisive turn as Asaduddin Owaisi, the leader of the AIMIM met Abbas Siddiqui, a vocal and young scion of the Pir clan that presides over the influential Furfura Sharif on order to spread the Hyderabad-based party’s wings in West Bengal before the assembly polls which is due by May 2021. The MIM chief visited the clan’ s citadel around the Mazar of its founder Abu Bakr Siddiqui, revered as Dada Huzoor in undivided Bengal on Sunday and met Abbas along with a few other Pirzadas from the feud-torn family.

Lavishing praises on the young man, Owaisi later announced that he would work in Bengal with the younger Siddiqui while being behind him. His gesture to work under the leadership of the politically rookie and rustic youth from a popular Pir clan is well-planned. Abbas is a Bengali-speaking rural Muslim while the MIM is still a party of Urdu-speaking and mainly urban Muslims who comprise a small portion of Bengal’s 30 per cent Muslim population.

It is not clear whether Abbas and his allied Pirzadas would join MIM or form their own political outfit to contest the coming polls in alliance with the MIM. Holding rallies in south Bengal districts in post-Lockdown months, Abbas has already made it clear that he would enter the electoral fray and field candidates in a sizable number of seats. He wants Mamata to share some seats with his unborn outfit which she has not responded to so far. Earlier, Congress and Left too had warmed up to the Pirzada but could not make any deal.

Whatever may be their next course of action, it will likely to provide a good foothold for the Hyderabad MP, particularly in south Bengal. Owaisi is bolstered by the result of recently held Bihar polls in which his party (in alliance with BSP et al) has secured five seats in Seemanchal close to Bengal. He is now keen to open his account in the neighbouring state where incumbent Mamata Banerjee government is facing a tough challenge from the BJP and Sangh Parivar.

Mamata’s party Trinamool Congress (TMC) which has got 43 per cent of vote share as against 40 per cent of the BJP in 2019 Lok Sabha polls is heavily dependent on the Muslim support base. The largest minority community which has been mainly targeted by the reigning majoritarian right wing regime is decisive in around 130 seats, mostly in south Bengal. Any division in Muslim votes will surely hurt Mamata’s defence against the surging Hindutva forces which is working overtime for communal polarisation in order to bag Bengal.

This is why Mamata is worried about Owaisi and both have increased the decibel of their verbal duel since the Bihar polls. The Bengal chief mInister has called the MIM chief an ‘outsider’ and the ‘head of BJP’s B team’. She accused Owaisi of helping the ruling party at the Centre not only to retain power in Patna along with the JD (U) but also to emerge stronger. Owaisi has retaliated by reminding her blow-hot blow-cold relation with the BJP as the NDA minister under AB Vajpayee and with Narendra Modi even after Gujarat 2002. He also ridiculed the TMC chief for her inability to arrest defection of her minions to the Sangh fold.

The blame game notwithstanding, it is pertinent to remember that both sides have skeletons in their cupboards. Mamata cannot wish away her role in opportunist politics in helping BJP to make a dent in Bengal in post Babri demolition and post Gujarat 2002 years in pursuance of her blind opposition to CPM-led Left Front. Similarly, Owaisi can’t sweep his party’s communal politics under carpet in successive polls in Hyderabad and its role in the politics of polarization that paved the way for BJP’s advent in the recent civic election in his home turf. 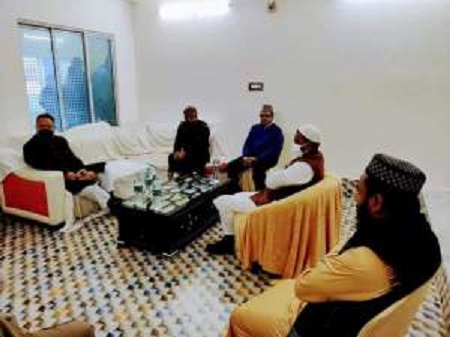 Bengal BJP is clearly elated with his entry in the state politics as it has justified MIM intent on ground of any registered political party’s right to contest in states. The saffron camp had garnered 17 per cent vote in Bengal in 2014 during the Modi wave but it dipped to 10 per cent in the 2016 assembly election.

It has resurged again as a close rival to the TMC not only in vote share but also by bagging 18 out of 42 seats, mainly at the cost of the Congress and the Left Front.

Nevertheless, bitter over Mamata’s role in opposition as well as her poaching into Congress-LF camp and persecution of its supporters after she has assumed office since 2011, the latter combine has been following a politics of vengeance. The Bengali coinage of ‘aage Ram pare Bam’ (first vote for BJP in 2021 than for LF in 2026) reflects the crux of that politics. The CPM top guns in Bengal have virtually justified it by refusing to make any difference between TMC and BJP.

In this backdrop, If Muslim vote divides mainly between TMC and Owaisi-Pir assorted alliance in 2021, with a little fraction to LF-Congress, it will further help BJP which is ahead of the ruling party in 120 seats out of 294.

Beyond electoral arithmetic, larger considerations cannot be shelved. Many observers among Indian Muslims as well as those outside the community are worried about the advent of Muslim identity-based politics at the cost of secular or cross-faith pluralist opposition to majoritarian BJP’s politics of religious nationalism and communal polarization. Some fear the gradual advent of another Muslim League and repeat of pre-Partition years. Others consider the fear far-fetched but caution against the minoritarian religious consolidation.

They largely agree that the main opposition party, Indian National Congress is still running like a headless chicken. The disarray in the entire opposition camp has failed to galvanise a spirited resistance inside and outside the parliament against successive onslaughts on the minority as well as farmer and labour rights.

This has made room for Muslim politicians like Owaisi whose vociferous role in the parliament has caught the imagination of a section of Muslim youth. They consider him and his party as a radical and independent alternative for the community.

Abbas Siddiqui is one of them who seems to have made Owaisi a role model in Bengal. Both of them harp on the growing Muslim sentiments about being used as mere vote-bank by the opposition parties, to the elation of the BJP and urge Muslims to float their own political outfit. Both, of course, are careful to swear by secular republican constitution of India and want Dalit-Muslim unity against Brahminical Hinduism of the Sangh Parivar.

Abbas and his maverick uncle Twaha Siddiqui, despite their angularities over politics have been underlining the unity of poor Hindu and Muslims across faithline and Bengal’s liberal social fabric.

The efforts for Dalit-Muslim alliance had a strong current in undivided Bengal which died in the killing fields of the Partition and post-partition riots. Nevertheless, it has gained currency in recent years in West Bengal politics as BJP has been wooing Matuas or Namo Shudras and other Dalit/lower caste Hindus in Its fold.

Harping on the influx of Hindus and other religious minorities in Bangladesh following persecution by Jamate Islami and other Islamist fundamentalist outfits, the Sangh is promising citizenship to those non-Muslims under the CAA (Citizenship Amendment Act). Abbas has publicly admitted the persecution across the border, a rarity in mainstream politics and urged for electoral and social understanding between the minorities at two sides of the border, now neighbours.

Ironically, Mamata too depends on Matua votes and any further division in the largest SC community vote beyond BJP and TMC may cost Bengal’s big sis more.

Observers also pointed to the political aspirations hidden under the grandstanding among the Pirzadas of Furfura and other Pir clans and Ulemas in pollbound Bengal. Their increasing rivalries for public devotion in rural areas and clamour for bargains are surely the signs of template shifts in Bengal politics. The state did not witness such openly political roles by those who claimed hereditary or otherwise acquired religious authority in post-independence decades.

The author is Consultant Editor with eNewsroom India. He reports on major news developments as well as writes political pieces on national and Bengal politics and social-cultural issues. The article first appeared in eNewsroom India and published with their permission.

(The views and opinions expressed in the article are author’s own.)