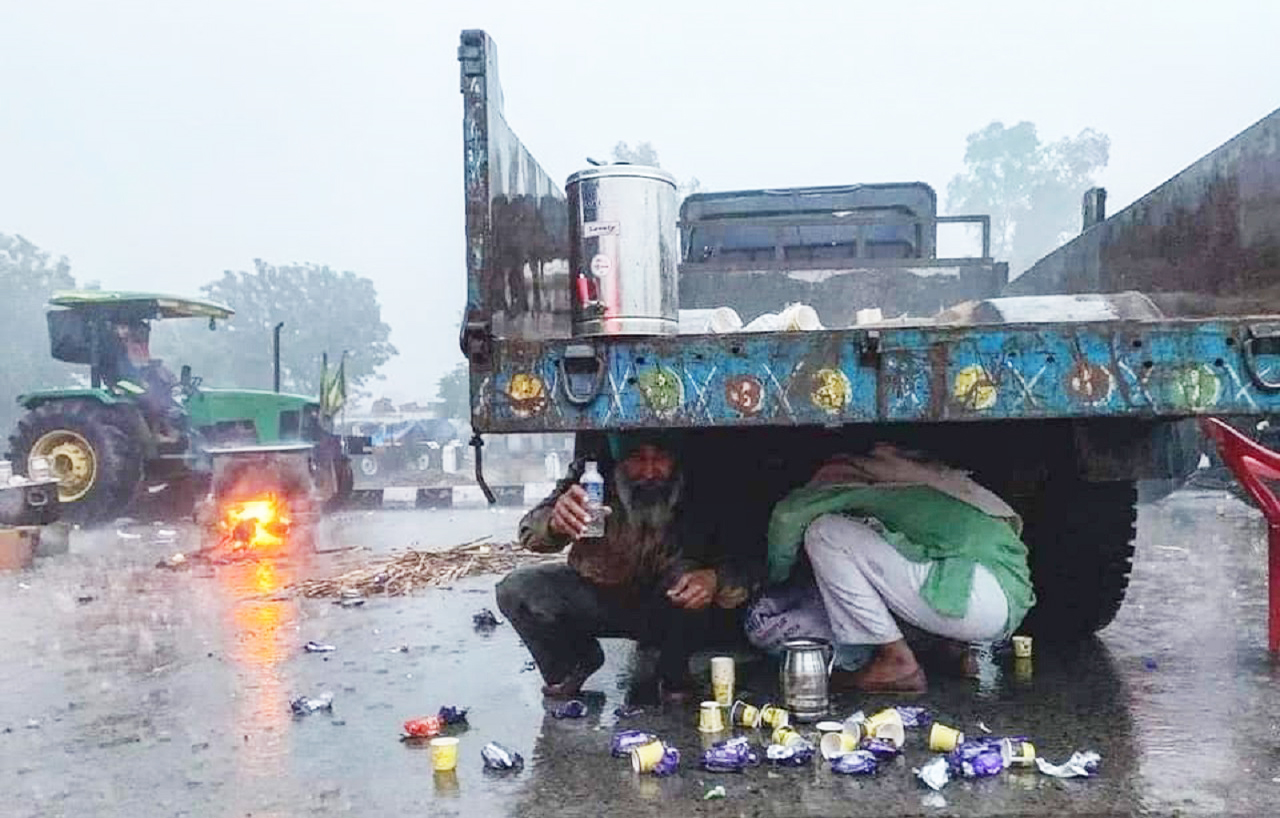 With the seventh round of talks between farmer unions and the central government remaining inconclusive even today, the Working Group of AIKSCC has criticized the various state governments for letting lose severe repression on the protesting farmers and has warned of escalation of the anger amongst the people and intensification of the movement if it does not stop.

* MP and UP Governments continue ban on protests and dharnas using Covid as excuse.*

* AIKSCC says Reliance affidavit in Punjab and Haryana HC, a ploy to save business.*

The Working Group of AIKSCC has criticized the state governments for letting lose severe repression on the protesting farmers and has warned of escalation of the anger amongst the people and intensification of the movement if it does not stop. Yesterday farmers who had advanced towards Delhi from Shahjahanpur in a peaceful manner were physically obstructed and later tear gassed in Rewari along with spray of chilly. This has left several farmers with weeping eyes and skin irritation.

In Punjab, the Congress government used severe baton charge on KKU activists who were protesting against the BJP MP in Sangrur District. In Madhya Pradesh and UP the state government are preventing democratic and peaceful protests, using section 144 undemocratically and illegally to ban assembly throughout the states in the name of Covid, while all mass activities of the Government and RSS, BJP continue unhindered.

AIKSCC has criticised Senior Minister, Nitin Gadkari for speaking against the demands of farmers on the eve of talks, leaving little chance of success. Gadkari said yesterday that the core problem is surplus food and MSP higher than open markets. Fact is India has a huge starving population, the RSS-BJP government is insensitive to their needs. Those whose stomachs are full, believe that India should produce less food. India’s position in list of hungry countries is sinking every year. Its score for Hunger was 38.8 in 2000 which has come down to 30.3 in 2019 and 27.2 in 2020. Oblivious of this and devoted to support corporate loot, uncaring Ministers are stating we have surplus food.

The entire debate of open market versus MSP is a far cry from Modi’s claim of standing with farmers. All countries of the world heavily subsidize farming in order that overall crop prices remain low. In India the ministers, dedicated to help corporates purchase of cheap crops to earn high profits, say that the sale should be through open markets, not at MSP.

Meanwhile AIKSCC has said that the affidavit given by Reliance industries in the Punjab and Haryana High Court is simply a ploy to serve its business interests. Given under pressure of farmer’s anger against it, the Reliance Industry’s affidavit is full of false claims of it not entering crop market and not taking over farm land. In Raigarh, Maharashtra and other places large tracts of land have been taken over by Reliance and it must return all these before making any false claim.

The campaign against Ambani and Adani products and services taken up by mass organisations is akin to the Boycott of British goods during British rule.