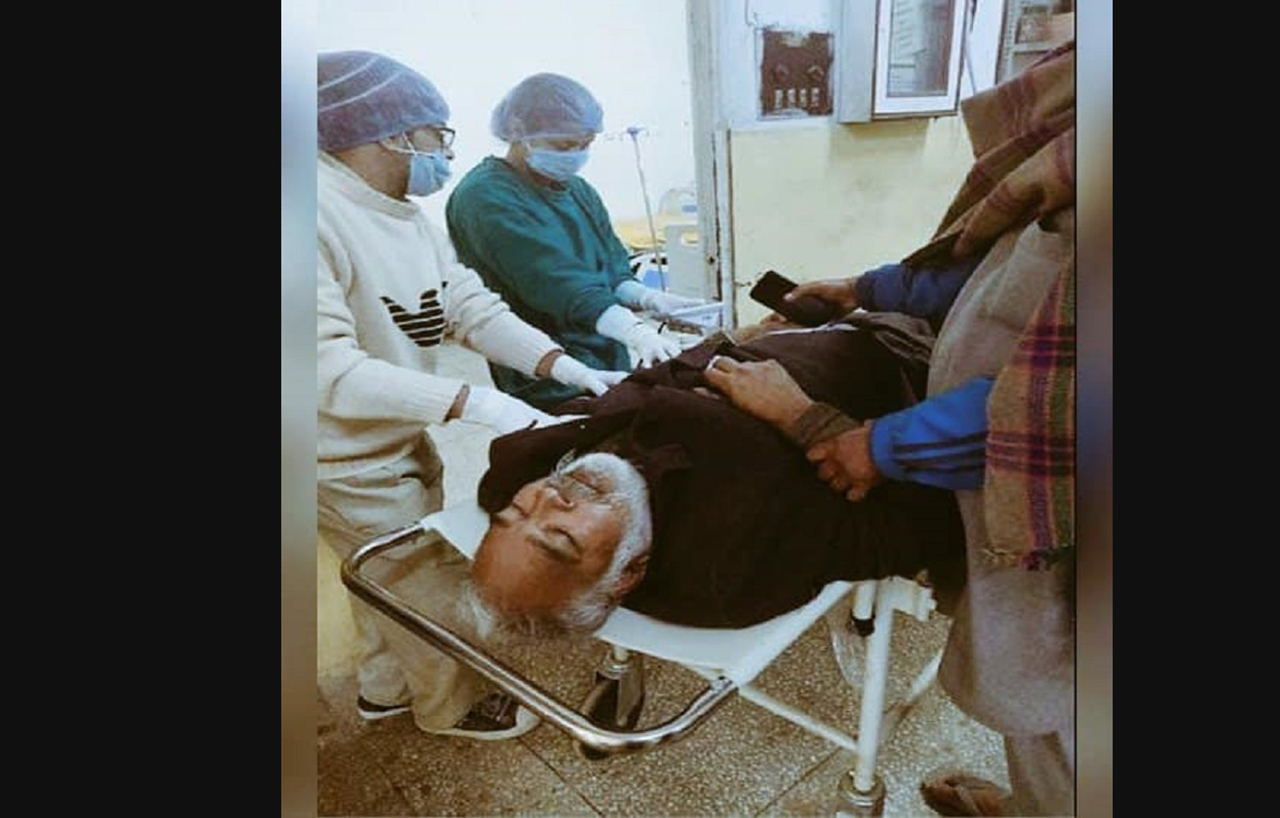 According to police, Amarjit reportedly consumed poison. PTI reported that Amarjit was taken to PGIMS in Rohtak where doctors pronounced him dead on arrival. The police said they are verifying the authenticity of a suicide note, written by him, dated December 18.

Lawyer from Punjab allegedly ends life by consuming poison a few kilometres away from the site of farmers' protest at Delhi’s Tikri border: Police

In the purported suicide note, titled ‘Letter to Modi, The Dictator’, Amarjit Singh wrote, he was sacrificing his life in support of the farmers’ agitation for shaking Prime Minister Narendra Modi’s “deaf and dumb conscious”. He further alleged in the suicide note that Modi has become the Prime Minister of a “Special group like Ambani and Adani”, and  common people like farmers and labourers are “feeling defrauded” by the three “black” agricultural laws enacted by his government. Amarjit asked the Prime Minister not to snatch the “Roti” of the farmers, labourers and common people for a few capitalists and compel them to consume poison. 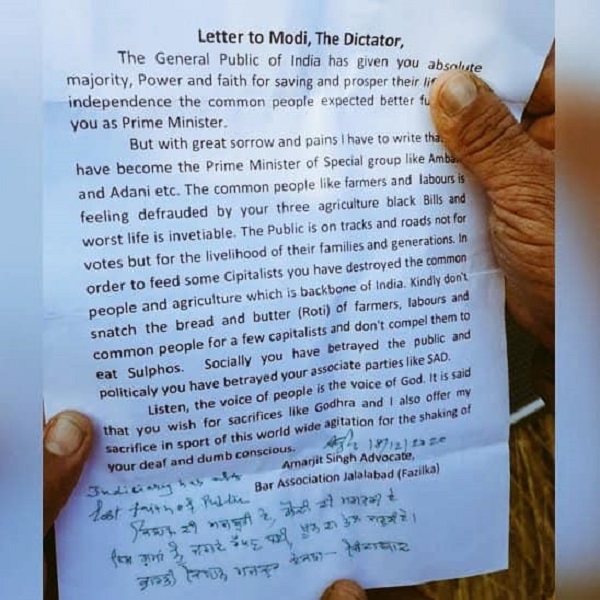 A total of three suicides have been reported till now during the month-long farmers’ protests. A few days ago, 65 years old, Sant Ram Singh shot himself at Singhu border, saying he was “unable to bear the pain of the farmers”. Also, a 22-year-old farmer allegedly committed suicide at his home after returning from protest in Delhi.