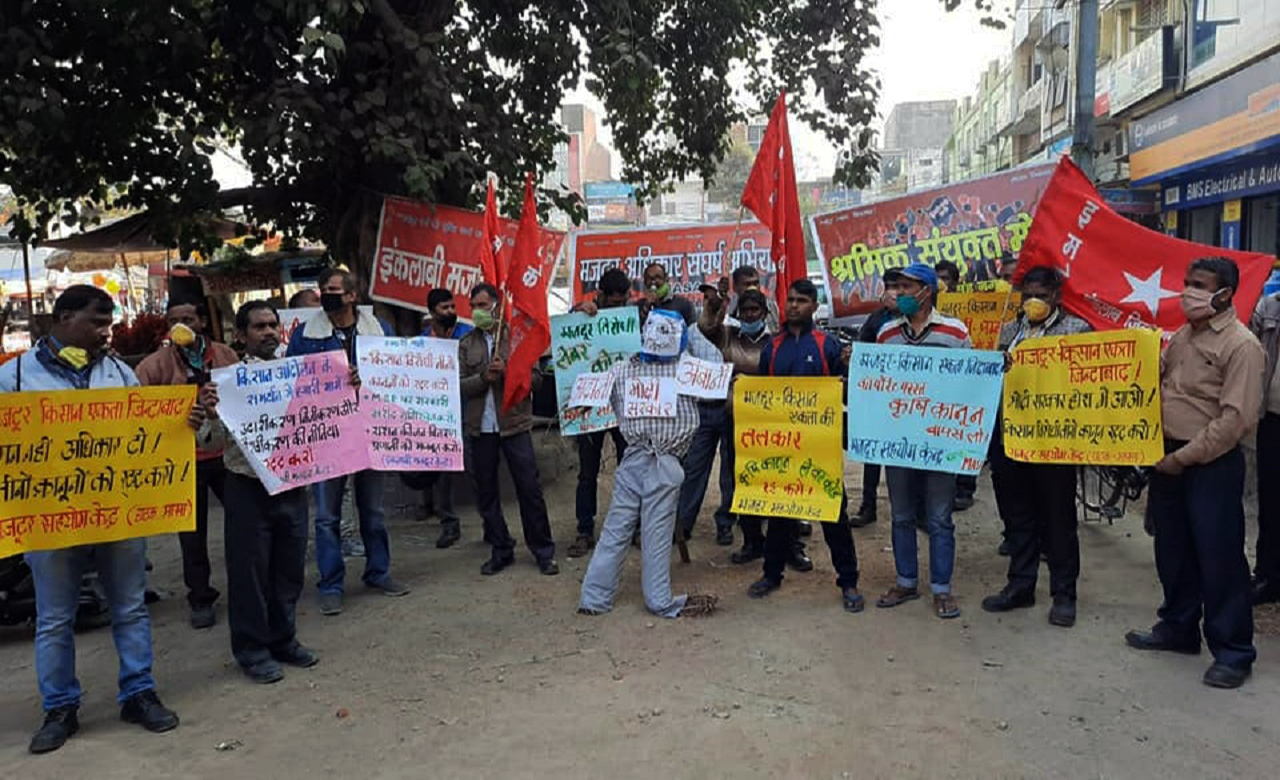 Unless the 3 Farm Acts and EB 2020 are repealed, no discussion with the govt: AIKSCC

AIKSCC members units led massive protests across the length and breadth of the country today even as the central Govt continues to play hide and seek while refusing to accept annulling the 3 Central Farm Laws and EB 2020, which will establish Corporate control over all aspects of agriculture and marketing and will ruin the Indian peasantry and food security and displace farmers from their land.

AIKSCC has said that unless the 3 Farm Acts and EB 2020 are repealed there can be no discussion with the govt.

AIKSCC has condemned attempts to file petitions in the Supreme Court in order to undermine democratic protest. It has said the sooner the Govt withdraws the Acts, the better it is as now, with the sowing season ending, farmers will reach Delhi in larger and larger numbers. Several leaders from Southern states and other parts of Inida are also going to Singhu and Tikri border to express solidarity with the farmers.

AIKSCC has also called for Bharat Bandh on December 8 along with all other farmer unions and it will enforce this throughout the country. While corporate is out to grab farmers’ livelihood, the GOI is standing for the Corporate against the interest of farmers. Though farmer leaders have amply proven this impact to the govt, its intentions are clearly against farmers. Now farmers of India will rally all sections of workers, traders, students, teachers, doctors, govt employees and others to unite behind the just and patriotic movement of farmers.

The GOI is spreading misinformation and is trying to push some kind of assurance on MSP as a solution, while the farmers have made it clear that MSP should be declared for all crops as per Swaminathan formula of C2+50% with assured procurement from all farmers.