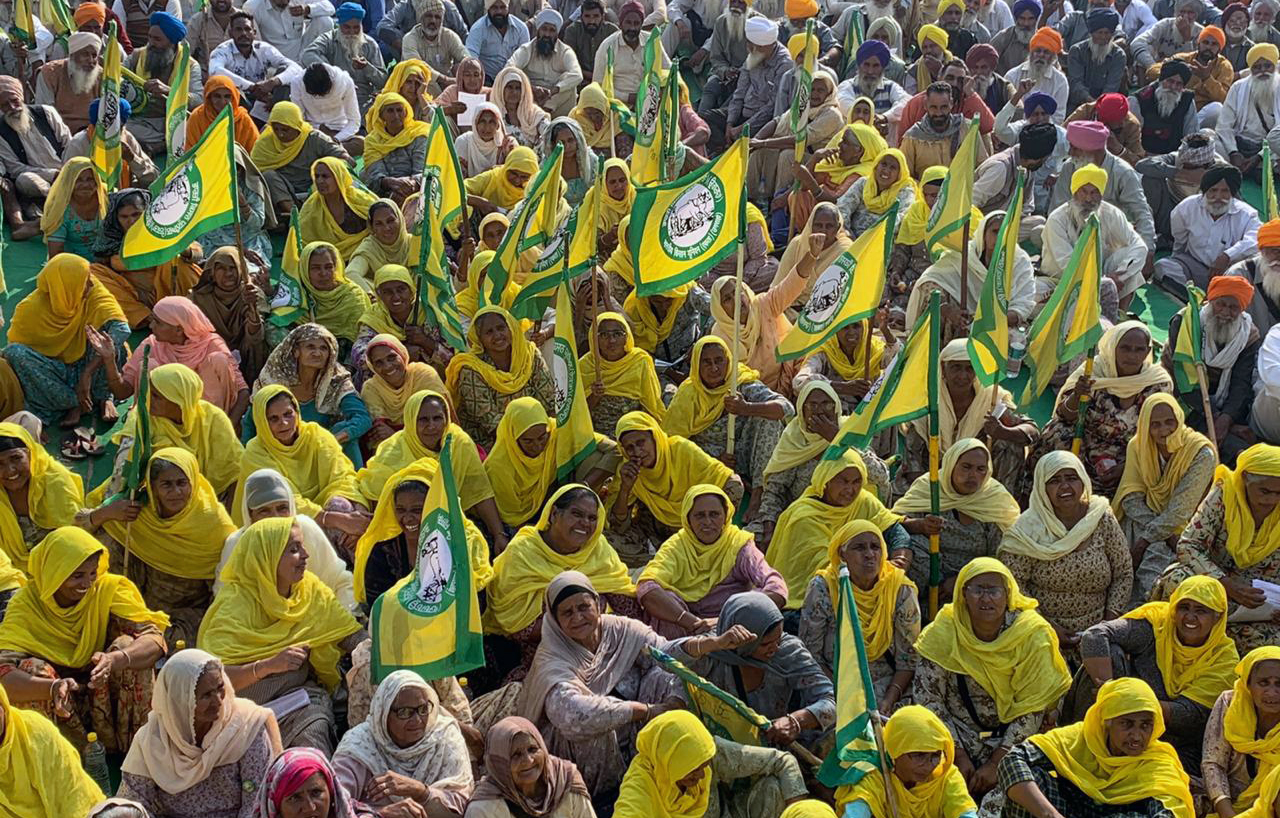 Punjab started the protest, but now it has spread all over the country

A ground report from Tikri border by Pargat Singh Satauj. Pargat is a young Punjabi writer, who was awarded the Sahitya Academy Youth Writer Award in 2012. He later denounced the award in protest against the existing regime. He is present at the protest sites and is actively lending support to the farmers’ rebellion against the Farm Laws. This report was sent by him to us yesterday. Pargat had  written the original using the Gurmukhi script. Below is the English translation of his report. 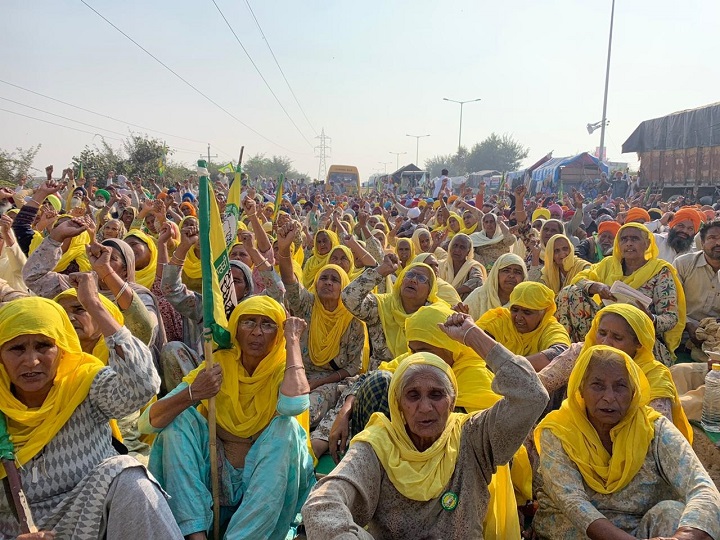 Come, I will take you to the Delhi’s Tikri border. Here, the protest march of the farmers, protesting against the draconian Kisan Bills brought by the BJP government, stretches for more than 10 kilometers. On other borders along Delhi, the protest marches are even longer.

Farmers and others supporting their struggle are coming here by motorcycle, cars, trucks, bicycles and even on foot.  The majority, though, are coming on tractors & trolleys. Most of the tractors are connected with two trolleys at the rear. The first trolley is converted into a makeshift home for resting and the second trolley is loaded with food, cooking materials, utensils, vegetables and grocery items, so that they can cook their meals whenever they feel hungry. The farmers are carrying with them huge quantities of grocery items, sufficient to last for more than a month.

The state sponsored media is spreading the fake news that these folks are Khalistanis. That they are not farmers, but people who have been paid to participate in protests. Whereas the truth is, here you will find both children and senior citizens who are nearing 90 years, and they have come to protest these anti-farmer laws being bought by the central government.

There was a farmer whose both legs and hands have been amputated, but he somehow had managed to come and take part in this anti-kisan protest. A 15 year old boy is also participating along with other farmers, and he said,

“My grandfather and my father are both unwell. That’s why I have come to take part in this protest on their behalf. My mother calls me daily, as she is very worried about me. I always speak to her in a joyous mood so that she does not worry”.

I spoke to an elderly army man. He narrated,

“I had fought for this country against Pakistan. I had devoted my whole life to the country. And now see how the government has rewarded me for my services. I had to come at this old age to protest against these bills in order to save my son’s future”.

Another person I spoke to was a Brahmin. He doesn’t own any agricultural land, but still  has come to take part in the protest. According to him, “I am not a farmer, but I eat their produce and if they, who produce crops for us are not happy, then how come those who are consuming it, can be happy either?” He further said, ” here nobody is a Hindu or Muslim or Sikh or Christian or rich or poor. We are all fighting for the cause of the farmers; we are all veterans.” Indeed, at the protest sites, everyone  sits together, eating food, sharing  tea and often even sleep together! Together ,they are fighting against this regime.

While cooking or even while eating, the slogan  ‘Kisan Ekta Zindabad’ could be heard echoing everywhere. This solidarity is not limited to shouting slogans only, but  there  are other examples that are being  created here. If you have come to participate in the protest of the farmers, then you can rest in any of their trolleys. You can sit and eat with any farmer who is cooking for himself. You will see that he feels proud in serving you food, tea, and other essentials.

It was heartwarming to see that people of Haryana and Delhi are helping the protesting farmers by all means. The people of Haryana are bringing cooked food, as well as milk and other grocery items, including vegetables, cooking oil, cheese, and pickles. The people of Delhi have gone even further by offering their washrooms and toilets for use to the protesting farmers, so that they can wash their clothes, as well as attend to the call of nature. One petrol pump owner of Haryana has started giving free fuel to the vehicles waiting to participate in this protest.

After having my lunch, I thanked the farmer who had served me food, and he replied, ‘No. Why are you thanking me? This is our duty. Rather we are thankful to you that you have come all the way to support us and save the farmers of this country from further doom.”

To support the farmers and to protest against the new farm laws, not only folks have come from Punjab, but now farmers as well as the ordinary people from Haryana, UP, Rajasthan, Bihar and  from states as far as Maharashtra are also joining. Yes, it is true that Punjab started the protest, but now it has spread all over the country.

Images are from a protest site at Tikri border sent to us by Gurpal Singh Guri, a student activist.