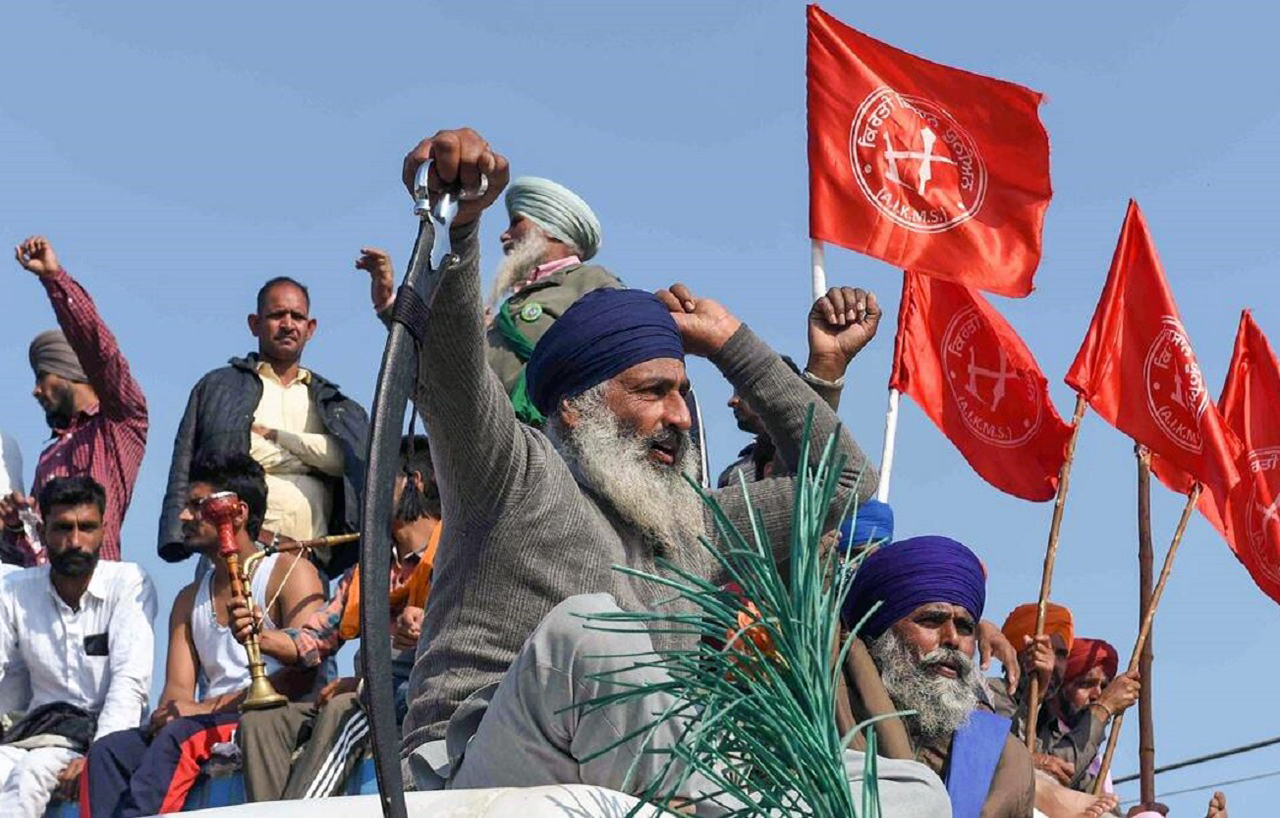 IN DEFENCE OF DEMOCRACY AND THE FARMERS’ MOVEMENT

Several mass movements issued a solidarity statement in support of the ongoing farmers struggle and called for the annulment of the 3 new farm legislations and Electricity bill 2020.

The widespread farmers agitations against the pro-business and anti-farmer legislations passed undemocratically by the Indian Parliament in September 2020, has been met with a predictable insensitive and muted response from the Government. At the meeting called by the Union Minister of Agriculture on 1 December 2020, ostensibly to break the deadlock arising out of these mass protests, the Government defended the laws and offered to setup a panel to defuse and kill the protests and play politics of divide and rule. The Joint Action Committee, representing over 500 farmers organisations working across the states and at an all India level, has rightly rejected the proposal of the government to set up a committee to presumably educate the farmers, rather than address their genuine demands.

We, the undersigned organisations, stand in solidarity with the ongoing protests calling for the repeal of the two new farm laws, and the reversal of amendments to the Essential Commodities Act. We also support the demand for the withdrawal of the Electricity Bill 2020.

We are alarmed at the repressive tactics to suppress farmer’s protests across the country and the arbitrary imposition of false cases on farmer activists. We strongly condemn the brutal repression of the struggle, tear-gassing and water cannoning on the Delhi borders in the biting cold.

We believe that these laws will lead to further landlessness and destitution because the laws permit the unsparing loot by the lobby of corporate producers. The Government is also under pressure from the United States and other developed market economies in the World Trade Organization (WTO) to dismantle the subsidy regime and the public procurement and public distribution systems put in place in Punjab, Haryana, Uttar Pradesh, Maharashtra, Karnataka and many other states. The government needs to state its position on the subsidy regime and the public food distribution system. While India has taken progressive positions at the WTO to withstand the pressure of developed countries so far and argued for a ‘peace clause’ to defend its public stockholding of food, the passing of the new farm laws gives an opposite impression. The new laws are paving the way for a path capable of completely disorienting agricultural production and a shift to grain exports.

This new path will make farming communities more exposed to the uncertainties of global prices, demand and supply. Farmers of the protesting states are the backbone of the food security of the Indian people. They are reeling from persistent agrarian distress and the economic impact of the measures taken by the past and present governments. This has put agriculture dependent families under severe indebtedness and have resulted in increased farmers suicides. The escalating price rise of essential commodities, unemployment and hunger is having serious consequences on the livelihoods of the young and old, women and children of all castes, religions and classes.

We stand for the withdrawal and repeal of the new farm laws. We ask the Government to display its sincerity to meet the farmers’ demand of repealing the three anti-farmers, anti- people laws by immediately promulgating an ordinance to stop the implementation of these laws.

We seek the withdrawal of all cases imposed on the struggling farmers and leaders of the farmers’ organizations.

Farmers’ organisations have been consistently raising the demands of loan waivers and fixation of a minimum support price on the basis of the report of the Swaminathan Commission.

We seek the immediate grant of loan waivers for farmers, especially widows of farmers who have committed suicide and those who have taken loans from microfinance companies and SHGs.

We demand monthly income support to all vulnerable families. We demand the implementation of MNREGA and of universal social security support systems, which also includes support for health care and education of the farmers.

We call upon all progressive and democratic organisations and individuals across the country to be in solidarity with and support the farmers’ movement in their just and democratic struggle for a life with dignity.

Recording of the press conference is at: https://www.facebook.com/SavePublicSector/videos/3122131924680483 and
https://www.youtube.com/watch?v=M5So3uioKfM
Share this
Tags : AIKSCC Protest against Farm Bills Farmers Protests