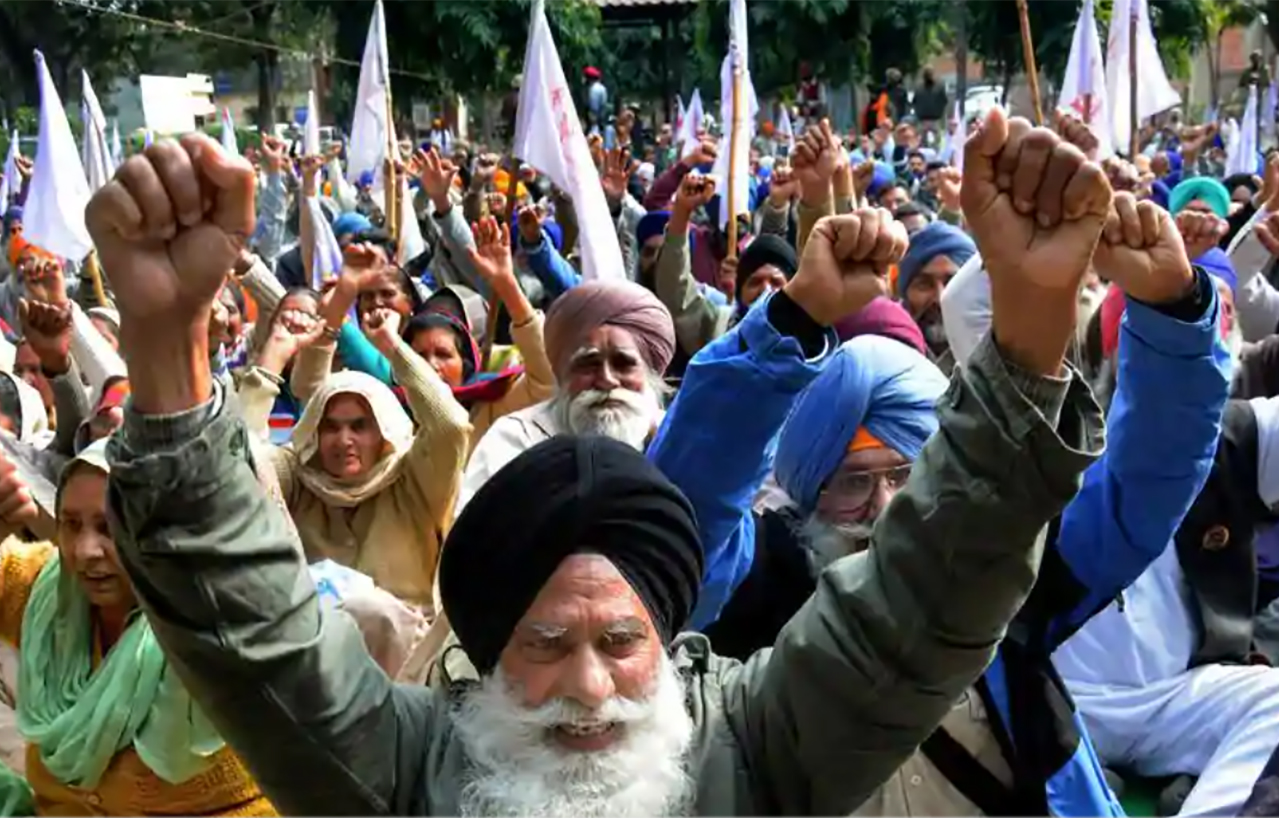 As the protesting farmers meet Union Ministers with their demand to repeal the pro-corporate Farm Laws, the PM attacks demands of farmers for continuing with MSP, govt procurement of food grains, loan waiver for farmers, and cheap fertilizers and inputs – alleges AIKSCC in a public statement.

Prime Minister’s poser to pass off the Farmers’ demands as ‘Opposition led misinformation’ has been castigated by the Working Group of AIKSCC as an attempt to draw attention away from his Farm Acts which empower the Corporate and MNCs, while eroding the livelihood means of farmers. He is avoiding the issue focused and raised by the farmers protest, that this is “Farmers versus Corporate” interests and GOI is standing with the Corporate and MNCs.

PM’s pleading that opportunities for farmers will increase, alternatives will come in, there is nothing barring old system from operating etc. are blatant lies. The Acts clearly mention that trading will be done by private corporations and the crop rates will be decided by online exchanges, not MSP rates, which is the old system.
The Corporations were hitherto barred by law from trading. These laws give them opportunities, make them the alternative in dictating terms of farming, purchase, processing, storage and marketing of food.

Farmers are correctly pleading while the Prime Minister is not listening, that Contract farming, Corporate Private Mandis etc. will finish freedom to do farming, will increase input burden, debts, losses and increase farm suicides and displacement from land. PM has claimed free availability of fertilzers, but has tried to hide that prices have more than doubled during his tenure.

The PM has gone all out to attack earlier demands of farmers for MSP, govt procurement, loan waiver, cheap fertilizers and inputs. All of these increased burden on farmers because big corporates had commercial interest was in selling costly inputs, fertilizer, diesel, seeds, electricity and they did not want Govt procurement and mandis to restrain them. PM has claimed that the old system has failed and he has brought these laws as a new system. The new laws give direct charge and monopoly over farming to corporate world. This is what farmers in Delhi are trying to tell him, to which he has turned a deaf ear.

AIKSCC has appealed to the PM to stop pretentious sloganeering that “Annadata Aatmanirbhar Bharat ki Aguai Karega” as his laws and policies are pushing them to “Annadata Companiyon ka Gulam Banega”. AIKSCC has also attacked the 3 farm laws and EB 2020 for promoting black marketing, raising food prices and finishing off PDS and food security for the poor. It said the PM is running away from giving answers, making mockery of talks, but soon the Farmers movement, whose ranks are swelling and whose determination to stay put is rising, will force him to reckon with reality.

Working Group of AIKSCC has appealed to the Delhi AAP govt to immediately withdraw its notification of the New Mandi Bypass Act in Delhi and to come clean on whether it is supporting the farmers or the Corporate.