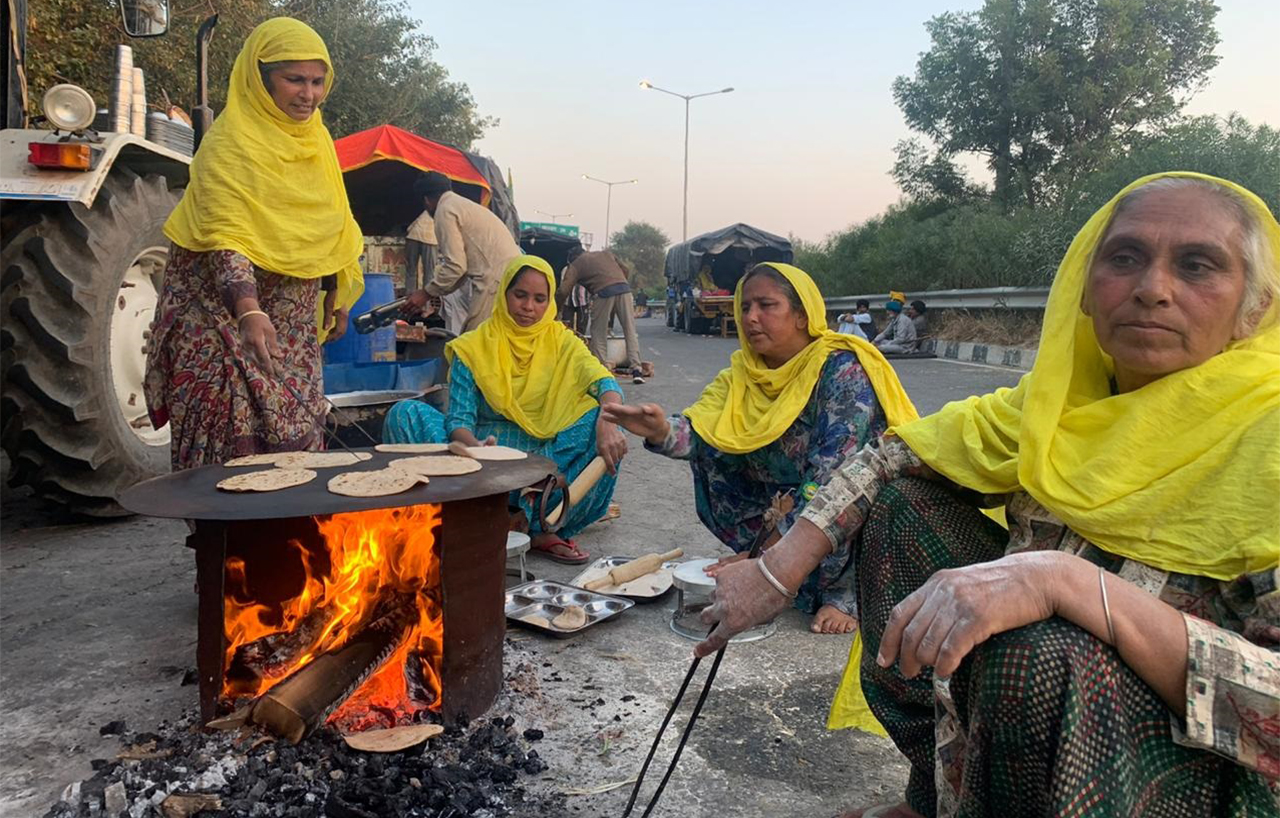 CDRO CONDEMNS THE REPRESSIVE, INHUMAN TREATMENT METED OUT TO THE PROTESTING FARMERS

Thousands and thousands of farmers from the states of Punjab, Haryana as well as Western Uttar Pradesh have marched towards Delhi protesting peacefully against the recent anti-farmer laws as well as the Electricity Bills. According to the Press Trust of India, the police had stationed water cannons and used barbed wires at some Delhi border checkpoints. The law-enforcing officers from neighbouring Haryana had placed cement and steel barricades and parked trucks to stop the farmers’ tractor-trolleys, the report said. Instead of tackling the issue politically through dialogues with the farmers, police and civil administration have unleashed terror. The police targeted the peaceful protestors with cold water sprayed from water-cannons. According to one report, about 100 leaders representing farmers have been arrested in Haryana, Uttar Pradesh and Uttarakhand. One of the young farmers, a 26-year old Navdeep Singh, who was a part of the protesting group sprayed with cold water, stopped the water supply from the cannon. He has been charged with attempt to murder which carries a maximum penalty of life imprisonment, rioting and violation of COVID-19 rules. This police atrocity in open daylight is proof of its brazen disregard for democratic norms.

As per latest reports from the ground by CDRO observers, the police behaviour of Haryana is condemnable that they are interfering in Langer of agitating farmers and disallowing water supply. The police have got the trucks parked on the road and have taken away the keys so that those could not be moved away. The Para military forces are being deployed  at large numbers .This shows that the centre government’s mind is not to resolve farmers’ genuine grievances. But it is highly appreciable as the local people are coming in support rising above all differences which were being propagated by BJP workers.

Furthermore, the union ministry has tried to impose a precondition of talks. Rejecting the Centre’s conditional talk offer, the All India Kisan Sangharsh Coordination Committee (AIKSCC)- an umbrella body of farmers’ groups – says, “The government, if it is serious about addressing the demands of the farmers, should stop laying down any conditions (you move to Burari Grounds in a ‘structured way’ and then we will start a dialogue in the next days), should stop assuming that the dialogue can be about ‘an explanation to farmers about the benefits of the Acts’ and should come straight out with a proposal about the solution it is offering. The farmers are clear about the demands.” (Source: https://timesofindia.indiatimes.com/india/farmers-continue-to-protest-at-delhis-border-latest-developments/articleshow/79473878.cms).

Did the farmers’ rally take place suddenly taking the governments of Haryana, Delhi and Central Government by surprise? No. On the contrary, ever since the three anti-farmers’ bills were introduced in the Parliament during its monsoon session, farmers, especially in Punjab, Haryana and UP, are protesting against the anti-people bills aimed to open the floodgates of large-scale agro industries and crony capitalists to enter the agriculture sector, which will not only affect the farmers but the price will be paid by all consumers with high prices of food items due to monopoly storage by corporate. “Dilli Chalo” call by the farmers’ groups was announced in September 2020. So much was the pressure from below that former Union Minister Harsimrat Kaur from Shiromani Akali Dal (SAD) had to resign though SAD has been the oldest of the allies of the BJP and has supported it unconditionally in the past. Thus, the pulse of the farmers was not unknown to the ruling dispensation. In fact, from the steps taken by the BJP in introducing the bills to the present marked indifference, the anti-farmer attitude of the current central government is in clear display. A quick look at the three controversial bills will bring this truth out.  The consultation of home minister and defence minister with BJP president and agriculture minister tells further the intention of the present regime.

Without any due consultation with the stakeholders, the central government in its characteristics undemocratic way have used its thumping majority in the parliament to push three bills, The Farmers’ Produce Trade and Commerce (Promotion and Facilitation) Bill, 2020, the Farmers (Empowerment and Protection) Agreement on Price Assurance and Farm Services Bill, 2020, and the Essential Commodities (Amendment) Bill, 2020. These bills have weakened the existing system of government procurement at guaranteed prices at APMC (Agricultural Produce Market Committee) mandis by opening up agricultural marketing and trade to facilitate hijacking by participation of corporate sectors. The Farmers’ Produce Trade and Commerce (Promotion and Facilitation) Bill, 2020 under the deception  empowering  the farmers to sell their crop outside of the APMC mandis have removed the guaranteed food grain procurement at the minimum support price (MSP). Even if we accept that a few real big farmers might be able to leverage some benefits, the marginal and small farmers, who constitute 85% of the farmers as per Agricultural Census of 2010-11, will suffer as they lack resources to store and transport food grains to distant places, and even out of state places. The perpetual indebtedness of these middle and small farmers make them weaker in terms of bargaining power in front of the corporate agro industries. If the government were really sincere in removing the woes of the farmers, would they not have implemented Swaminathan Commission’s formula that calculates the MSP based on a comprehensive measure of cultivation costs that includes the imputed cost of capital and the rent on the land, so-called C2 plus 50%? The very fact that they did not include this provision in the Farm Bill shows the intent of the government in helping the capitalists at the dictat of the World Trade Organisation, which wants the government to cut subsidies and reduce public stockholding. It may be noted that the Shanta Kumar Committee had articulated the same and recommended privatisation of procurement and storage operations as well as for a reduced role for the Central Government. (Doors Unlocked for Corporate Loot as Farmers Kept in Lockdown (outlookindia.com)). The Essential Commodities (Amendment) Bill, 2020 decontrols the production, storage, movement and sale of agricultural products, except in the case of extraordinary situations. This removes limits on the amount of foodgrains that can be stocked up, allowing big traders to hold large amounts of stocks. The removal of stock limits and facilitation of bulk purchase and storage could also lead to hoarding of large quantities of crops, creating an artificial shortage, only to sell it later at higher prices (https://www.epw.in/journal/2020/40/editorials/imposing-new-inequities.html). Amendments to the Essential Commodities Act in removing commodities like cereals, pulses, oilseeds, edible oils, onion and potatoes from the list of essential commodities will also emerge as a threat to food security. The intention of promulgating ordinance during corona gave a clear effect of exporting essential food items worth 50000 crore  during this period. The people had to pay the price of onion and potato through their nose. So this makes it clear what will be effect on consumers too.  Finally, by  removing, or at least reducing, the chances of states to get taxes through the sale of agricultural products at APMC, the BJP government has undermined once again the interest of the states and have struck yet another blow to the federal structure of our country.

CDRO, therefore, expresses solidarity with the struggling farmers and demands: