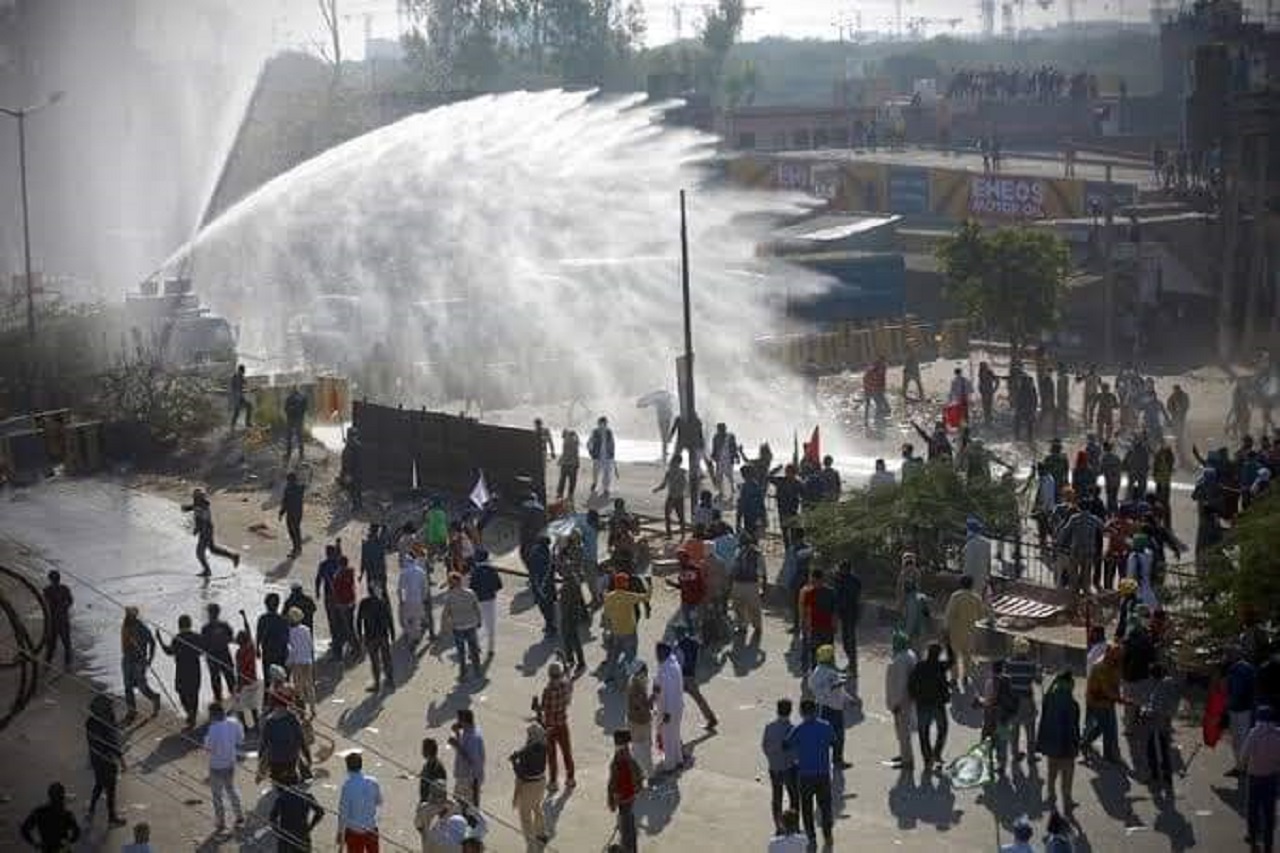 The Government of India had to surrender to the will and resolve of farmers of India, to march into the National Capital, to voice their demands, and express their resistance against the 3 black central farm laws. The Union Home Ministry finalised Nirankari Grounds in Burari for farmers’ protest and has allowed free passage of farmers into Delhi. This is as per the assertion of farmers that they have a right to come to the capital of the nation to air their grievances.

Several thousand farmers from Punjab and Haryana have started reaching the borders of Delhi since today morning. While RSS–BJP government unleashed inhuman water cannoning in this bitter cold and tear-gassed farmers, farmers have shown exemplary discipline and restraint in peacefully pushing ahead to Delhi. Roads have been dug up by administration to prevent farmers from travelling but farmers have filled up the ditches with their own hands. “This is a ditch that the government has dug for itself in fact”, said a media statement.

Haryana farmers are already joining the Punjab farmers in large numbers. Massive numbers are moving along Punjab to Delhi routes and Delhi should see an inflow of lakhs of farmers into Delhi by tomorrow, including from Uttar Pradesh and other states.

There are huge protests being organized in West UP today in Hapur, a highway blockade at Bagarpur checkpost on Delhi Moradabad highway, in Muzaffarnagar, in Sambhal and in Rampur. Rampur farmers have been obstructed in their movement to Delhi and the stand off continues with farmers pressing to be allowed. Large numbers of farmers from other districts of UP too are expected to move in from tomorrow onwards.

The farmers of India, led by various organisations, severely condemn the attempts to unleash repression on the farmers under guidance of the Modi Govt at the centre. Today morning there has again been water cannon charging and tear gas shelling at Tigri, highways have been excavated at Sonepat, Kaithal and Murthal to prevent tractors and trolleys from moving.

The Samyukt Kisan Morcha formed to coordinate the Dilli Chalo call, of which AIKSCC is a constituent, has sent a letter to the Prime Minister to give permission to the farmers in Delhi and make arrangements for their comfortable stay. They have grievances against the Central Govt. for having passed 3 pro corporate, pro MNC farm laws and the proposed Electricity Bill 2020, detrimental to their existence and future. The Central Govt. should stop putting obstacles in the path of democratic assertion by India’s farmers. It should welcome its citizens and listen to them.

Farmers groups have castigated the Agriculture Ministers’ assertion about talks with farmers on December 3. The Central Govt. has no declared agenda to discuss with the farmers. Farmers are clear about their agenda which is that the 3 Acts and Electricity Bill 2020 have to go. If the Central Govt. has any stand on this, it should state so. If not, it should not create any confusion about talks. Question of talks is to befool the rest of the country and those who are not fully acquainted with the issues. If the Central Govt. declares so, then an atmosphere for talks can be created in which all farmers organization will participate.

In the morning, several trade union, student, women and democratic organizations held a protest at Jantar Mantar to assert their support for the farmers’ demands.