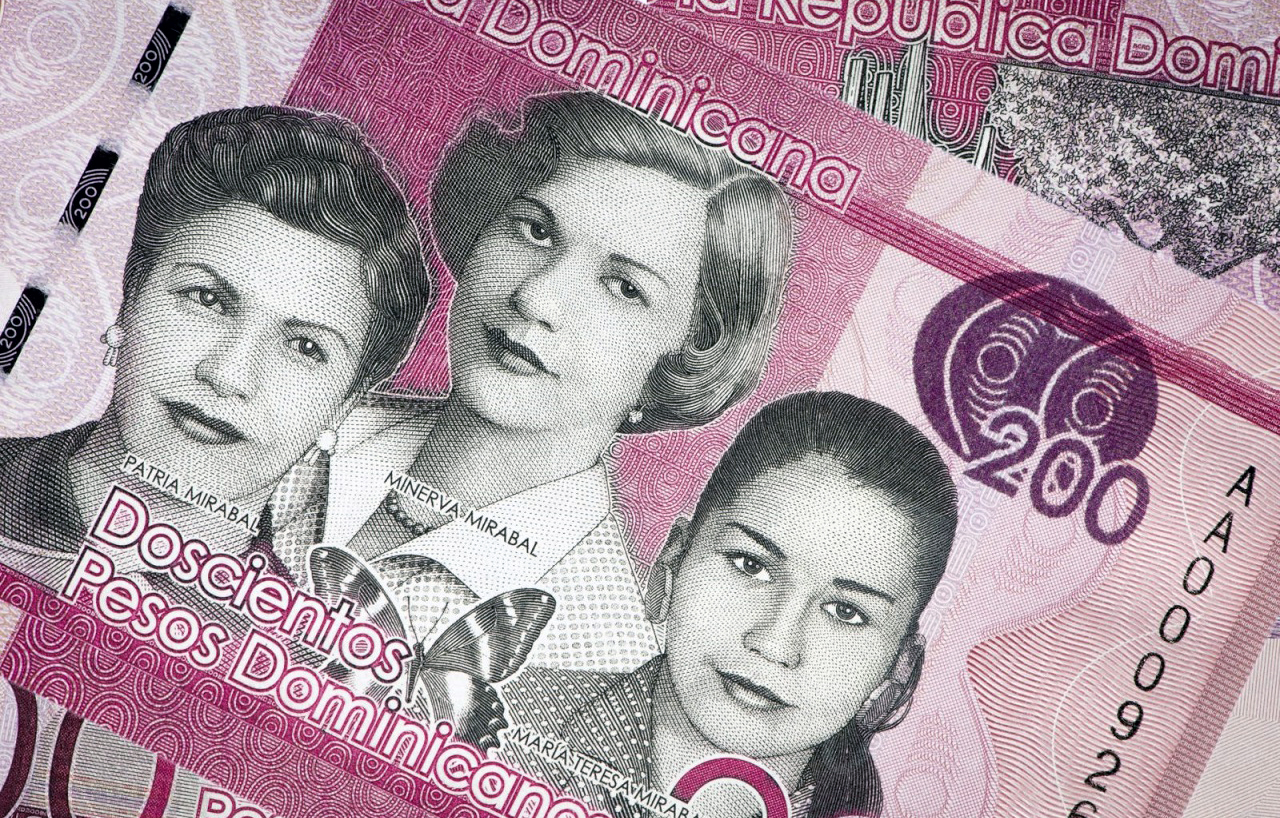 This year November 25 , the day observed as the International Day for the Elimination of Violence against Women, has come with a new and unique challenge — and that is, to take the fascists head on, uproot them from society and reclaim women’s agency. The heroic lives and martyrdom of the Mirabal sisters in the struggle against tyranny will surely be a fountainhead of inspiration in women’s resistance against fascism, writes Sarmistha Choudhury.

Sixty years ago, on November 25, 1960, three women activists — the Mirabal sisters (Minerva, Patria and Maria Teresa) — were killed by agents of the government of the Dominican Republic, then under the dictatorship of General Rafael Trujillo. The sisters were leading critics and opponents of Trujillo’s bloody regime and had taken inspiration from Fidel Castro and the revolution in Cuba to organise an underground movement to topple Trujillo’s dictatorship. Before their murder Minerva and Maria Teresa had spent months in prison, tortured and brutalised physically but with spirits unshaken. The Mirabal sisters’ assassination created a much greater surge of anger and resentment among Dominicans than most of Trujillo’s former heinous crimes had done, and paved the way for the hated dictator’s own assassination six months later. Eventually, the Mirabal sisters became symbols of feminist resistance and November 25 came to be observed as the International Day for the Elimination of Violence against Women.

It is bitterly ironical that, a day before the International Day for the Elimination of Violence against Women, the BJP-led government in Uttar Pradesh dealt a violent blow to the very idea of women’s agency in the form of the Uttar Pradesh Unlawful Religious Conversion Prohibition Ordinance 2020. This Ordinance makes it legal for the State to harass and penalise a woman for marrying a person of another religion, and initiate a criminal case to investigate her ‘motive’ and ‘choice’. Shod of all dressing, the Ordinance is a throwback to the racist Nuremberg Laws of Hitler’s Germany in the 1930s wherein marriages between Jews and German Christians were outlawed. The Uttar Pradesh Ordinance is also aimed at outlawing inter-faith marriages, especially between a woman of Hindu origin and a man of Muslim origin. Further, it legitimises the patriarchal principle that a woman is not to be allowed to love and marry the man of her choice. With Uttar Pradesh showing the way, Madhya Pradesh and many other states are likely to follow suit and come up with such legislation against inter-religious marriages.

For some weeks now, leaders of BJP-led governments of states like Uttar Pradesh, Madhya Pradesh, Haryana and Karnataka have been crying themselves hoarse on the subject of ‘love jihad’ — which is actually a derogatory euphemism for marriages involving Hindu women and Muslim men — in a fascistic attempt to criminalise an individual’s choice in case of marriage and also demonise the minority community. It is another matter that the term ‘love jihad’ is not defined under the extant laws, and ‘love jihad’ as an organised conspiracy by men of the minority community to seduce and marry women of the majority community, in order to humiliate and overpower the latter, simply does not exist. In 2018, in the celebrated Hadiya case the Supreme Court had set aside the Kerala High Court judgment annulling the marriage of Hadiya (a Hindu girl who had converted to Islam) and Shefin Jahan. The Supreme Court had then said that “the right to marry a person of one’s choice is integral to Article 21 (Right Life and Liberty) of the Constitution”. Days before the Uttar Pradesh Ordinance, the Allahabad High Court quashed an FIR against Salamat Ansari who had married Priyanka Kharwar after the latter had converted to Islam, and refused to entertain any attempt to break up a marriage between two consenting adults. In its order, the Allahabad High Court clearly said, “… courts and the Constitutional courts in particular are enjoined to uphold the life and liberty of an individual guaranteed under Article 21 of the Constitution of India. Right to live with a person of his/her choice irrespective of religion professed by them is intrinsic to the right to life and personal liberty. Interference in a personal relationship would constitute a serious encroachment into the right to freedom of choice of the two individuals.” Further, once again in Uttar Pradesh, a Special Investigation Team (SIT) set up in September to probe alleged cases of ‘love jihad’ ruled out any conspiracy in all the 14 such cases it investigated. The cases involved Hindu women marrying Muslim men and had taken place over the last two years in UP’s Kanpur district. The SIT report, submitted earlier this week, dismissed charges that the Muslim youths had the backing of any ‘jihadi’ organisation and that they had received funds from abroad to contract inter-faith marriages.

Perfectly aware of all this, the fascist BJP is still rushing along a clearly unconstitutional path driven by a twofold agenda — twin hallmarks of fascism — of instigating the majority community to regard the minority community with suspicion and mistrust and thus creating a fertile ground for communal flare-ups, and of denying women any agency. The aim is to terrorise and torment the minority community, trigger riots and orchestrate pogroms — all in the name of ‘protecting’ women, who of course are deemed as mere puppets, from imaginary ‘love jihadists’.

The fascists have skilfully conjured up the spectre of ‘love jihad’ against the backdrop of a steep and steady rise in cases of violence against women across the country. India ranks 112th among 153 countries in the Global Gender Gap Index and 150th on health and survival parameters. A woman is raped in our country every 15 minutes. Four Dalit women are raped everyday on average. The year 2019 saw 4,05,861 reported cases of crimes against women, an increase of 7% from 2018. Uttar Pradesh reported the highest number of crimes against women in 2019, accounting for 14.7 per cent of cases across the country. Madhya Pradesh led the list of states in female foeticide. Haryana came third from the top in rate of crimes against women with 110.4 such crimes reported per lakh population. Between the years 2015 and 2020, 5.9 lakh female children have died every year on average as a result of pre-natal sex selection. Domestic violence during Covid times has assumed the proportions of a ‘shadow pandemic’. The grim reality reflected in these statistics would have been impossible without State complicity — at political, administrative and cultural levels — in the violence against women.

One very important aspect of this State complicity, especially in these times of fascist ascendancy, is the institutionalised denial of women’s agency. The fascists’ diatribe against ‘love jihad’ and corresponding legislation are the latest in the series of attacks on women’s agency. Spiraling violence against women has nothing to do with ‘love jihad’ or forced religious conversion; on the contrary, it has everything to do with lack of women’s agency. With their vision of ‘Hindu Rashtra’ — a nation not for all Hindus but only for rich, upper-caste, Hindu males; with their resurrection of the Manu Smriti; with their projection of women as the property of the men of the community; the fascists are attempting to stamp out women’s agency altogether.

Women do not need protection from imaginary ‘love jihadists’. What women need is agency. Women need liberty and enabling conditions to savour and exercise that liberty. The challenge is to unite to thwart all propaganda and legislation against inter-faith relationships and marriages, uphold communal harmony and defend women’s freedom of choice.

Hence, this year November 25 has come with a new and unique challenge — and that is, to take the fascists head on, uproot them from society and reclaim women’s agency. The heroic lives and martyrdom of the Mirabal sisters in the struggle against tyranny will surely be a fountainhead of inspiration in women’s resistance against fascism.

The author is a left political activist and leader of AIRWO.