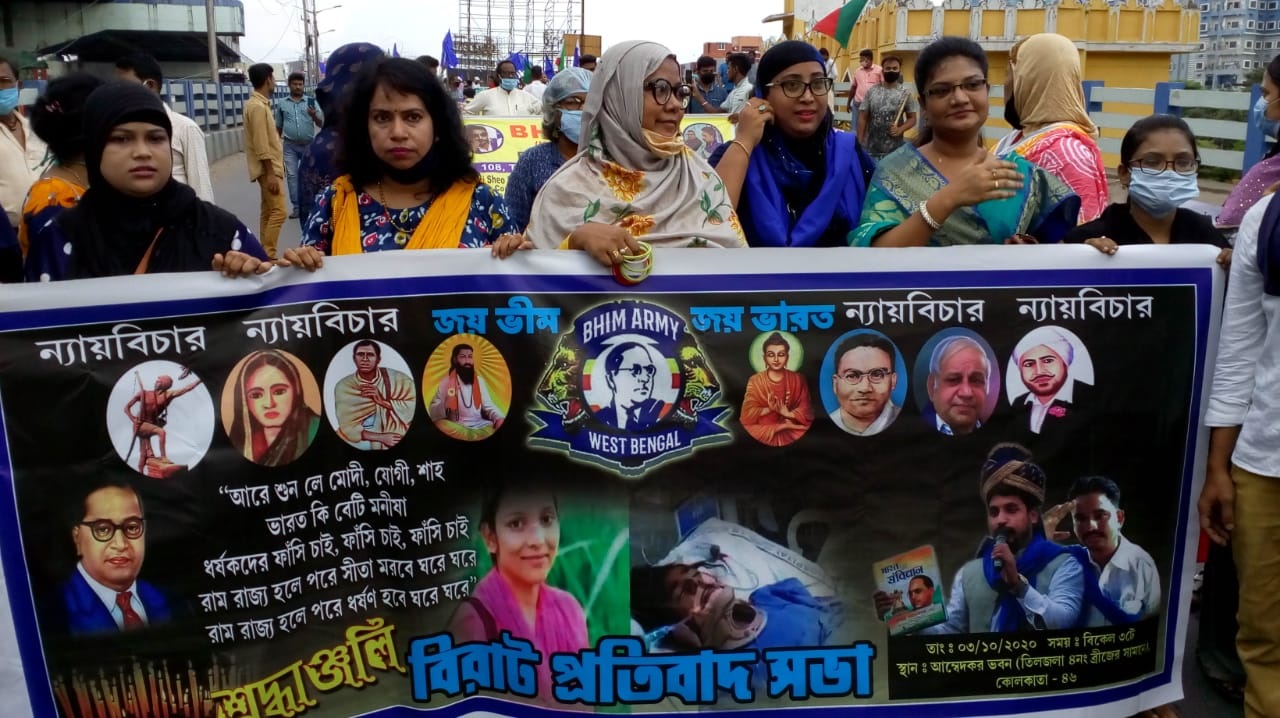 All India Dalit Mahila Adhikar Manch (AIDMAM), National Dalit Movement for Justice (NDMJ) along with Joint Action Forum for Dalit and Adivasi Women have come together to put forth our demands to ensure justice for Dalit and Adivasi women who have been targets of sexual violence in the country time and again. In the event of the recent rising atrocities in Uttar Pradesh specifically the Hathras gang rape and murder; NDMJ and AIDMAM organized a protest at Ambedkar Bhawan, New Delhi.

The Hathras gang rape and murder is not a stand-alone case. According to NCRB data every day 10 dalit women and girls are raped in the country. It should be noted that the crime rate against Dalits in Uttar Pradesh has been rising exponentially. Dominant castes are using sexual violence as a tool to showcase their power and authority. Such ghastly incidents of violence are perpetrated everyday against women and minors and especially during the Pandemic and the Lockdown; Uttar Pradesh has witnessed several cases of atrocities against Dalit women; with Lakhimpur Kheri leading in the graph of violence. In the past 60 days more than six atrocities were reported in the district against Dalit women and minor girls. Similarly in Saharanpur district, six cases of abduction and rape have been reported. These gruesome incidents of sexual violence reflect the real picture of Indian society constructed on violent casteist patriarchal structure. In Hathras, rape and murder of the dalit girl, intimidation of the family, burning of the girl’s body in the middle of night, without the consent of the family by the authorities, and the organising of the dominant caste groups raises many questions on the casteist systems prevailing in the society, and even in the legal system. Brutalization of Dalit women’s bodies continue as cases of sexual assault of Dalit girls from Balrampur, Azamgarh, Bhadoi were also reported.