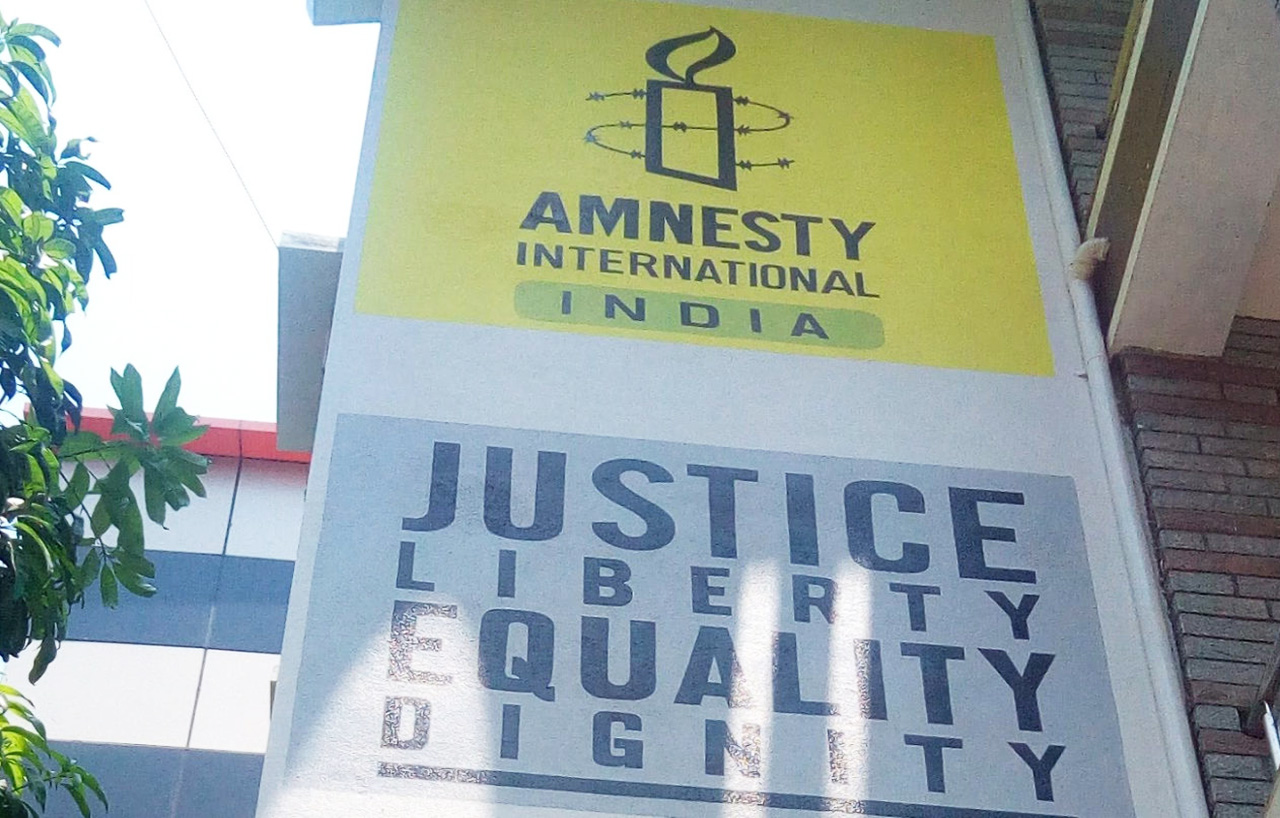 Amnesty International in a press statement on September 29th, 2020, announced its decision to halt its India operations due to “reprisals” from the government. The human rights body has accused the government of indulging in a “witch-hunt,” and says its bank accounts have been completely frozen, which forced it to suspend all its work in India. A GroundXero report.

Narendra Modi and Amit Shah’s animosity and hatred towards human right organizations and activists working in India is no secret, given their active role in indicting and exposing his government’s complicity in the communal riots in Gujarat during his Chief Ministership.  As he became Prime Minister in 2014, and carried forward the Hindutva nationalist agenda, the contradictions with human right groups and activists sharpened further. Economic Times, in a report published on Feb 21, 2016, quoted the Prime Minister Narendra Modi as saying that he is a victim of a conspiracy by non-governmental organizations, who have always wanted to “finish” him and remove his government. While addressing a farmers’ rally in western Odisha’s Bargarh district, Narendra Modi said, “They are also upset because I told a few NGOs to give us an account of the foreign funds that they spend here. They ganged up and said ‘beat Modi, beat Modi, he’s asking us for an account of our expenditure’.” Comparing the NGOS to black marketeers, the PM further said, “They conspire from morning to night on ‘how do we finish Modi, how do we remove his government, how do we embarrass Modi?’ But my friends, you have voted me to rid the country of these diseases.”

So, to get rid of ‘these’ diseases, Narendra Modi’s government has used the state machinery at its command – the  ED, CBI, Income tax department, the crony-media and recently has even amended the FCRA act to make it impossible for the NGOs, particularly human rights and environmental groups, who are critical of his government’s policies, to function in India. It is strange that the amended FCRA law allows foreign funding in media and even to political parties, but restricts foreign funding to NGOs active in areas of health, education and civil rights and environment.

Amnesty India has been targeted, attacked, bullied and harassed on flimsy grounds, because of its reports on human rights violations by the Indian armed forces in Kashmir and its exposure of the partisan role of police under Union Home ministry during the February riots in North-east Delhi.

The statement by Amnesty details the chronology of the attacks and harassment on it.

Rajat Khosla, Amnesty’s senior director of research, advocacy and policy, told the BBC “Amnesty International India has been facing an onslaught of attacks, bullying and harassment by the government in a very systematic manner.” He further added, “This is all down to the human rights work that we were doing and the government not wanting to answer questions we raised, whether it’s in terms of our investigations into the Delhi riots, or the silencing of voices in Jammu and Kashmir.”

The Modi government is not going to tolerate any dissent to its nationalist Hindutva agenda and corporatisation of the economy. Dissent, to this regime, is sedition, an” anti-national” conspiracy to destabilize it. This becomes amply clear when on 27th January 2020, Nageswara Rao, a serving Indian Police Service officer, allegedly close to many senior RSS leaders, disregarding service rules, wrote an article titled “The Dangers of Foreign Funding” in the RSS mouthpiece Organiser. In the article, Mr. Rao called for a complete ban on foreign funding of NGOs in India as it “colonise[s] our minds and subvert[s] our national discourse.” He opined that the only way to save the country from the menace of NGOs, which are endangering the unity and integrity by causing civilisational osteoporosis, is to ban all sorts of foreign ‘donations’, whatever may be their purpose. He, however, advocated an exception for donations made by Overseas Citizens of India (OCIs), in their individual capacity as they are not acting as agents or conduits for others.

There is no doubt that Mr. Rao, who was later appointed as the interim CBI director, was reflecting the view of the RSS and Government. The hounding of Amnesty India should not be seen in isolation from the incessant witch-hunt of human rights organizations and activists, artists, students, lawyers, and public intellectuals by the Government over unfounded and motivated allegations. The attacks on Amnesty is only an extension of the various repressive policies and sustained assault by the government on those who dare to speak truth to power.