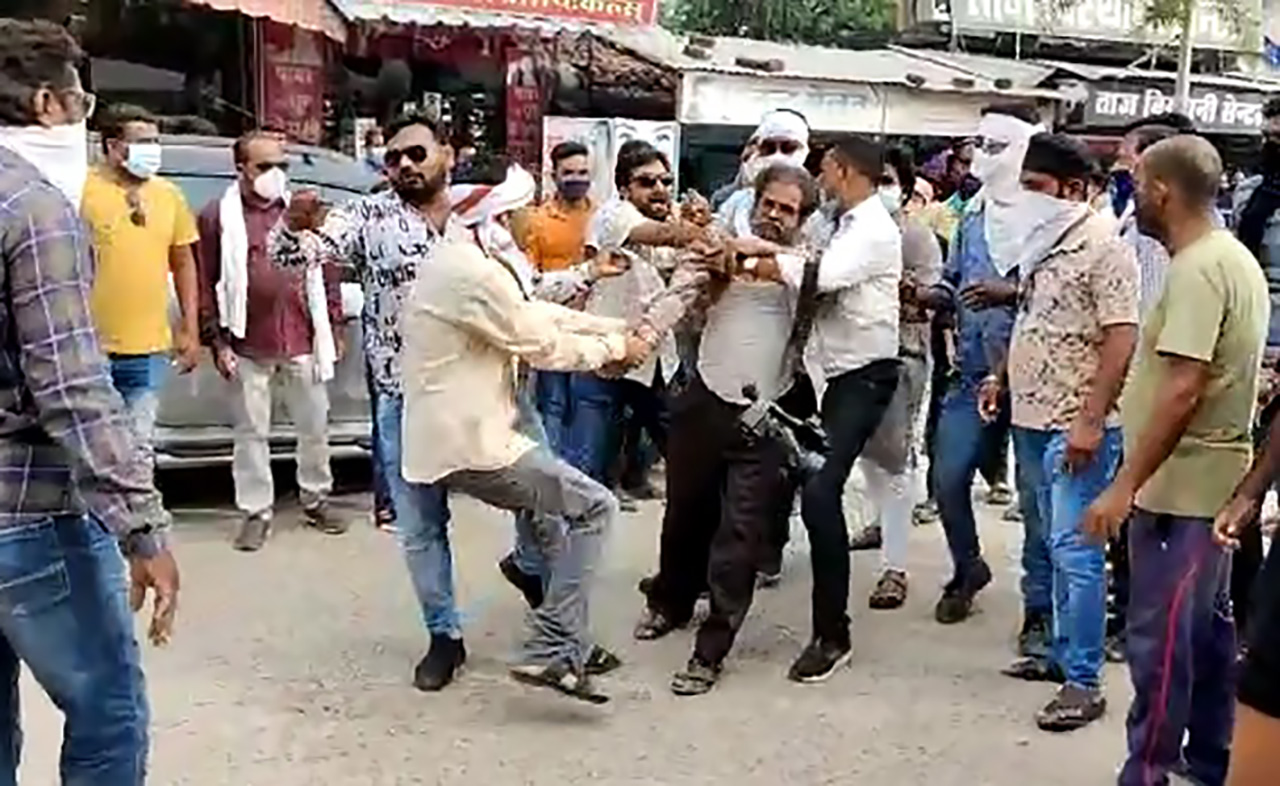 Chhattisgarh journalist Kamal Shukla, who is editor of Bhumkal Samachar and head of the Patrakar Suraksha Kanoon Sanyukt Sangharsh Samiti was attacked by goons on Saturday afternoon in Kanker district of Chhattisgarh. According to local journalists, the incident took place when Shukla went to the local police station after hearing that a fellow journalist, Satish Yadav, had been assaulted by local municipal corporators belonging to the ruling Congress party. People’s Union for Civil Liberties (Chhattisgarh) has strongly condemned the attack on senior journalist Kamal Shukla and other journalists in Kanker by politically backed local goons, and demands strict action against the perpetrators.

People’s Union for Civil Liberties (Chhattisgarh) strongly condemns the attack on senior journalist Kamal Shukla and other journalists in Kanker by politically backed local goons, and demands strict action against the perpetrators. It should be noted that Kamal Shukla had led the state wide campaign for a Journalist Protection Law which received tremendous support from all the media persons, and the Congress Party had promised to pass such a law.  It is ironic that today, after almost a year of the Congress Party assuming power in this state, the law is still not passed, and instead, its hoodlums are carrying out violent attacks against Kamal Shukla.

It is learnt that in early afternoon today, journalist Satish Yadav was beaten and dragged from a riverside hotel in Kanker by state government supported assailants, who took him to the police station 200 meters away and continued to beat him inside the police station.  Kamal Shukla and some 20-25 other journalists had gathered at the Kanker Police Station to protest this violence.  At the same time, more than 300 anti-social elements gathered there and brutally assaulted Kamal Shukla and other journalists, right in front of the local police, within the premises of the police station and right outside it. The very fact that this happened in broad daylight in such a public place, under the benevolent gaze of the police, proves that the attackers had full protection from the administration and the police.

It is pertinent that Kamal Shukla had been continuously exposing corruption amongst government officials and also highlighting the illegal sand mining mafia through his writings.  He had also received death threats prior to this incident. This is not a simple, spontaneous attack on him by an angry crowd, but a carefully planned and premeditated assault.  Kamal Shukla has received serious injuries on his head and neck due to this assault.  According to Kamal Shukla and other eye-witnesses, Gafoor Memon – the local representative of the MLA, Jiten Thakur – the ex-president of the Municipality, Maqbool Khan – the current vice-president of the Municipality, and Ganesh Tiwari were among those who attacked the journalists.