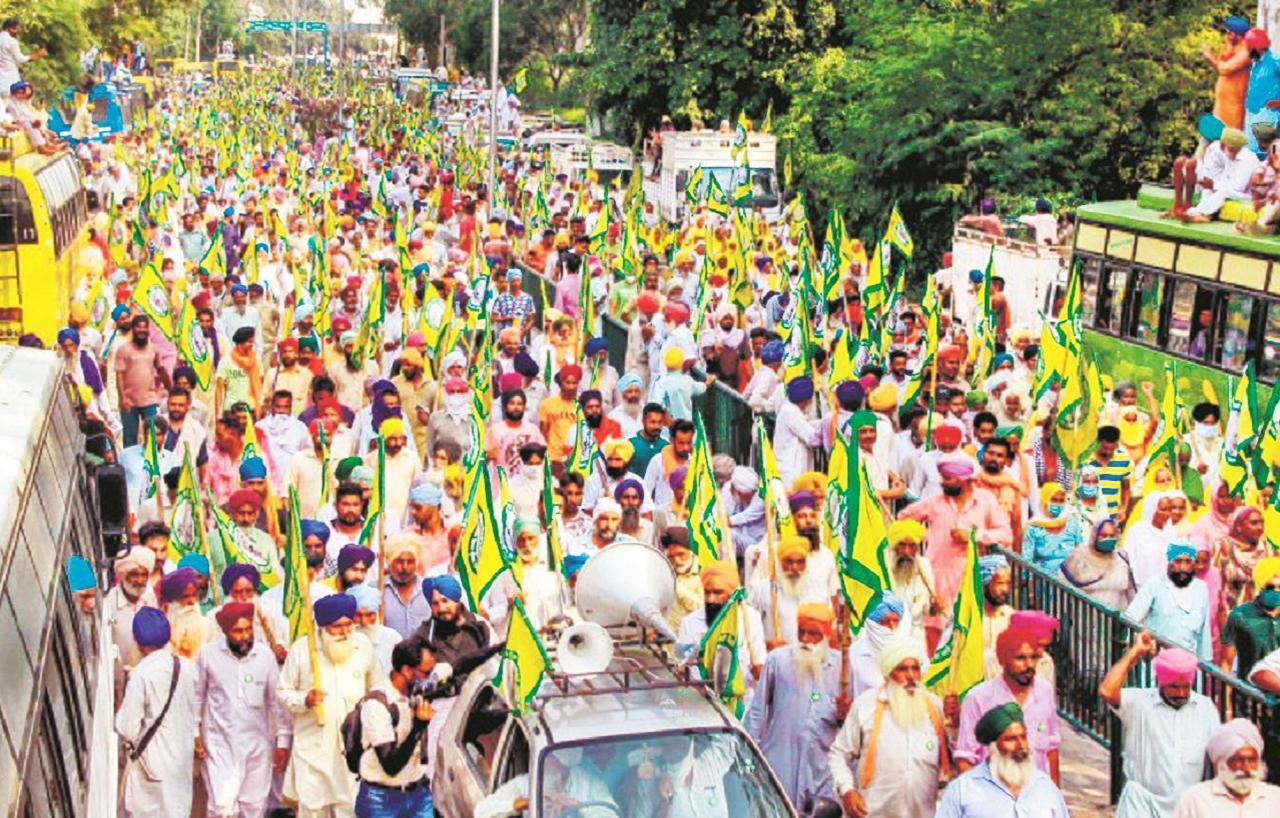 All India Kisan Sangarsh Coordination Committee (AIKSCC) has bitterly criticized the Prime Minister for openly inviting MNCs and Corporate to freely loot the labour of Indian farmers. In a Press Statement released by the pan-India  farmers body comprising of 250 farmers’ organisations, it accused the Prime Minister of throwing sawdust in the nation’s eyes when he is claiming that despite the three bills the ‘appropriate’ (uchit) Minimum Support Price (MSP) and procurement of food grains from farmers will continue, ‘as it was’ earlier. AIKSCC demanded that the Union government should pass a law to guarantee MSP and procurement of all crops and not allow MNCs / Corporates to do contract farming and purchase crops outside of Mandis. It alleged that the bills have removed cereals, oilseeds, pulses, vegetables from Essential Commodities, whose trading and pricing will not be checked by the government now. Food for the people will not be Essential and the Corporate will take control of the food chain along with infrastructure and agro markets.

The Working Group of AIKSCC has bitterly criticized the Prime Minister for diverting attention of the nation from the promises he made to the farmers of the country of securing their income and openly inviting MNCs and Corporate to freely loot the labour of Indian farmers. He is trying an old trick of linking the farmers’ anger to opposition parties, instead of coming clean and answering for his own politicking and betrayal of interest of farmers and agricultural workers. Debate is not Opposition versus Govt, but Farmers versus Govt Policy. Farmers continue to suffer high indebtedness, uprooting, displacement and are being forced to commit suicides without unnerving rulers.

AIKSCC has stood on its own firm ground to fight for “Karja Mukti, Poora Daam” ever since the BJP govt of MP ruthlessly fired upon and killed peacefully demonstrating farmers in Mandsaur in 2017.

The Prime Minister is throwing sawdust in the nation’s eyes when he is claiming that despite the three bills the ‘appropriate’ (uchit) MSP and procurement will continue, ‘as it was’ earlier. ‘Earlier’, the MSP was only for 23 crops, it was never ‘uchit’ and procurement benefit accrued to only 6% farmers as govt’s Shanta Kumar Commission confessed. It wanted to stop procurement by FCI and Nafed, storage and supply of food grain in PDS. AIKSCC struggle is for procurement of all crops, on MSP at C2+50%.

The Prime Minister should pass a law to guarantee MSP and procurement of all crops and not one to permit MNCs / Corporate to do contract farming and purchase crops outside of Mandis. To cover up his govt’s withdrawal from its responsibility, the PM has called these agro giants as more options and a ‘Surakhsa Kavach’ for farmers. Stopping govt procurement will end option for farmers.

Corporate bodies, FICCI and CII have for long demanded end to food grain procurement and opening up the grain market. WTO has been forcing closure of Fair Price Shops. The bills have removed cereals, oilseeds, pulses, vegetables from Essential Commodities, whose trading and pricing will not be checked by the govt now. Food for the people will not be Essential and the Corporate will take control of the food chain along with infrastructure and agro markets. More than 75 crores PDS beneficiaries will be forced to buy food from Corporate whose market size will increase.

Farmers all over the world are protected by their govts from companies. After harvest the crop has to be sold, or else it will perish and lose value. It is sold in nearby mandis and can’t be carted without a heavy cost. ‘Freedom’ to sell anywhere and get the best price is a hoax call. Govt procurement and prices assurance are the only checks on unscrupulous Corporate who monopolize and squeeze the peasant.

Binding the ‘Annadata’ in Corporate Contracts:

The Bills provide for contract farming which will enable Corporate to pool land of small farmers, contract it, force them to buy costly inputs and sell their crop at pre-determined prices. Contracts bind farmers, deny them profitable open market sale – exposes another falsehood propagated by the govt. The producer peasant will be saddled with losses due to price crash and crop loss and more debts, the profit will be pocketed by the Company.

There is apprehension that control over crops sown through input controls and the free import/export by companies in the absence of Govt controls, will lead to glut in the market due to cheap imports of wheat, rice, oilseeds, pulses, soya, milk and milk products and others. That will further undermine ‘aatmanirbharta’ of the Indian peasants and ultimately evict them from agriculture.

No country has grown by handing over its food control to foreign exploiters. Modi govt is doing just that.\

AIKSCC is determined to safeguard the interest of the farmers and fight to the finish for its twin objective of “Karja Mukti, Poora Daam”. It is preparing for a series of protests as outlined above.

AIKSCC calls upon all farmers, peasants, agriculture workers, tribals, fishermen, rural traders all over the country and trade unions, parties, democratic forces to join the movement. This movement is also against the New Power Bill, 2020 which ends all subsidies for the farming community and the weaker sections and against the massive hike in diesel and petrol prices.