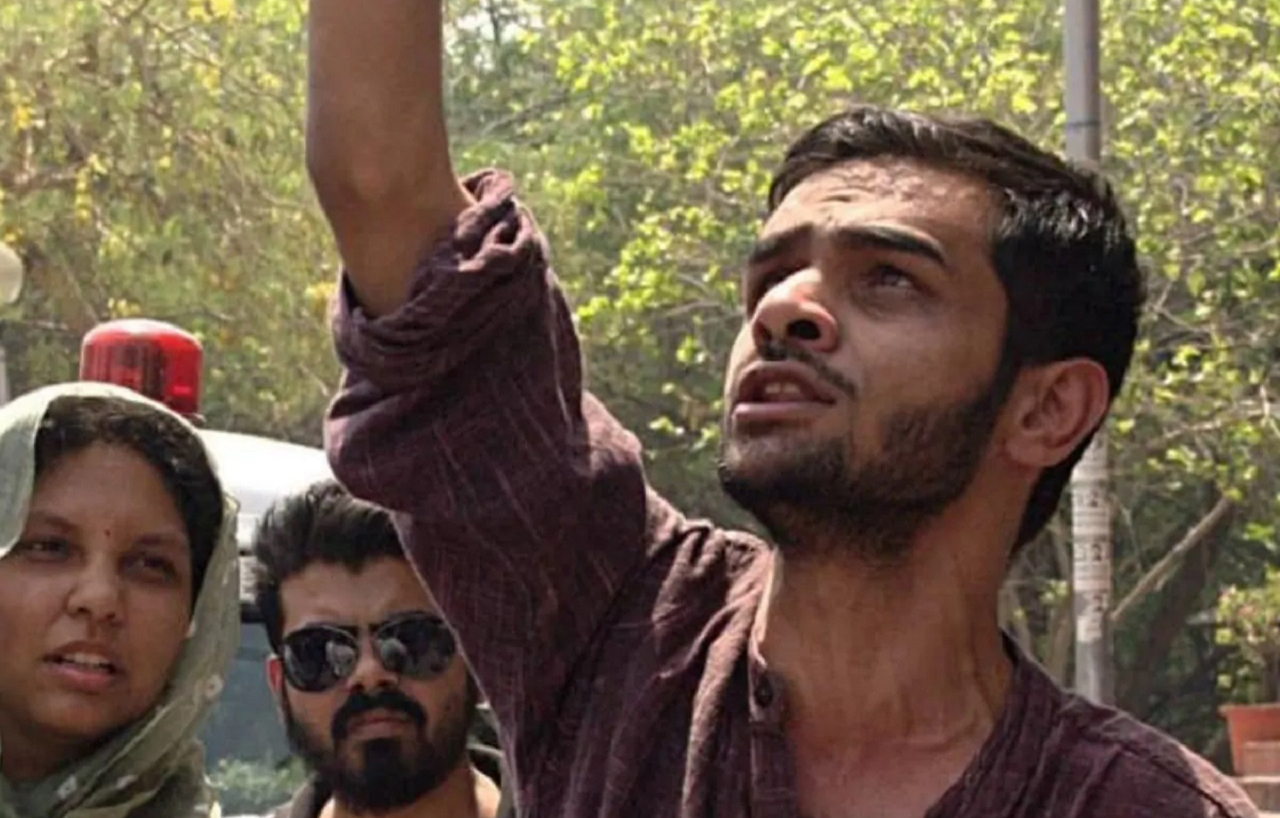 Condemn the arrest of Umar Khalid by the Delhi Police! Stop the harassment of activists and intellectuals!

The Delhi Police under Union Home Ministry appears to be determined to target those who have spoken out against the communal discriminatory Citizenship Amendment Act (CAA), National Registry of Citizens (NRC) and the National Population Register (NPR). The Campaign Against State Repression (CASR) condemns the arrest of Umar Khalid by the Delhi Police and demands his release as well as an immediate cessation of the relentless harassment of activists and intellectuals in the name of investigation. CASR demand the immediate release of all political prisoners.

Condemn the arrest of Umar Khalid by the Delhi Police in the name of investigating the North East Delhi pogrom! Stop the harassment of activists and intellectuals!

On September 13th, after a lengthy interrogation lasting over 10 hours, the Delhi Police arrested former JNU student Umar Khalid. His arrest under FIR 59/2020 invokes several sections of the draconian Unlawful Activities (Prevention) Act (UAPA). Along with Asif Iqbal Tanha, Devangana Kalita, Gulfisha, Khalid Saifi, Ishrat Jahan, Meeran Haider, Natasha Narwal, Sharjeel Imam, Shifa Ur Rehman and several others, Umar Khalid has been branded as a conspirator in the violence unleashed on the people, particularly the Muslim community of North East Delhi. The brutal attacks on those protesting the communally discriminatory Citizenship Amendment Act (CAA), National Registry of Citizens (NRC) and the National Population Register (NPR) by the Delhi Police in tandem with right wing mobs incited by BJP leaders Kapil Mishra, Ragini Tiwari and Anurag Thakur among others during the peak of the movement against the CAA, NRC and NPR and subsequent targeting of activists and intellectuals by the Delhi Police under the garb of investigating the violence in North East Delhi constitutes a mockery of justice. That the Delhi Police is controlled by the Amit Shah led Ministry of Home Affairs also starkly reveals the partisan character of the State and its police forces and their subservience to the Brahmanical Hindutva Fascist agenda.

It must be noted that Umar Khalid was arrested on the 91st anniversary of the martyrdom of Jatin Das, the Indian Revolutionary who fought for the dignity of political prisoners under the colonial regime. Jatin Das was martyred after a 63-day hunger strike demanding equality in treatment of prisoners irrespective of their identity. The legacy of Jatin Das and his struggles are today trampled upon by the Delhi Police that has systematically targeted the Muslim community during and in the wake of the movement against the CAA, NRC and NPR, despite the Muslim community, especially those residing in North East Delhi suffering the most as a result of the pogrom in late February 2020.

These arrests come at a time when the COVID-19 pandemic is surging across the country with almost 47 lakh cases reported, over 77,000 deaths and nearly one lakh new cases emerging every day. The institutions of the State adamantly refuse to prioritise their resources towards public health but appear determined to utilise this dire situation to further clamp down on dissent and continue the witch-hunt of peoples’ academics, activists, artists, teachers, students, journalists, lawyers, poets and trade unionists, particularly targeting those upholding democratic principles. The summons issued to Rahul Roy and Saba Dewan alongside tens of others in the name of investigation is intended to fuel the fear of incarceration among democratic voices. It also points to the impunity enjoyed by the Delhi Police as it blatantly serves the State’s agenda.

The naming of well-known democratic voices like Prof. Apoorvanand, Sitaram Yechury, Jayati Ghosh, Rahul Roy and Yogendra Yadav in the charge-sheet alongside the selective leaking of fabricated ‘disclosure statements’ of the incarcerated to the media is intended to create distrust and spread fear among those who have spoken out against the CAA, NRC and NPR. The overarching aim is to crush the right to freedom of expression and dissent, rights that are essential for any democracy, and brand those raising concerns as criminal and anti-national. The erosion of democratic principles has never been more blatant save the Emergency Rule of 1975. The state of affairs today demand unity across democratic and progressive forces and particularly across the marginalised and oppressed castes, classes, communities and nationalities. This unity must be the basis of the struggle against state repression as when the latter is normalised, democracy is forfeited and the hold of Brahmanical Hindutva Fascism is strengthened.

The Campaign Against State Repression (CASR) urges all progressive and democratic sections of our society to unite and condemn these arrests and harassment masquerading as investigation. We also demand action against the real perpetrators responsible for the deaths, injuries, loss of livelihood, damage to property and displacement caused to the people in North East Delhi in late February 2020. Campaign Against State Repression (CASR) condemns the arrest of Umar Khalid. We demand the immediate release of all political prisoners! We stand in solidarity with all voices for people’s rights and democracy!