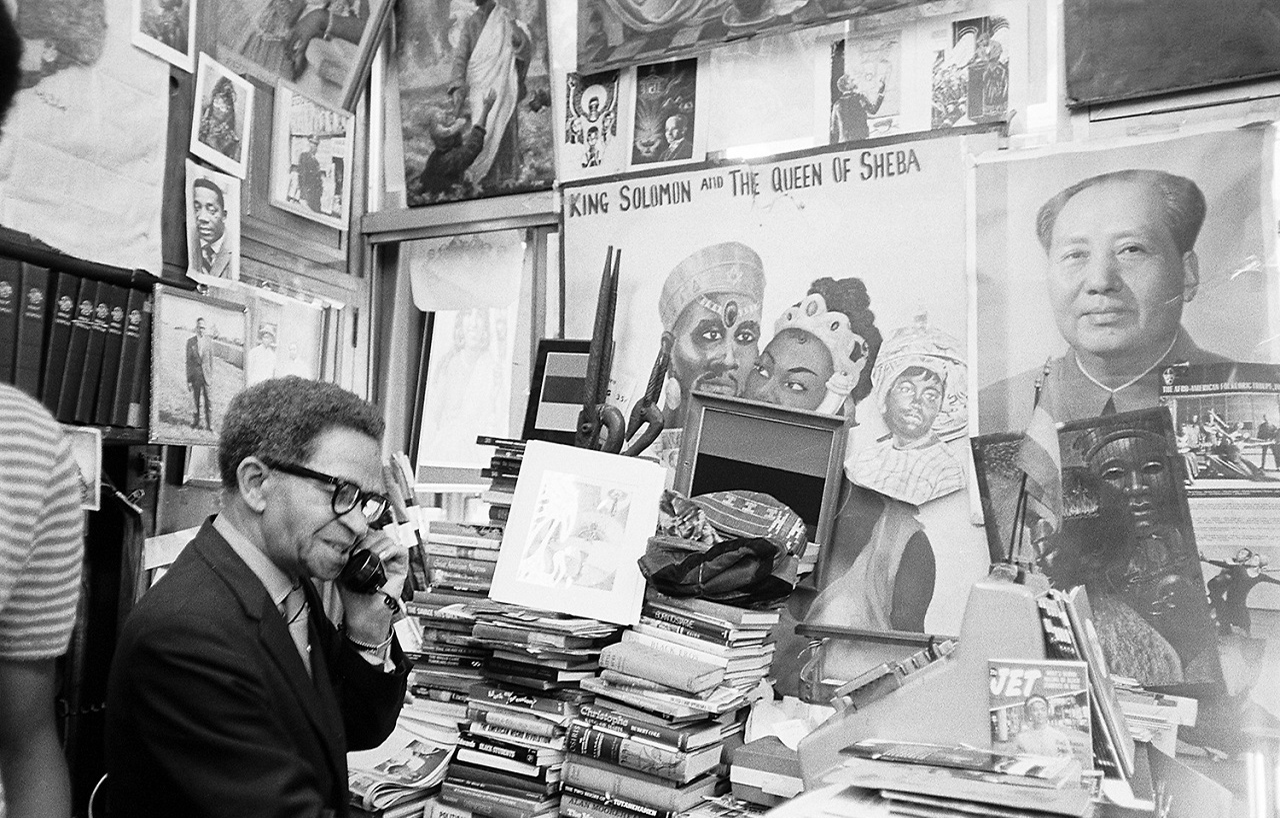 Arendt, You Tired Of Totalitarianism?

To doomscroll is to engage in what is our new pandemic-friendly pass-time: scrolling through one’s newsfeeds, consuming with anger and helplessness a seemingly endless supply of bad news. In doomscrolling through my Twitter feed, I have increasingly come across quotations by notable personages of the 20th century, presumably thrust into the void of social media in order to punctuate the bad with a little hope, courage, and strength. This usually works, and I’m thankful for it, except in those cases where the person being quoted is Hannah Arendt, a favourite amongst the liberal, educated elite. Why does this upset me so? Writes Srinivas Chandra.

Over the past few months, as our nation descends further into the abyss of fascism, I’ve been doomscrolling.

To doomscroll is to engage in what is our new pandemic-friendly pass-time: scrolling through one’s newsfeeds, consuming with anger and helplessness a seemingly endless supply of bad news. In doomscrolling through my Twitter feed, I have increasingly come across quotations by notable personages of the 20th century, presumably thrust into the void of social media in order to punctuate the bad with a little hope, courage, and strength. This usually works, and I’m thankful for it, except in those cases where the person being quoted is Hannah Arendt, a favourite amongst the liberal, educated elite.

Why does this upset me so?

For One Thing, The Racism…

It appears that Arendt’s efforts at social commentary surrounding the Civil Rights Movement led by Dr. Martin Luther King Jr. are not often or readily recalled, so let us refresh the reader’s memory. The leaders of the Civil Rights Movement (including King, who was eager not to see “creative protest degenerate into physical violence”) were faced with a unique struggle: how does one achieve emancipation as a long-suffering minority in White America, while remaining true to the principles of non-violence?

Enter Arendt, writing in Reflections on Little Rock that “while the government has no right to interfere with the prejudices and discriminatory practices of society, it has not only the right but the duty to make sure that these practices are not legally enforced”. Excellent. So segregation by law is a problem, but segregation as an expression of the racist attitudes is not a problem because it infringes on the civil liberties of an individual. To be perfectly clear, the freedoms Arendt is so keen to defend are the freedoms to be racist and to act to deprive African-Americans of access to healthcare, education, and housing. Further along in the same article, she writes: “enforced desegregation is no better than enforced segregation”. Arendt uses this principle to explain the resistance to desegregation, writing “the present massive resistance throughout the South is an outcome of enforced desegregation, and not of legal enforcement of the Negroes’ right to vote”.

Domenico Losurdo, in Non-Violence: A History Beyond The Myth, helpfully contrasts the invocation of the ethics of responsibility on the parts of both Arendt and the militant activists, writing

“… the philosopher [Arendt] maintained that to avoid being complicit in the racists’ moral or physical violence, African-Americans should give up sending their children to schools where they were not welcome. The more radical African-Americans—the militants of Black Power—likewise argued on the basis of the ethic of responsibility. However, rather than sacrificing the rights of their children to attend better schools, or participate in public demonstrations with their parents, they were ready as and when necessary to cross the boundaries of passive resistance in defense of such rights.”

Arendt’s racism was not, however, reserved just for African-Americans in the USA. Later in her life, Arendt was openly hostile towards the wave of anti-colonial mass movements that attempted to throw off the yoke of colonialism and fought to establish independent nations, writing in On Violence that “The rarity of slave rebellions and uprisings among the disinherited and downtrodden is notorious; on the few occasions when they occurred it was precisely ‘mad fury’ that turned dreams into nightmares for everybody”. Once again, this isn’t a misstep. Arendt often characterised the Third World, composed of former colonies of imperialist powers, as merely an “ideology”, a category not in any proper correspondence with the real world. Distinctions between colonial powers and the colonised melt into thin air while reading Arendt, with her declaring she “cannot possibly agree” with the “Viet Cong terror” or “the terror of the National Liberation Army in Algeria”. And what of the Vietnam War? Well, she opposed it (thankfully), but on the grounds of its burgeoning cost. Does napalm not interfere with the “free expression” of anti-imperialist resistance?

Curiously, this aversion to the “mad fury” of emancipatory movements and the “nightmares” of violence by the oppressed against their oppressors was not parcelled out when Arendt discussed the question of Jewish resistance against the Third Reich, which in her eyes was legitimate and proper given that the Reich had “declared war upon the Jews”. To be sure, the purpose of this contrast is not to delegitimise (militant) resistance movements against Nazi Germany; on the contrary, it is to highlight the double-standard at play. Arendt finds Third World anti-colonial movements abhorrent on the grounds of violence and “terror”, but is reluctant to use this principle evenly. Surely, the use of violence to resist enslavement, colonisation, and resource extraction is just as legitimate as the use of violence to counter fascists?

We find on the whole that Arendt’s analysis of the anti-colonial movements is context-free in a way that is characteristic of liberalism. The rejection of violence “on both sides” consistently tends to favour a maintenance of the status quo, which ensures further exploitation, resource extraction, and so on. The question of what sources such a context-blind analysis of violence leads us to what is perhaps her most enduring legacy: the study of totalitarianism.

A Totalitarian Waste Of Time

Totalitarianism as a concept was developed by (formerly Weimar and later) Nazi jurist and political theorist Carl Schmitt, in his The Concept of the Political. The term entered wider circulation after World War II, when it was pressed into the service of anti-communist propaganda, with Nicholas Guilhot writing in The Democracy Makers: Human Rights and International Order that “it made possible the conversion of prewar anti-fascism into postwar anti-communism.”

As a political category, the deployment of totalitarianism as a political concept often does more to obfuscate than clarify, in addition to consistently being ahistorical and, well… stupid. The most striking and absurd conclusion is one that is commonly sported by liberals and conservatives alike: that Nazism and Communism are both the same in that they are both “totalitarian”. It is, therefore, predictably a favourite tool of the anti-communist left, with Michael Parenti writing in Blackshirts and Reds that many left-leaning writers feel “obliged to establish their credibility by indulging in anticommunist and anti-Soviet genuflection… The intent was, and still is, to distance themselves from the Marxist-Leninist Left.” This has an illustrious history, of course. Parenti reminds us that George Orwell, the patron saint of the anti-communist liberal,

“… characterised the condemnation of communism as a lonely courageous act of defiance. Today, his ideological progeny are still at it, offering themselves as intrepid left critics of the Left, waging a valiant struggle against imaginary Marxist-Leninist-Stalinist hordes.”

Arendt was cut from the same cloth. In The Cultural Cold War: The CIA and the World of Arts and Letters, Frances Stonor Saunders asks, in reference to the “false realities” produced by the Cold War, “to what degree intellectuals became embroiled in these counterfeits and, more controversially, enlarged them.” It is perhaps not surprising that Arendt was identified in Saunders’ book as a member of a group of intellectuals who

“… supplied the front ranks of the cultural Cold War. They inhabited a hothouse of ideological and literary debate out of which grew a number of important works (Daniel Bell’s The End of Ideology, Hannah Arendt’s The Origins of Totalitarianism, David Riesman’s The Lonely Crowd, to name a few). At first their arguments were restricted to the cramped pages of the Partisan Review, Commentary, and the other “little magazines.” Then, as part of the cultural consortium put together by the CIA (with or without their knowledge), they suddenly acquired an international audience.”

Perhaps the need of this hour isn’t to amplify the voices of ahistorical liberals, but instead the writers, historians, and political theorists whose work is grounded in a material analysis of facts. It is time, perhaps, for us to outgrow Arendt.