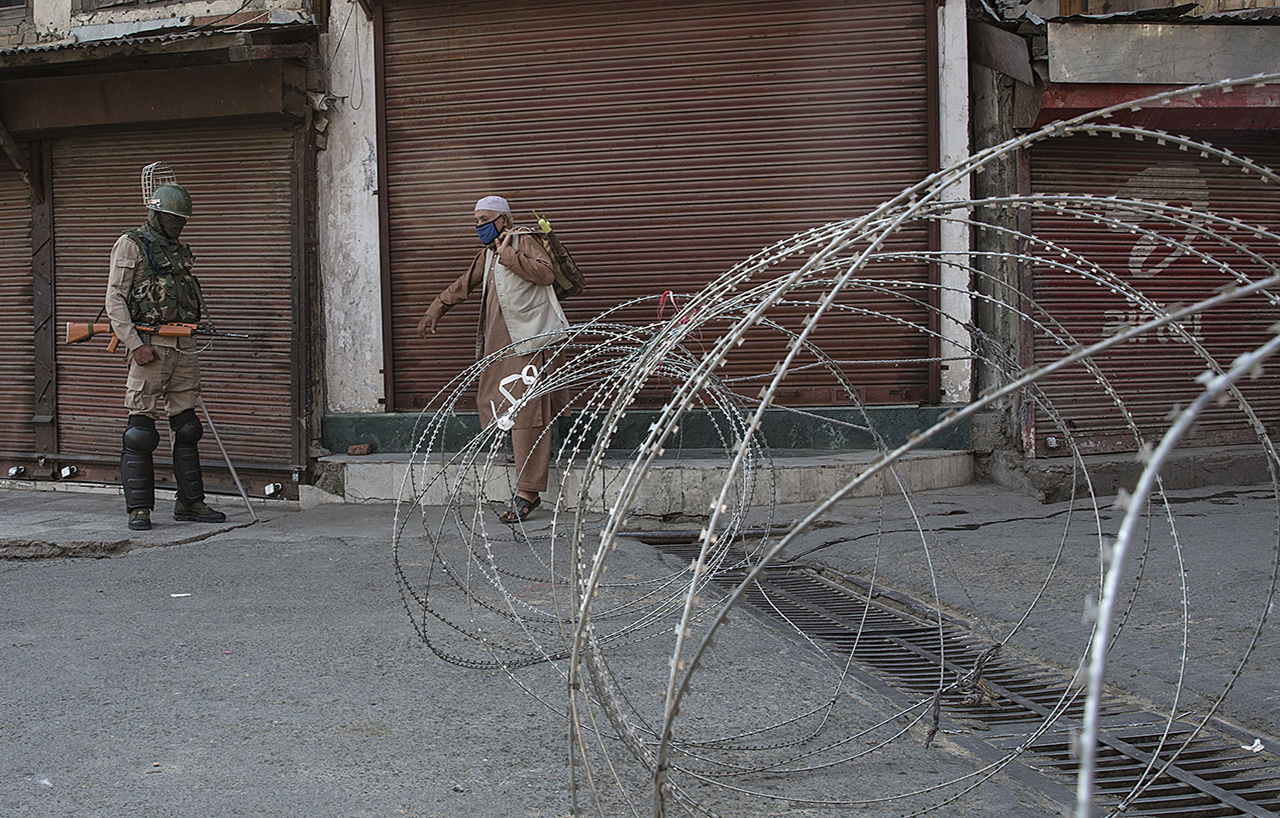 The Jammu and Kashmir Coalition of Civil Society (JKCCS) has described the frequent internet shutdowns and communication disruptions in the valley during the last one year as “digital apartheid” and a “collective punishment” meted out to the Kashmiris. The promise of lasting peace, freedom and justice for the people of Jammu & Kashmir is inextricably tied to digital and human rights in the region, concludes the comprehensive report on the Internet siege in Kashmir. A brief summary of the report by GroundXero. 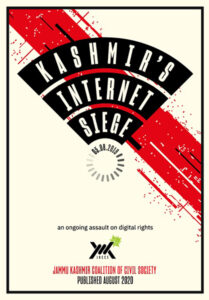 The report frames the ongoing “digital siege” – an effort on the part of the Indian government to curtail Internet access in Kashmir by either restricting its access entirely, or (more recently) throttling download speeds to make this access at best greatly cumbersome, and at worst impossible –  against the backdrop of decades of rights violations. The assault on digital rights is a natural extension of a militarised security policy that has brought untold suffering upon the people of Kashmir, and constitutes a form of collective punishment. It meticulously traces the consequences of the digital siege, not only focusing on the widely reported infringements on political and economic freedoms, but also honing in on the less-appreciated impacts it has had on access to public health infrastructure, access to education and information, and access to justice.

While Kashmiris have long suffered such assaults that have traditionally taken the form of blockades, curfews, large-scale preventive detentions, and telecommunications black-outs, the context for the most recent digital assault was the Amendment to Article 370 of the Indian Constitution, which gave Jammu & Kashmir a “special status,” meaning that it enjoyed a semi-autonomous status. In the months that followed, further changes to property law, governance, and residency status were to wipe out any remaining shreds of autonomy. On the eve of the passage of this constitutional amendment, against the backdrop of a massive deployment of troops, the detention of political figures, and the evacuation of tourists and pilgrims, all telecommunications were suspended. A full year after this, Internet data speeds remain throttled.

The justification offered by the Indian Government is, of course, predictable: they cite “national security,” and “armed conflict and counter terrorism operations against Pakistan.” However, the use of telecommunications blockades, content blocking, unauthorised use of surveillance technologies, etc. has emerged as a routine law-enforcement strategy, deployed against all manner of “threats” and political mobilisations, ranging from protests to public funerals. The report notes also that the legal grounds for such actions is murky at best; while some may take relief in Anuradha Bhasin v. Union of India, the report notes dryly that

“[while] the Court affirmed Bhasin’s right to carry on her trade and profession, and to free speech and expression over the internet, [it] did not rule on whether there was a right to internet access per se. It also reiterated the test of proportionality and necessity of restrictions on national security grounds. It held that restrictions must be reasoned, specific, temporary and minimally disruptive, and that blanket and indefinite shutdowns are unconstitutional. However, it did not apply this test to the situation of the continuing network disruptions in Kashmir and declare them unconstitutional.”

The Supreme Court continued to fail the Kashmiri people. In Foundation for Media Professionals v. Union Territory of Jammu & Kashmir, where the petitioners demanded the restoration of 4G Internet connectivity in light of the Covid-19 pandemic and the nationwide lockdown. From the report, we learn that

“Despite acknowledging that the blanket restrictions across Jammu & Kashmir did not conform to the proportionality requirements in the Anuradha Bhasin case, the Court did not strike down the restriction order. Instead, keeping in mind national security implications, the Court directed that a special Review Committee consisting of officials from the state and Union executive, should examine the Petitioner’s contentions with regard to the extent and duration of the restrictions.”

The report also chronicles the impact the digital siege has had on various aspects of life. Below, we provide some excerpts from the report.

Quoting the Kashmir Chamber of Commerce and Industry, the report informs us that in the five-month period following the Internet shutdown of August 2019 saw various businesses lose an estimated 178 billion rupees, and the loss of over 500,000 jobs. This is to be contrasted against the Indian Council for Research on International Economic Relations’ estimates of similar losses due to the intermittent Internet shutdowns between 2012-2017, which was estimated at 40 billion rupees. That businesses are in severe distress is attested to by the rise in defaults on instalment payments: “they rose from 125 before August 5th, 2019 to 11,578 in September 2019.”

In the health sector, hospitals saw a significant drop (up to 38%) in outpatient visits. Students at the school and college level have been adversely affected over the last year as well. The report notes that the anniversary of the August 2019 Internet shutdown will mark a full year without access to education, writing

“… the shutdown of schools, colleges and universities was precipitated by the abrogation of Article 370, and stayed in place for nine months, reopening only at the end of February 2020. A month later, just as they had finally sputtered to a start amidst the winter cold, India’s Prime Minister Modi called for a nationwide lockdown on account of the Covid-19 pandemic, and educational institutions were closed once again.”

The unavailability of high-speed (4G) Internet connectivity has meant that facilities like Google Meet and Zoom, which have been used throughout the world in response to the infeasibility of in-person learning/teaching during the Covid-19 pandemic, is not an option for Kashmiri students in the 30,000 schools and 400 higher-educational institutions.

Access to justice has been a deeply problematic arena, with the report quoting an Indian Express investigation that found that

“…orders in all cases heard between August 5th and August 26th… revealed a telling pattern. Of the 288 cases where orders were passed, petitioners were not present in 256 cases, and respondents were missing in 235 cases. In at least 38 cases Chief Justice Gita Mittal and Justice Rashid Ali Dar could not even receive case files… In only three cases did the appellant appear before the court, and in only one case did the petitioner manage to appear. Hearings were deferred in over 70 per cent of the cases, to dates in either October or November 2019.”

The situation has not improved much since then. For example, in a representation made by the Bar Association of Jammu & Kashmir to the Chief Justice of the J&K High Court, it stated that that a startling 99% of habeas corpus petitions pertaining to the illegal detentions after August 5, 2019 remained pending due to delays. Further chapters detailed the better-chronicled attacks on press freedom and the effects the Internet shutdown has had on social life.

On the basis of the evidence presented, the report concludes that the Internet shutdown is nothing short of “a ‘digital apartheid’, a form of systemic and pervasive discriminatory treatment and collective punishment.” It takes a critical view of Anuradha Bhasin v. Union of India, arguing persuasively that it “inaugurated a new legalised regime of mass surveillance, filtering, and internet-speed throttling through expansive executive orders.” It also frames Internet denial as a counterinsurgency policy, thereby characterising it as a tool used by the occupying Indian state to “transform their attitudes” and “break their will to resist”, writing that “All online activity is seen here as a potential breach of national sovereignty and public order, and preemptively controlled.”

In concluding, it emphasises that any hope for a lasting peace, and justice for the people of Jammu & Kashmir is tied in a very fundamental way to the digital and human rights that the people of this region have been denied.