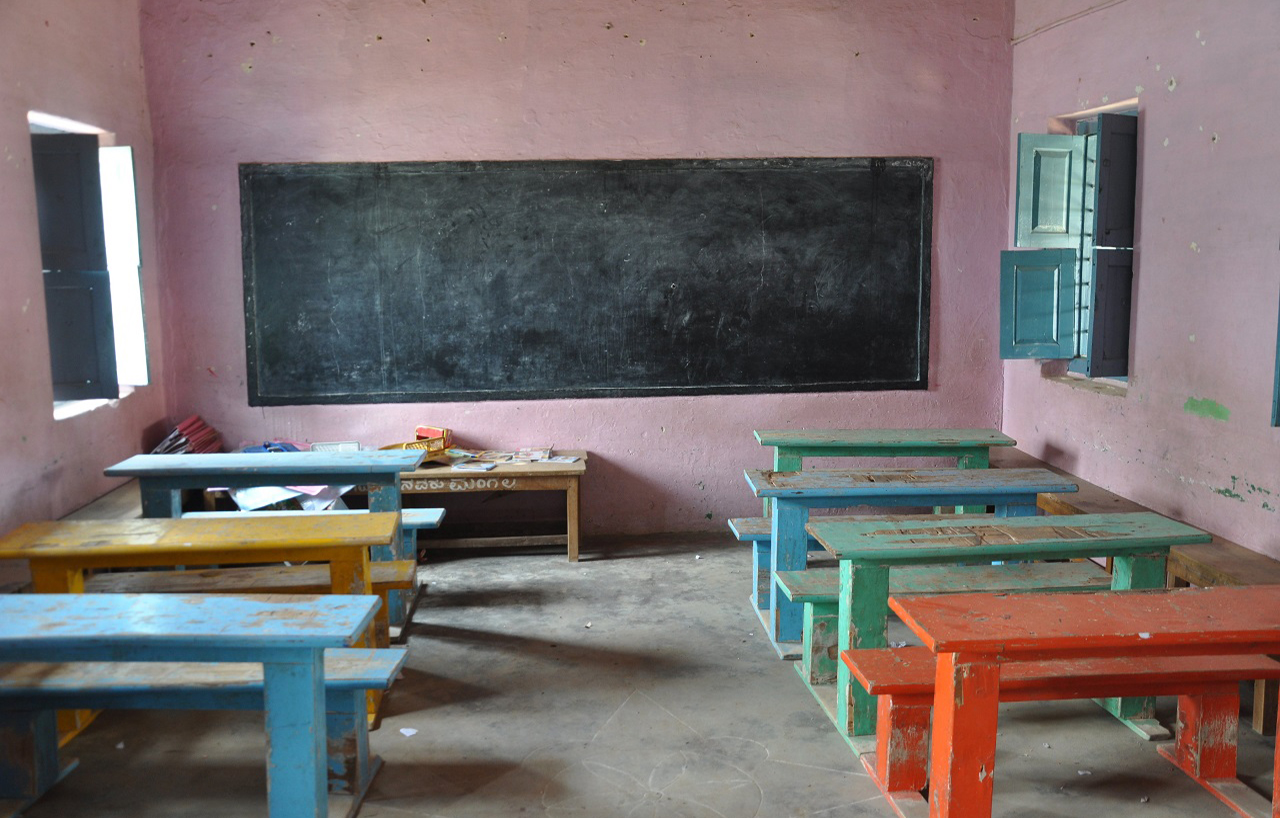 Hindutva, its Corporate Allies and NEP 2020

In this article on the New Education Policy (NEP) 2020, Akash Bhattacharya elaborates on the fears of accelerating Hindutva ideological domination over education and suggests how and why corporate interests in education seem to dovetail with Hindutva. 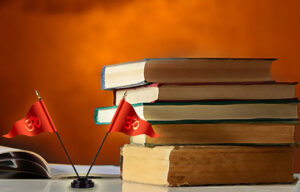 The National Education Policy (NEP) has sparked much debate, and criticism, among intellectuals and the general public alike. Its arrival has coincided with a renewed visibility of education as a key public issue, in the wake of the dramatic shift to online teaching following the Covid-19 pandemic. Critics of the NEP, especially those belonging to Left / Dalit political traditions, have suggested that the sudden obsession with online learning at the cost of equity is not a one off. It stems from a policy climate which heightens inequities in education and encourages further corporatization of the ‘sector’, of which the NEP is the most powerful expression. To add to that, there is the added dimension of RSS’s attempt at ideological control through education.

A cocktail of Hindutva and corporate control: that is the general impression that critics seem to have of the policy. Much has been written about how the NEP is likely to produce graded inequality in education, pushing back long-standing democratic demands for social justice, and facilitating economic domination by big capital. In this article, I will first elaborate on the other element of supposed Hindutva/corporate cocktail – fears of accelerated Hindutva ideological domination. This aspect has been left substantially to intuition in the public conversations so far. Towards the end I will suggest how and why corporate interests in education seem to dovetail with Hindutva.

The Rashtriya Swayamsevak Sangh (RSS) has long desired to mould the education system in accordance with its ideological agenda, by both intervening in the formal school system and looking to undercut its influence simultaneously. In the past, whenever political affiliates of the RSS, be it the Bharatiya Jan Sangh (1977-1980) or the BJP (1996-2004), have been in power, efforts have been made to put in place a curriculum that aligns with their politics, i.e. reinforces Brahminical stereotypes, glorifies authoritarianism, demonizes our Muslim rulers, denies historically-ascertained Aryan migration theory, and encourages communal polarization. Concomitantly, there has also been a refusal to acknowledge the deep caste, class and gender inequalities that define our society, in their curricular vision. In the RSS backed governments prior to the Modi era, intervention usually took the form of rewriting textbooks.

Over the years, the RSS has developed a wide network of schools of its own: formal schools (estimated 12,363), single-teacher schools (estimated 12,001) and thousands of sanskar kendras run by the Akhil Bharatiya Shikshan Sansthan, Vidya Bharati and other RSS fronts. On top of that, in recent times, RSS affiliated Non-Governmental Organizations (NGOs) and advocacy groups have tried to influence government policy. In the prelude to the NEP, the central government set up advisory committees consisting of RSS functionaries and associates for “Indianizing” education.

An important body among RSS affiliates, the Bharatiya Shiksha Niti Ayog headed by Dinanath Batra, has previously advised such changes as the removal of a poem by Punjabi poet Pash, a couplet by Mirza Ghalib, removing mentions of the BJP as a “Hindu” party and the occurrence of riots under BJP administrations, from school textbooks, and the avoidance of English, Arabic or Urdu in school syllabi. Batra and his ilk has been a key adviser for the NEP too and has welcomed the new framework.

The influence of the RSS is palpable on the learning objectives as defined in the policy document. It is a curious blend of the Sangh’s own values and constitutional values, done in a way that undercuts the significance of constitutional rights which happens to find no mention in the document. Full of references to ancient Indian tradition, and none to Islam, as a source of values, the document outlines the inculcation of ‘basic ethical reasoning, traditional Indian values and all basic human and Constitutional values’, among others, as key objectives of learning. The values listed (Section 4.28) are as follows:

Duties, defined through this dubious list, take precedence over rights, as the policy asks for students to be taught at a young age the importance of “doing what’s right”, and later age about ‘cheating, violence, plagiarism, littering, tolerance, equality, empathy, etc., with a view to enabling children to embrace moral/ethical values in conducting one’s life, formulate a position/argument about an ethical issue from multiple perspectives, and use ethical practices in all work.’  Intervention in school curriculum and pedagogy in the years to come, based on these redefined objectives, and tampering with the existing National Curriculum Framework (NCF) in the process, now seems like a distinct possibility.

Such intervention has already borne fruit at the state level. The BJP government in Rajasthan introduced a new series of school textbooks in 2016, in which science textbooks draw upon mythical texts, and the literature and social science textbooks whitewashes the evils of the caste system, reinforces caste and gender stereotypes, conflates patriotism with respect for armed forces, and distorts key historical events. The new policy centralizes control over education to an unprecedented degree and that is likely to aid Rajasthan-like interventions by the government at the all-India level.

RSS affiliated NGOs and think tanks may intervene through other channels too. The policy mandates the encouragement of public private partnerships which at present takes many forms. Besides starting new schools, NGOs and private ‘charitable’ organizations have started playing key roles in teacher-training, assessment, security services in school / university premises, and so on, as the government outsources these functions to private bodies thereby hollowing out the public sector from within even as it continues to exist in name. With no clarity on the regulation of participation by NGOs and private organizations in education, there is genuine apprehension that RSS backed bodies will find a greater role in the system.

What could the consequences of such interventions look like? Increased role in teacher training may allow Hindutva forces to intervene in pedagogy in addition to the curriculum. Roles in assessment could allow them to dictate what kind of questions should be framed. Presence in school/university premises may even serve to destabilize peace in those, especially under circumstances where deliberately manufactured sectarian tensions and hatred are spreading rapidly.

Do Hindutva interests dovetail with the production of graded inequality and corporate dominance that critics fear, the NEP is likely to facilitate? Pushback on Dalits and women’s rights in education, combined with a renewed production of graded inequality, allows a re-consolidation of upper-caste/class dominance in society: the ideal crucible for a Manuvadi Bharat! The pushback takes insidious forms in the NEP including subtle alterations of key definitions that have emerged in course of anti-caste, feminist and Left struggles. In the definition of Socio-Economically Disadvantaged Groups, gender is referred to as an identity, caste is reduced to Scheduled Castes, while class as a category is absent. (Section 6.2)

As for corporate dominance, one indeed notices an alliance of big corporates and the Hindutva forces in policy-making and politics today. Not all corporates may be sympathetic to the BJP but end up allying with it nevertheless in their quest for political/institutional power. On the one hand, big corporates provide the much needed economic and institutional support that the BJP/RSS needs to remain in power. On the other hand, Hindutva plays up sectarian politics as the core public issue and downplays work, livelihood, civil rights, public systems as axes of politics, which in turn facilitates corporate domination in economy and culture. It is a multi-faceted relationship of give and take and defines the current matrix of power.

The question remains, as to why corporates have supported the BJP in its quest for ideological domination in and through education? Fear of falling foul of the party in power may not be the only reason why they have done so. The NEP normalizes the current deeply unequal and exploitative employment landscape and seeks to mould schools, colleges and universities to suit the same. It proposes that courses be downsized, vocational training be introduced at the middle school level, and students be prepared early for not only their first but also their second, third and subsequent jobs. ‘Flexibility’ in learning (Section 4.9), another word for learning to cope with structural unemployment and low quality employment rather than how to question and challenge the status quo, is passed off as ‘empowerment’.

Teaching students about our constitutional rights are downplayed in the learning objectives, which seeks to limit the extent to which education can remain a site from which a powerful ideological challenge to the current matrix of power can emerge. Big corporations stand to profit enormously by being handed a cheap, pliant labour force through a massively downsized, vocationalised education, and a likely reshaping of curriculum that could greatly de-politicise education.