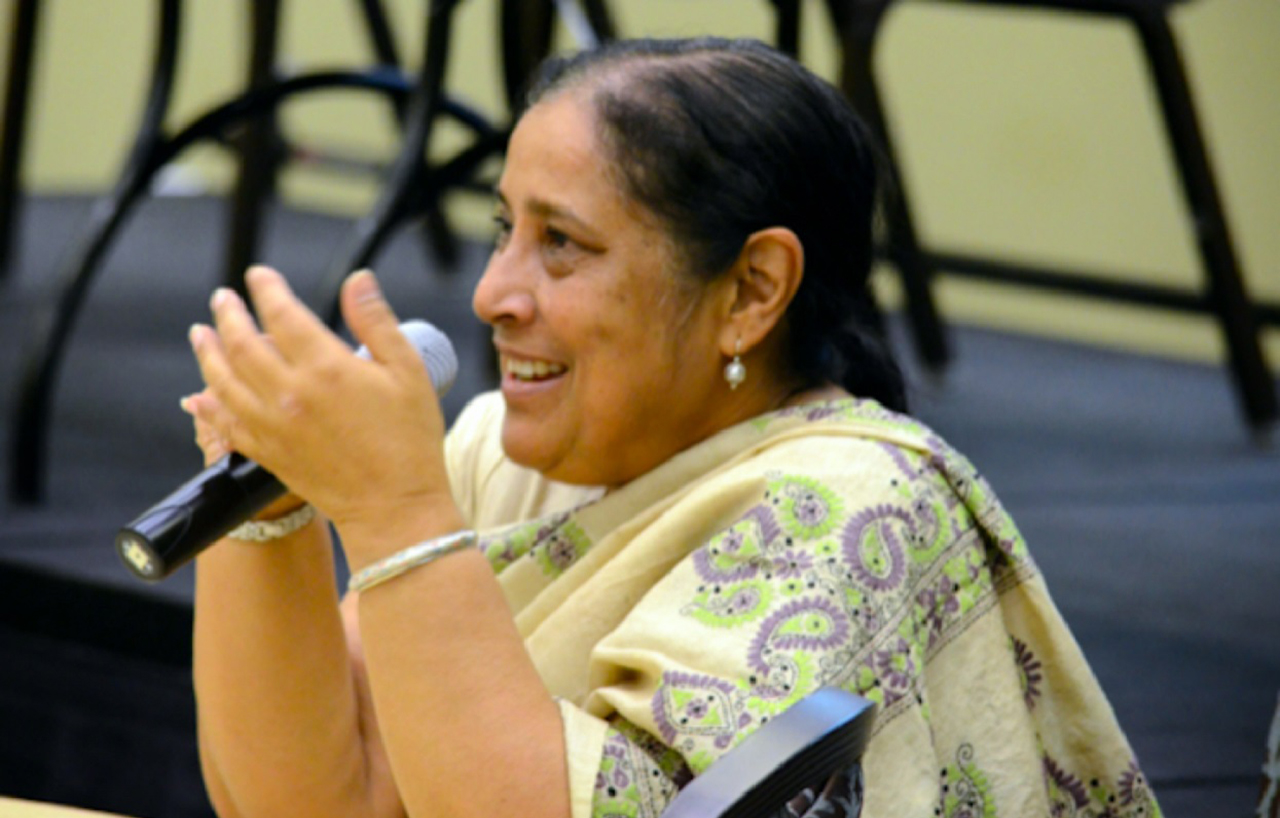 Ilina As We Knew Her: A Tribute from WSS

Women against Sexual Violence and State Repression (WSS) deeply mourns the passing away of Ilina Sen on August 9 in Kolkata. Ilina, 69, was a feminist activist, teacher, researcher and writer passionately involved with the women’s movement in India.

Women against Sexual Violence and State Repression (WSS) deeply mourns the passing away of Ilina Sen on August 9 in Kolkata. Ilina, 69, was a feminist activist, teacher, researcher and writer passionately involved with the women’s movement in India. Be it through activist work or classroom pedagogy, conferences or rallies, Ilina’s  deep engagement with women’s struggles in Madhya Pradesh and Chhattisgarh and her active solidarity with women in mass movements in other states provided a crucial impetus to unraveling and resisting the combined forces of state, patriarchy and capital in the lives of women and other marginalized communities. Her favorite song Bread and Roses resonated this larger vision of women in struggle.

As we go marching, marching
In the beauty of the day
A million darkened kitchens
A thousand mill lofts grey
Are touched with all the radiance
That a sudden sun discloses
For the people hear us singing
Bread and roses, bread and roses

In the early 1980s, Ilina along with her partner Binayak Sen had moved to Chhattisgarh to work among the movements and peoples of an adivasi region inspired by Shankar Guha Niyogi. Binayak as a medical doctor worked with children and their families, and went on to work at the Shaheed Hospital, a unique institution built and run by workers of the Chhattisgarh Mines Shramik Sangh (CMSS). Initially, Ilina was involved with sustainable development in association with Dr RR Richcharia, ensuring the preservation of seeds and rice varieties which were in danger of dying out under the aggressive farming techniques being promoted by the state. Working in the trade union started by Shankar Guha Niyogi in Dalli Rajhara gave Ilina insights about women’s labour and their role in organizing for their rights. In the autonomous women’s movement conferences, she often would sing Chhattisgarhi songs from CMSS like “Anasuya Bai, Laal Salaam…” 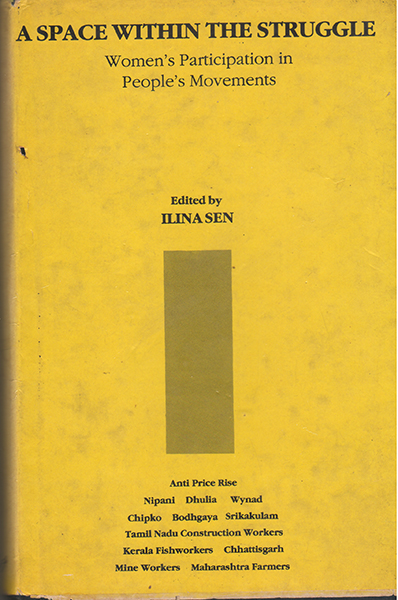 It was here that she worked on and published her important book A Space Within the Struggle (1990). This collection of essays on the less visible dimensions of women’s struggles in grassroots movements remains unsurpassed as a collection that moves away from the metropolitan movement’s primary concerns important though they were in their own right. A Space Within the Struggle chronicled the struggles of brick workers, landless labourers, fishworkers, environment protectors, segments of the population that are not visible even to women’s studies students. Among the last pieces of work she was trying to complete was to update that work, bringing in the new movements that were exploding in different parts of the country.

As we go marching, marching
We battle too for men
For they are women’s children
And we mother them again
Our lives shall not be sweated
From birth until life closes
Hearts starve as well as bodies
Give us bread, but give us roses

Unfortunately,  Ilina was diagnosed with cancer in the year 2011 immediately after the Supreme Court granted bail to her partner Binayak Sen – a leading PUCL activist from Chhattisgarh. Together, they had also set up the NGO Rupantar in Raipur. If we look back at these recent years, we have seen Ilina paying a heavy price ever since the arrest of Binayak Sen in May 2007 under the draconian UAPA by the Chhattisgarh Police (on charges of links with Naxalites) right up to her last breath as she succumbed to cancer. Upon his arrest, Ilina went full swing, facing the processes of litigation from lower courts to the Supreme Court and left no stone unturned in leading a campaign across the country for his release, while continuing to be the rock for Binayak and their two daughters. The demand for his release also evoked vibrant solidarity and support from countries abroad.

In the process, Ilina drew many supporters and activists and brought attention to the plight of countless numbers of adivasis incarcerated in the jails of Chhattisgarh. They were the victims of the newly-formed state that was founded at the height of the rolling out of the neo-liberal economy when companies – national and global – made a beeline for the minerals and forests of the state. It is no wonder that within two years of its formation in 2000, the CRPF was deployed in Chhattisgarh permanently. Perhaps an entire generation of political activists came up in this period following the arrest of the PUCL Vice President as they saw a ruthless state rolling out its Operation Greenhunt that targeted those who questioned the development juggernaut meant to fill the coffers of global capital.

Her lifelong efforts had been poised between women’s organizations addressing patriarchal oppression and subjugation on one hand and mass movements struggling for livelihood resources and claiming their just ownership of natural resources on the other. Therefore the formation of WSS and its first two founding meetings happening in Madhya Pradesh and Chhattisgarh had filled Ilina with much hope and good cheer. Despite the litigation processes and her teaching career keeping her on her toes, she kept in constant touch with WSS at every step in those years after attending the second convention in Raipur in December 2009. She saw myriad possibilities in WSS and continuously expressed her restless desire to be able to be more involved.

As we go marching, marching
Unnumbered women dead
Go crying through our singing
Their ancient call for bread
Smart art and love, and beauty
Their drudging spirits knew
Yes, it is bread we fight for
But we fight for roses, too

From the year 2004, Ilina came in close touch with a generation of young students and researchers studying gender when she began taking classes in the Mahatma Gandhi Antarashtriya Hindi Vishwavidyalaya in Wardha. She joined as faculty in the year 2007 and after spending a few dedicated years,  Ilina moved to TISS in Mumbai. While at Wardha, she was the organizing secretary of the IAWS conference in 2011 and her presence and creativity made the Wardha conference among the most memorable of the IAWS conferences in recent decades. Again in the IAWS conference in Guwahati in February, 2014, Ilina sang to an entire audience:

Her knowledge and the insights that came from her political involvement with the lived realities of struggles – collective and individual — breathed life into the curriculum wherever she taught. Even as she inspired many young minds, she was eager to pursue her own core research interests. As a Senior Fellow in the Nehru Memorial Library from July 2013 to July 2015, Ilina tried to collate her insights and ideas of women in mass movements along with coping with her illness and its therapy. She also collected narratives of partition refugees in Dandakaranya and was much worried about leaving these pieces of work incomplete as both projects were very close to her heart.

From her activism to her writing and from petitioning the courts to interacting with young scholars, Ilina was filled with a zest for life to integrate a holistic view where the expression of the individual is inextricably an expression of the social and the political. It is no wonder that while travelling across the country with heavy bags of legal documents and then facing the diagnosis of cancer, she could so easily pen down Inside Chhattisgarh – A Political Memoir, a memorable record of her work with Binayak and the bitter court battle to counter the arrest and incarceration of a partner and fellow comrade. 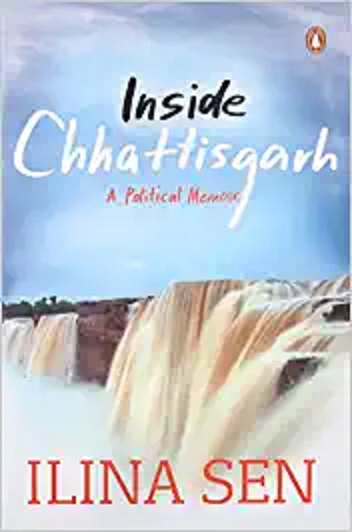 Through all her travails, Ilina’s hearty laugh and keen sense of humour never waned, her vivacious interest and deep engagement with individual lives and political struggles did not falter. It is this tenacity that ensures that Ilina Sen leaves an indelible mark on women’s struggles and workers’ struggles in India.

As we go marching, marching, we’re standing proud and tall

No more the drudge and idler, ten that toil where one reposes

Women against Sexual Violence and State Repression (WSS) is a non funded grassroots effort started in November 2009, to put an end to the violence being perpetrated upon our bodies and societies. We are a nationwide network of women from diverse political and social movements from women’s organizations, mass organizations, civil liberty organizations, student and youth organizations and mass movements and also from many different walks of life. We unequivocally condemn state repression and sexual violence on women and girls by any perpetrator(s).