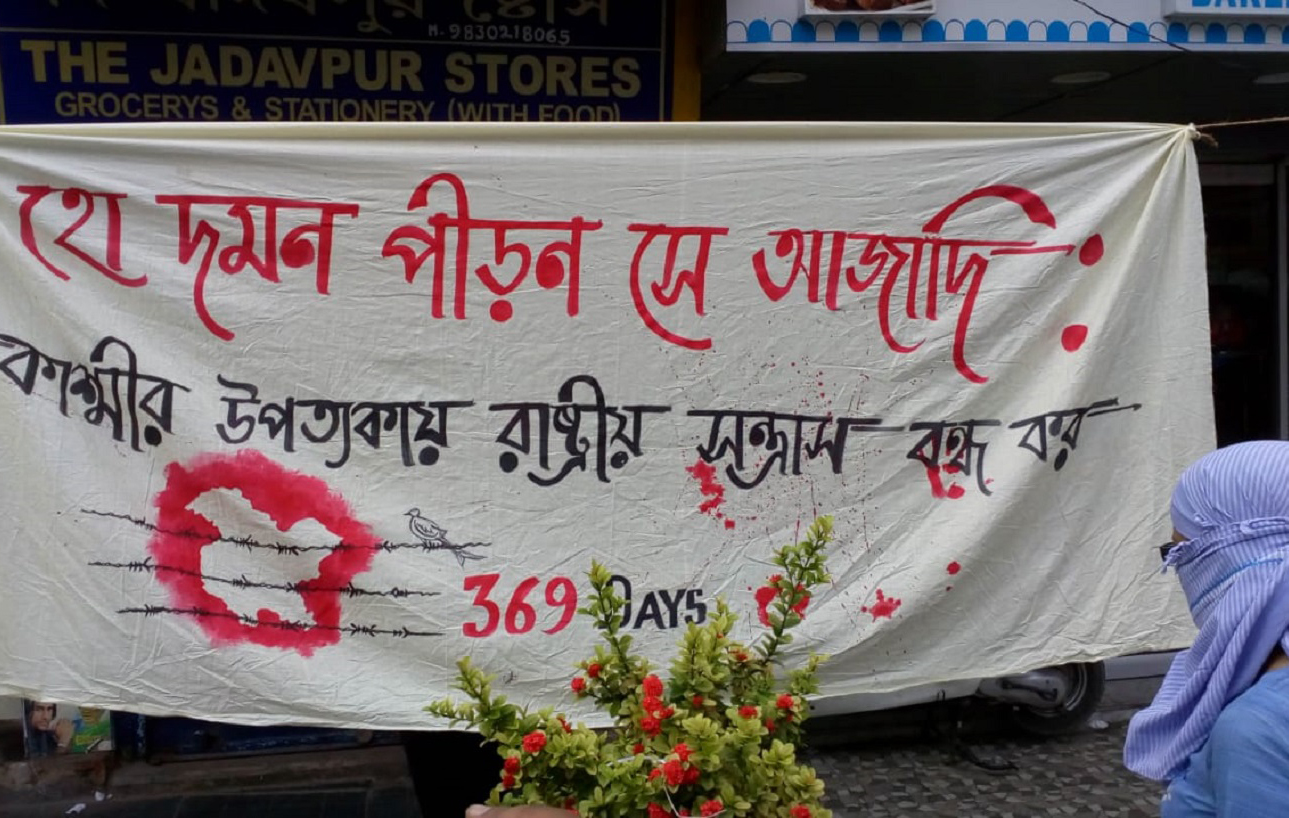 Mass Organisations in Kolkata Protest Abrogation of Article 370 in Kashmir

In view of the fact that 5th August, 2020 marks the completion of one full year of the siege in Kashmir, following the abrogation of Article 370 in Kashmir, a protest meeting was convened at Jadavpur 8B bus stand in Kolkata by mass organizations such as AISA, Pratisaran, Bandi Mukti Commmittee, Feminists in Resistance, CRPP, AIPWA, IFTU, PYL, WSS, RSF, PDSF, Nari Chetana, Ahalya, Jadavpur Commune, FOD and PUCL. Because, 5th August, 2020 also marks the inauguration of the Ram Mandir at Ayodhya, which, as many have commented, also marks the formal inauguration of the Hindu Rashtra in India, the meeting, also turned into a protest against the said event. 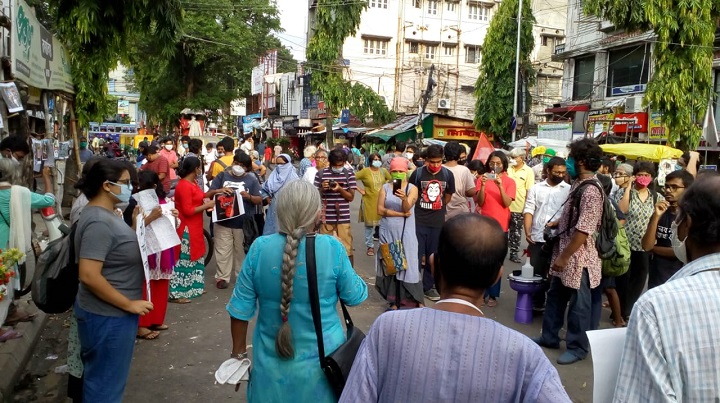 Speakers, who consisted mostly of the activists in the student, youth and women’s movement in Bengal, spoke about the histories of the intense violation of human rights in Kashmir, the history of the Indian state’s broken promises in the Valley, and how, even in the history of Kashmir, the last one year has been one of unprecedented violation of human rights and an indefinite seizure of the Kashmiri rights to free expression of voice, opinions and dissent. Many also spoke about the importance for us to remember that the lockdown, severe as it has been in Bengal and other parts in mainland India, is not to be compared to the lockdown in Kashmir. The lockdown in Kashmir also comes with the spectres and realities of a militarized occupation, which, has not only stalled the possibility of any “normal” life in Kashmir, but with the yearlong absence of  4G internet, has made it almost impossible to avail oneself of the resources and infra-structural changes that the pandemic-induced lockdown necessarily demands. 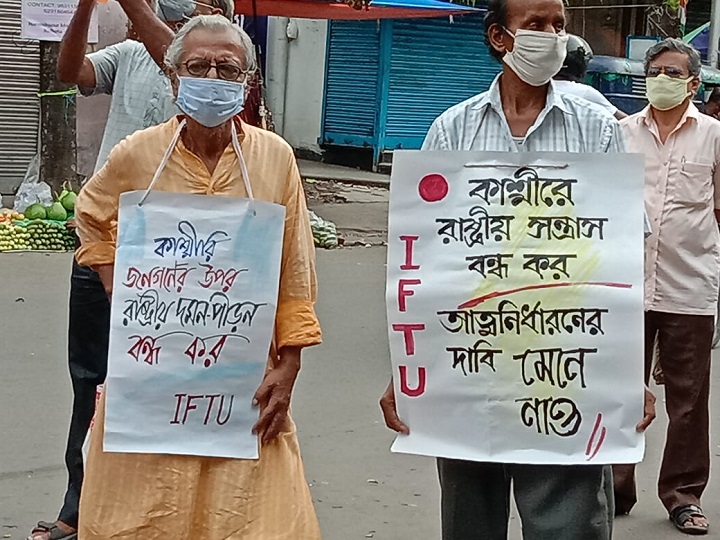 There were songs by the team members of the band Lalon, and Jadavpur Commune. The protest meeting ended with loud sloganeering, and a reminder by the speakers to build up sustained mass political work amongst the diverse sections of the people. 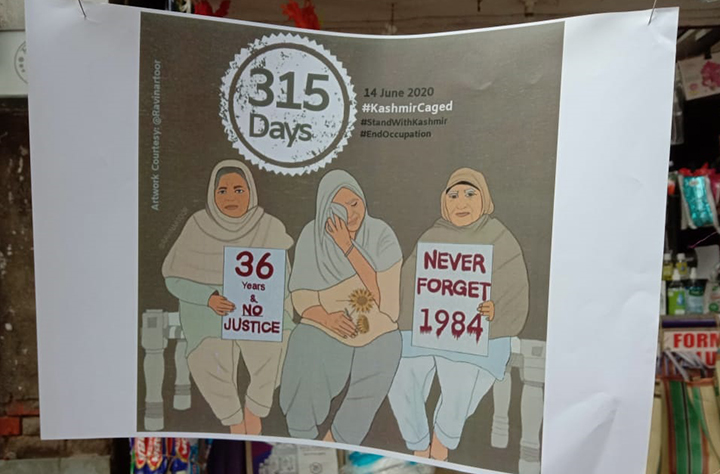