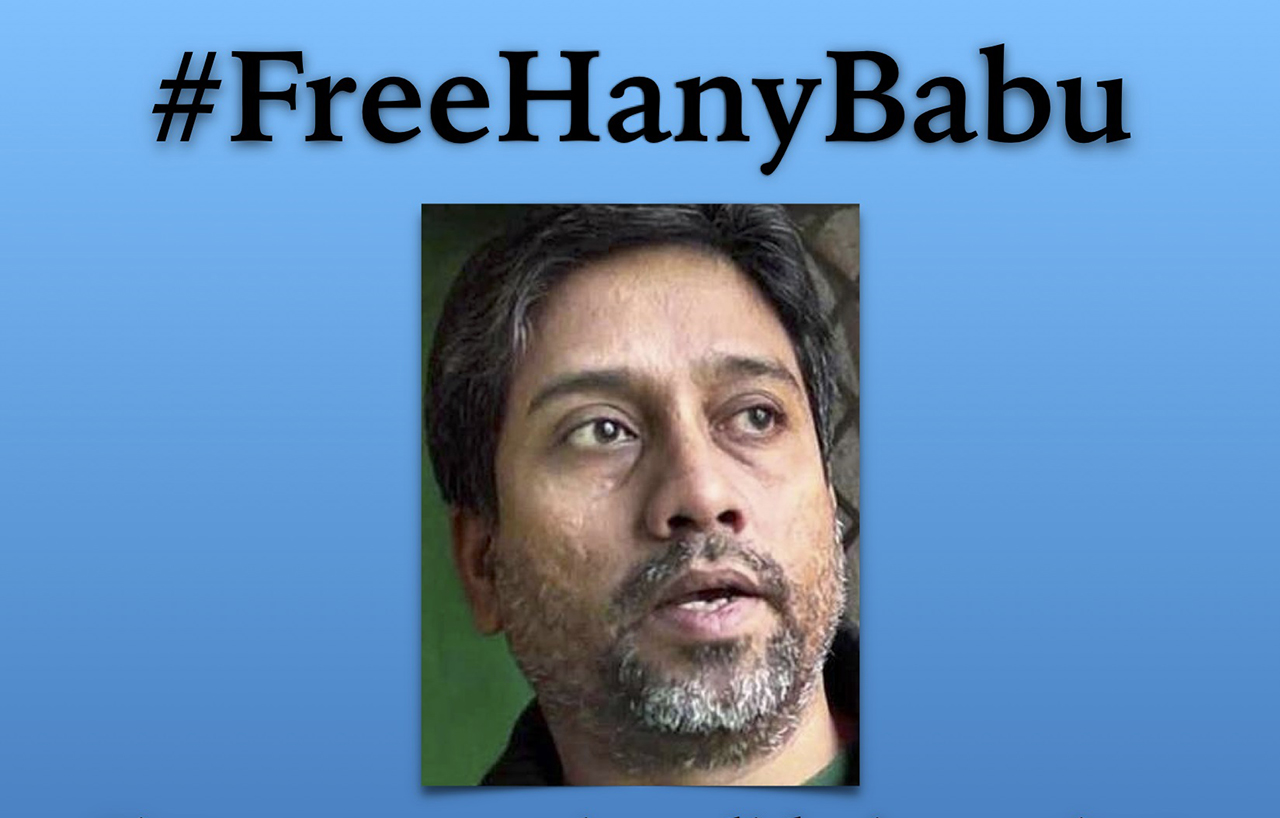 A statement of solidarity signed by over 350 current and former students of Prof. Hany Babu condemning his arrest and demanding immediate release of the professor, as well as all the other activists and scholars arrested in connection with the Bhima-Koregaon case. Prof. Hany Babu, is a noted anti-caste activist and scholar. He has fought against systemic injustices which prevailed in the university he taught and outside. Voices like his are always a threat to the hegemonic injustices prevailing in our country.

We, the undersigned former and current students of Prof Hany Babu M.T., condemn his arrest by the National Investigation Agency (NIA) on Tuesday and stand in firm solidarity with him. Prof. Babu is a noted academic, a well known anti-caste activist, and a member of the committee formed for the defence of G.N. Saibaba, a former Delhi University professor who is over 90% disabled, and wheelchair bound. Prof. Babu has maintained his innocence since the illegal raid at his Noida apartment last year in September by Pune police. The raid, which was conducted without a warrant, resulted in the Pune Police confiscating Prof. Babu’s laptop, mobile phones, two booklets printed for the G.N. Saibaba defence committee and two books which are publicly available in bookstores and libraries. The nature of his alleged ‘crime’ remains unclear because the NIA’s warrant is, in our opinion, deliberately vague with clearly fabricated accusations. According to news reports, the ‘evidence’ that has apparently led to Prof Babu’s arrest was based off of an e folder on his hard disk. He was, however, not given a hash value for his laptop.

We believe this is a direct attack on education, activists and the academic space at large.  It is outrageous that on 23rd June Prof. Babu was summoned to Mumbai from Noida during a pandemic. His summon and arrest cannot be seen in isolation. Activists like Anand Teltumbde, Gautam Navlakha, Devangana Kalita, Natasha Narwal, Gulfisha Fatima and Sharjeel Usmani were also arrested during the ongoing pandemic which mandates social distancing. Overcrowded jails have now become the new Covid19 hotspots. Activists arrested earlier, like Sharjeel Imam, Akhil Gogoi, and Varavara Rao, and, according to recent news reports, many other prisoners, have also tested Covid positive.

We demand Prof. Babu’s immediate release, and reaffirm our complete solidarity with our Professor, Dr. Hany Babu. We also demand the release of all political prisoners who were arrested in cases related to the Elgar-Parishad, as well as the anti-CAA protestors booked under the draconian Unlawful Activities and Prevention Act, which makes bail almost impossible under medical and humanitarian grounds despite the ongoing pandemic.