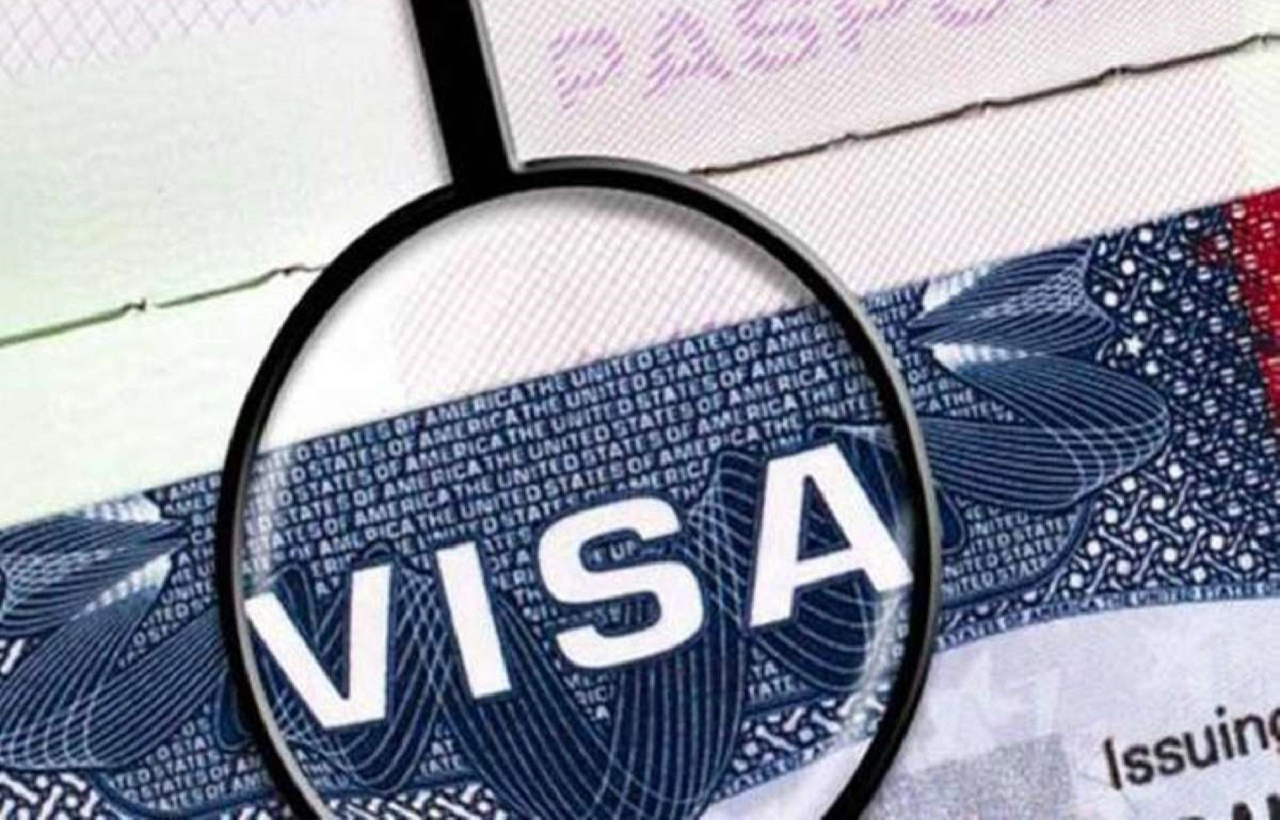 Trump’s Latest Attack on Foreign Students and the Indian Diaspora

The Trump administration’s new order for F-1/M-1 visa holders has suddenly brought the lives of a million foreign students in the US to a standstill. Nearly 20 percent of these students are from India. What does this order mean for the students, and what message does it have for the wider Indian diaspora? Anindya Dey writes.

Another day, another order

On July 6, the Trump administration fired a fresh salvo against one of America’s favourite scapegoats – the new immigrants. Over the course of the last four years, the Trump immigration regime has made little effort to conceal its open hostility towards immigrants and refugees. After all, this administration fought a national election on the promise of building a wall on the southern border. They mobilised the US Immigration and Customs Enforcement (ICE) against asylum-seekers and undocumented immigrants with a ferocity that’s unprecedented in recent American history. Who can ever forget those heart breaking visuals, of families being torn apart and children locked up in cages by the ICE agents, which swirled around the global media for months? Even as we speak, thousands of migrant children are being held in federal custody. This is the same administration that routinely promotes Islamophobia through its travel bans and the press-briefings of its top advisors. In Trump’s America, the bar for public shock and anger has been set pretty high.

Yet, this latest announcement has befuddled and outraged many. It isn’t simply because of the sheer heavy-handedness of the step, or the number of people it adversely affects. It is, at least in equal measure, because of the cold, cruel choices it forces upon a particularly vulnerable group – the foreign students on non-immigrant visas. And that too in the middle of a global pandemic.

For people who haven’t followed the story closely, let’s back up a bit and give a quick summary. The foreign students with an F-1/M-1 visa are generally not allowed to enroll for online-only programs of study, under the existing regulations of the “Students and Exchange Visitor Program’’ (SEVP). The SEVP is, by the way, a branch of the dreaded ICE (US Immigration and Customs Enforcement). Earlier this year, given the situation with the pandemic, the SEVP announced a “temporary exemption” for the foreign students, permitting them to take online classes at their respective schools and maintain their visa status. The July 6 communication withdraws this exemption for the upcoming Fall semester, and thereby bars a foreign student from taking more than a single class (or three credit hours) online.

Implications for the students and their families

Rough estimates suggest that the number of students who will be affected by the new order is somewhere around a million. Technically, this diktat seems to present the foreign student with two dire options – appear for in-person classes in the middle of a global pandemic, or risk losing your visa status and get deported. However, the actual situation is substantially worse than that. As the pandemic rages on across vast swathes of the United States, most schools are seriously considering the idea of having online-only classes for the Fall semester and possibly beyond that. In such a scenario, the SEVP announcement puts the onus on the foreign student to transfer to a school that will allow in-person classes, failing which she has to leave the country or face deportation proceedings. Willing to risk one’s life to appear for in-person classes during a pandemic, therefore, may not be enough, as per the new SEVP rulebook.

The only feasible option for a large fraction of foreign students, particularly those in college or early years of graduate studies, would therefore be to leave the US, until the pandemic is under control and schools resume normal classes. Needless to say, this will disrupt careers, and cause serious financial hardships to many students. For students with families in the US, there are additional difficulties with relocation of their spouses and children. If spouses have different nationalities, this would literally amount to tearing apart the family.

But even going back home, in the era of a global pandemic, is easier said than done. Many countries have discontinued international travel completely, and many others have greatly restricted them. Would a foreign student, who loses his visa status and gets stranded in the US, be safely repatriated or be subjected to the standard deportation proceedings including possible jail-time? The announcement does not clarify.

Then there are those who do not have a safe home to return to. Thousands of students arrive every year in the United States from conflict zones and occupied territories across the world, with the hope of starting a new life. A recent NYT article featured the story of Ifat Gazia, who hails from a town in the Indian Occupied Kashmir. Incidentally, she arrived in the US last August. This was just around the time the Indian authorities had begun a brutal crackdown on the region, in the immediate aftermath of the abrogation of Article 370. Like most of Kashmir, her hometown had no access to the internet from last August to January this year. The restored connection, since January, only provides 2G services which cannot support online lectures. However, for many students like Ifat, the difficulty in going back is not just about missing lectures.

The politics of arm-twisting and the higher-education industry

There are reasons to believe that the new order has more to do with domestic politics around the pandemic, than with immigration. In spite of the soaring rate of infections, especially in the southern states, and the total deaths nearing 150K, the Trump administration remains determined to open up the country. The President and his advisors have clearly stated their objective of projecting a state of “normalcy” as early as possible before the November elections, in utter disregard to the dire warnings of the administration’s own public health experts. Reopening of universities has been a particularly contentious issue, with most schools expressing their reservations about in-person classes and opting instead for online-only classes for the Fall. Given this background, there is a widespread feeling that the new order is an attempt to arm-twist the universities into following the administration’s directive, at least partially. The administration is keenly aware that problems with retention or recruitment of international students will have a serious impact on the competitiveness of the US universities in the global higher education market. The international graduate students form a significant part of the cheap labour that every university uses to conduct its undergraduate teaching. A mass exodus of international students will not only damage the institution’s reputation, but will also severely impair its ability to run the undergraduate programs. The administration chose to hit the universities where it really hurts.

Predictably, the response from universities has been swift and strong. Some of them, including Harvard and MIT, have already sued the administration, with many others set to join the legal action. The administration shot back quickly too. Soon after the first hearing, Trump announced in a tweet that “too many Universities and School Systems are about Radical Left Indoctrination, not Education”, and threatened that the Treasury Department will “re-examine” the tax-exempt status of these universities.

It should be noted that the administration has adopted a similar policy of intimidation for reopening the primary and secondary schools across the country. The President and the Education Secretary Betsy DeVos have threatened to cut off federal funding for the states and school districts that would not comply. Various states are being threatened that failure to reopen schools will impact their share of the future relief packages for the pandemic. Intimidation, both covert and overt, is the new normal.

A couple of political lessons for the Indian diaspora

A cursory glance at the available data on foreign students in the US reveals that certain countries will be more affected by the new order than the others. In the 2018-19 academic year, China accounted for the largest number of students (around 370K) followed by India (around 200K). Given the sheer number of Indian students whose lives and careers will potentially be jeopardized, the reactions in India as well as in the Indian diaspora have ranged from dismay to outrage. But this might also be the right time to ponder over the broader implication of this order for the diaspora, and what its political ramifications could be.

A giant myth that this order has busted, once and for all, is the one about a “merit-based immigration” system, which the administration and its supporters used ad nauseam to justify their treatment of poor immigrants and refugees. In spite of every evidence to the contrary, many in the diaspora (including students on F-1 visa) supported the administration’s position, even when it meant shutting the door on helpless people fleeing hunger, poverty and conflicts. The new SEVP order has demonstrated what many people always knew to be the truth, that is, the merit-based immigration system is simply a political tool for the old right-wing agenda of slowing down immigration from non-European countries. It is also a classic ploy to pit one group of immigrants against another. The recent developments will probably convince a lot of people in the diaspora that a humane immigration system and not a “merit-based immigration” one is the morally sound way forward. Possibly, it will also bring them closer to the social movements in the US organizing towards that goal.

A closely related issue is the attitude of a section of the diaspora towards the disturbing alliance between the White Nationalists in the US and the supporters of Hindutva. This seems to be an especially pertinent question in the era of “Howdy Modi” and “Namaste Trump”, where the bonhomie between two leaders with clear authoritarian tendencies has increasingly come to represent the public face of the US-India relations. Trump’s professed love for the “Hindu” and his frequent reference to the Indians as a model minority have a substantial number of takers in India and the diaspora. As the White Nationalism-Hindutva alliance strengthened in the Modi-Trump era, many in the Indian diaspora chose to wilfully ignore the looming dangers of such a political alignment. The Trump administration’s recent immigration policies will probably serve as a wake-up call for many in the diaspora to take a more critical look at their politics, within their communities and beyond.

What started as protests against the brutal murder of George Floyd by the police in late May, ended up toppling the statues of Christopher Columbus and Winston Churchill on either side of the Atlantic. Will the outrage of today against a thoroughly unjust immigration order end up toppling the White Nationalism-Hindutva nexus in the Indian diaspora? Let us hope it does.

The author is a researcher in Physics.