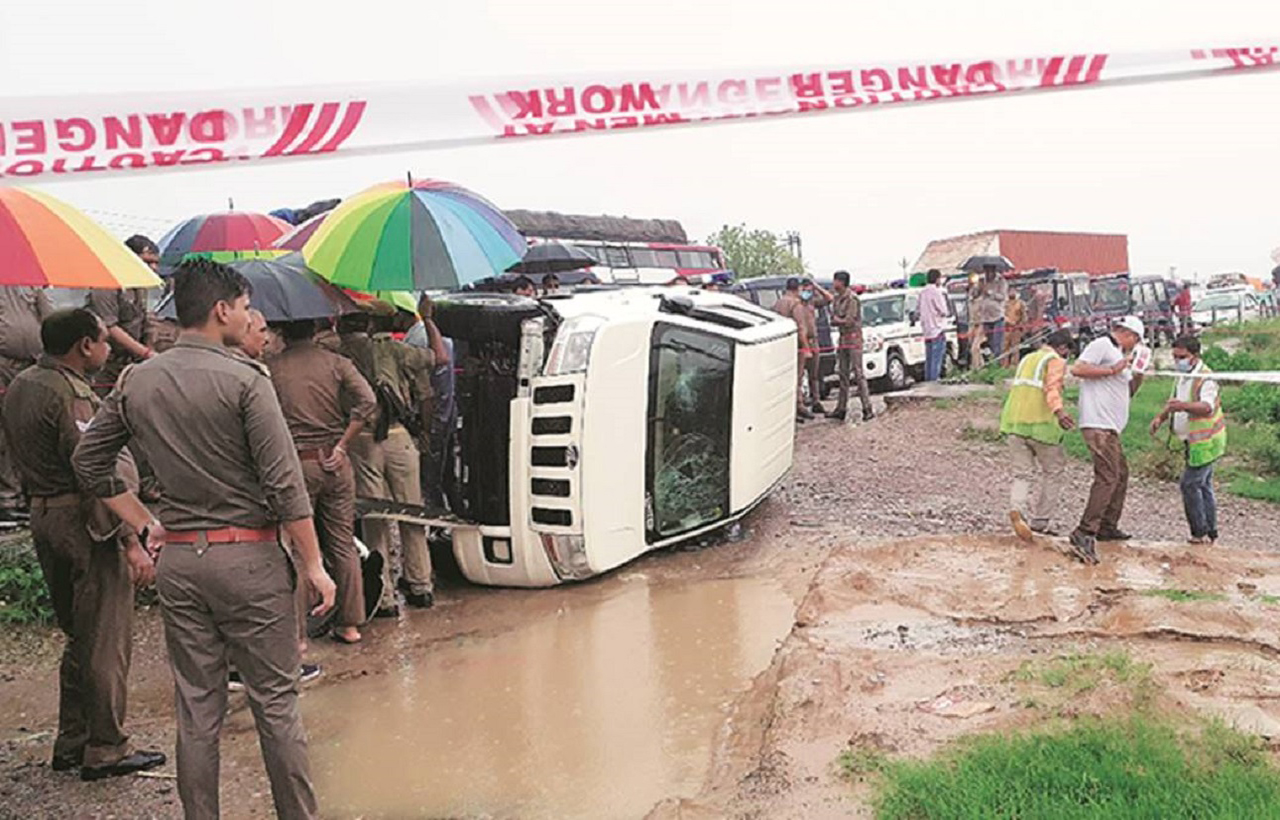 CDRO, in unequivocal terms, considers the killing of the main accused Vikas Dubey of Kanpur on 10th July 2020 by the STF on the way via Shivpuri in MP and Jhansi, as cold-blooded murder. All pieces of evidence, as emerged from various sources, lead us to conclude that the killing of Vikas Dubey, who was involved in the incident of killing of 8 police personnel in Bikri village (UP) in the intervening night of July 2 and 3, is another instance of fake encounter. Even the veteran top cops have questioned the truthfulness of the police version.

CDRO also holds that his killing and his five aides earlier by the police of UP are intended to cover up the unholy nexus of politicians, police and gangsters over the decades. Questions relating to Vikas Dubey’s reign of impunity were not even answered and will not be answered because of these killings. It is also well-known that this sort of staged-encounter is not happening for the first time. An identical fake encounter took place in Hyderabad in December 2019, and a huge outrage compelled the government to set up an inquiry committee. Still, no report has been published.

It is pertinent to note that since the 1970s, the practice of extra-judicial executions and forced disappearances have been carried out unabatedly by the law enforcing agencies and military in India and Latin America. The method is to silence the critics, opposition and revolutionaries physically. This practice has continued despite the strict prohibition prescribed by all international laws against the government’s naked involvement in or failure to protect from arbitrary deprivations of life. This prohibition is consistent with the general principles of law, recognised by the civilised nations. Dubey’s Killing as it stands out to be a complete violation of all civilised rules of law, must be condemned in the strongest terms.

CDRO observes that in India, a culture of impunity has been enjoyed by the police and military forces. This culture is further encouraged and institutionalised by bizarre support from the ruling political parties at the states and the Centre. Under the direct patronage of the present UP government headed by Yogi Adityanath, the police have carried out 2,273 fake encounters in eight districts of UP with impunity. This culture of “instant justice” promotes lawlessness at the administrative as well as social levels. Therefore, CDRO believes that there is an urgent need to make the police force more accountable to the community.

In this overall context, CDRO demands: