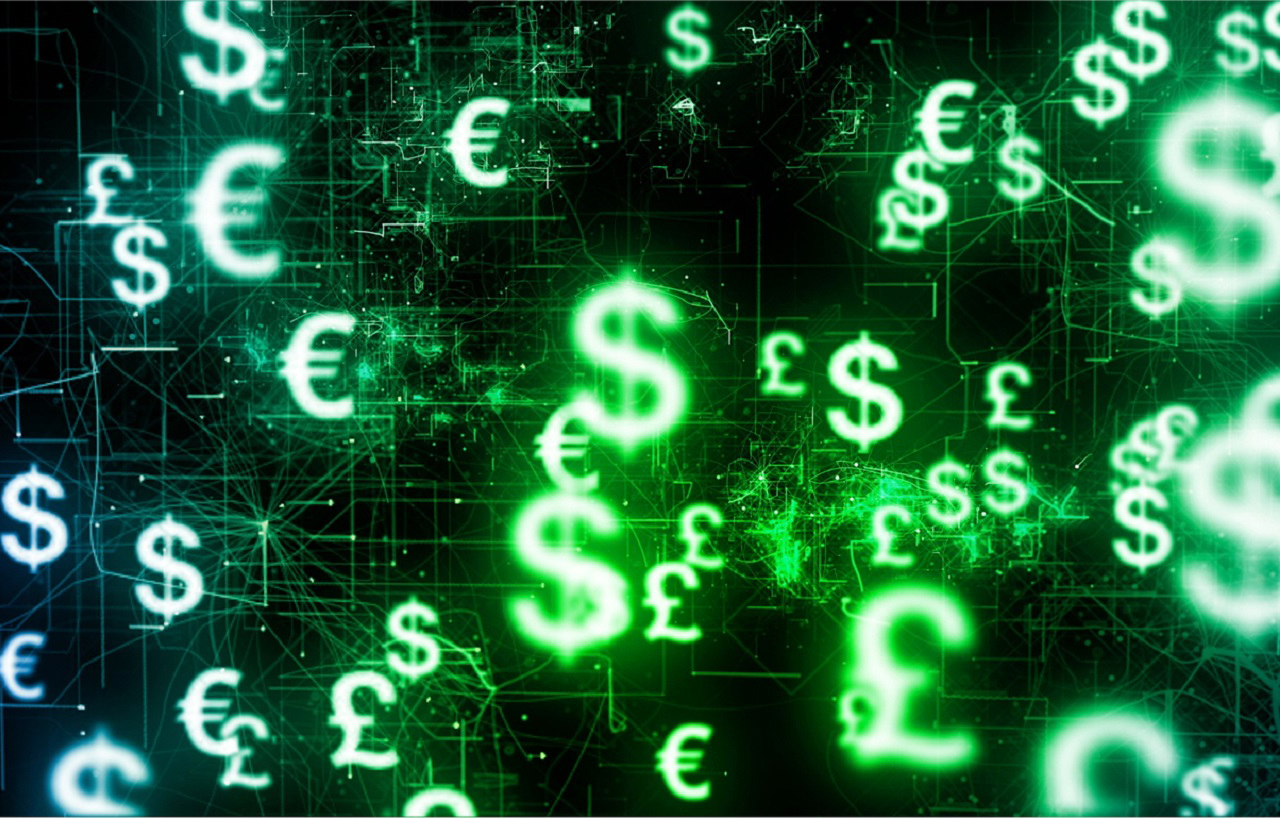 Technologies don’t solve crises. The exotic bitcoins and all the data centres of the world won’t make it a better, cleaner, healthier place. Let’s not be fooled, writes Tithi Roy.

In the midst of a global pandemic and an unprecedented economic recession, corporate pundits are asking for radical restructuring of the global currency system through the introduction of digital currency. Very recently China-one of the economic powerhouses of global capitalism–has launched its own digital currency. According to the China Daily, a state run newspaper, The People’s Bank of China has launched the digital Yuan in four urban centres to test the suitability of digital economy among the masses. If its trial run is successful then it will be launched as a permanent alternative for the hard currency. It sounds bizarre in these days of contagion to digitalize social interactions as well as economic activities including the monetary system and businesses, which will in turn ensure the reduction of human footprint in the social and economic spheres drastically. Unfortunately or fortunately, this notion is far-removed from the hard reality. Then what is at stake?

Before visiting the innards of the weird and mysterious world of digital currency, let’s talk a little more about the concept.

What is the digital currency?

The Blockchain technology was invented by a person named Satoshi Nakamoto in 2008 for cryptocurrency transfers. A Blockchain contains a distributed ledger managed by a peer to peer network. To create a Block in Blockchain, one needs to go through the Proof-of-Work, a method of solving complex algorithms. Energy-consuming high-performance integrated computers are essential to perform this. In the Blockchain, each Block holds a Cryptographic Hash Function(i.e. a mathematical algorithm that maps data of variable size to a Bit String of fixed size) which connects that Block with its previous one. In this way two Blocks are linked to maintain the continuous and peer to peer connected chain. Due to this Cryptographic Hash any data recorded (in case of Bitcoin, the money value) in any Block cannot be altered retroactively without the modification of all subsequent Blocks. The transaction process of cryptocurrencies like Bitcoin also uses the one-way Hash Function, by securing the valuation of a coin and restricting the double spending of a single coin. Such technology has transformed cryptocurrencies to a more secure way of monetary transactions without the interference of a centralized regulatory system.

Though this invention has made the digital currency synonymous with a decentralized monetary system, the execution of cryptocurrency mining and transaction demanded and led to an exponential growth of energy-hungry high-octane integrated processors, far beyond the capacity of our household computers. One of the main limitations of cryptocurrencies is the need for an exorbitant amount of thermodynamic energy, which will in turn produce a huge amount of carbon footprint, at the time of intensification of global warming. According to the calculation in a recently published paper entitled The Carbon Footprints of Bitcoin, in 2018, 31 to 45 terawatt-hour of electricity was used for Bitcoin which produced 17 to 22.9 million metric tonnes of Carbon Dioxide gas.

Digital world: the myth of virtuality

Contrary to the popular belief that ‘being digital’ means shifting from a material world to a less resource intensive lifestyle, the realm of digital communication has a real physical existence. This is particularly true as most of our informational activities that until very recently required access to multiple specialized devices (televisions, stereo systems, personal computers, video games etc.) have now been consolidated into single, small, mobile devices. However, the apparent disappearance of the vast material infrastructure behind this technological wizardry is nothing short of a huge sleight of hand—a deliberate attempt by giant technology companies to show the digital world as the ethereal ‘Cloud’, a system of computation and data storage without direct and active management by the user. The Cloud is a generic term used to describe internet storages housed in huge data centres.

Our activities in the digital world, viz. when we transfer money digitally, or upload holiday photos to Facebook newsfeed – occur through the network servers and end up stored in gigantic data centres. A data centre is an entire building containing computers, network connection equipment and telecommunication links. Inside these gigantic data factories, each bigger than an aircraft carrier, hundreds of thousands of circuit boards are racked up row upon row along with innumerable high-end optical cables stretching down windowless halls so long that employees have to ride through the corridors on scooters. There are also giant power grids, reservoirs containing thousands of gallons of diesel to run the servers and networks consistently. After producing electromagnetic impulses in circuits, the used-up electricity generates huge amounts of heat. In order to keep the temperature of data centres down, gigantic cooling units are installed along with gallons of chilled fresh water running tunnels. Could you imagine that a simple online text message costs a good amount of electricity? Not only the data centres, the world-wide network infrastructure also needs a physical wiring system. A study in 2012 shows that to maintain network communication the energy used per year is about 354 terawatt-hours, which can be equated with the average domestic electricity supply of 32.9 billion houses in the USA. If the Cloud were a country, it would be the sixth largest electricity consumer in the world. If these statistics are shocking, let’s take a look at the amount of water needed to keep the digitalized world running. The water required for the NSA Intelligence Community Comprehensive National Cyber Security Initiative Data Centre in Bluffdale, Utah is 1.7 million gallons every day, which could be the domestic supply of water for roughly 10,000 families per day. Surprisingly, this Cloud is marketed by tech-corporates in such ways that we believe the Cloud is always available in a transcendental form.

Going digital means a cleaner and smarter lifestyle to most of us, where heavy automobile pollution, nuclear toxicity and plastic pollution would belong to the past. Regrettably, going digital doesn’t mean going green. Apart from relentlessly piling up electronic wastes, the whole information and networking technology is resource-intensive and pollution-producing–hence, potentially damaging to the environment. Cryptocurrencies like the Bitcoin have a voracious appetite for energy, understandably with massive carbon footprints. From Bitcoin ‘mines’ to server ‘farms’ to data  ‘warehouses’, places and processes which are attached with the production of these virtual commodities seem astonishingly similar to those found in more traditional forms of industrial manufacturing processes, as both of which need land based infrastructural set up, thermodynamic energy and enormous amount of fresh water supply. According to BBC, a recent study in 2019 shows that the electricity consumed by all the high-end computers involved in bitcoin mining worldwide puts the existing Bitcoin network somewhere between the Switzerland and Czech Republic in terms of annual energy consumption. More high-end computers, with technologically advanced processors will require energy hungry factories to a greater extent. In 2011, Google data centres used more than 2.3 billion kilowatt-hours of electricity, which represented about 2% of the annual electricity consumption of the entire United States. That same year, Facebook consumed 532 million kilowatt hours. The collective global demand for power in digital data centres accounts for the output of roughly thirty nuclear power plants. As the developing world is accessing the Internet more extensively, it is estimated that by 2020 the total energy requirements for the cloud will grow by 60 %. In near future a vigorous relocation of industrial clusters will take place, where data farms will replace heavy industries presently situated alongside thermal stations or hydraulic power plants.

Our concerns should be centred on the infrastructure and supply of such exorbitant amounts of electricity. The flip side of proposing the use of renewable energy as the main power source of these data warehouses is that renewable energy production is not cost effective and the production process also requires large-scale extraction of minerals from the earth’s crust, besides large quantities of land(in case of both wind and solar) and water (solar). The extreme-digitization of our public and private lives would enforce technology companies to produce cheap electricity, and most likely hazardous nuclear power plants would become the most viable option. In other words, digitization will only reinforce the existing regime of environmental destruction.

Nowadays billionaires such as Bill Gates and Richard Branson are promoting digital currencies as a magic potion which holds the power to eradicate poverty. It has been argued that with a very limited scope for the state to intervene in and control the currency system, cryptocurrencies will democratize the money economy and reinvigorate the economy globally.

If digital currency actually replaces hard currency based traditional economic systems, then states will be forced to set up nuclear power plants for meeting the excessive energy needs of data centres. Along with growing dependence on nuclear energy, extraction of minerals including fossil fuels for power plants will continue as usual. The popularization of cryptocurrencies or ‘Blockchain Technology’ would monopolize unheard of power in the hands of a few corporate giants owning data factories. They will have the technological access for mining virtual blocks and turn them into real wealth according to their needs. In the developing world, government funds will be channelized for constructing new plants to meet the ever increasing demand for energy. As the global status quo will stay unaltered, the retreat of states from fulfilling their economic responsibilities will felicitate the reinforcement of capitalist depredations over society and environment. In a country like ours where economic inequality restricts computer/digital literacy within a relatively small and economically privileged segment of the population, the onslaught of digitalization of economy will surely create more inequalities. Because our economic transactions will remain recorded minutely, data mining companies will gain intricate knowledge of our economic activities: daily expenses, buying patterns of essential and non-essential items. These private data will be sold to suitable buyers, namely: surveillance agencies of state and non-state actors, corporate conglomerates etc. for their own use. The promotion of cryptocurrencies is a ploy to hoodwink the world at large to the realignment of capitalism at the time of economic depression. Ironically, the survival strategy of the capitalist system finds a resounding echo in the mutation of pathogens, both of which continually pose a threat to living organisms but evolve whenever they face existential crisis.

Eventually, in near future the global digitalization will drag us down to a dystopia where mushrooming nuclear power plants and the intensification of ecological crisis will produce glaring socio-economic inequality, overseen by big data corporations and a pliable state. The plunder will be legitimised through the jargon of development. Technologies don’t solve crises. The exotic bitcoins and all the data centres of the world won’t make it a better, cleaner, healthier place. Let’s not be fooled.

The author Tithi Roy is an independent researcher.