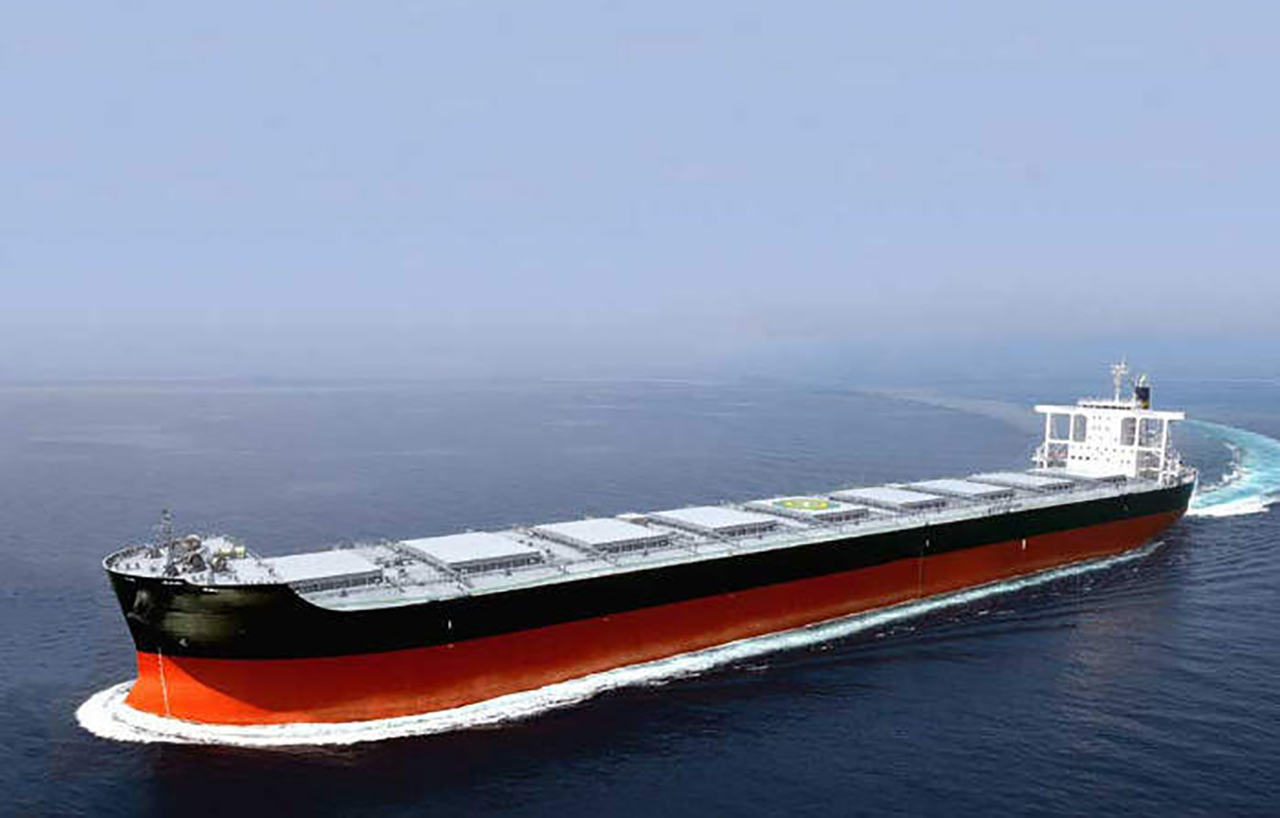 Lockdown at Sea : Indian Seafarers and the Pandemic

The Indian seafarers have remained on board on extended contracts for months now. Repatriation has been delayed due to the ‘logistical nightmare’ that is involved in the process of crew-change and a lack of proactive action on behalf of the govt. Despite repeated pleas on the ground of severe mental exhaustion, depression and fear of contagion, the process of flying back signed-off seafarers has begun only from June 6. Thousands still await their chance to return home with no clarity or prior information. A Groundxero report.

The story surrounding the colossal failure of the Indian government to secure for its working-class populations safe passage through the CoViD-19 pandemic appears to have no end. We have witnessed multiple states eliminate or significantly dilute labour laws in the interest of protecting businesses. To top it all off, the Centre for Monitoring Indian Economy (CMIE) estimates that over a hundred million workers have lost employment – the most severe unemployment crisis in decades.

The central government has repeatedly made it clear that it would not direct any meaningful efforts towards helping tide workers over (whether by relief, travel arrangements, salaries, or subsidies), and has been consistently attempting to shift any compensatory responsibilities onto the employers (without implementing any punitive measures should they fail to do so) and onto the state governments. This has resulted in, among other things, a painful uncertainty regarding the possibility of returning home, with many electing to make the long journey home on foot.

The situation has been much the same for the seafarers, the workers in the Indian maritime industry, who have been at seas for longer than the entire duration of the four lockdowns. This issue concerned 40,000 workers stranded aboard on extended contracts, who were forced into continued labour to ensure that trade did not stop and the already fragile economy and infrastructure in this country did not collapse in entirety. Typically, a captain had a four-month contract and the lower rank crew up to about eight-month but most crews irrespective of ranks have been refusing to continue on board despite compensation and perks. Plans to repatriate seafarers using charter flights had, at least in one case, fallen through. Despite their repeated pleas, chiefly regarding safety concerns and exhaustion that built up over many months, the government was simply unable to come forward with a solution.

On June 6, the shipping companies and the govt. seem to have finally come to an understanding and charter flights have started flying the stranded workers back home as part of the crew-change procedure. But a months-long story of hopelessness and trauma precedes this recent positive development. Moreover, most of the stranded workers are still awaiting their chance to return home, without any clarity or prior information made available to them. 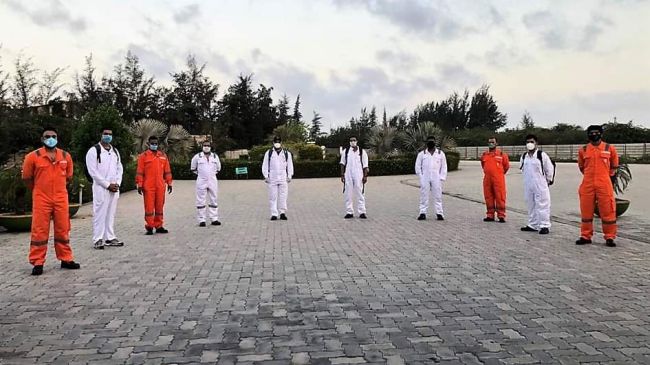 Failure and harassment around homecoming

Earlier, to the dismay of the seafarers, the proposal to run charter flights to facilitate crew change and ensure safe passage home for 14,000 Indian seafarers was vetoed by the Indian Ministry of External Affairs (MEA), unlike neighbouring countries such as China and Srilanka. Although the MEA promised evacuation through the Vande Bharat Mission, no significant progress was visible in that direction just like many other govt. schemes and promises around the lockdown. Sanjay Prashar, managing director of V R Maritime Services said:

“The Indian government, after 65 days of lockdown, cannot even make a procedure and they have failed miserably on crew change in foreign countries and bringing back stranded seafarers. They have treated seafarers as corona carriers and not as corona warriors.”

Moreover, instances of returning seafarers having to face the stigma of being labelled a “corona-carrier” despite following standard operating procedures have remained by the govt. Given the important function that seafarers perform – ensuring the continuity of international trade, which includes the transport of critical shipments pertaining to the fight against CoViD-19, among other things – they should have been treated on par with frontline healthcare workers. Unfortunately, just like the many stories of harassment faced by doctors and nurses, the Indian government failed to fight such social stigmas.

The safety concerns in theory

Indeed, it comes as no surprise that a brutish administration that has failed to recognise and protect the rights of its healthcare workers – the “corona warriors” that PM Modi has repeatedly asked us to pay our respects to by banging together pots and pans – refused to pay heed to the rights of the seafarers.

The safety concerns that Indian seafarers expressed were many-layered. Firstly, in India it is not unheard of that companies continue to function despite confirmed COVID-19 cases among the employees. Could the same be happening aboard?

We have been in touch with seafarers working on a few of the ships and they told a story that was in many ways similar to the stories of frontline healthcare workers and other workers on the mainland. The employees, as members of this maritime fraternity (Indian, Russian, Filipino, Indonesian, Thai, Croatian and Polish), alleged being “repeatedly exposed” despite multiple internal guidelines recommending that measures be taken to ensure the crew’s safety. We were told that this was an opinion echoed by many of those at sea.

For example, INTERTANKO’s outbreak management plan that refers to WHO’s guidelines advised that

“provisions contained in the ship security plan, which provide a framework for establishing preventive measures related to limited and unauthorised access, may also be effective in preventing the spread of  the virus to ships and seafarers,”

“during the port stay there should be minimal interpersonal exchanges with persons from ashore.”

Under Article IV of the Maritime Labour Convention (MLC) of 2006, “every seafarer has the right to a safe and secure workplace that complies with safety standards” and to “health protection, medical care, welfare measures and  other forms of social protection”.

Further, according to Regulation 4.1 of the MLC, flag states must ensure that seafarers are “covered by adequate measures for the protection of their health and that they have access to prompt and adequate medical care whilst working on board.” In the context of the CoViD-19 pandemic, and bearing in mind current global shortages in some medical equipment, this meant that all seafarers ought to have access to alcohol-based hand rub and personal protective equipment.

The International Labour Organisation (ILO) recognized that the current circumstances might at times lead to force majeure situations during which it becomes materially impossible to conduct the intermediate and renewal inspections required under Title 5 of the MLC within the time frame foreseen by the Convention.

The safety concerns in practice

Much of this has been only on paper. For example, while crewmen were mandated to quarantine for 14 days before joining and undergo tests, they alleged that the same rules did not always apply to those persons coming onboard to carry out various inspections and services.

It should be remembered that access to healthcare services do not include any serious medical emergency even under normal circumstances. Usually the crewmen in need of emergency medical attention must wait until they arrive at the nearest port. But the pandemic restrictions have made that quite complicated. Al Jazeera on April 13 reported the death of two crew members and hundreds of cases of coronavirus contagion onboard, as the crew members awaited evacuation.

Further, while shipping companies formally upheld the authority of crewmen to stop any symptomatic individuals from boarding the ship, the ship’s crew alleged that this put them in a difficult position :

“Companies say that we have the authority to stop anyone who has symptoms from coming onboard. That puts the ship staff under added stress, if we do stop someone and the operations are affected by it, who will face the consequences? If we do take an assertive approach, will we get blacklisted?”

Is it possible to maintain physical distance when a technician is sent to work in the engine room where people need to whisper into each other’s ears to be heard? Is it possible to tell an inspector to restrict himself only to certain areas and not to touch anything? Can we tell an auditor they have limited access as people could be at risk. How practical is the use of the recommended medical equipment for people entering holds or keeping gangway watch in swelteringly hot conditions?”

They were concerned that if they were assertive, they could be blacklisted within the industry:

“If we make a fuss about it, it would mean risking unemployment and further contracts because that is how shipping companies work.”

The safety concerns of the seafarers were in this way exacerbated by concerns relating to job security, the very real possibility of lay-offs, pay-cuts, and non- or late renewal of contracts. One is inclined to remember the quick apology conveyed by seafarer Roger D’Costa to his state CM for sharing the story of their plight on social media that went viral and “caused him some inconvenience.”

The Indian government might also be harming the chances of Indian maritime workers being hired in the global employment market for seafarers, as was hinted by Dixon Vaz, president of the Goa Seamen Association of India said in a report.

Finally, and in many ways perhaps the biggest concern facing the seafarers we spoke to was the mental health of those onboard. What an Indian Captain told BusinessLine coincides with that,

“One should not wait for an accident related to fatigue to wake up to the cause. Tired people do not perform. So, the crux of it is, fatigue is not good for a seafarer nor for the ship owner as it can lead to losses and no one wants that situation to arise. Hence, the urgency to change crew…”

While contracts were extended to avoid the disruption of services – these extensions unchallenged by the International Transport Workers’ Federation (ITF) in a circular from March – the seafarers we have been in contact with explained that there was a reason why contracts were drawn up for a certain amount of time: it was simply not possible to operate at the required level of vigilance required for longer than that. “It is not manageable indefinitely.” 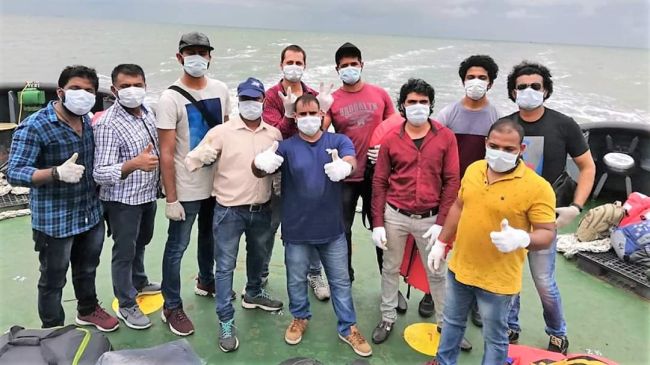 Thanks to Doha and Colombo ports allowing crew-change for Indian seafarers, 26 companies have so far used chartered flights to fly some of their workers home. But thousands still remain on ships awaiting crew-change.

It has become a matter of routine to acknowledge that a disruption of trade would invite disastrous consequences across the globe, especially during a global pandemic. It seems to us, however, that to continue to expect service under extreme conditions without addressing the very real concerns of these workers is unethical and condemnable.