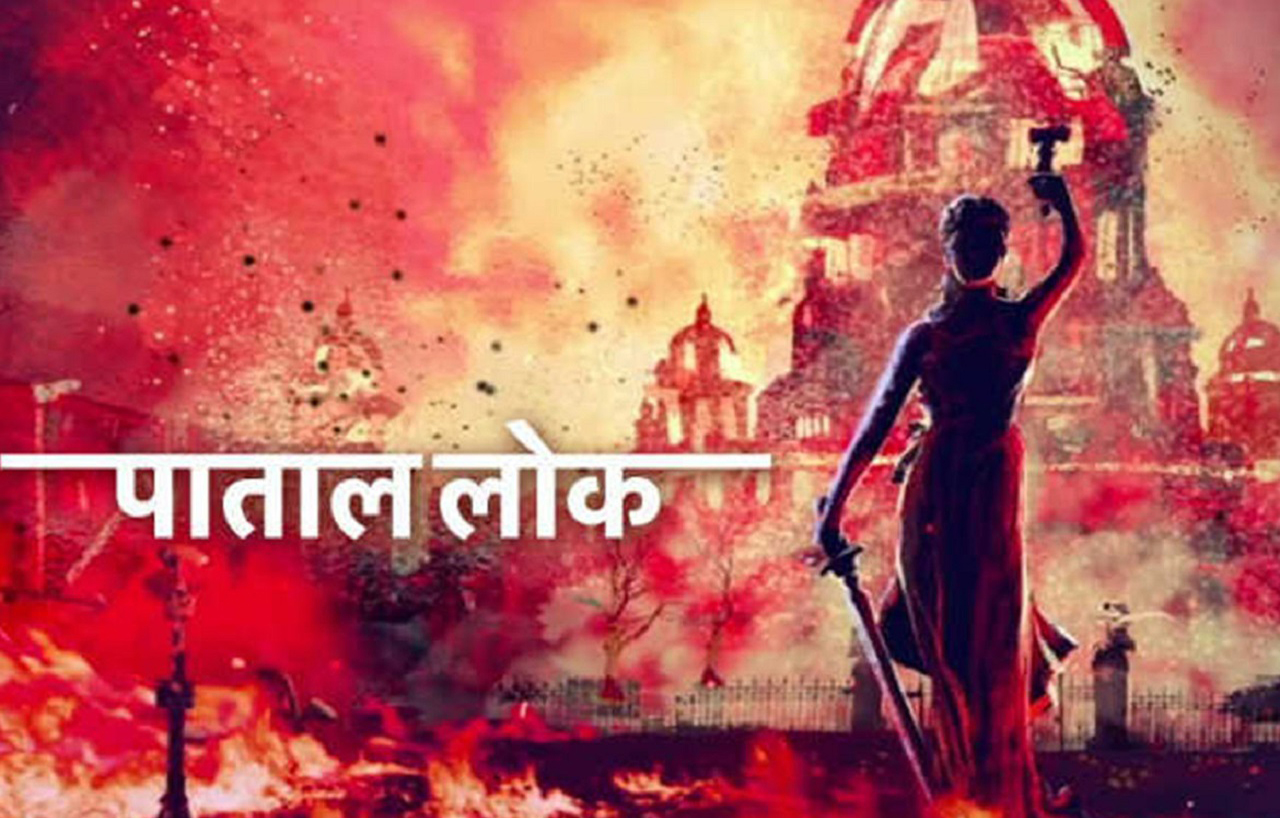 Hyper-masculine Gorkhas who have claimed to have problems with the word “Nepali randi” and are vehemently calling for the web series to be banned should take a moment to reflect on the widespread nature of domestic violence, slang culture, patriarchal attitudes and sexism within the Gorkha community in particular and across Indian society in general, writes Sumendra Tamang.

It has only been a few days since the web series Paatal Lok aired on Amazon Prime, and it is creating a huge uproar in the Indian Gorkha community. In the series, a Nepali woman is intimidated by a female police officer while being held in police custody, and is called a ‘Nepali Randi’. This has been broadly criticised for being racist and a large part of the Indian Gorkha community has been calling for a ban on the series. However, apart from being a manifestation of the prevailing racism against the Gorkhas, the term intersects gender discrimination and the question of oppressed nationalities.

Hyper-masculine Gorkhas who have claimed to have problems with the word “Nepali randi” and are vehemently calling for the series to be banned should take a moment to reflect on the widespread nature of domestic violence, slang culture, patriarchal attitudes and sexism within the Gorkha community in particular and across Indian society in general. Terms like “tuktukey, tuks, chaddi” have always been used by young boys and men of all ages in the Gorkha community in Darjeeling. These are code words colloquially used to stereotype girls who, by ambiguous Gorkha “standards”, are coded synonyms for the same, a randi or someone with a “loose character”.

It is not just the words “Nepali” or “Randi” that create the field on which racism towards the Gorkha community plays out. Even if these words were removed from the series, our faces and bodies are enough to invite derogatory remarks. Racism has always been one of the major issues that the Gorkhas face, even in the most progressive spaces. Racial slurs have always existed, and have been normalized. We must know that by now.

Woody Guthrie said, “The responsibility of art is to comfort the disturbed and disturb the comforted.” Along similar lines, Nina Simone, the existentialist, anti-racist, feminist artist once said, “The responsibility of an artist is to reflect the times we live in.” Paatal Lok is a reflection of how horrid and dark the rhetoric of ‘Mera Bharat Mahaan‘ is in ideology and its manifestations. The popular Gorkha imagination of its own identity stems from a hyper-masculine imagination of the “Bir Gorkha”, the courageous and strong Gorkha fighter. The Gorkha population has valorized the death of its own youth at the border. During festive seasons, songs like ‘Sandese Aate Hai’ from the film Border echo in rural parts of Darjeeling. Bravery to save the same Bharat Mata is considered patriotic, and killings are valorized and martyrdom is fetishized and considered patriotic in the Gorkha community. It is therefore no surprise that a show like Paatal Lok has created this kind of stir: it highlights the dark reality of how the country, which otherwise asks them to bleed in service of the national flag, ignores and tramples upon them. The depiction of a racial normative situation of the Gorkha becomes an insult and disgrace to the whole community as it becomes way too uncomfortable, way too real.

Minority politics has always been a victim of insecurity about oneself, about one’s identity and dignity. This is exactly what makes it easy for the majority to oppress the minorities. That’s how oppressed nationalities are subjected to daily subordination. However, as uncomfortable as it is, protest without a political context is synonymous with blind faith.  The history of the Gorkha community and our ‘Indianness’ speaks of a blind faith in how we not only overlook the scores of dead bodies in the streets and on the borders, but also how we decorate these bodies in the tricolor and medals for bravery and service to the country to make the bodies palatable and deserving by ‘being Gorkha enough’, by being Indian enough. Racism is real in just how much the Gorkhas have to put at stake to be accorded the right to be considered citizens deserving of civil rights and respect. Racism is disturbing in just how despite all this, Gorkhas are considered second class citizens. For once, let it be projected as something real and disturbing.

Much of the Gorkha racial experience has been centered around our Mongoloid features. Our faces are enough for us to be labeled foreigners, Chinese, Chinky, Jackie Chan, chowmein, and numerous other names including the new favourite, Corona. It is largely agreed upon in the Gorkha community and in the Northeast that racism is real. However, it is imperative for us to not let this prevailing mainland racism determine and appropriate our dignity and our sense of self worth. If Gorkha existence is in danger, it is not just because of the casteism and racism of a Brahminical mainland India, but also because of the prevailing anti-women, anti-tribal, and patriarchal attitudes which fester within our own community. Ascribing the blame of our precarious identities and lives on the other might solidify us in terms of our Gorkha identity, but the internal contradictions within our own society also require urgent interrogation and intervention.

What this debate has shown us till date:

The debate on Paatak Lok brings to fore a certain form of Gorkha extremism/nationalism where you are either with the popular Gorkha articulation that the show depicts, and you celebrate non-normative racism and sexism, or you are worthy of persecution. Those who have dissented from the larger Gorkha articulation have been called out as ‘communists’, ‘ JNU waley‘ (JNU students), ‘dhartiko boj‘ (burden on the earth), ‘jati birodhi‘ (caste/race opposers), ‘intellectuals’, ‘commies’, and other slurs. There is a saying in Nepali: “Jyada padera dherai Janney bhayechas!” (You think you know so much more by attaining some education?!) In many ways, this articulation sums up the resentment to intellectual thought and critique that prevails within the Gorkha community.

The Gorkha son of the soil Raju Bista, who is now elected BJP MP from Darjeeling, has hinted at more media and entertainment censorship which the BJP government has been trying to operationalise since it has come to power. Some self-proclaimed vanguards of Gorkha masculinity have made this about themselves while ignoring and incarcerating the opinion of others. This can be correlated with the populism and opportunism that plagues the Gorkha politik which seeks to appropriate the prevailing vulnerabilities of the Gorkhas to reap gains for themselves.  Emotional brainwashing plays a very important role here and while it is grossly insulting to hear the words ‘Nepali randi’ being uttered in a web series, it is important that we take a moment to reflect on the origin of such a moment. Are these words being uttered for the first time, or have we until now refused to hear these words, not only because they sound hurtful, but also because they threaten our social and moral fabric where sex workers are criminalized, marginalized and ghettoized. We should not fall into the trap of counter-reactions without any substantial context, in the name of defending the integrity of the community.

When you sweep the road adjacent to your house, make sure to clean the verandah of your house as well. Otherwise, all the dust and the sewage will blow right into your own “space”. Our own spaces can be and are equally racist and misogynist. When we question the very idea of racial slurs we must also question the patriarchal norms inside the Gorkha community and build up a holistic movement against such discrimination and deep-rooted misogyny prevalent everywhere. The very fact that the word ‘randi’ has become such a point of contention during times such as these, when people struggle to make ends meet, and the entire nation struggles under a lockdown, lays bare the upper-caste elite morality that prevails within the Gorkha community. Once when I was a kid and in our very neighborhood, a woman was tied around an electric pole and her head was shaved on the suspicion that she was a ‘whore’ and that she had disrespected the entire village community. After that incident, that woman was never to be seen. Such is the state of our society. If the whole of mainland India views Gorkha/Mongoloid/northeastern women as prostitutes then we must also accept that according to our own ‘community standards’ we are no different, somehow.

This is not the first time that mainstream Bollywood has shown and depicted Mongoloid faces in India in stereotypical caricatures, as foreigners and sex workers. The common refrain of ‘Shaabji’ is present in many Bollywood features where a Gorkha Nepali chowkidaar presents a framed depiction of the Gorkha, in the most overt stereotypical depiction of the Gorkha. There are innumerable examples of racism in the real life of Gorkhas who live in mainland India, or travel and migrate to mainland India. Until date, there has been an absence of political solidarity and resistance within the Gorkha community against such lived experiences of racism. However, why does this particular remark outrage us enough to send a ‘ legal notice ‘ to the production team? It is time for the Gorkha community to reflect on their complicit silence for all these years. That the community faces racism is correct. But will it only engage in a legal fight for instant gratification, or will it recognize the need for a long battle? That is the point of contention here. It is time the Gorkha community organises all the migrant workers on issues such as racism, labour exploitation, sexism, patriarchy, and so on. This political void cannot be addressed by legal notices or achieved by a ban on Pataal Lok but requires a grounded and relentless struggle.

A healthy debate is the need of the hour, and apart from this nothing about “mainland racism” is going to change in a day. If we don’t respect the narratives skewed from the popular ones, then we too are creating a vacuum for political development of the whole community. The author does not fully endorse the series, because the present era of the Hindi film industry is far from subversive, with it’s Khans and Kapoors and Roshans and Ranauts, each a little more cringeworthy than the next. While the potential for what Bollywood could be is another debate, the potential within the Gorkha community to resist and fight against the inherent biases that prevail within and outside it, remains untapped, unexplored and stifled.

The author is a social and cultural activist from Darjeeling.

Disclaimer : The views, opinions and facts expressed in the article are that of the author’s.