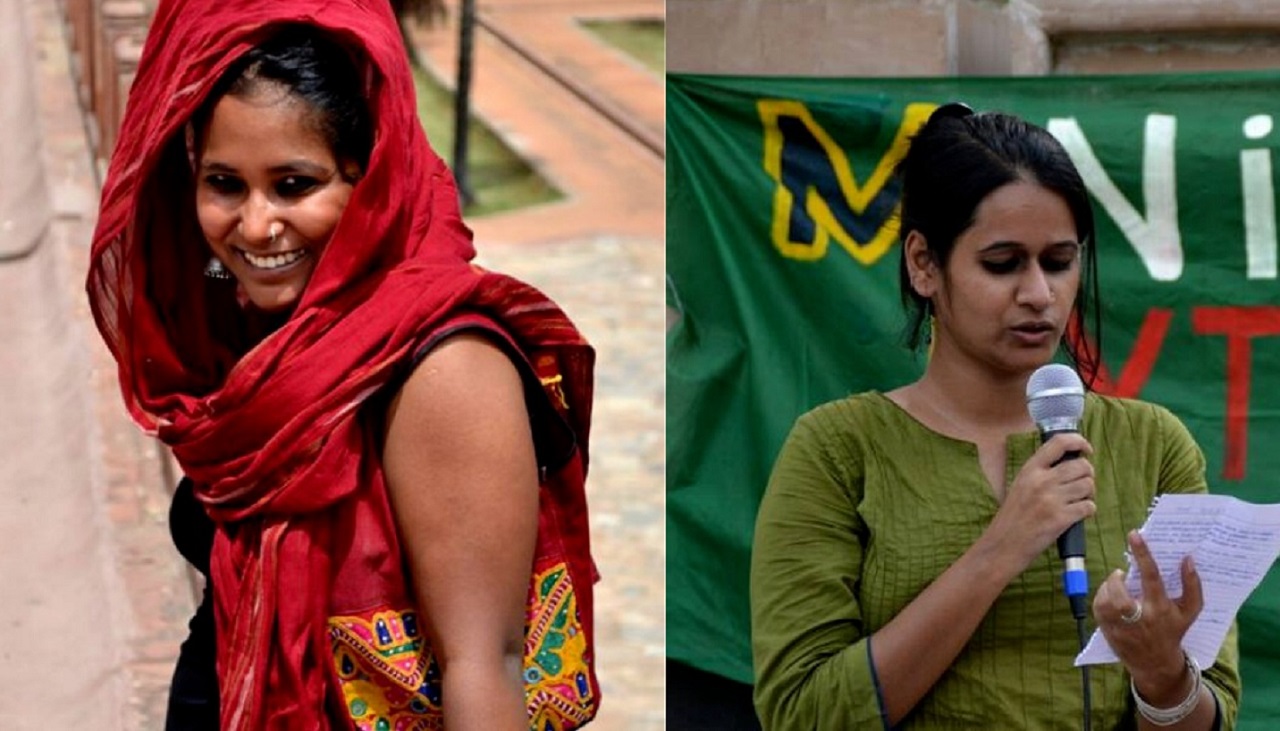 Pinjratod (Break the Hostel Locks) condemned the criminalisation of dissent and persecution of democratic activists by the Indian state. The organisation issued a statement demanding immediate release of its arrested members, Devangana and Natasha, and all other anti-CAA protesters by the Delhi police.

Even as the coronovirus epidemic shows no sign of abetting despite two month long countrywide lockdown, the Delhi police under Union Home Ministry continue with its witch hunt of activists associated with the anti-CAA/NRC movement in the national capital. On May 23, at 5:30 pm in the evening, two activists from Delhi-based movement Pinjratod (Break the hostel locks) have been arrested by Delhi Police. Devangana Kalita and Natasha Narwal were summoned to Jafrabad police station in North East Delhi where they were questioned by the special cell of Delhi Police for more than three hours and subsequently arrested. Another activist Gulfisha has also been arrested. Delhi police has seized their phones and forced them to give their passwords. The police did not give reasons to their family members for their arrest.

Pijnratod, in a statement on their Facebook page wrote,

“Devangana and Natasha were arrested by the Delhi Police from their homes at 5.30 pm on 23rd May without any prior notice. They have been presented before the Duty Magistrate at Mandaoli jail today afternoon and were granted bail in FIR 48/20 registered at PS Jafrabad with the magistrate observing that “the accused were merely protesting against NRC and CAA and did not indulge in any violence”. However, immediately after such order, police officials from the crime branch moved a fresh application seeking arrest and 14 days police custody on FIR 50/20 PS Crime Branch. This FIR includes grave charges such as attempt to murder, criminal conspiracy, rioting and obstruction and assault of public servant while discharging duty and sections under the Arms Act. Two days of police custody remand has been subsequently granted, while rejecting the request for 14 days police custody remand.”

Many Pinjratod members have been named in multiple FIRs (First Information Reports) in the past three months because of their participation in various anti-NRC/NPR/CAA protests that erupted nationally after the Indian government passed the draconian Citizenship Amendment Act in December 2019. GroundXero received a copy of one such FIR from February 24 which accuses Pinjratod member of inciting the protesting women of Jafrabad to block roads during the night of February 22, a day before the Delhi riots erupted.

The said FIR was filed by Devendra Singh, Sub-Inspector, Jafrabad Police station, against 12 people active in the anti-CAA movement in the Jafrabad area. The FIR was filed on February 24, during the Delhi riots. The report says on February 22, the women of Jafrabad who were participating in a sit-in against NRC, NPR and CAA were incited by Pinjratod activists, namely, Subhashini, Paroma Ray, Devangana Kalita, Gulfisha to hold a candle light march and gheraoed the Jafrabad metro station. The FIR mentioned that despite alleged attempt by the police to thwart the anti-NRC/CAA and anti-Delhi Police slogans, the protesting women did not move and were encouraged by the Pinjratod activists to continue with the blockade. The FIR also named a few local Muslim youths as the masterminds and leaders of the blockade along with members of Pinjratod.

“The explicitly political nature of the violence unleashed in North East Delhi is sought to be camouflaged by reporting it as a clash between communities. A false narrative of peaceful protest by women being the main cause of the violence has been propagated by the Police and fanned by the media. Fantastic narratives of “Jihadi-Feminist-Communist conspiracies” propagated by the massive Hindutva machinery have been seeking to make women, students, workers and members of marginalized communities seem like dangerous enemies of the state. However, shielded by such propaganda, people who have actually made public pronouncements threatening violence continue to roam scot-free,” Pinjratod wrote in their statement.

In the last couple of months, Jamia students Safoora Zargar, Meeran Haider, activists Ishrat Jahan, Khalid Saifi and Gulfisha Fatima have been arrested by Delhi police. Zargar and Haider have been booked under the draconian UAPA Act for their participation in the anti-NRC/NPR/CAA movements.

Pinjratod’s statement on social media strongly condemned the witch hunt of democratic activists and students being carried out by the Indian state and appealed to the student community and all democratic minded citizens to remain vigilant and strong in their struggles in face of this repression.

“As a women students’ organization committed to the ideal of a democratic, exploitation and violence-free society, we have witnessed the systematic escalation of social and institutionalized violence, the increasing impunity of those who commit such violence, the rising vulnerability of their victims, and the massive exploitation and impoverishment of the people of this country taking place before our eyes. We have attempted to fight against these at each step to the best of our limited ability. We try to navigate these dark times holding on to the courage lent us by the millions who continue to struggle against all forms of oppression and exploitation braving rising odds. The arrest of Devangana and Natasha and the repression being meted out on the student community today makes us ever more aware of the challenges we face, but they also further strengthen our resolve to keep fighting for the dreams of equality and dignity that have forced the darkest hours of history pass into oblivion,” they concluded.