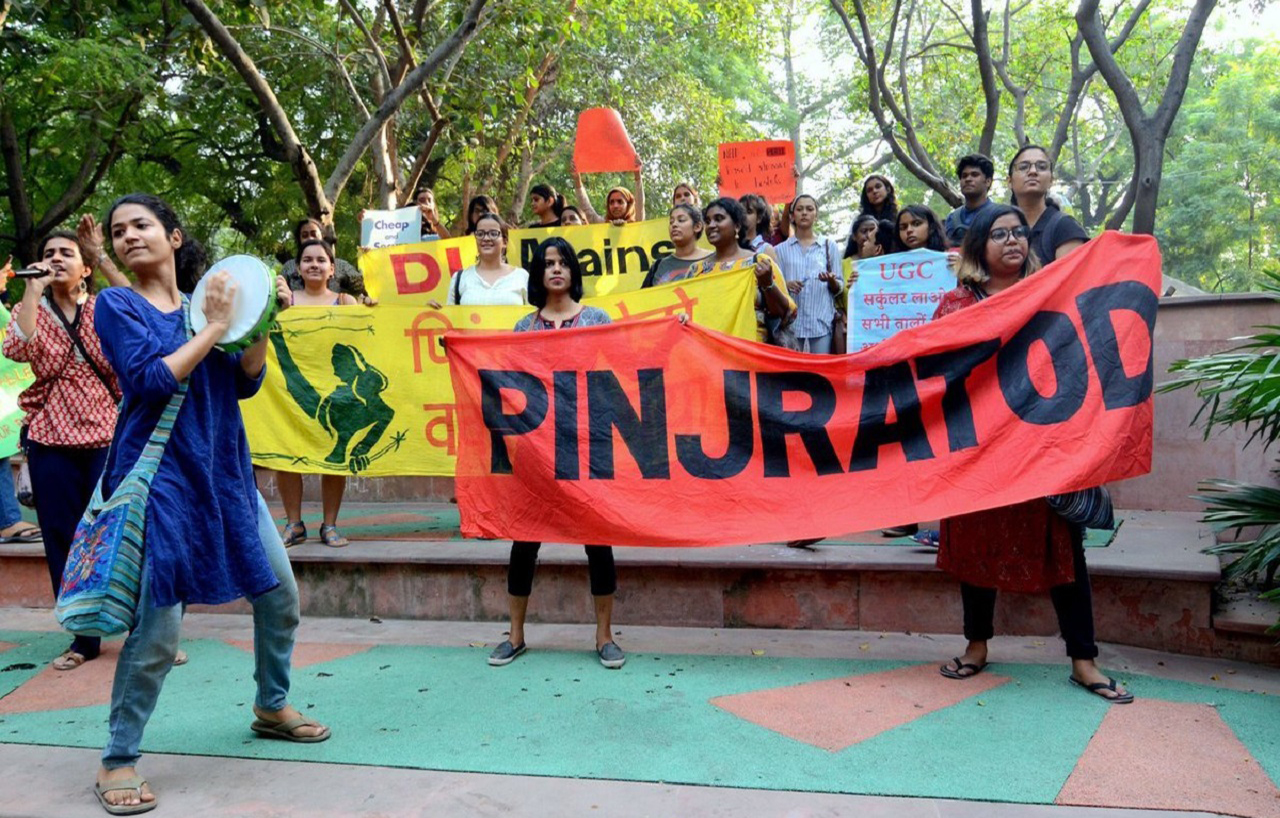 Even as the coronovirus epidemic shows no sign of abetting despite two month long countrywide lockdown, the Delhi police under Union Home Ministry continue with its witch hunt of activists associated with the anti-CAA/NRC movement in the national capital. Today, on May 23, around 6 pm in the evening, two activists from Delhi-based movement Pinjratod (Break the hostel locks) have been arrested by Delhi Police. Devangana Kalita and Natasha Narwal were summoned to Jafrabad police station in North East Delhi where they were questioned by the special cell of Delhi Police for more than three hours and subsequently arrested. Another activist Gulfisha has also been arrested. Delhi police has seized their phones and forced them to give their passwords.

According to the latest information received from Pinjratod members, they are being kept under police custody while their friends and lawyers are trying to figure out why they were arrested and what are the charges levied against them. The police did not give reasons to their family members for their arrest.

Many Pinjratod members have been named in multiple FIRs (First Information Reports) in the past three months due to their participation in various anti-NRC/NPR/CAA protests that erupted nationally after the Indian government passed the draconian Citizenship Amendment Act in December 2019. GroundXero received a copy of one such FIR from February 24 which accuses Pinjratod member in inciting the protesting women of Jafrabad to block roads during the night of February 22, a day before the Delhi riots erupted.

The said FIR was filed by Devendra Singh, Sub-Inspector, Jafrabad Police station, against 12 people active in the anti-CAA movement in the Jafrabad area. The FIR was filed on February 24, during the Delhi riots. The report says on February 22, the women of Jafrabad who were participating in a sit-in against NRC, NPR and CAA were incited by Pinjratod activists, namely, Subhashini, Paroma Ray, Devangana Kalita, Gulfisha to hold a candle light march and gheraoed the Jafrabad metro station. The FIR mentioned that despite alleged attempt by the police to thwart the anti-NRC/CAA and anti-Delhi Police slogans, the protesting women did not move and were encouraged by the Pinjratod activists to continue with the blockade. The FIR also named a few local Muslim youths as the masterminds and leaders of the blockade along with Pinjratod.

The Pinjratod activists and their team of lawyers are yet to receive any new information regarding the questioning and subsequent arrest.

Pinjratod  released a statement on social media strongly condemning the witch hunt of democratic activists and students being carried out by the Indian state and appealed to the student community and all democratic minded citizens to remain vigilant and strong in their struggles in face of this repression.