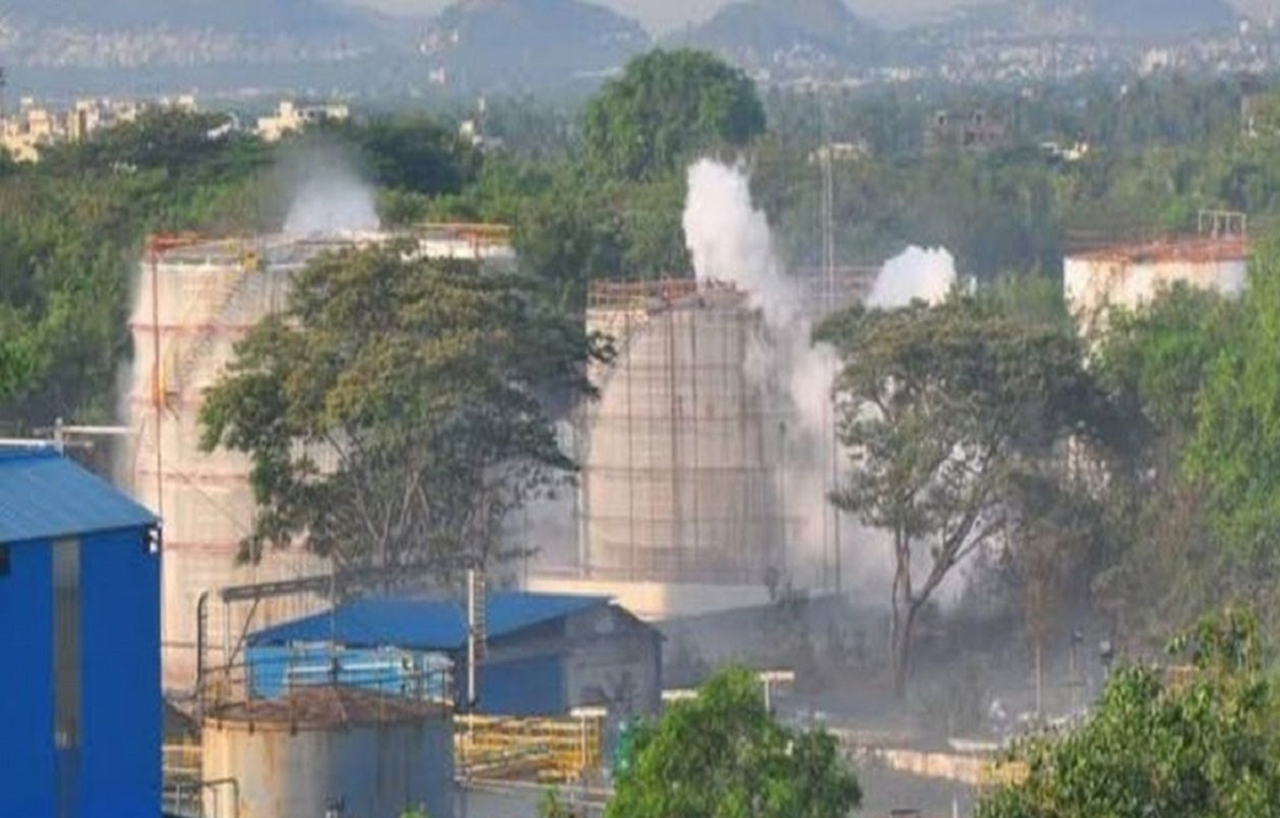 The deadly gas leak at the LG Plastic plant in Visakhapatnam puts the spotlight on the hazardous and polluting petrochemical industries and calls for urgent shift to green bio-plastic alternatives.

Today, a styrene gas leak occurred at the LG Polymers Plant between 2.30 and 3 a.m.  at Visakhapatnam in Andhra Pradesh, affecting at least five adjoining villages, including R.R. Venkatapuram, Padmapuram, B.C. Colony and Kamparapalem.

The incident led to panic among locals living in the 3 km-radius of the polymer plant. Many were seen lying unconscious on roads, lanes and ditches, while hundreds faced severe breathing difficulties, rashes on their body and sore eyes. Hundreds of people fell sick, and so far, about 11 persons have died, including a six-year-old girl after inhaling the leaked gas. Livestock animals, including cows also suffered from the leak. Over 500 persons are admitted at various hospitals, some of them in critical condition are in ventilators.

Most of the families in the surrounding villages were asleep when the gas leaked. Hundreds inhaled it and fell unconscious or suffered breathing issues. The initial response came from the local administration. Around 5:30 a.m., after 3 hours of the gas leak, the local NDRF unit was informed and it immediately reached the area within half-an-hour. About 200-250 families were evacuated. 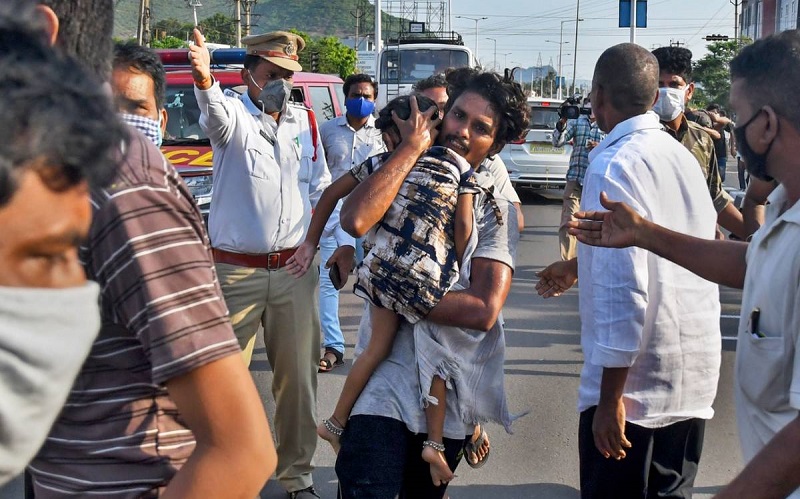 K Naveen, an eyewitness who is a resident of Venkatapuram said

“We slept at around 2.30 am. Because it’s summer we slept with our windows open. Then we woke up to this fog. The entire area was covered with this mist-like chemical. It caused a burning sensation on the skin. People were fainting even as they were walking. Even kids and elders are fainting. My parents also fainted. We are evacuating them 2-3 kms away from here and coming back to get more people.

The company is not bothered at all. All these car owners are employees of the company. They are not doing anything. Can’t they at least transport people to hospitals? Do we need such a company in the middle of the village? And why was it allowed to open during this time?”

The accident reminds us of the Bhopal Gas Tragedy, in which thousands had died. It is surprising how industrial safety rules and regulations are easily flouted by multinational companies. It appears that the companies in order to maximise their profits turn blind eyes to all stipulated rules and regulations. Bribing the administration and politicians is far more cost effective for these companies than investing in safety measures.

Styrene is a colourless liquid that has a sweet smell. The chemical formula for styrene is C8H8, and the molecular weight is 104.16 g/mol. Classified as a ‘hazardous and toxic chemical’, styrene is possibly carcinogenic to humans and is manufactured in petrochemical refineries. Short-term exposure to styrene in human results in mucous membrane and eye irritation, and gastrointestinal effects. It can react with oxygen in the air to mutate into styrene dioxide which is more lethal. Chronic (long-term) exposure to styrene  effects on the central nervous system (CNS) in humans, causing headache, fatigue, weakness, and depression, CSN dysfunction, hearing loss, and peripheral neuropathy. Studies on animals have shown adverse effects on the CNS, liver, kidney, and eye and nasal irritation from inhalation and exposure to the gas.

The plastic factory was closed due to the Covid19 lockdown. The leakage reportedly occurred  in the wee hours of Thursday around 2:30 am. when the workers were doing maintenance work for reopening of the plant after the lockdown rules were relaxed. The workers were reportedly checking a gas storage tank when it started leaking, probably because of overheating and corroded pipes.

Primary investigation reveals that negligence of LG Polymers is the main reason behind the Styrene gas leakage. It is a red category (highly polluting industry). Risks are always there while operating such petrochemical plants, that is why European countries are shifting towards green alternatives, such as bio-plastics. According to guidelines, the plant has to follow certain norms and maintain a minimum number of staff for resuming operations. However, that minimum number of staff was not present in the plant, even though the state government has issued maintenance passes for 45 persons.

LG Polymers has stored two thousand metric tonnes of styrene chemical in the plant. The chemical needs to be kept at temperatures below 17 degree Celsius. But, the mandatory temperature check was not followed, which resulted in a drastic increase in temperature and the gas leaked from the plant producing toxic flames.

LG Chem, the owner of LG Polymers, said in a statement from South Korea,

“We are currently assessing the extent of the damage on residents in the town and are taking all necessary measures to protect residents and employees in collaboration with related organizations”.

In this particular case, it’s fortunate that the leaked gas is not as poisonous as the one in Bhopal, and hence a bigger tragedy was averted. Still, the question remains, why were the people in the surrounding villages were not advised about the adverse effects of the gas. It took several hours for the administration to announce the antidote to this gas is plain water. A wet cloth covering the mouth and drinking lots of water were advised by the police. But had this been known to the people earlier, many lives would have been saved. Why was no awareness campaign ever held amongst the local populace by the company and the administration advising them of what measures to take during such an emergency?

With many other industries are about to resume production after the lockdown, this incident should act as an eye opener. Immediate steps must be taken to ensure that such accident is not repeated. But, in a country where environment rules and safety protocols are made only to be flouted by the rich and the powerful industrial owners, where loss of a few lives of ordinary people does not make a big sensational story, the matter will die down soon. The government will announce a monetary compensation for the victims, the politicians will give sound bytes promising strict action against the erring company, but soon we will be back to normal business.

It is high time that the labour unions and social movements take up the issue of industrial safety and put pressure on the government to make the companies strictly adhere to all rules and regulations. Urgent steps are needed to ban all such hazardous and polluting industries by shifting to green alternatives.