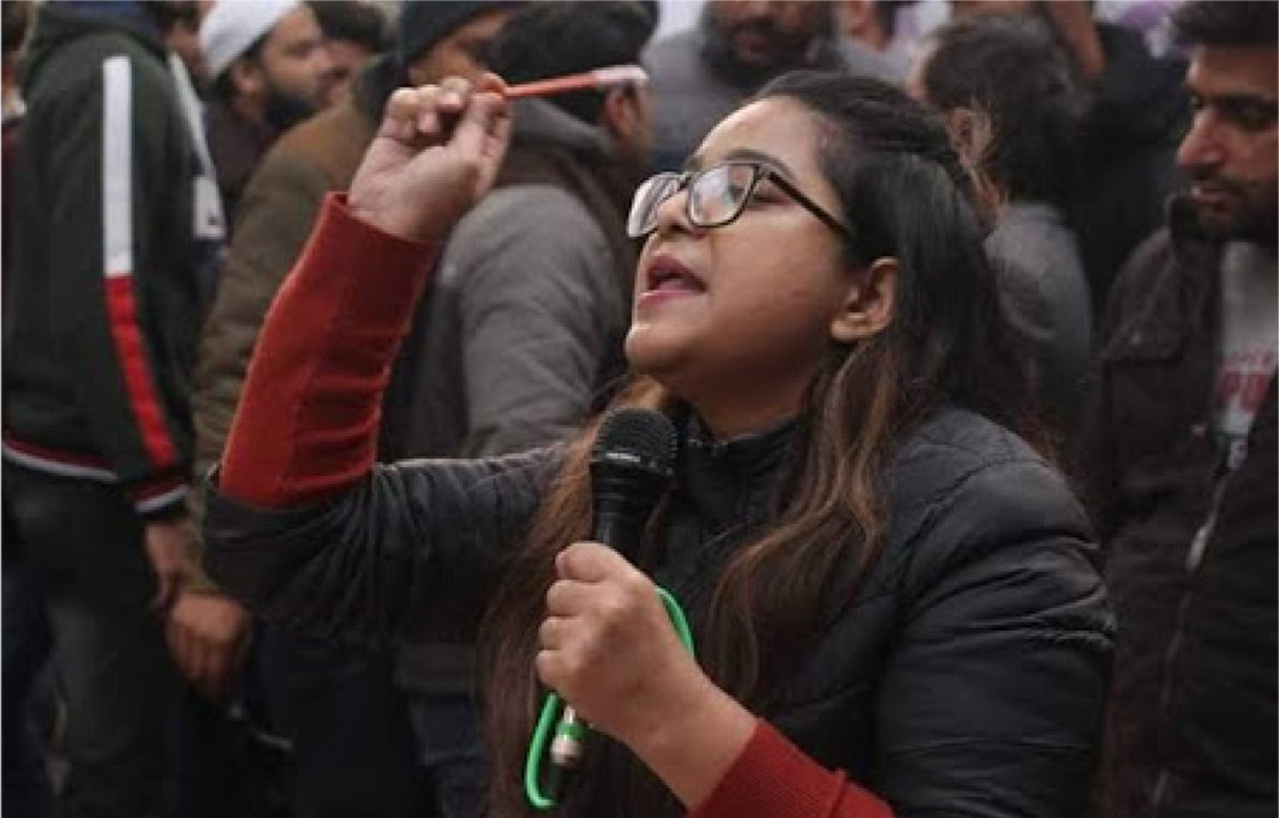 Yogesh Swamy, an activist involved in relief work in North East Delhi was arbitrarily picked up by Delhi Police’s Special Cell. Several more activists like Yogesh are being picked up and detained from all corners of the city, especially in those areas where protests against the CAA, NRC and NPR were underway and those affected by the February 2020 violence. This is happening despite the lockdown enforced due to the COVID-19 pandemic. Condemning the arbitrary arrests, Campaign Against State Repression demands the immediate and unconditional release of all such activists, students and other people and an end to this climate of fear being created by the Delhi Police.

Today, in the most brazen manner, the Delhi Police’s Special Cell has picked up Comrade Yogesh Swamy. A national vice president of Naujawan Bharat Sabha (NBS) and member of Bigul Mazdoor Dasta, Yogesh was picked up from Karawal Nagar where he has been providing relief to people affected by the February 2020 violence and those suffering from a lack of food and other essential supplies during the ongoing lockdown. In the name of interrogation, 8 to 9 police personnel including several plain-clothed officers arrived at the NBS office in Karawal Nagar this afternoon. Yogesh along with several others of NBS had been preparing and distributing food from the NBS office for the last two months. The police upon arrival quickly surrounded Yogesh and before anyone could intervene, he was forced into the police vehicle and taken away. None of the police officers identified themselves, nor did they provide any reason for wanting to interrogate Yogesh. Also, no information was provided regarding where he was being taken. Police did not even produce a warrant or notice. This is tantamount to abduction.

It must be noted that during the Central Government imposed lockdown to contain the Corona Virus outbreak, the actions of the Delhi Police have been disgraceful. Instead of providing relief to the countless workers trapped in the city without food or shelter, the Delhi Police has engaged in wanton brutality against workers and the violence affected people of North East Delhi, particularly those who belong to the minority community. Moreover, the Delhi Police has engaged in systematic targeting of activists and students, many of whom are engaged in indispensable relief work. This is being done on the grounds that they were involved in the protests against the anti-people and communally charged Citizenship Amendment Act (CAA), National Registry of Citizens (NRC) and the National Population Register (NPR) which till less than a month ago had enveloped the entire city. News reports have indicated that over 800 persons have been arrested following the violence in North East Delhi, the bulk of whom in a mockery of justice are persons from the violence affected minority community and activists involved the protests against the CAA, NRC and NPR. Nonetheless, the Ministry of Home Affairs under Amit Shah has demanded the Delhi Police continue arrests “under any circumstances” despite the COVID-19 pandemic and lockdown. Consequently, the Delhi Police is using isolation and immobility caused by the lockdown to target students from Jamia Millia Islamia, members of the Jamia Coordination Committee (JCC), activists and residents of Chand Bagh, Haus Rani, Jamia Nagar, Kardampuri, Khajoori Khas, Khureji Khas, Seelampur, Shaheen Bagh, etc. Not long ago, all these areas were centres of resistance to the CAA, NRC and NPR. Activists have been harassed via threatening phone calls, called in for interrogation and, in some cases, even taken into custody. Not only are these actions a form of state repression but they increase the risks of a COVID-19 infection. It is clear that instead of addressing the concerns being raised by the people worst affected by the pandemic and its own criminal complicity in the communal violence, the police are using a humanitarian crisis to further target and silence those who are currently involved in relief work for the worst affected. Their actions, instead of helping the people, will further aggravate the dire situation of the lakhs of daily wage workers and their families who are today bordering on starvation.

The Campaign Against State Repression (CASR) denounces these vile actions of the Delhi Police against the activists from the minority community and progressive organisations and demands the release of all persons arrested in connection with the protests against the CAA, NRC and NPR including Sharjeel Imam, Akhil Gogoi, Khalid Saifi, Soneshwar Narah, Pranab Doley, Meeran Haider and Safoora Zargar among others. CASR also demands an immediate cessation to all activities of the Delhi Police regarding the targeting of students and activists during the lockdown and the immediate release of Comrade Yogesh Swamy and all such persons detained by the Delhi Police. 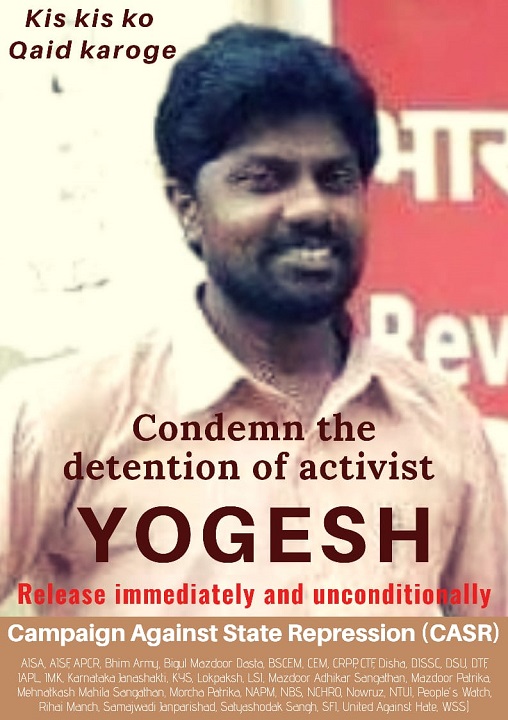