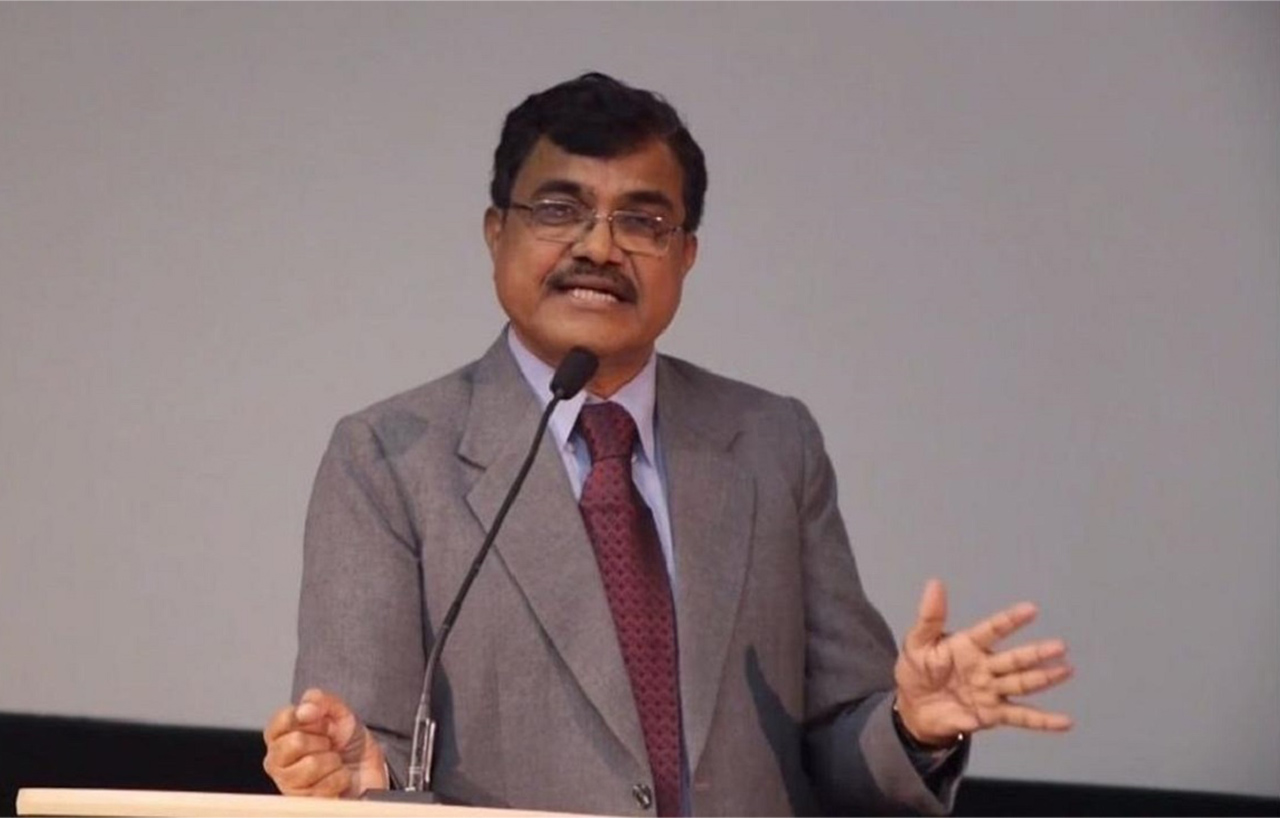 Open letter to the People of India — Anand Teltumbde

Scholar and activist Dr. Anand Teltumbde’s open letter to the people of India before his imminent arrest tomorrow, on Ambedkar Jayanti.

Tomorrow, on 14 April, the country will celebrate the 129th birth anniversary of Dr. Babasaheb Ambedkar, amidst the ongoing countrywide lockdown due to the coronavirus epidemic. Ironically, on the same day, Dr. Anand Teltumbde, one of India’s foremost public intellectuals and the strongest legatee of Babasaheb Ambedkar’s tradition of struggling for a truly democratic India, will be complying with the Supreme Court’s order to surrender to the jail authorities in Mumbai. Gautam Navlakha, a well-known human rights activist and journalist, will also be surrendering in the same case. This is both tragic and shameful, not only for all Dalits but for all democratic forces in this country.

Before his arrest, Dr. Teltumbde has penned down some of his thoughts and some insights into how this arrest has materialized after a series of events, from right-wing publications systematically attacking him by calling him a Maayavi (demon), to the destruction of his Wikimedia page, and more. The letter is reproduced in its original, unedited form below.

Open letter to the People of India

I am aware this may be completely drowned in the motivated cacophony of the BJP-RSS combine and the subservient media but I still think it may be worth talking to you as I do not know whether I would get another opportunity.

Since August 2018, when the police raided my house in faculty housing complex of Goa Institute of Management, my world turned completely topsy-turvy. Never in my worst dream, could I imagine the things that began happening to me. Although, I was aware that police used to visit the organizers of my lectures, mostly universities, and scare them with enquiries about me, I thought they might be mistaking me for my brother who left family years back. While I was teaching at IIT Kharagpur an officer of BSNL phoned, introducing himself as my admirer and well-wisher, informed me that my phone was being tapped. I thanked him but did nothing, not even to change my sim. I was disturbed by these intrusions but comforted myself that it might rather convince Police that I was a normal person and there is no element of illegality in my conduct. The Police generally disliked civil rights activists because they question police. I imagined, it might be due to the fact that I belonged to that tribe. But again I comforted myself that they would find that I could not perform that role either because of my full time engagement with my job.

But when I got an early morning phone call from the Director of my institute, informing me that the Police have raided the campus and were looking for me, I was wordless for a few seconds. I had come to Mumbai on official work just a few hours before and my wife had come earlier. When I learnt of the arrests, of the persons whose houses were raided that day, I was shaken by the realisation that I escaped the fate just by whiskers. The Police did know my whereabouts and could arrest me even then but for the reasons known only to them, did not do so. They did open our house too, forcibly getting a duplicate key from the security guard, but just video-graphed it and locked it back. Our ordeal began right there. At the advice of our lawyers, my wife took the next available flight to Goa, and lodged a complaint with Bicholim Police Station that the Police had opened our house in our absence and that we would not be responsible if they had planted anything. She volunteered giving our telephone numbers should the Police want to inquire with us.

Strangely, police had started holding press conferences soon after they embarked on the Maoist story. It was clearly meant to whip up prejudice in public against me and other arrested with the help of obliging media. On 31 August 2018, in one such press conference, a police officer read out a letter purportedly recovered from the computer of previous arrestees, as an evidence against me. The letter was clumsily constructed with the information on the academic conference I had attended which was easily available on the website of American University of Paris. Initially I laughed it out but next, decided to file a civil and criminal defamation suit against this officer and sent a letter on 5 September 2018 to the Government of Maharashtra for sanction as per the procedure. There has been no response from the government to date. The press conferences of the police, however, were stopped when High Court reprimanded them.

The RSS hand in the entire case was not hidden. My Marathi friends told me that one of their functionaries, Ramesh Patange, had written an article in their mouthpiece Panchjanya targeting me in April 2015. I was identified as Mayavi Ambedkarwadi along with Arundhati Roy and Gail Omvedt. Mayavi in the Hindu mythology refers to a demon meant to be destroyed. When I was illegally arrested by Pune Police while still under protection of the Supreme Court, a cyber-gang of Hindutva vandalized my Wikimedia page. This page is a public page and for years I was not even aware of it. They firstly deleted all information and only wrote “he has a Maoist brother… his house was raided … he was arrested for links with Maoist”, etc. Some students later told me that whenever they tried restoring the page, or editing the page, this gang would pounce upon and delete everything and put derogatory content. Ultimately, Wikimedia intervened and the page stabilized with some of their negative content. There was a media blitzkrieg, reeling off all kinds of canard through RSS’ so called Naxal experts. My complaints against the channels and even to the India Broadcasting Foundation, did not receive a simple response. Then in October 2019, the Pegasus story came out that the government had inserted a very pernicious Israeli spyware on my phone, among others. There was a momentary uproar in media but this serious matter also has died still death.

I have been a simple person who has been earning his bread honestly and helping people to the extent possible with my knowledge through writings. I have an unblemished record of service for nearly five decades to this country in various roles in corporate world, as a teacher, as a civil rights activist and a public intellectual. In my voluminous writings comprising over 30 books, and numerous papers, articles, comments, columns, interviews, published internationally, not an insinuation of support to violence or any subversive movement could be found. But at the fag end of my life, I am being charged for the heinous crime under the draconian UAPA.

An individual like me obviously cannot counter the spirited propaganda of the government and its subservient media. The details of the case are strewn across the Net and are enough for any person to see that it is a clumsy and criminal fabrication. A summary note on AIFRTE website may be read. For your benefit I will provide its gist here:

I am implicated on the basis of the five letters among the 13 that the police purportedly recovered from the computers of two arrestees in the case. Nothing has been recovered from me. The letter make reference to “Anand”, a common name in India, but the police unquestioningly identified it with me. Notwithstanding the form and content of these letters, which was trashed by experts and even by a justice in Supreme Court, who was the only one in the entire judiciary who went into the nature of the evidence. the content does not refer to anything that could be remotely construed as even a simple crime. But taking shelter under the draconian provisions of the UAPA Act, that renders a person defenceless I am being jailed.

The case may be depicted for your understanding as follows:

Suddenly, a police posse descends down on your residence and ransacks your house without showing any warrant. At the end they arrest you and lodge in the police lockup. In the court, they would say that while investigating a theft (or any other complaint) case in xxx place (substitute any place in India) police recovered a pen drive or a computer from yyy (substitute any name) in which some letters written by a supposed member of some banned organization were recovered that had a mention of zzz who according to the police is none other than you. They present you as part of deep conspiracy. Suddenly, you find your world turned topsy-turvy. Your job gone, family losing house, Media defaming you about which you cannot do a damn thing. Police will produce “sealed envelopes” to convince judges that there was a prima facie case against you that needs custodial interrogation. No arguments about there being no evidence would be entertained as judges would answer that it would be seen in trial. After custodial interrogation you will be sent to jail. You beg for bail and the courts will reject them as the historical data shows that the average period of incarceration ranged from 4 to 10 years before they got bail or acquitted. And this can happen literally to ANYONE.

In the name of ‘nation’ such draconian legislations that denude innocent people of their liberties and all constitutional rights are constitutionally validated. The jingoist nation and nationalism have got weaponised by the political class to destroy dissent and polarize people. The mass frenzy has accomplished complete derationalization and inversion of meanings where destroyers of the nation become deshbhakts and selfless servers of people become deshdrohis. As I see my India being ruined, it is with a feeble hope that I write to you at such a grim moment.

Well, I am off to NIA custody and do not know when I shall be able to talk to you again. However, I earnestly hope that you will speak out before your turn comes.