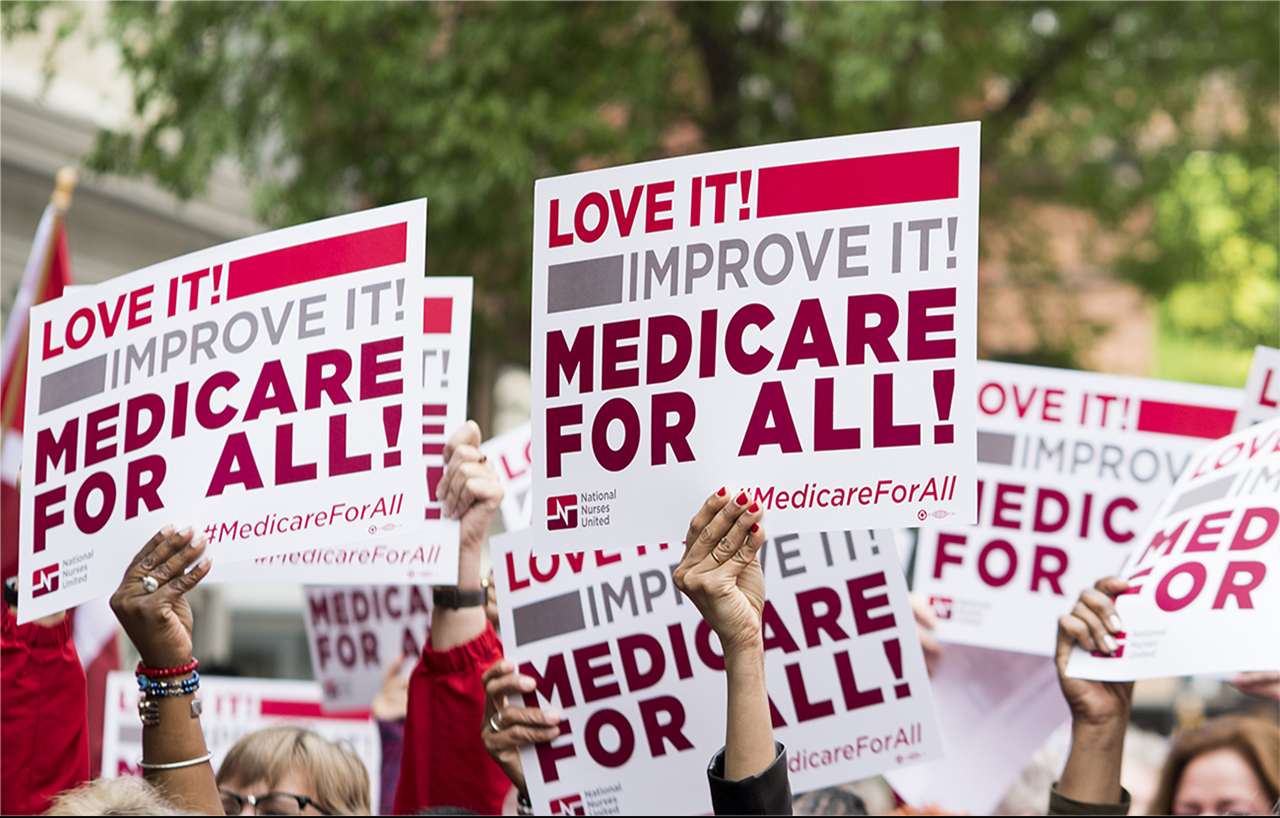 Bernie Sanders in the Time of the Pandemic

The current pandemic is just a foretaste of the horrors we are unleashing on ourselves via climate catastrophe. The planetary fight to defeat Big Virus by delivering healthcare for all is just the opening act of the battle to defeat Big Carbon by delivering green electricity and green mobility to all, writes Dennis Redmond.

While the entire planet gears up to battle against COVID19, a disease which threatens the lives of up to 322 million human beings (4% of our planet’s population), it is worth reflecting for a moment on the world-historic impact of Bernie Sanders’ 2020 campaign in the United States Presidency. Far from being a failure, the Bernie campaign is one of the most remarkable success stories of the 21st century Left imaginable.

Back in 2019, Sanders and his team knew very well that their chances of wresting the Presidential nomination from the Democrats, a plutocrat-owned cash register masquerading as a political party, were minimal. Nor were American voters in an especially revolutionary mood. As late as last December, low-paid jobs were still plentiful in the US, and the two most powerful reactionary ideologies of contemporary America — debt-financed consumerism and imperial whiteness — were still credible to a significant plurality (although not an absolute majority) of US citizens.

The Bernie campaign succeeded by running as a movement, not a candidate. In 2016, Bernie Sanders campaigned as the candidate who was against Hillary Clinton. In 2020, Bernie campaigned as the movement for democratic socialism. The major planks of the campaign include Medicare for All (a.k.a. universal access to health care), free college tuition, an end to the War on Drugs, free childcare for all, and the right to organize unions.

These planks proved wildly popular among a majority of Democratic voters. Volunteers signed up in droves, as Bernie’s campaign gained energy and momentum. The campaign also generated some of the best digital media productions of 2020, everywhere from powerful official campaign ads to hip hop artist Killer Mike’s stupendous The Time is Now. The campaign was so successful that the plutocrats who own both US parties panicked in early February, and concentrated all of their media channels and their money to support Joseph Biden — one of the few candidates whose corruption and revanchism comes close to the Fascist occupying the White House.

It is true they partly succeeded, by terrifying enough older Democratic voters to give Biden a commanding lead in the post-February primaries (we will explain the demographic reasons for this in just a moment). But the price tag of this short-term victory was a catastrophic long-term defeat for the plutocrats.

Bernie’s 2020 campaign was never about the primary. It was about launching a political revolution in the heart of the most politically retrograde and plutocrat-ravaged society on Earth. It was about building a movement to change the fundamental nature of American politics, by focusing specifically on Democratic voters and independents and then expanding from there — and it succeeded.

In every single state primary election, Bernie’s campaign convinced overwhelming majorities of Democratic voters — even those who voted for Joseph Biden — to approve of Medicare for All. Before Bernie 2020, most Americans obeyed their plutocrats and rejected socialism as un-American. After Bernie 2020, major opinion polls showed a majority of Americans were willing to vote for openly socialist candidates.

This is a political earthquake without any precedent in American history since the Great Depression, and it occurred prior to the pandemic. When the pandemic finally arrived, it only cemented this shift in place. According to a recent poll by citizens’ group Data for Progress, two-thirds of Americans now want free access to COVID19 testing, treatment, paid sick leave and paid family leave, while a majority of all Americans want Medicare for All. As Matt Stoller tweeted, only half in jest, “We’re all democratic socialists during a pandemic.”

The emergency spending bills currently in front of the US Congress feature a raft of measures copied directly from the proposals of the Bernie campaign — paid sick leave and family leave for all, a moratorium on student and consumer debt repayment, massive increases in social protections and public health care, a massive boost in scientific research, and a universal basic income to help ordinary Americans cope with the massive lockdown underway to stop the spread of the virus. These are socialist policies unimaginable just two weeks ago, but which are now the political mainstream — because the alternative is mass death on a scale far greater than all of the wars ever fought in American history.

Perhaps the single most telling metric of the success of the Bernie campaign has been its extraordinary appeal to young people. Exit polls consistently show that Bernie has won overwhelming majorities of Democratic voters who are 35-years-and-younger, while Biden is equally dominant among voters aged 45-years-and-older.

This generational divide is not cultural. It is economic. The older generations have pensions and Medicare coverage, and their conservative political outlook reflects the fact that they personally benefited from the imperial surplus of American capitalism. By contrast, the younger generations have experienced nothing but financial crises, debt and immiseration since they were born.

The Bernie campaign did not just tap into the rage and discontent of these young people. It gave them a sense of dignity denied to them by the two abysmally corrupt ruling parties of America, both of which served the plutocrats and not the people. Those young people regularly filled up massive public venues, convention halls and sports stadiums during Bernie’s campaign. They cheered wildly during his speeches, and volunteered in record numbers for his campaign.

In 2018 and 2019, significant numbers of young people flocked to the new mass movements spawned by the 2011-2012 Occupy protests, everywhere from new union movements and new civil rights campaigns to new environmental movements. What the Bernie campaign did was to create a network-of-networks enabling these post-2018 movements to support — and be supported by — all the others. This network-of-networks is not a one-time vote or a single event. It is a permanent set of institutions, practices and communities, which embody the first nationwide expression of working-class political power in the United States since the 1940s.

In conclusion, there are three points worth making about the near future. First, there is no market solution to COVID19 or any of the other zoonotic (i.e. animal-transmitted) and antibiotic-resistant pandemics coming our way. As Mike Davis has argued, these pandemics are an inevitable result of a world of planetary tourism, commerce and connectivity without a planetary public health infrastructure. The crisis of 2020 is our 1929 — the system-breaking crash of an entire epoch, and the beginning of the fight to build a new and better society.

Second, the current pandemic is just a foretaste of the horrors we are unleashing on ourselves via climate catastrophe. The planetary fight to defeat Big Virus by delivering healthcare for all is just the opening act of the battle to defeat Big Carbon by delivering green electricity and green mobility to all.

Third, the American socialist movement is going to continue to grow in strength, in numbers and in creative possibilities. Online shows such Krystal Ball’s The Rising are now doing the scorching anti-capitalist investigative journalism the mainstream media refuses to do, and attracting audiences of millions of viewers. In response to the ongoing quarantine, Bernie’s campaign has shifted to digital town halls, the transnational remix of FDR’s fireside chats. The current health care mobilizations occurring throughout the United States are triggering a qualitative transformation of political consciousness: citizenship is no longer about buying and selling, but about solidarity and survival. The American Left is being reinvented in what is just the opening act of a wave of anti-capitalist political uprisings which are going to detonate all across the world.