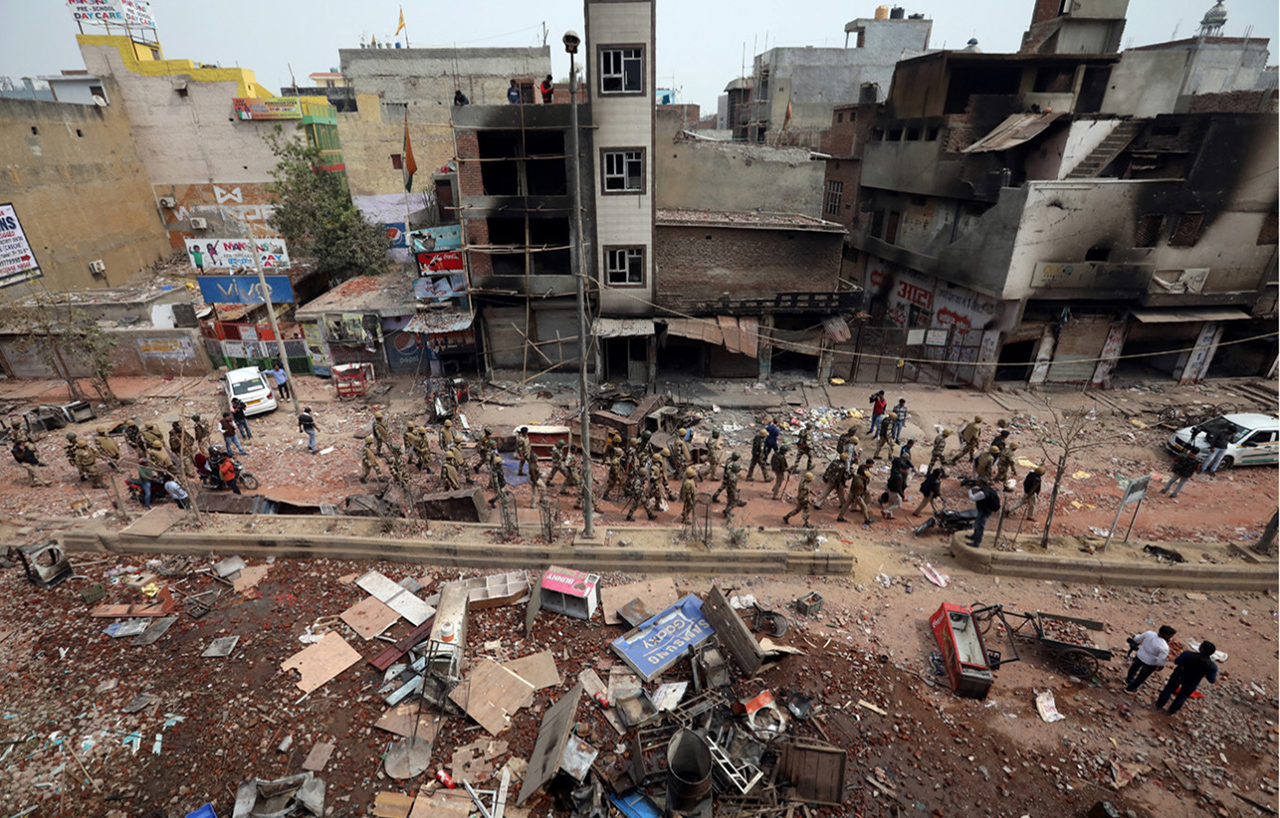 Anti-Muslim Violence in Northeast Delhi: An Enquiry Report by a Doctors team

We bring to our readers a brief summary of the inquiry report into the anti-Muslim violence in northeast Delhi by a team of PMSF (Progressive Medicos and Scientists Forum) doctors, who visited the riot affected areas  to provide urgent medical help to the victims. The inquiry report was released in the form of a Press Release by PMSF.

Members of the medical team:

3.  Dr Sumitran – A consultant radiologist with a government hospital in Delhi.

4.  Five doctors from the All India Institute of Medical Sciences

Violence had broken out in the area on 23rd evening itself. From the evening of Sunday the 23rd of February, 2020 itself, there were several calls and appeals for urgent medical aid to be reached to the affected area. We made repeated attempts to reach the violence hit area on the 24th and the 25th, but these were foiled by the police and the rioting mobs. We finally managed to reach the Al Hind hospital in Old Mustafabad area of Northeast Delhi, on Wednesday, the 26th of February. The Al Hind hospital was one medical facility that had been totally overwhelmed by this tragedy. Apart from 26 February, PMSF doctors also visited the violence affected areas on 28th February as well.

Main findings of the study

“……….. people who were still alive, writhing with agony had come to the Al Hind hospital. We did not even have the courage to look at them; we were becoming dispirited. But it is the local people of this area who gave us courage. They said – ‘Doctor sahib if you lose heart like this then we will die; We shall lose all hope.’ It is the people of this area who have assured us. ……… We do not even know that those who died were Hindus or Muslims. We were weeping because we were seeing people die of their agony and that we were feeling helpless.”

Age distribution of the 48 persons who died in the violence as of 2nd March. 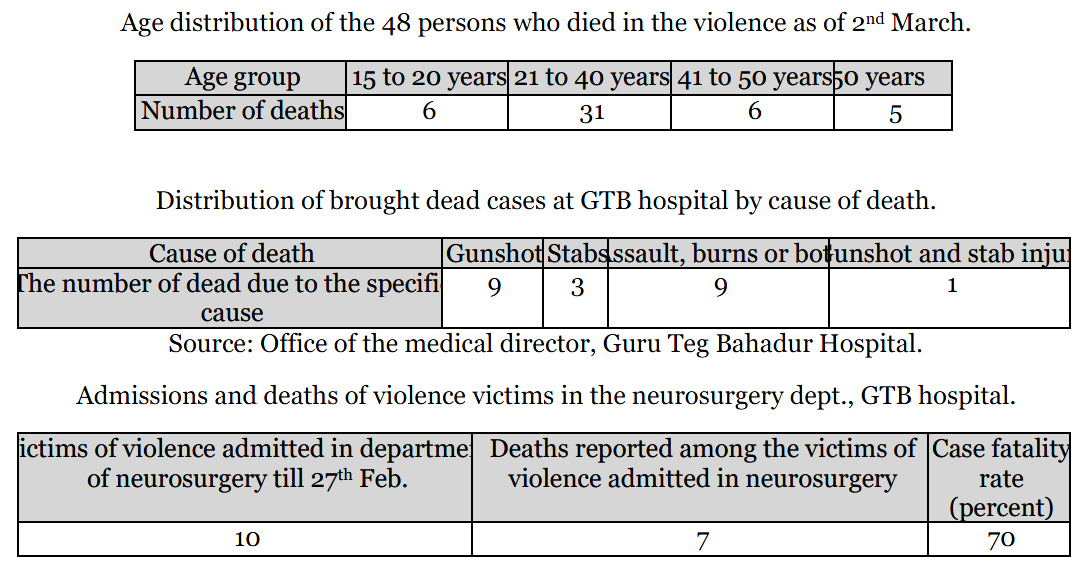 The sincerity and quality of medical response of the government

Despite being the National Capital Territory of India; despite the fact that some of the best medical institutions of the country of national and international repute, as also the fact that Delhi has hospitals which attract a large number of international patients by way of medical tourism, none of this stands any guarantee of easily accessible, effective medical care for the people in the times when medical catastrophe strikes, given the fact that the victims of such catastrophe are invariably the poorest segments of the society.

Just as there is behaviour of the people with respect to seeking health care, there is also the behaviour of health institutions. The experience of this violence directed primarily against the Muslim minority, actually shows that dominant social and political attitudes can make health institutions inaccessible to the suffering masses even though these may be physically located right in the midst of the people. Instead of reaching out to the people in the most testing of the times, the public health institutions, let alone the private ones, clearly fell much short of what was expected of them.

Some recommendations for alleviating the immediate suffering

Winning back peoples’ confidence by providing them effective relief and assuring them that the society at large does not share the world view of those who attacked them and that of their political sponsors, remains a big challenge for all of us. The tragedy is too huge to be mended by the efforts of civil society alone. There has to be a large-scale organized effort on part of the government to heal the physical, mental, psychological, social and financial wounds which have disfigured the lives of people in the violence affected areas of Northeast Delhi. Towards this end we feel the following measures can be of immense help in providing medical and other relief to the affected people.

➢ Outreach teams constituted of doctors, and other paramedical staff, equipped with necessary equipment, medicines and other consumables be constituted forthwith.

➢ Existing public infrastructure in different localities be used to create field hospitals, may these be government dispensaries, urban Primary Health Centres or the schools and other such places.

➢ Social workers and civil society volunteers need to be deployed in large numbers to reach out to the people house to house and inquire about the injured or those sick and requiring help. Help need be taken in this regard from departments of Social Work in universities in Delhi.

(We have deliberately concealed the identity of five doctors from All India Institute of Medical Sciences on a precautionary note to avoid trouble from the administration. However, we wish to acknowledge that this effort could never have succeeded without their yeoman service and support. Dr Harjit Bhatti (National Convener) and Dr Vikas Bajpai are members of PMSF. Dr. Sumitran and others went with the team though they are not members of PMSF.)