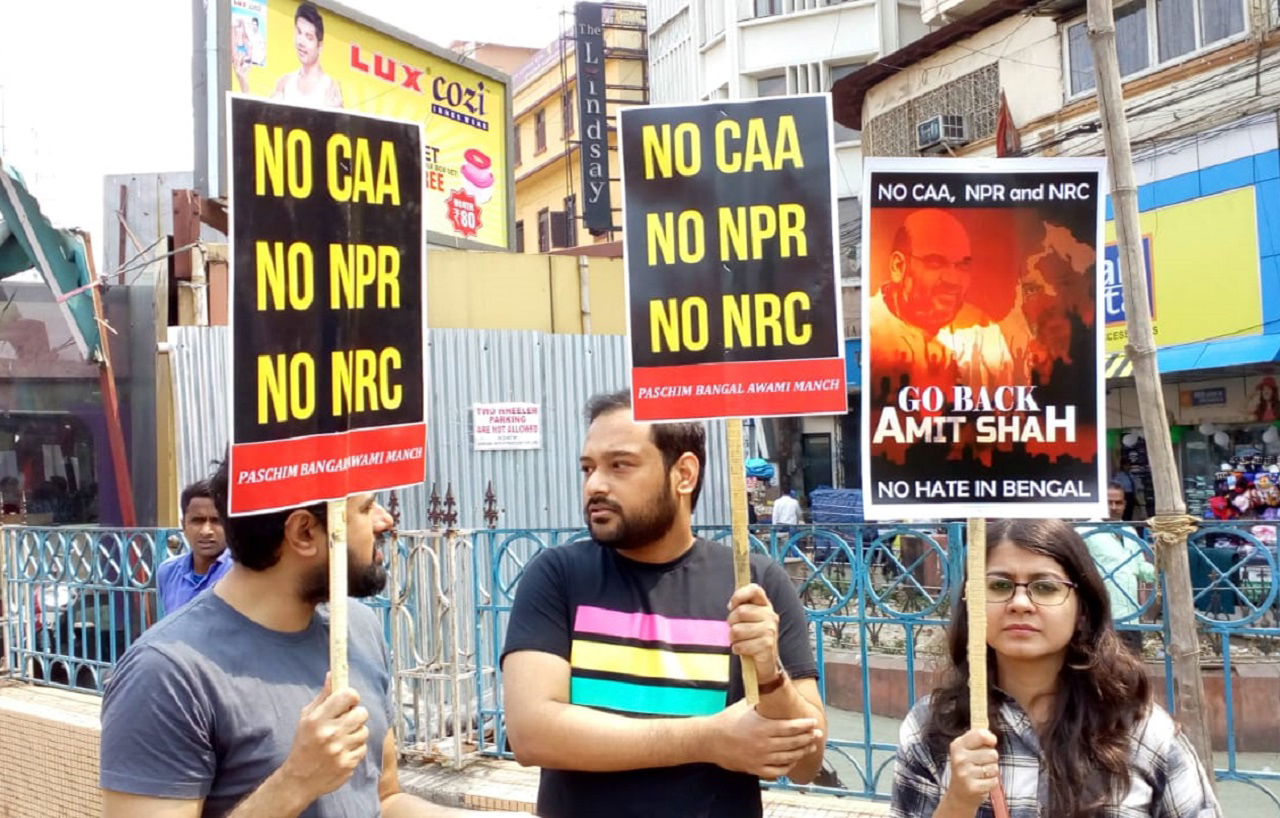 Union Home Minister is in Kolkata today. Among his various scheduled programs, one was to address a pro-CAA rally of BJP party workers and supporters at Saheed MInar in Kolkata. The gathering at Saheed Minar was not up to state BJP leader’s expectations. Even Amit Shah’s presence at the meeting failed to bring in party supporters. Saheed Minar ground was at best only half filled.

The BJP workers in several parts of the city raised provocative slogans like “Goli maro salo ko … Desh k gaddaro ko (shoot the traitors)” en route to attend Amit Shah’s meeting at Saheed Minar. After what happened in Delhi, public-raising of such violent slogans clearly shows the intent of the BJP. The party has no other agenda but to accelerate the communal polarization in society by branding any dissent to its policies as “anti national” and openly calling for violence against the dissenters. The slogans were raised in the presence of the police who merely remained mute spectators.  While video of the slogans went viral, the police and administration is yet to take any action against the culprits.

Meanwhile, various leftist student and youth organizations, anti-CAA/NRC movement activists staged a number of protest demonstration in many parts of the city opposing Amit Shah coming to Kolkata and creating communal divide among the people.  Black flags, posters and banners with “Go Back Amit Shah” slogans were hoisted by the protesters. They held Amit Shah responsible for the attacks on Muslims in Delhi by riotous Hindu mobs backed by the police force which operates under him. 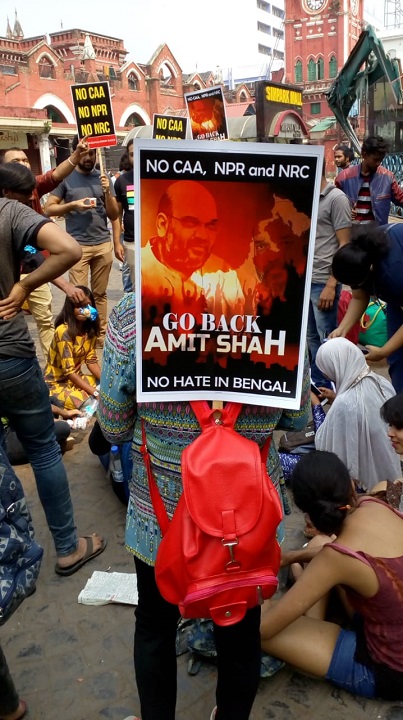