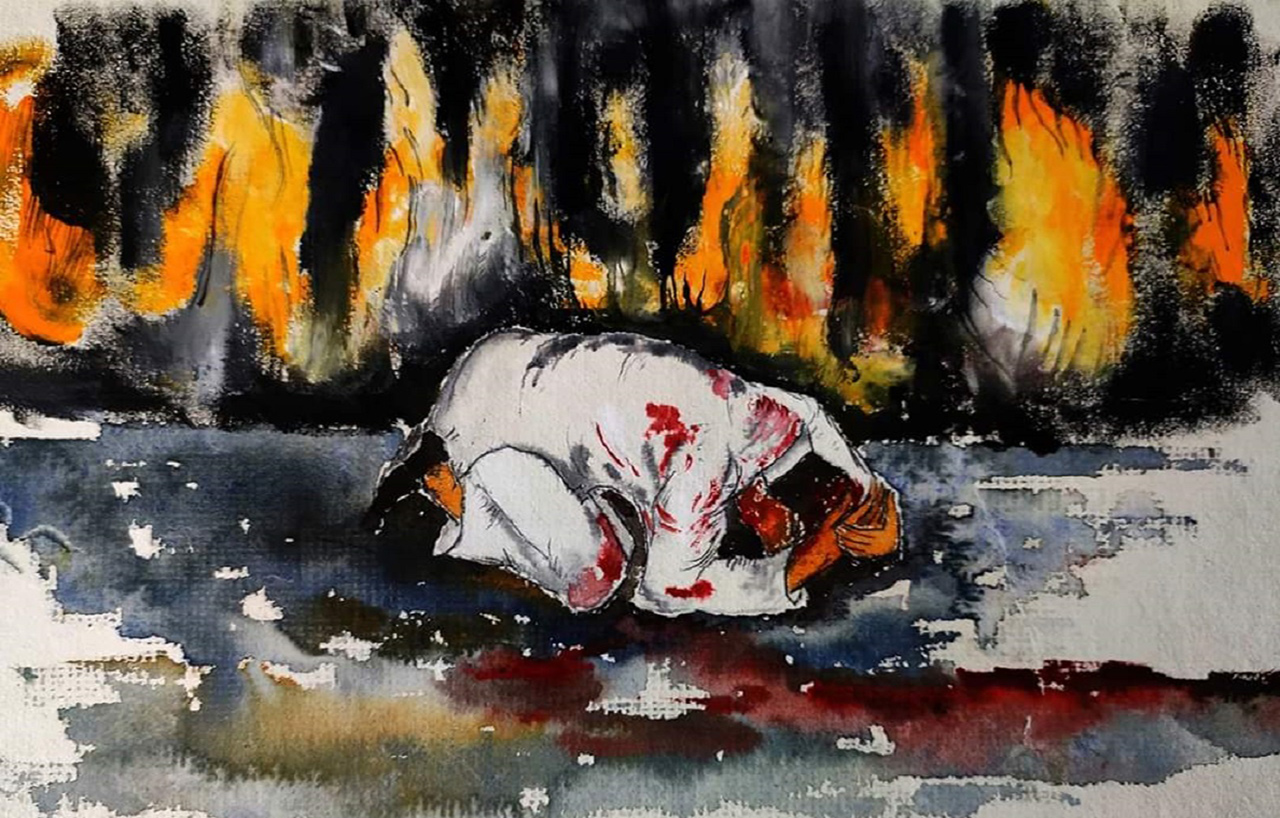 As deeply disturbing scenes and images of gory violence, terror and rampage by majoritarian mobs led by the Sanghi brigade and backed by the police continues to appear in various media platforms from several parts of northeast Delhi, it is unfair, even cruel, to demand regular updates from communities and activists trapped in the middle of a riot — nay, pogrom. Given the magnitude of what is happening in Northeast Delhi, it is impossible to write clean, coherent, articulate sentences describing what is happening. This is one of the instances, where language fails. A report by GroundXero.

“Tu hindu hain ya muslim, pant kholun”, since birth I have never been questioned about my religion in this grotesque manner, wrote Anindya Chattopapadhyay, a photo journalist who works for TOI, in a Facebook post. 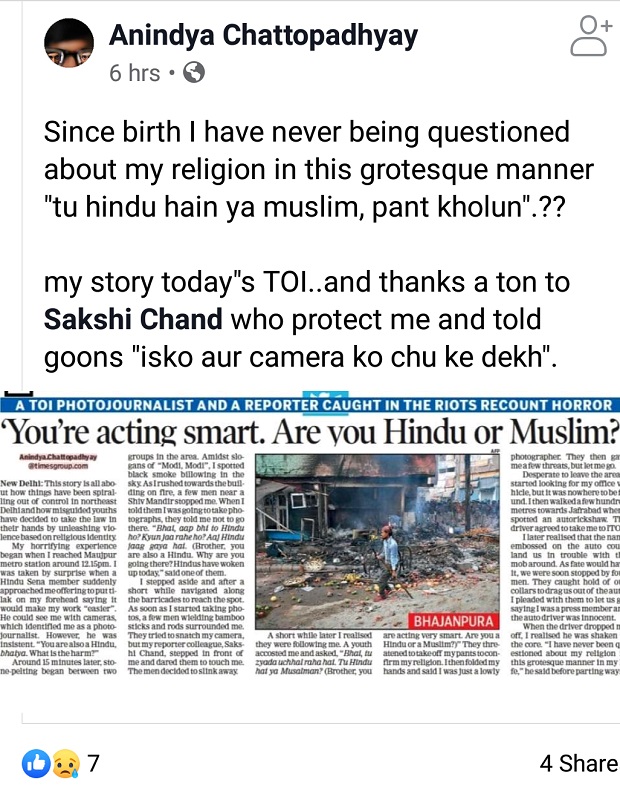 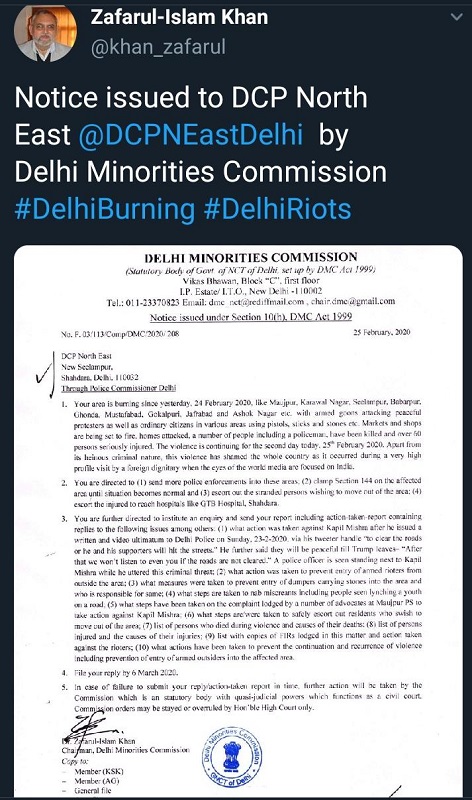 The above two quotes sum up more or less what is happening in Delhi. Official records claim, till now nine persons, including a police head constable have died, scores have been severely wounded, houses, vehicles and commercial establishments mostly, belonging to Muslim community have been burnt or rampaged. Several parts of the national capital are under the control of armed riotous mobs out to violently clear all anti-CAA protest sites and delegitimize the entire movement.

The violence escalated only after BJP leader Kapil MIshra, went with a mob near the protest site at Jaffrabad, and in the presence of senior police officers, raised provocating religious slogans. What is more, he threatened to forcefully evict the anti-CAA protesters from that area, if the police didn’t clear the protest site within three days. It was a signal to the Hindutva foot soldiers to act.

That the violence and attack was pre-planned well in advance before execution, becomes amply clear from the fact that saffron flags were seen hoisted on the houses and shops belonging to the majority Hindu community in areas like Seelampur, Majujpur and Jaffrabad. This was done to mark those houses and shield them during rioting.

As it is, these areas remain impoverished, working class areas which have, by and large, remained outside of the affluent, liberal Delhi’s cultural, social and imaginary maps. Incidentally, these peaceful ANTI-CAA protests are the events that put these localities into the mental maps of elite, Khan market Delhi.

The Delhi administration has washed off its hands from the situation. Arvind Kejriwal’s morning tweets talked about spirituality, Melanie Trump and happiness. Not a word about what is going on in Northeast Delhi. Later in the day, he spoke about the incident in vague terms, using terms such as “violence” and “peace,” without being accountable or naming the political players responsible for the violence. Proving once again that sometimes, silence speaks louder than words. 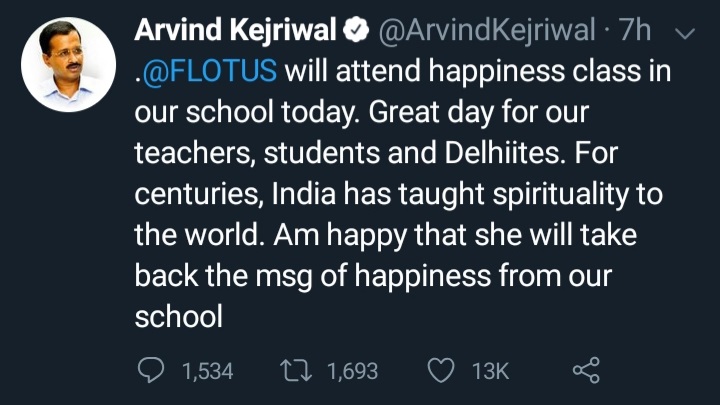 A group of activists working on ground reported that they went to meet AAP leader, Manish Sisodia, who claimed, they are “helpless.” “The police is not listening to us”, Sisodia reportedly said. The activists demanded, in that context, at least, AAP should immediately hold a press conference and appeal the central administration to act in a non partisan manner.

There are enough reports, anecdotes and incidents to prove that the police had joined hands with the Hindutva goons. From all the available evidences, the Delhi administration is watching passively, as a pogrom against the Muslims has unfolded in the nation’s capital.

Ground reports, by activists, suggest Delhi, at this point, is by and large sharply polarized along religious lines. The majority of Hindus are backing the BJP/RSS direct action plan of forcefully re-occupying the public spaces in Delhi,  where the peaceful anti-CAA/NRC protests by Muslim community are going on. A report in The Telegraph quoted, Raghubir Singh, a local BJP supporter, who blaming the Muslims for the riots said, “Look, they have turned this area (Jaffrabad) into a semi-Pakistan by holding protest at several places. … We will not tolerate this mockery of democracy in India under the leadership of Modi and Amit Shah”.

BJP-RSS has achieved what it desired. The campaign unleashed during the Delhi Election, demonizing the entire Anti-CAA/NRC protests led by Muslim women, as “anti-national”activity by “pro-Pakistani” elements has successfully polarized society along communal religious lines. The BJP may have lost the electoral game to Kejriwal, but RSS has won the ideological battle. The incidents in Delhi, in the last two days, prove this beyond any doubts.

Meanwhile, save and except for a few programs by the left student activists, the civil society in Delhi, remains silent, except on social media. Yogendra Yadav has advocated  an eerie kind of quietism while invoking the “spirit of the movement”, during the length of the time the US President stays in India. If this is not an example of political bankruptcy of the Delhi liberals, what is? 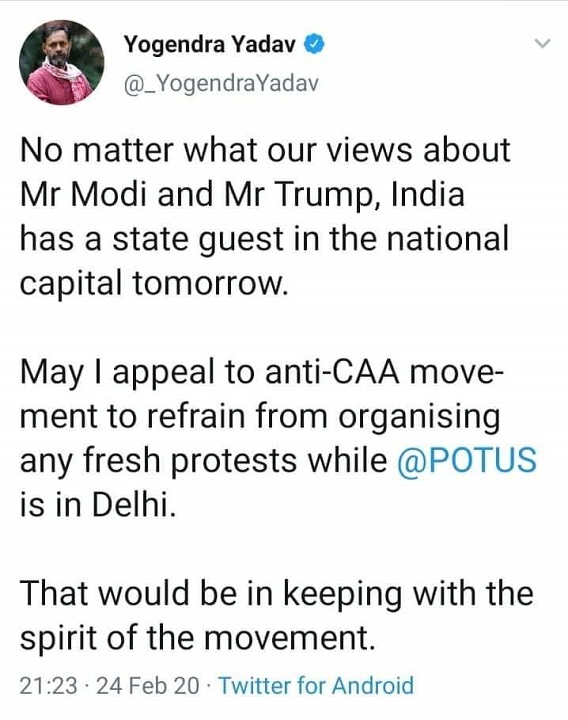 The social media posts by those on the anti-RSS, anti-fascist side are mournful in nature, and increasingly becoming so, while an absence of any meaningful, democratic direct action on the ground is pointing out to the fact that as a society, we have given in, more or less, to the fascists forces. Yet, this remains the time when we all need to act, need to strategise and fight back. There cannot be any objectivity at this moment, because the other side has none. This is also the time when more concrete resistance needs to be organised than singing the national anthem and Hum Dekhenge. The ghosts of both Rabindranath and Faiz demand that.

Undoubtedly, these are the times when language fails. But, language remains for us one of the weapons through which to fight.

Cover Image : A painting by Laboni Jangi depicting the gruesome violence on Muslims in Delhi.