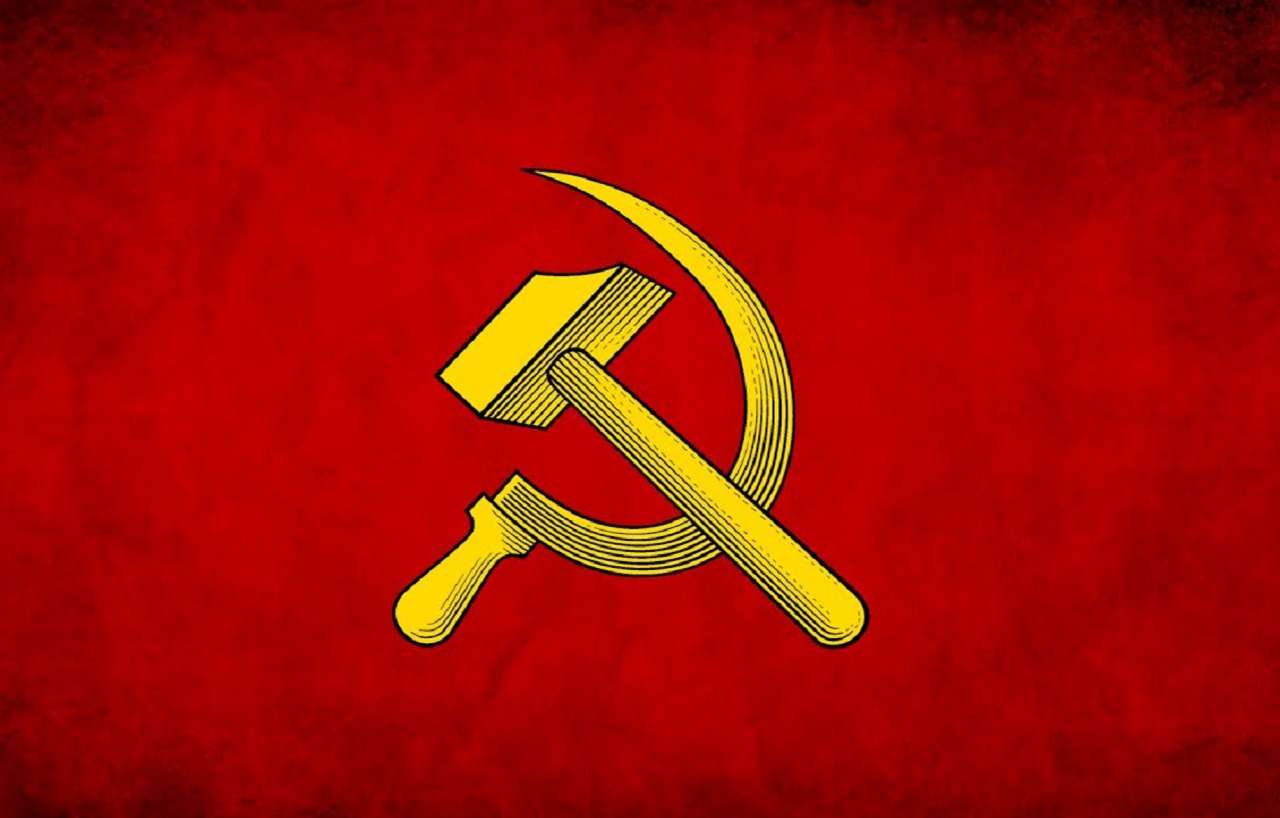 Crisis of Leftist Politics in India and the World

Socialism and fascism are the heterozygotic twins in the womb of capitalism today, and have been since the late twentieth century—said one of my friends on Facebook. Only one of the twins may attain extra-uterine existence by killing the other. What we do today shall largely determine who kills whom, writes Ashoke Mukhopadhyay.

The renowned historian Professor Ramachandra Guha is quite right about the ideological bankruptcy of the Indian mainstream Left, which he also considers a strong factor contributing to the rise of the Hindu Right. However, because of his strong Gandhian ideological foundation, he failed to note that the same void existed throughout the world. And the chronology too. The fall of the Soviet bloc as a socialist system of states in 1991 ushered in a spate of utter frustration about revolution and socialism. This is now a well-known fact, acknowledged by all concerned. What is far less known, scarcely appreciated, and far from understood is the fact that the rise of Khrushchev era after the death of Stalin in 1956 triggered the global disarray in the ranks of communists with respect to their ideological and programmatic line.

This therefore needs a restatement at the present moment.

Under the influence of the programme and propaganda of the Communist International (Comintern) during its short tenure (1919-43), all the communist parties in different countries affiliated to it during that time had adopted the programmatic line of the world centre of communism in the USSR—some of them with understanding, most of them without. This they continued to adhere to even after the dissolution of the centre. As a matter of fact, in several countries, the communist parties (CPs) attempted to organize armed insurrections, although without proper assessment of the situation and the preparedness of the masses, with the aim of bringing about a political revolution, but in the end leading to its inevitable abortion. The uprising in India in the years 1949-50 may be cited as a glaring case in point. It was wrong in terms of its strategy and tactics, but right in its perception of the Marxist-Leninist idea of a social revolution.

What are the components of that perception, then?

Briefly, drawing upon the relevant works of Marx, Engels, and Lenin:

Any disregard or denial of any of these desiderata was regarded as revisionism on the question of state and revolution—essentially a revision of the basic principles of Marxism. All affiliated communist parties of different countries tried to work within the ambit of these guidelines in their everyday work.

Nikita Khrushchev turned all these precepts upside down.

In the wake of his rise to power after the death of Stalin, he thoroughly revised these well-known theses. While subscribing to the first two, he substituted some new prescriptions adapted from the theories of Togliatti, the leader of the Communist Party of Italy, as follows:

Of course, Khrushchev used the rider that the condition in each and every country should be concretely studied before making decisions. The net result, however, was disastrous. Most of the parties of the world assessed their national situation as conducive to a peaceful and parliamentary path to socialism and a non-capitalist path of development.

Coming to the case of India, we saw first both the CPI and the CPI(M) opting for peaceful revolution unless compelled by the ruling class to think of alternatives. Then the CPI started an experiment along the lines of Khrushchev’s thesis by entering into an alliance with the Congress (I) under Indira Gandhi and moving to socialism through the innocuous addition of two words in the Preamble of the Constitution, and through the social democratic measures of Indira Gandhi’s government, like bank nationalization, etc. They became partners of the ruling coalition without taking any portfolio during the years 1971-76. This alliance continued through the dark days of the Emergency, disguised in the name of resisting the rise of right-wing reaction. Thus, the fascist measures of Indira Gandhi’s Congress also appeared to them through the Khrushchevite lens as a firm step towards socialism.

In other words, they chose extant fascism as the weapon to fight an imaginary fascism! The degree of their ideological bankruptcy is astounding!

Similarly, out of the same thesis of gearing bourgeois parliamentary institutions to serving the people’s interests, the CPI(M), during its 34-year-long tenure in the state government, consistently adopted policies to serve the big corporate houses. Class struggles were gradually diluted and lately watered down; the leftist trade unions became part and parcel of the factory management; and lastly, in Singur and Nandigram, peasants’ land was forcibly occupied at gunpoint for the monopoly tycoons in the name of industrial development. The craze for parliamentary power took its toll and demolished the prestige of leftism in the country. This was another side of the coin called bankruptcy injected by Khrushchev’s revisionist thesis. When you remember that this is what the ruling Left has achieved with the limited power in the hands of the state government, and try to extrapolate to the near-unlimited power of the central government, nothing less than a horror will course down your spine!

Farcically, the CPI(M) has once again been projecting this Singur-Nandigram model as a future prospect for the country.

And in addition, this bankruptcy incorporated in its fold the desire to abstain from any shade of struggle against communalism, crude religious festivities, bigoted practices, superstitions, and so on; rather, they chose to live with these obnoxious elements/practices in society. This abstention left an ever larger blank space for the right-wing groups like the RSS to propagate their agenda freely among the masses. It is this bankruptcy Professor Guha is critical of and vocal against. But it has its basis, which we must try to locate at a more fundamental level.

One may ask: what is the use of digging up the past when we are confronted by a formidable demon in the form of the BJP?

This introspection, for example, may explain why the same party which used to boost its cadre force with anti-Congress slogans in those days is now busy wooing the Congress leadership into a so-called anti-BJP alliance. The CPI tactic of the 1970s is going to be the CPI(M) tactic fifty years later—by absorbing the Khrushchev design in the same manner. It is actuated by the same game-plan: to ascend the throne through electoral victory in collusion with one of the trusted parties of the Indian bourgeoisie.

This also explains the large scale swing of Left votes to the BJP candidates, possessed by a zeal to dethrone the TMC from the state legislature. In the election mechanism of the Khrushchev style, whether the leading party is the Congress or the BJP makes no difference to these parties’ thirst for government power. For once you decide to ally with the Congress, the soft-core and original fascist, you have hardly any genuinely firm qualm to overcome and extend your policy a bit further and ally with the BJP, the hard-core and junior fascists!  The whole thing becomes a question of expediency and not one of principle or ideology. And it even goes by the name of “tactics”.

This is something we have witnessed in the case of Greece too. The capture of legislative power through votes by a socialist group following Khrushchev’s advice did not affect the capitalist economy and politics of the country even a little. And when a confrontation brewed up between the interests of capital in the Eurozone and the interests of the people of Greece, despite an overwhelming verdict of the masses to the contrary, the socialist coalition sided with the interest of capital.

There are other sides of the problems we are talking about. There are still many asides too. What I have tried to underscore here concerns the primary source of the bankruptcy Professor Guha was suddenly so vocal of. The global source of the revisionist bankruptcy of the communists the world over is Khrushchev’s suicidal line of a parliamentary path to “socialism”. The earlier we understand this, the better. The delay would merely force us to relentlessly orbit around an illusory march to socialism while actually helping fascism prosper and simultaneously grappling with the task of choosing an ally from amongst the bourgeois big brothers in the name of fighting the very same demon we largely helped incubate!

Socialism and fascism are the heterozygotic twins in the womb of capitalism today, and have been since the late twentieth century—said one of my friends on Facebook. Only one of the twins may attain extra-uterine existence by killing the other. What we do today shall largely determine who kills whom.

Things do not change if we just change their names—said Frederick Engels. Bourgeois parliamentary democracy does not become an “instrument of [the] people’s will” just because Khrushchev wills it to be so.

Things develop not according to what we intend to do, but in consequence of what we actually do. “The correctness or otherwise of the basic political line”— as Mao Tse-tung had pointed out—“decides everything.”

The author is  a social activist, writer and Secretary of CESSTAS.

(The views expressed in the article are author’s own.)