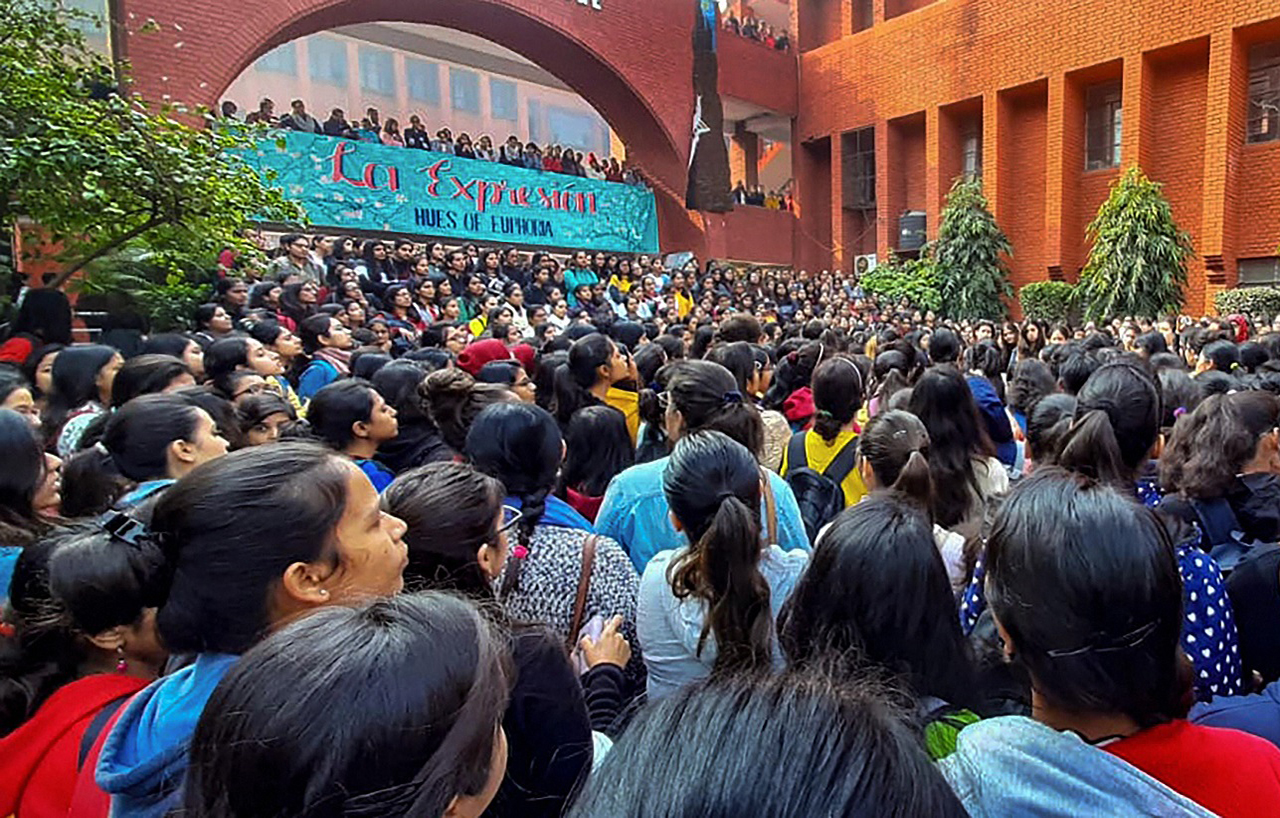 A Gargi College Student Recounts the Night of Horror

“Female students are in a state of trauma,” Mehreen Shah, a student of Gargi College told GroundXero while describing the recent incident of mass molestation and abuse at the college on February 6, during its annual festival Reverie 2020. A report by Utsa Sarmin.

“The fact that an atmosphere is being created where students are not safe within campus premises is unnerving. India is becoming unsafe for women. Middle-aged men barged into the campus and started taking undue advantage. The police and RAF (Rapid Action Force) were deployed much after the damage had been done. Female students are in a state of trauma,” Mehreen Shah, a student of Gargi College told GroundXero while describing the recent incident of mass molestation and abuse at the college on Feb. 6, during its annual festival Reverie 2020.

Shah, a 3rd-year student of BSc. Life Science was present during the festival which turned into a nightmare when a horde of middle-aged drunken men was let into the college without checking proper identification or their passes. Every attendee has to show proper passes to enter college premises during the annual festivals in the colleges of Delhi University, especially in women colleges, men are made to go through proper checking.

The students have been mobilizing in large numbers inside the college to protest against the horrifying ordeal. They have demanded the resignation of the acting Principal Promila Kumar and as well as the head of the Student Union for their delayed action against the perpetrators. Despite protests, Kumar has not yet filed a complaint with the Delhi police against the abusers.

A student from the college wrote on her Twitter, “Our principal saying things like “itna unsafe feel hota hai toh mat aaya karo (don’t come to festivals if you feel so unsafe)” is exactly how you normalise sexual harassment and toxic masculinity. This is not how you “empower” a college with all women. Please just fucking resign.” 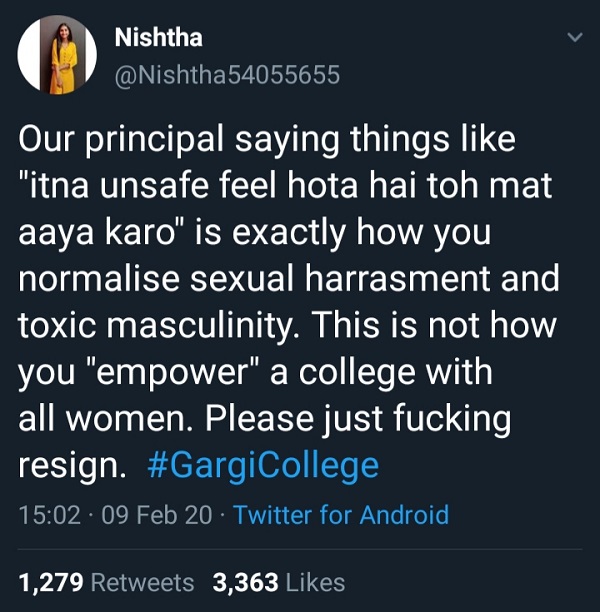 On Monday, after the Delhi Commission for Women (DCW) issued a notice to Kumar, the acting principal said that the college will prepare a report for the police.

“We are shocked to learn that despite repeated attempts by the students to take up the matter with the college authorities in the last 5 days, no action was taken. The students have alleged that a similar incident had taken place during the fest of the previous year as well, but no action was taken by the administration on the same,” the notice from DCW read.

For Mehreen, “The brand of religious ferventness bolstered by major political parties can be blamed” for this mass molestation.

“From the oppression of women by Taliban to moral policing of Khap Panchayat of Haryana one can see the first victim of religious fundamentalists is a woman. From patriarchal suppression to sexual slavery in the guise of “Holy matrimony”, men have been stalwarts of oppressing women at the very first indication,” she said.

She also likened the Gargi incident with other brutalities unleashed on students of other universities in Delhi.

“Their safety was breached in the parameters of their safe haven. College campuses all over Delhi are proving to be lacking in safety for students. From the firing at Jamia (Milia Islamia University students) to masked goons on a rampage at JNU, college students are exposed to unpleasant attacks. If strict action is not taken in the aftermath of the Gargi incident similar episodes will be witnessed. Such Incidents of harassment in an all women’s college is simply horrifying. These institutes instead of providing safety to female students’ loom forward as grounds for assault.”

Utsa Sarmin is an independent journalist.