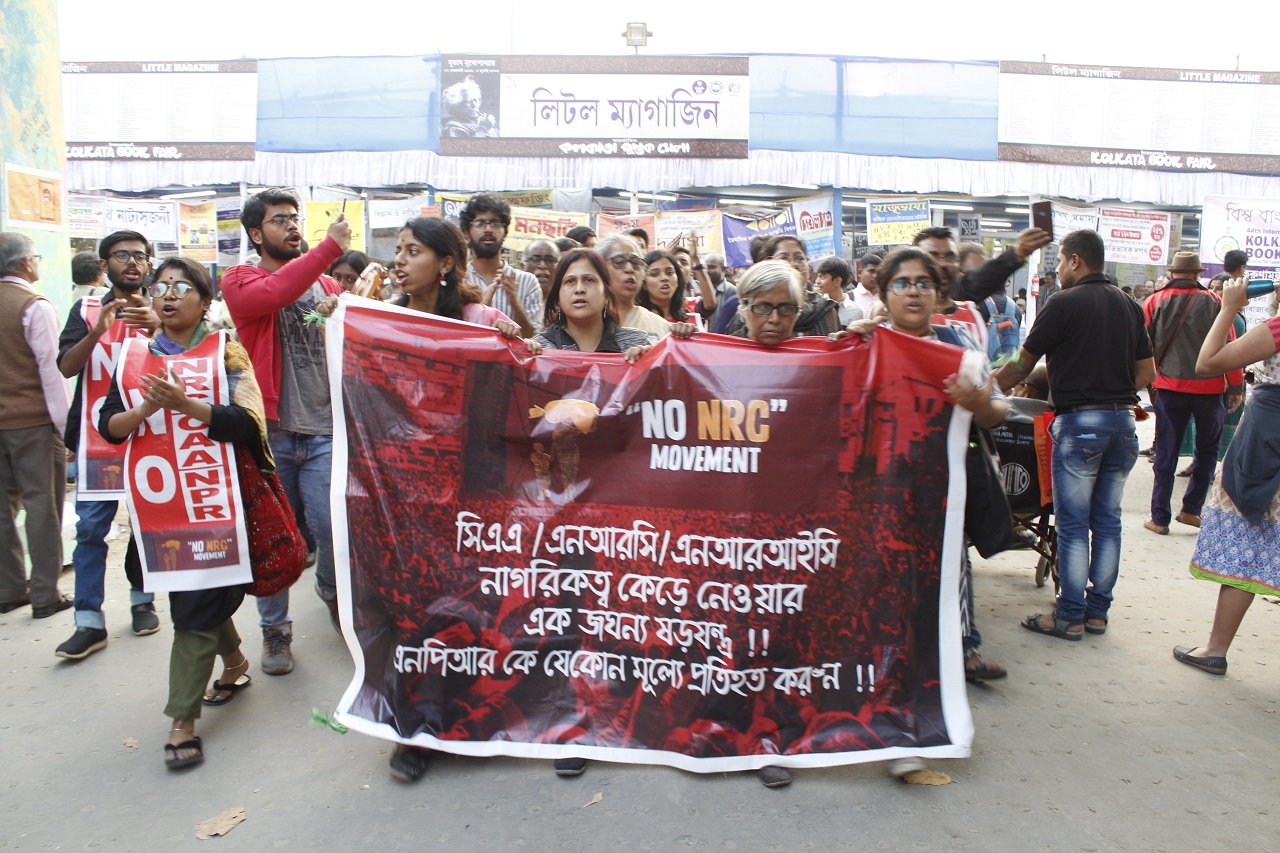 Students, youths, human right activists took out a rally against CAA and NRC/NPR at the ongoing Kolkata International Book Fair.

Today, the No CAA/NRC/NPR protest reached the ongoing Kolkata International Book Fair. The No NRC Movement – a platform from which activists in West Bengal are running campaign against the National Register of Citizens (NRC), Citizenship Amendment Act (CAA) and National Population Register (NPR), organized a protest rally at the Kolkata book fair. 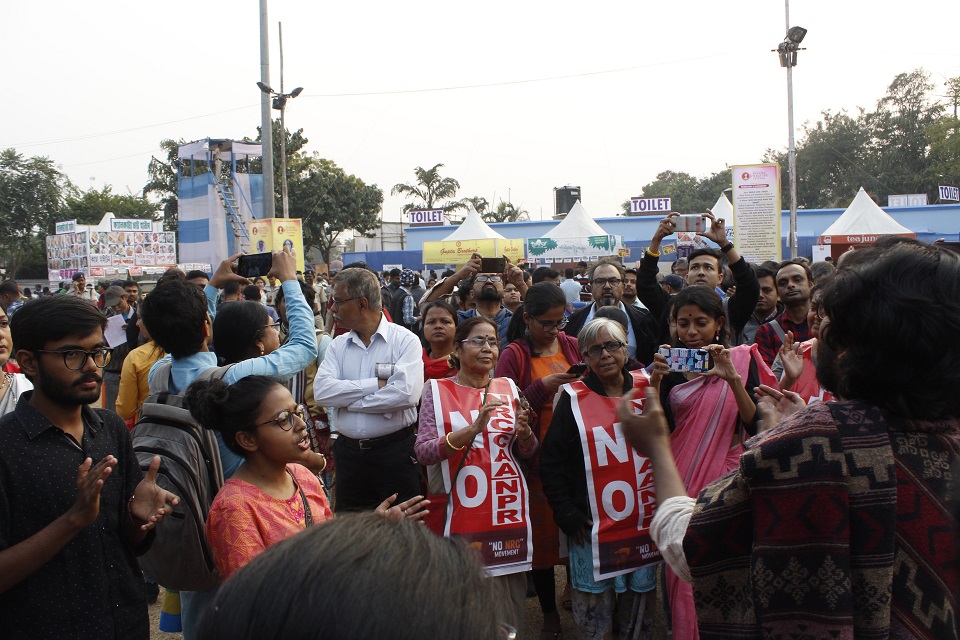 Several students, youths, human right activists gathered near the Little Magazine Pavilion inside the book fair and demonstrated against the communally divisive CAA, raised slogans, and took out a rally against CAA and NRC/NPR. 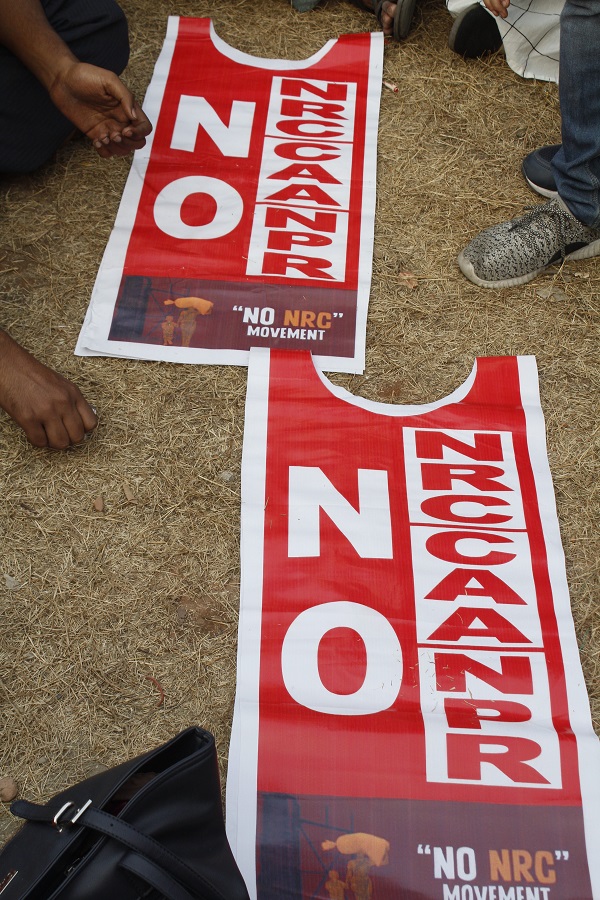 The police initially was adamant in not permitting any political rally inside the book fair but later allowed it. The peaceful march was attacked by the supporters of the right-wing Bharatiya Janta Party (BJP) when it tried to cross BJP’s West Bengal mouthpiece “Janabarta’s” stall. As soon as the rally came near the stall, BJP supporters came out from inside the stall, chanting “Jai Sri Ram” and “Bharat Mata ki Jay” and heckled the protesting activists. Soon, a scuffle broke out but it was eventually contained due to police’s timely intervention. 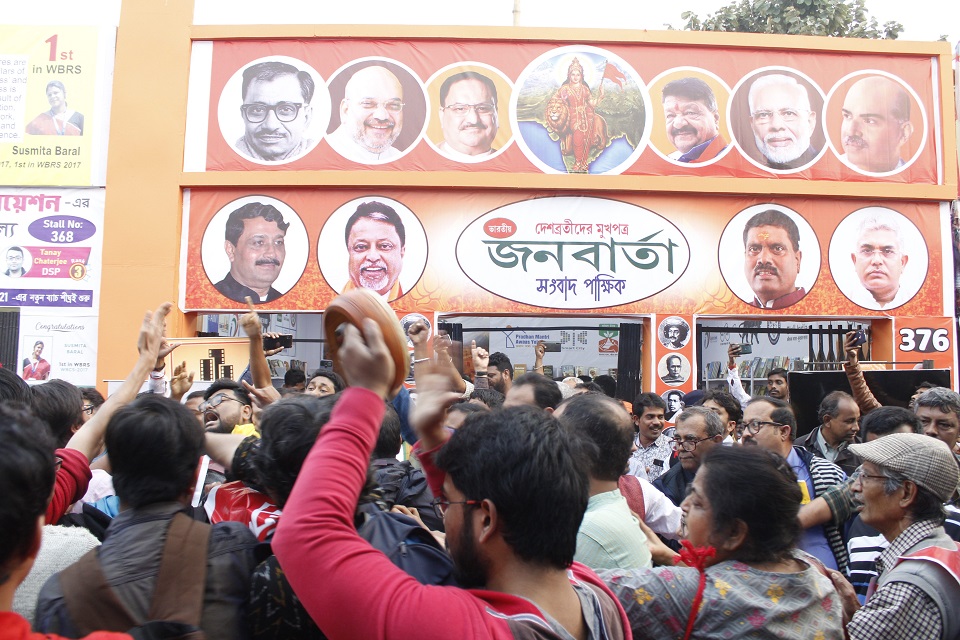 The protesters continued with the rally and ended it in front of the Little Magazine pavilion where they raised slogans, sang protest songs, distributed leaflets against NRC, CAA, and NPR.

(All photographs are by Utsa Sarmin)