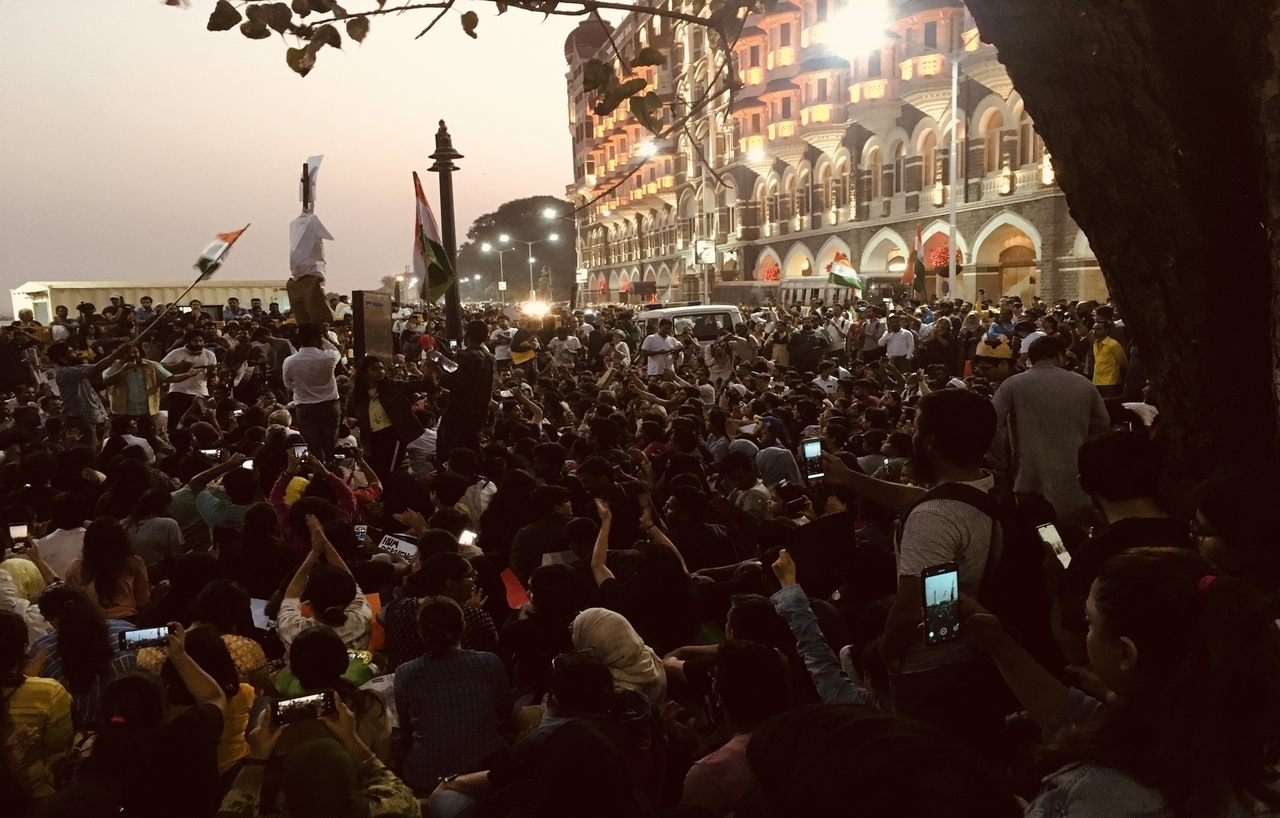 In a rapid response to the brutal attack on students and teachers at Jawaharlal Nehru University (JNU), Mumbai saw a massive mobilisation by student and civil society groups near the iconic Gateway of India. Below is a short description of the protest. A GroundXero report. 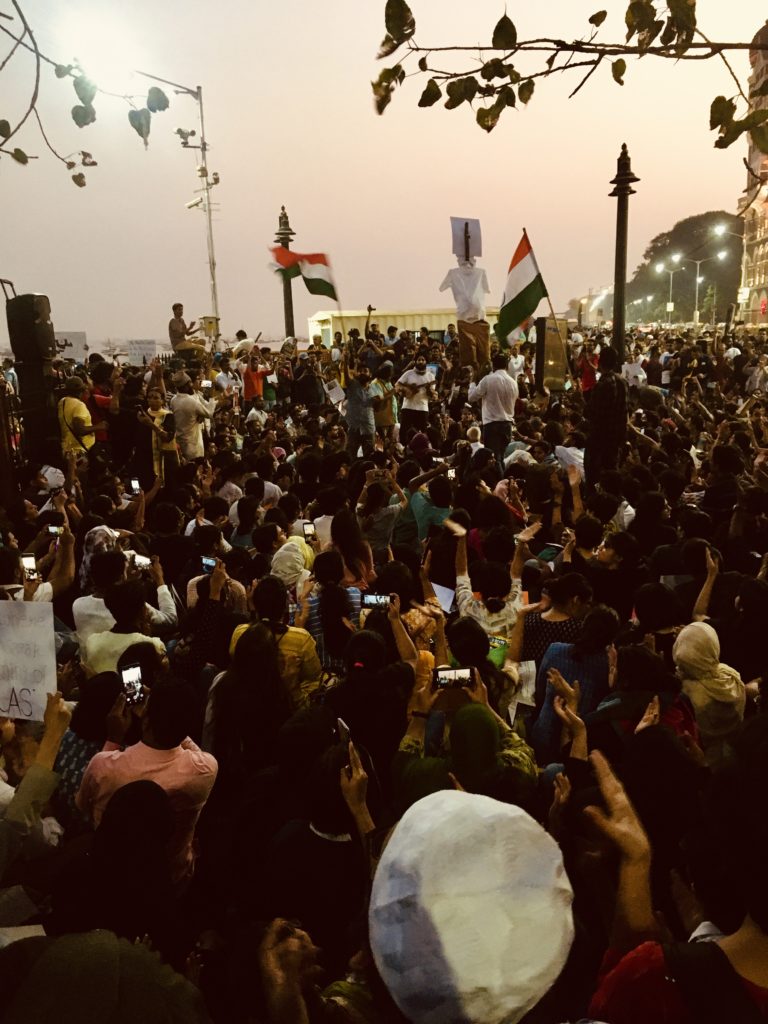 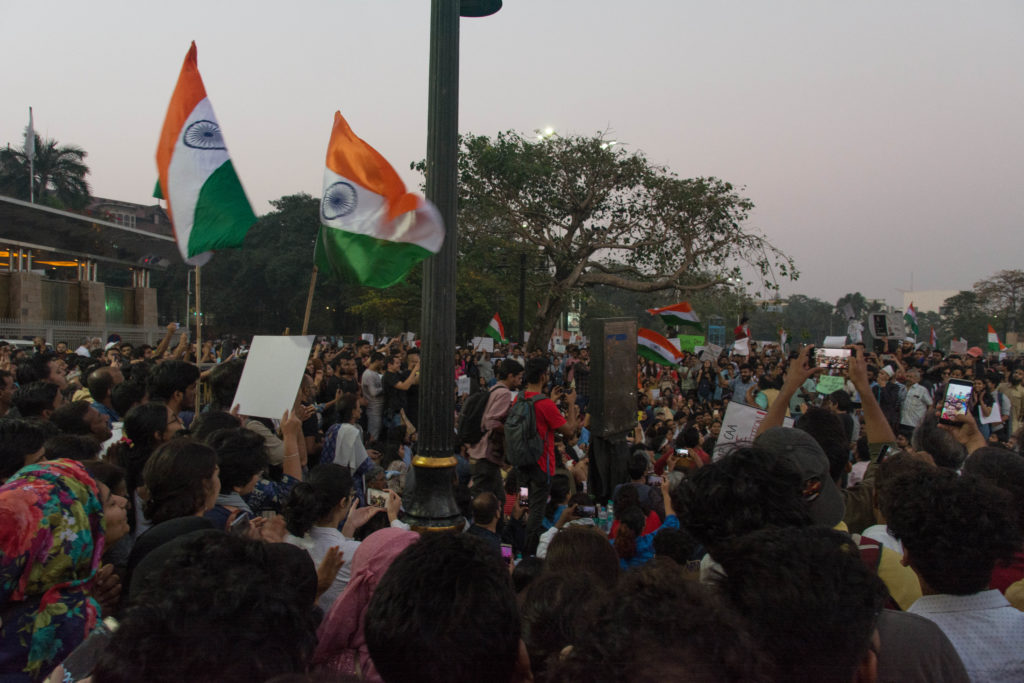 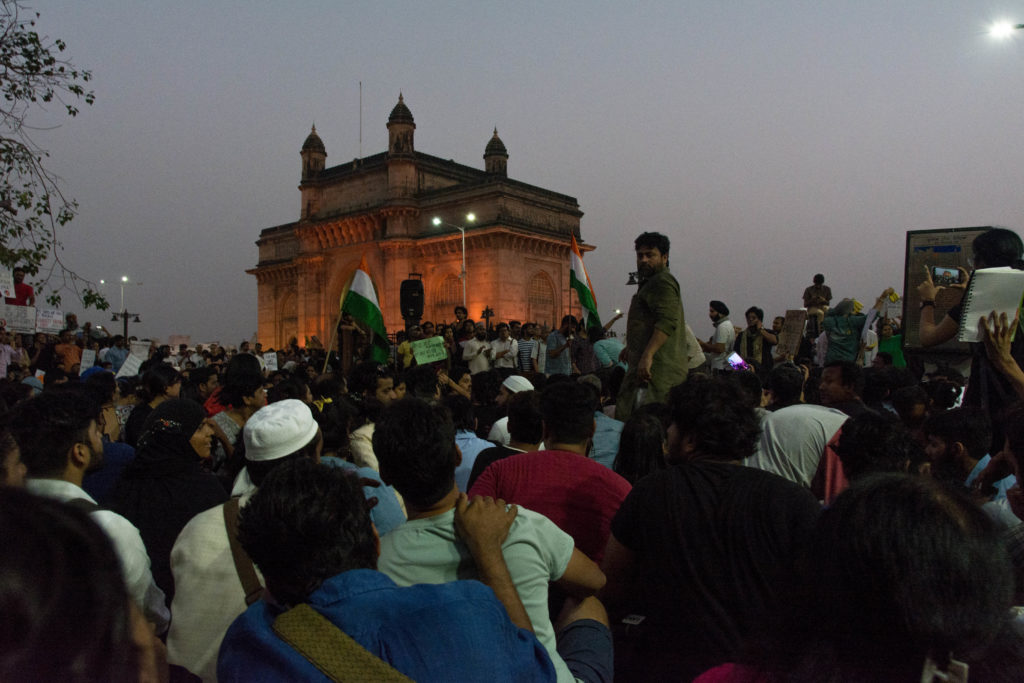 The protest, dubbed Occupy Gateway, started on 6 January mid-night just hours after news reached that a group of about fifty masked hooligans had entered the university campus and had beaten up students and faculty members, and engaged in wanton vandalism. The Occupy Gateway protest began as a candle-light vigil in solidarity with the students of JNU and quickly grew in size. Many hundreds of people gathered over the course of the day and by evening, the crowd swelled further in size. The intention of the organisers was that it would be an indefinite occupation, although its goals seemed to us to be far less concrete. For some who turned up, it was a statement of solidarity with their brothers and sisters in JNU. Others saw it as an opportunity to speak out against the NRC and the CAA. A solitary attendee boldly carried a banner that read “Free Kashmir“. Slogans and chants demanding freedom from the Modi-Shah rule rang throughout the night. 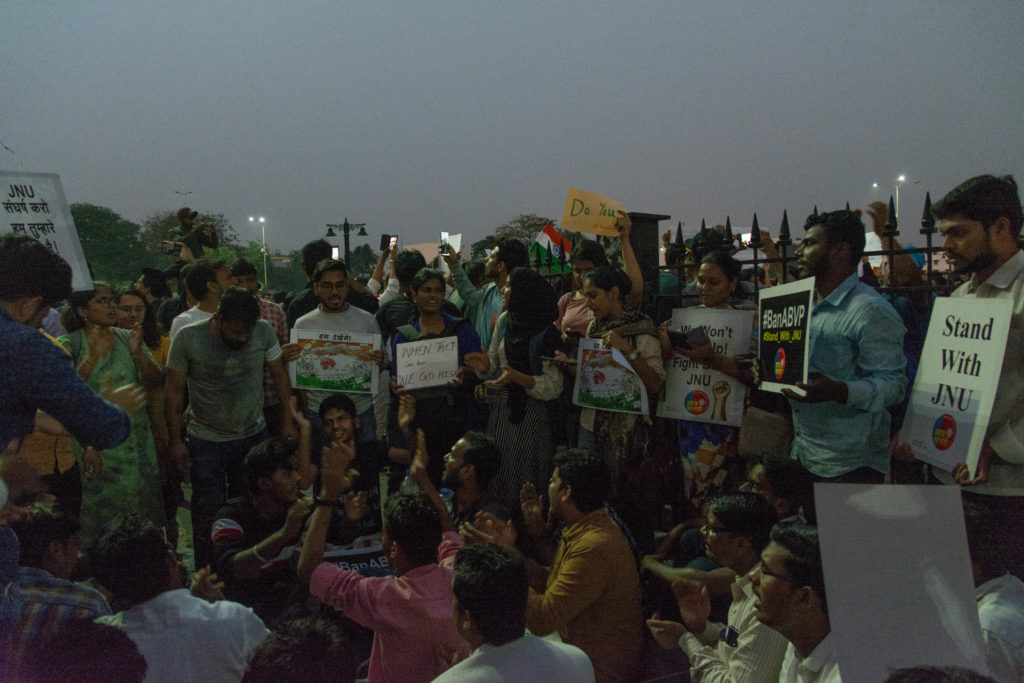 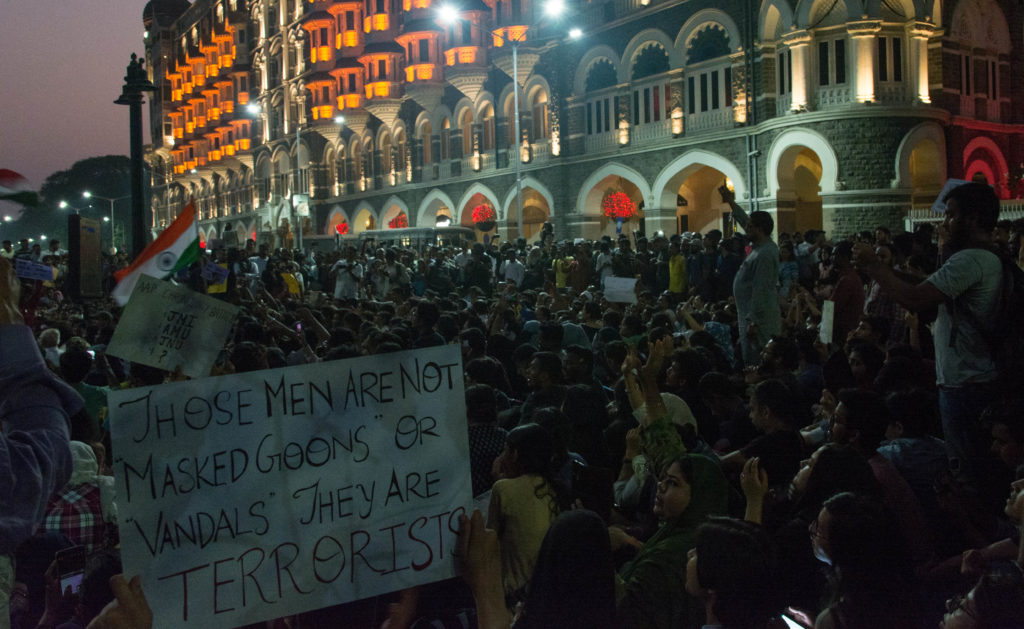 The logistics of the protest were handled exceptionally well, with volunteers handing out bottles of water, bananas, and vada pavs to the attendees. The occupation continued well into the night, although earlier this morning (on 7 January) the protesters were “relocated” to Azad Maidan, soon after which the protest was called off. 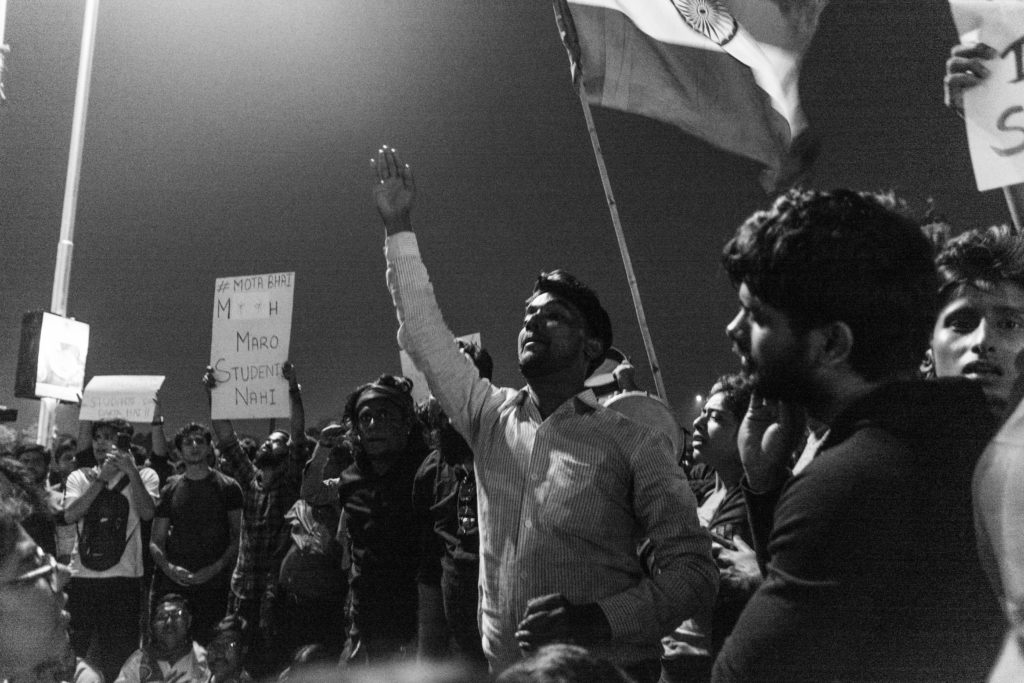 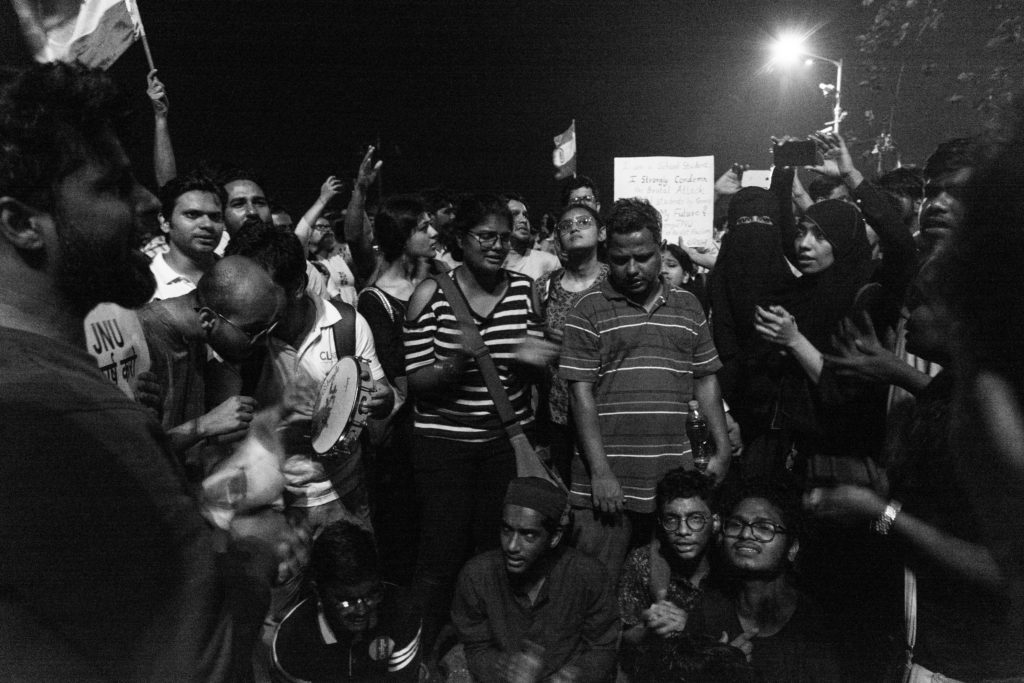 While the Akhil Bharatiya Vidyarthi Parishad (ABVP) was widely suspected to be behind the attack, earlier today the Hindu Raksha Dal claimed responsibility for the attacks, alleging that the university has been “a centre of communism-related activities”. In his statement, Pinki Chaudhary, the leader of the Hindu Raksha Dal, warned that such attacks would be carried out in the future as well. 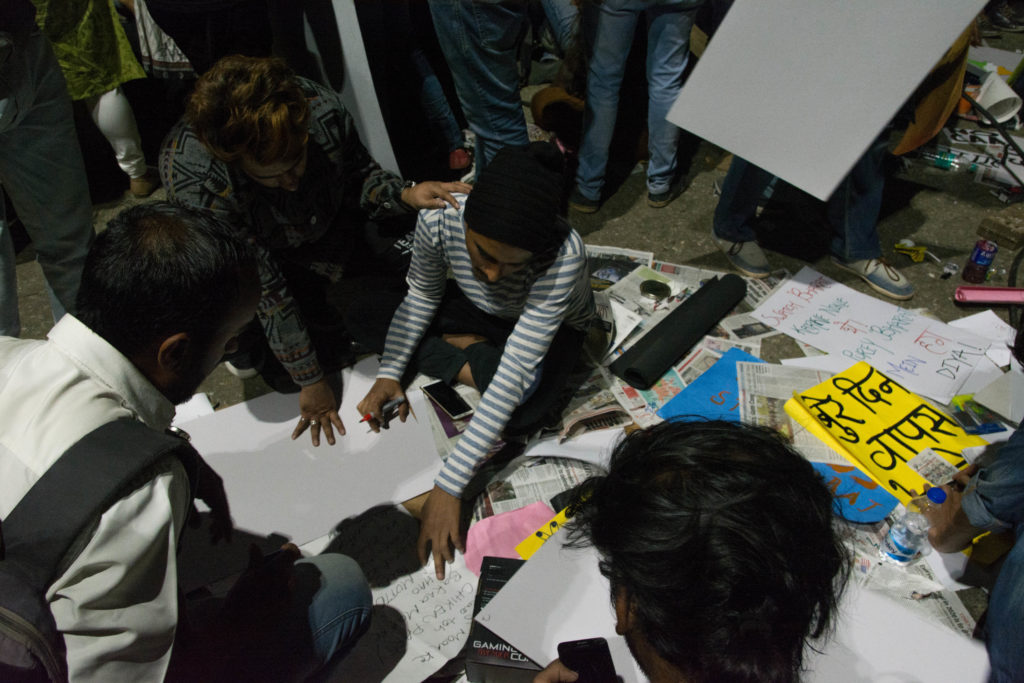 It remains to be seen whether such big tent mobilisations will, in the future, prove to be more sustainable and more effective. Occupy Gateway was short-lived, but the scale and the rapidity of the mobilisation gives one hope.