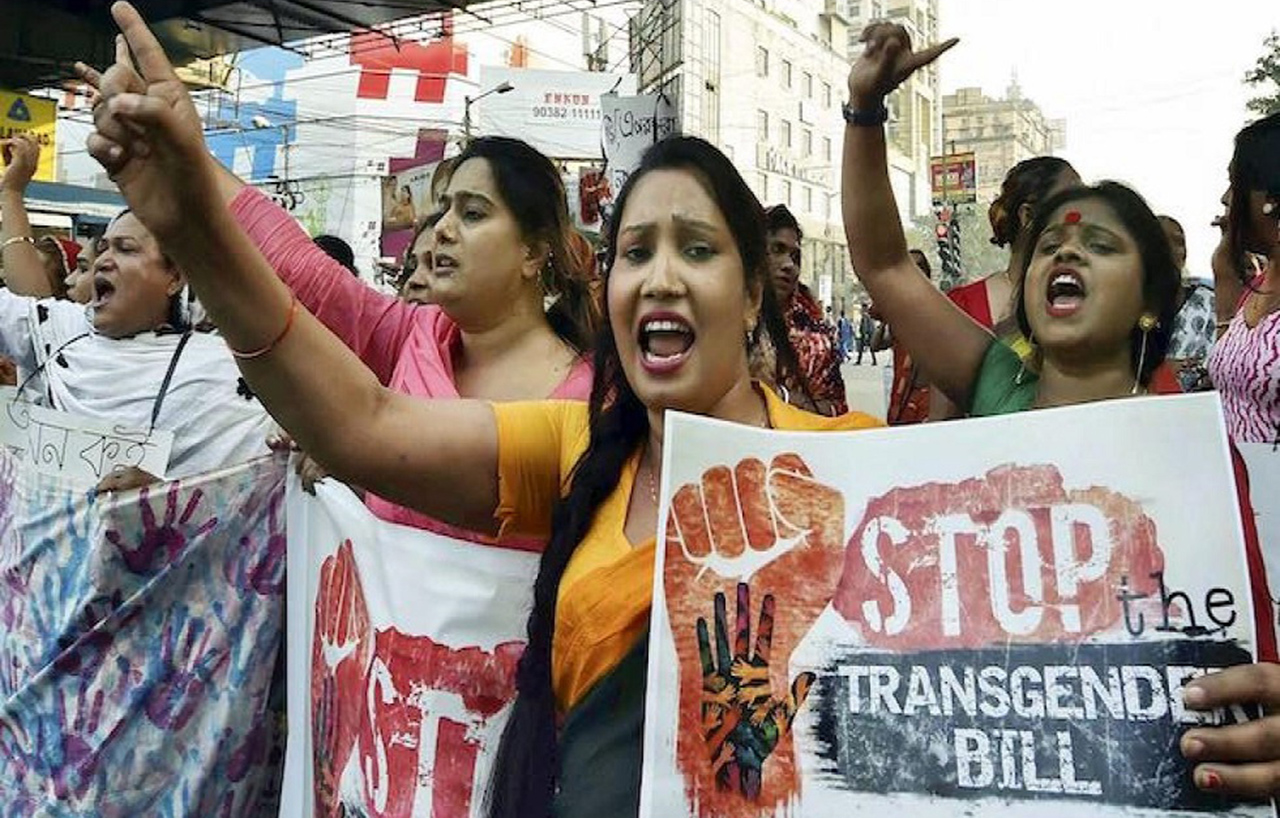 Revisiting the Nuances of the Transgender Person’s Bill

The primary criticism regarding the Transgender Person’s bill is about the certification, where sex reassignment surgery (SRS) becomes mandatory for being identified as transgender. There is a fundamental misconception and rampant ignorance underlying this: gender isn’t supposed to be determined by what is there between our legs. Gender is not sex. Gender is performative; it is defined by the societal roles that we play and the experiences that we have, differently, because society perceives and treats us differently for having different bodies. Writes Panchali Kar.

As I write this article, today, the most talked about incident in the country at the moment is one of the seven rapes that had happened just a day before. An act of remorseless gang rape and murder. How is that relevant, you may ask? While opining on how the rapists ought to be treated, a sizable section of the population wants to “punish” them by letting them live like a hijra (a profession taken up usually by south Asian transgender and intersex persons) post-castration. When a good number of people having gender privilege think that belonging to a gender minority or choosing their profession is commensurable to the punishment of a crime of the highest order, it’s easier to introspect the amount of empathy that’s been put into drafting of the Transgender Persons (Protection of Rights) Bill, 2019, with minimum participation of the Transgender people in the policy-making of the said bill.

As a country we have walked in the reverse direction over the past five years. In 2014, the Supreme Court had given a path breaking judgment in the case of the National Legal Services Authority (NALSA) vs. the Union of India, wherein “Self Identification of Gender” and the concept of Third Gender were introduced. On the contrary, on 25 November, 2019, the Transgender Person’s Bill has passed in the Rajya Sabha, which introduces a mandate of obtaining a certificate from a district magistrate in order to prove oneself as a transgender individual. This not only goes against the dignity of the trans persons, but also dehumanises them and reduces them to a bunch of genitalia.

VARIOUS DRAFTS OF THE BILL

The Transgender Person’s bill has been put forward over various drafts, and each of them has been strongly criticised by the people from the transgender community as well as the gender rights activists. The initial draft defined transgenders as “Neither wholly male, nor wholly female“, which is an absolutely derogatory and ignorant way to understand gender transition. Added to that, it excluded various gender minorities such as gender-queer, kinnar, hijra etc. The updated definition, however, identifies a transgender person as

“a person whose gender does not match with the gender assigned to that person at birth and includes trans-man or trans-woman, person with intersex variations, gender queer and person having such socio-cultural identities as kinner, hijra, aravani and jogta.”

A few other clauses like the criminalisation of begging and sex-work by the transgender persons has been removed in the latest modified bill, following plethora of protests and outrage on the various platforms. It would have been an absolute crime to snatch away the few possible sources of income for the underprivileged, who have been humiliated and marginalised by the majority, without assuring them equality of status, dignity, and better alternatives for earning. The latest version of the bill has also removed the clause of forming a district wise screening committee to identify “true” trans persons.

CURRENT CLAUSES OF THE BILL AND THEIR LIMITATIONS

The new bill promises protections of the rights of the transgender people, however does the opposite in reality. Whatever positive points that have been gathered on to the bill, those too are clouded by haywire, inappropriate, and self-contradicting explanations. Added to that, the way crimes against transgender people have been identified and the sentences been allocated/recommended, are extremely discriminatory with the gender-majority/ cisgender population. Some of the instances are as under:

Secondly, regarding the question of sex reassignment surgery, it is never clearly mentioned whether the service would be provided free of cost, or even at a subsidised rate.

Thirdly, the bill talks about creating a body called the National Council for Transgender Persons, which would address grievances, take part in policy-making, etc., related to the transgender community. However, it doesn’t say anything about reservations in educational and employment sector, which were already highlighted in the NALSA judgement.

Fourthly, the bill promises protections against the discrimination of the transgender persons within the government premises, in public services, healthcare, educational institutes, etc. However, it doesn’t clarify what actions and behaviors would constitute of discrimination against the gender minorities, and what would be the implications/penalties on those who perpetrate any such discrimination.

Fifthly, the bill states that in case of any physical or sexual harm done to a transgender person, the punishment shall be an imprisonment of a term between 6 months to two years, whereas for the cisgender females the sentence for rape is up to ten years. This is an instance of clear discrimination on the basis of gender identity, and goes against constitutional morality.

The recently decriminalised Section 377 and the Transgender Person’s Bill are absolutely different at the very core: structurally, functionally, and origin wise. Whereas Section 377 highlighted criminalisation of sexual activities other than pino-vaginal sex, which constituted of homosexual practises as well, that law could be inferred with violation of rights and privacy, and undue interference of the state in our bedrooms, Transgender Person’s Bill highlight itself to be a tool for protection of rights. It is a different question that what is being catered as “rights” are nothing but some of the half baked, discriminatory, brownie points, to keep the gender minority in the good books of the state, because ‘hey, why would you care about the dignity of the people who have been belittled, dehumanised, tortured, and discriminated for ages; just offer them some fringe concessions, and they would be more than happy to be on your side, right?’ What makes it worse is that Section 377 was a century old law, drafted by a monarchical system under the British rule. Whereas this Transgender Person’s bill has been drafted, validated, and passed by democratically elected candidates of the biggest democracy of the world. Our own representatives treating us as sub-humans, dribbling with our dignity and right to privacy, that too in the guise of providing protection and ensuring welfare.

The primary criticism regarding the Transgender Person’s bill is about the certification, where sex reassignment surgery (SRS) becomes mandatory for being identified as transgender. There is a fundamental misconception and rampant ignorance underlying this: gender isn’t supposed to be determined by what is there between our legs. Gender is not sex. Gender is performative; it is defined by the societal roles that we play and the experiences that we have, differently, because society perceives and treats us differently for having different bodies. The societal normative lies in the binary of man and woman, assigned respectively to the male & female-bodied persons. The right to liberty of transgender persons lies in rejecting these gender norms altogether, or embracing the gender roles assigned to a different body. Whether or not I want a new body, or whether I want to experience different gender roles in the same body that I have, is something that I should be able to choose. If the mandate for choosing what I wear, how I look, how I behave, who I make love to has to be mandatorily defined by the body I have, or mandatorily adjusted surgically into a new body; then my genitalia becomes the marker for the gender role I choose, what is the whole point?

As rightly pointed out by a friend of mine – in a country where a large majority of the population doesn’t understand the question of ‘self identification’ of the Kashmiri people, i.e. why they identify themselves as Kashmiris and not Indians and politically decide to be left alone by India; do we really expect them to empathise with the ‘self identification’ of gender of an another section of the minorities and leave them alone without imposing on them the status quo of moral compass?

The author is a gender activist and theater practitioner based in Kolkata.