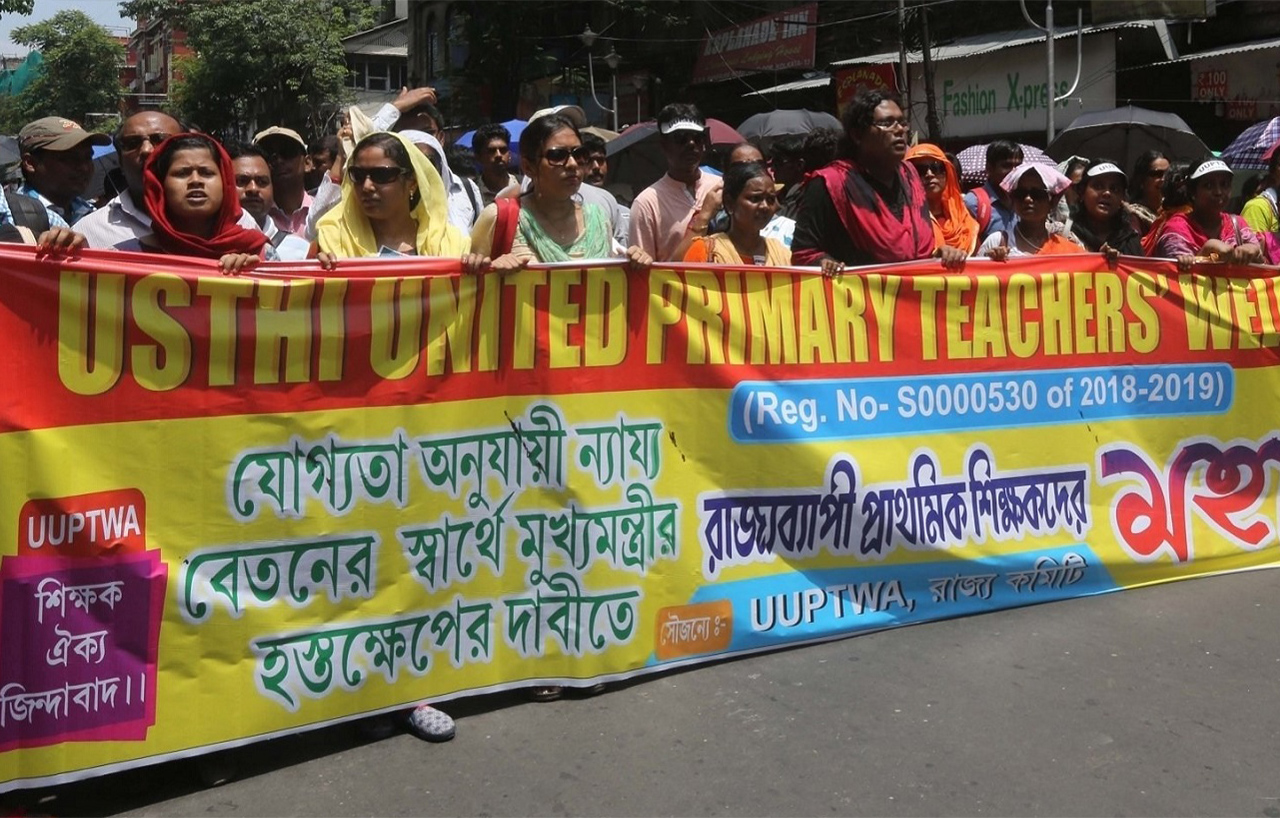 Pritha Biswas, the Secretary of the USTHI, United Primary Teachers’ Welfare Association (UUPTWA) was arrested by the police to suppress the primary teachers protest movement. A GroundXero report.

A couple of months back, the primary school teachers in West Bengal had launched a protest movement to compel the State government to increase their grade pay. About 2 lakh primary teachers took to the street and demanded better wage. Also, 17 teachers went on an indefinite hunger strike for 14 days. As a result of this intense movement, on 26th July, 2019, the state government announced a raise in their salary.

However, the primary teachers, found the new scale to be far from their demands. The teachers alleged that the revised pay scale enhanced the monthly salary by only about Rs. 1600 to Rs. 2400, even in the case of senior teachers. Further, it was found to be full of anomalies.

On Wednesday, the primary teachers rallied together in a protest march to the house of the Education Minister of West Bengal. The residents of Baghajatin in South Kolkata witnessed an unprecedented deployment of police personnel to suppress this democratic protest and the primary teacher’s rally was halted near Baghajatin in South Kolkata. Following a day long protest meet and sit-in demonstration on the Raja S.C. Mallick Road, near Baghajatin, the protesting teachers were arrested from the venue and were taken to the Jadavpur police station. 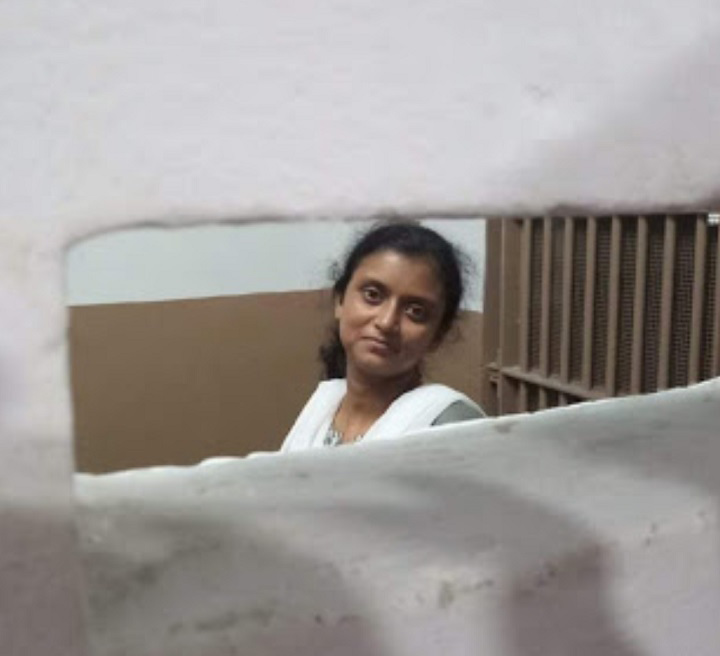 Pritha Biswas, Secretary of Usthi arrested by the police.

Though all of them were released in the early morning, Pritha Biswas, the Secretary of USTHI, the primary teachers’ association that is leading this movement, was asked to visit the Jadavpur police station and as soon as she arrived there, she was arrested. This step taken by the State government to curb a popular, democratic teachers’ movement, once again shows the state government’s authoritarian nature.