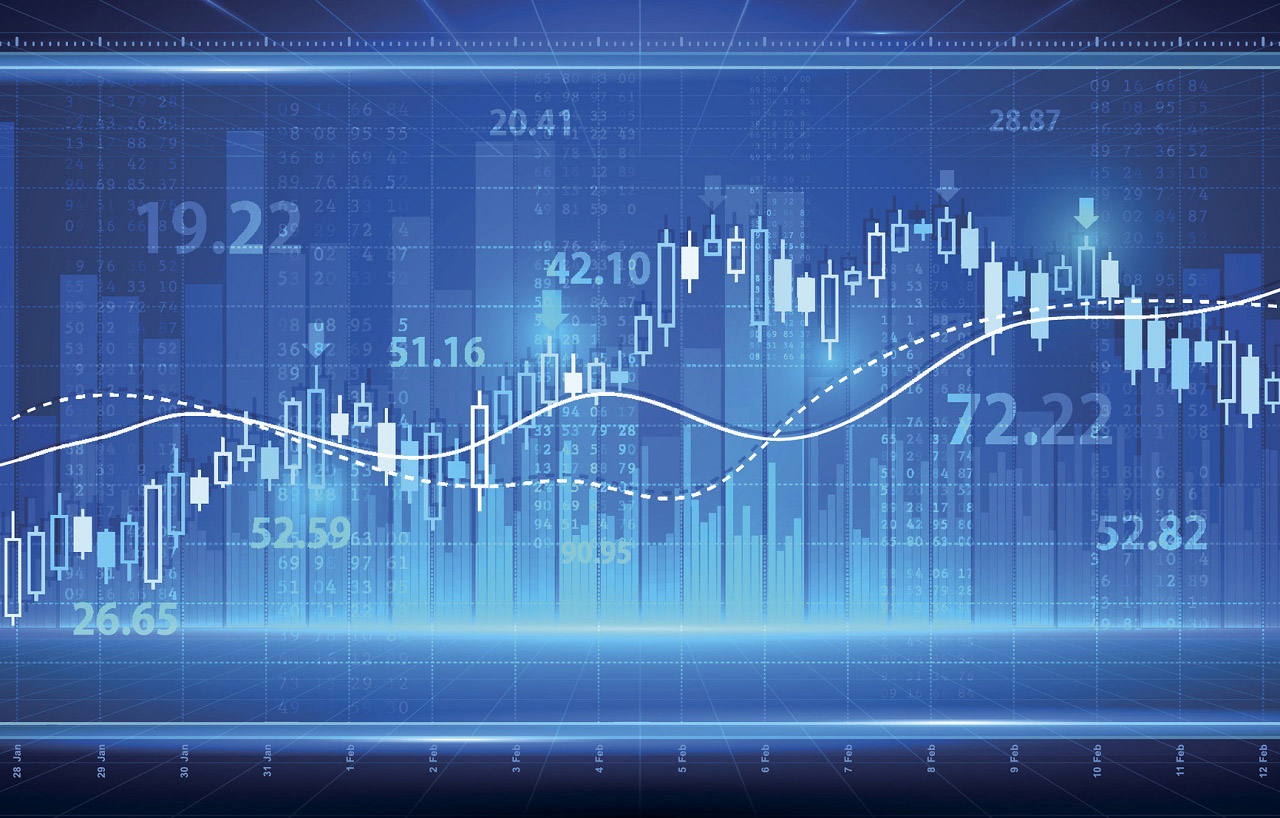 Deepening of the Economic Crisis in India

The Indian economy has been facing its worst crisis in the last five years. The World Bank in its recent report has predicted that the economic growth in India would be lowered to 6%, from 7.5%, in the current fiscal year. This “stark” slowdown could further weaken the country’s faltering financial sector. The World Bank has noted with concern that Asia’s third-largest economy is currently growing at its slowest pace and expanding by just 5% in the April-June quarter. It has been hit by dwindling consumer demand and slackening government spending.

India’s industrial output also shrank at its fastest rate in more than six years in August 2019. The efforts by the Reserve Bank of India to cut interest rates five times this year have not yielded desired results. In addition to the World Bank estimates, the ratings agency Moody’s Investors Service has also lowered its growth forecast for India to 5.8% for the current fiscal year from 6.2%. It may hamper the government’s fiscal consolidation plans, owing to a long period of weak growth.

The apprehensions shown by the World Bank and Moody’s ratings have shaken policy makers. But the usual suspects in the government are trying to portray a brighter picture. They are trying desperately to convince the public not to panic. They are hoarsely saying that India is still in a better position than the rest of the world in terms of growth rate of the GDP, that the whole world is passing through a recessionary phase and its impact on India is a natural corollary. This means that there is an economic downturn, but the policies of the Modi government are not the cause of the recession. They argue that due to efforts by the BJP government, India is economically less depressed than many other advanced countries. They also argue that when considering the economy as a whole, employment generation is taking place, even if production has declined in some sectors.

The facts, on the other hand, directly contradict the government claims.

The reality regarding job creation is that employment has only grown in small units of the IT sector. This sector is a tiny part of the overall economy. Further, this sector is not growing as a result of increased productive capabilities due to technological advancement, but owing to outsourcing from US-based companies.

The second argument is that the inflow of foreign capital into India has increased. Foreign capital is coming to India, not due to its healthy economy, but as a result of a trade war between the two largest economic powers in the world, China and the US. The only plus point for India is that the transnational goliaths have stopped investing in the other third world countries. A part of their speculative money has started arriving in countries like India.

The third argument offered again and again is that economic regression is a worldwide phenomenon, not necessarily related to India only. In spite of misleading arguments on television debates, the ghost of the depression is proceeding at a fast pace. First, the Deputy Chairman of the Policy Commission, Rajiv Kumar, raised alarms about the economic slowdown, which was also confirmed by Shashikant Das, the current Governor of the Reserve Bank of India. When the figures for the first quarter of the financial year 2019-2020 were released, it was found that the GDP growth rate was just 5%, while the government experts were telling the nation it was around 5.7%.

Assocham spokesman Rajiv Goenka said that the industry was facing a crisis situation and it should receive a government stimulus package of at least Rs. 1 lakh crore. All the corporate houses knocked on the doors of the Union government and Finance Minister Nirmala Sitharaman was quick to announce a ‘package’ for domestic and foreign corporations in a press conference. It promptly gave a package of concessions to the tune of Rs. 1.45 lakh crores. The government also withdrew Rs. 1,79,000 crore from the Reserve Bank treasury. These events are unprecedented.

Even by a rough estimation, a 5% growth rate of the GDP is not tenable. It was just misinformation by manipulating the financial data. There are two main sectors of the economy: the formal and the informal sector. The unorganized sector still plays a major role in Indian economic activities. While, the formal sector employs only 6% of the entire workforce, the informal sector gives employment to 94% of the labor force. The growth of the economy is not being projected accurately as the informal sector economic activities have been under tremendous pressure from the twin shock effects of demonetization and GST, and have not been properly and accurately calculated and reflected in the GDP figures.

In addition, the NBFCs (non-banking financial corporation) and the IL&FS scandals have simultaneously damaged the Indian economy. Downfall in this segment of credit and savings has resulted in the loss of employment for 4 million workers. The growth rate of this segment is almost negative. Exorbitant rates of interest and non-recovery of loans have also had adverse effects. Even in the organized sector, the growth rate of the companies is much lower than the figures on which the GDP growth is predicted. These figures on economic slowdown are confirmed even by data released by the two government agencies – the National Sample Survey and the Central Statistics Agency (CSA). Independent scrutiny by the popular magazine Frontline has also pointed to the downward trend. Well-known economic expert Arun Kumar believes that economic growth is actually in the negative.

There is also a serious crisis in the financial sector, especially in the banking sector. Massive scams have surfaced. Big scamsters like Vijay Mallya, Nirav Modi, Mehul Choksi etc., have run away to foreign shores, causing a huge loss to the public banks. Non-performing assets of the banks have eaten away into their capital base and have made it difficult for them to lend. During the period 2014 — 2018, the banks have waived off Rs. 5, 55, 603.00 crores of the debt accrued by big capitalists. Nevertheless, the situation is that the gross non-performing assets (NPAs) of banks as a percentage of total loans stood at 9.3% as on March 2019. In the case of public sector banks it is around 12.6%. As a result, banks are in deep crisis, some on the verge of going bankrupt if not provided external support. The financial (sub-prime) crisis of 2008 in the US began with a banking crisis. The giant banks in the western countries are in private hands and when a big bank fails, all its related activities fall like a stack of dominoes.

In addition, the exports are in a state of pessimism. Due to the economic downturn, the government has announced concessions and benefits to domestic and foreign corporations. The effective corporate tax rate has been slashed to just 25.17%, inclusive of cesses and surcharges. The RBI has been directed to pay Rs. 1.76 lakh crore to the Centre — in addition to interim dividend of Rs. 28,000 crore paid in February — which they hope will address the precarious fiscal situation of the government to some extent. Besides, exemption of 10% surcharge is given on foreign portfolio investment to benefit foreign corporations. The government in its last budget proposed that local sourcing norms will be eased for foreign direct investment (FDI) in the single brand retail sector. In the coal mining sector 100% FDI has been permitted. Digital media too has been opened for foreign capital. The aviation and insurance sectors have been allowed to increase the foreign investment limit by 26%.

Will these steps taken by the government help control the economic recession? All economists agree that the cause of this downturn is a sharp decline in demand. The two largest economic powers in the world – the United States and China – are in a trade war. In this scenario, the consumption of Indian goods is unlikely to increase in the international market and the trade deficit would definitely widen. Therefore, to get out of the recession the government has to depend on the domestic market. To achieve this target, it is important to increase the purchasing power of the people.

When we turn to the home markets, about two-thirds of the population lives in villages. More than 51% of the population is concentrated in agriculture, with production growth falling from 5% to 2%. When the government tries to address to the economic recession, all its concerns lies only with the big corporates. The government still believes in the disastrous “trickle-down theory.”  In its economic policies, the government has no solution for the sluggish agriculture. The fact is that farmers and laborers in the fields are undergoing unprecedented hardships. They are forced to commit suicides in the hundreds of thousands. The government had announced that it would double farmers’ income by 2022, but it is unclear how they would meet that goal.  On the contrary, the farmer families are receiving a paltry relief sum of Rs. 6,000 a year. Financial concessions, on an average to Rs. 20,000 crores per annum of various types are being given to the corporates since 2008.

Under these circumstances, the logic of withdrawing money from the reserves of the Reserve Bank is beyond comprehension. The reserves were not touched even during the grave economic crisis of 1991, when gold was pledged to the central bank of the UK. Two RBI governors and one deputy governor were shown the exit door on the controversial issue of withdrawal of funds from the RBI.

The author is a Bhartiya Kisan Union activist.