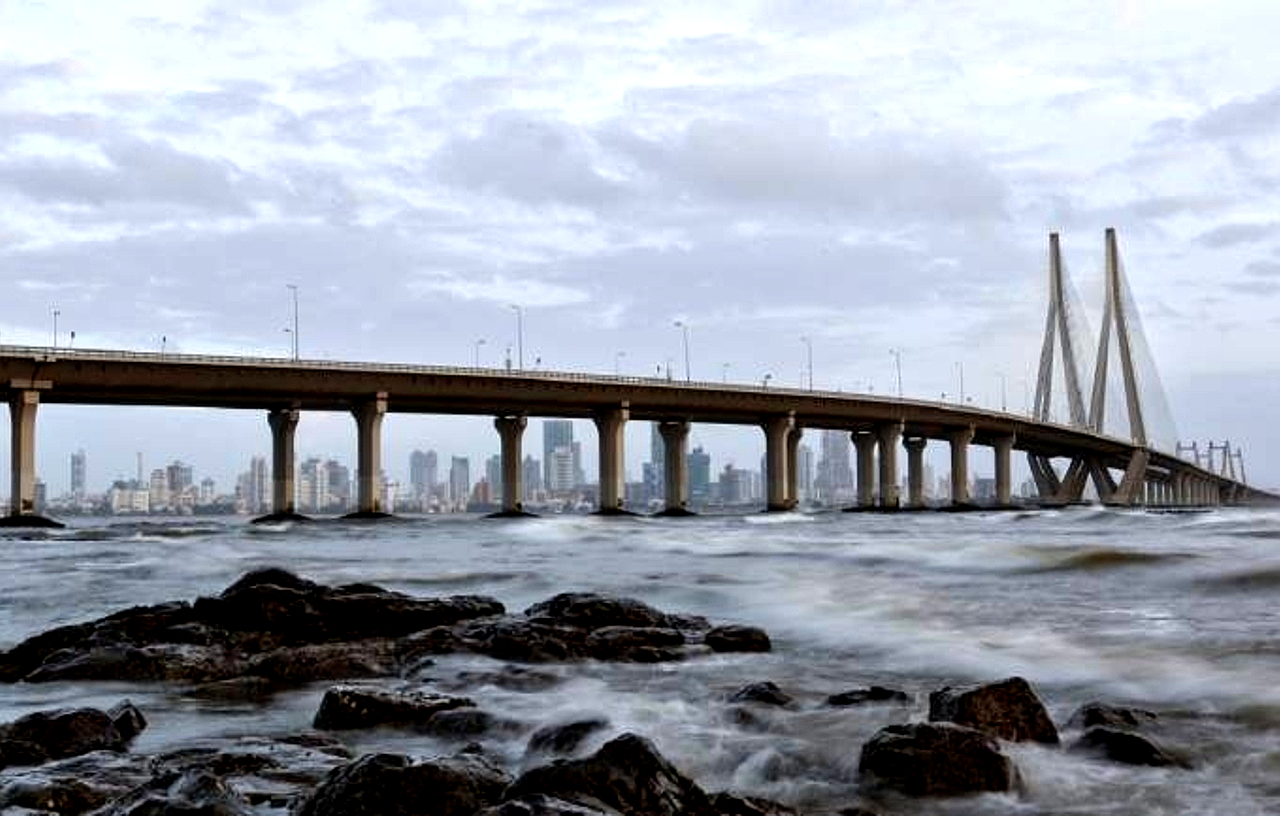 A Division Bench of Chief Justice Pradeep Nandrajog and Justice NM Jamdar yesterday set aside the Coastal Regulation Zone (CRZ) clearance, stating that Environmental Clearance [EC] is required. The order further prohibited the BMC from carrying out any construction activities till proper clearance is obtained. A GroundXero report.

Senior Advocate Darius Khambata appearing for BMC immediately requested for a stay on this order. However the Court denied it, reports Bar&Bench. The Writ Petition was filed by the Worli Koliwada Nakhwa Matsya Vyavsay Sahakari Society, and the Worli Machimmar Sarvodaya Sahakari Society – two bodies representing small fishing communities residing along the Worli coast in southern Mumbai. This Writ was heard together with several other PILs filed by environmental NGOs in the city.

The petitions had sought quashing of the BMC’s decision to implement the project and the Coastal Regulation Zone (CRZ) clearance granted for it on May 2017 by the Ministry of Environment, Forests and Climate Change (MoEFCC). The petitioners had objected to construction and reclamation work on the proposed 10 km-long southern part of the Coastal Road, from Marine Lines to the southern entry point of the Bandra-Worli Sea Link. Their objection was based on concerns of environmental impact on the coastal ecosystem and the livelihood of fishing communities who depend on this ecosystem.

Advocates Gayathri Singh and Janak Dwarakadas, appearing on behalf of the petitioners had argued that the project lacks several clearances and permissions including those from the MoEFFCC, the Maharashtra State Coastal Zone Management Authority, and the Mumbai Heritage Conservation Committee. It was also submitted that the BMC had initially applied for approvals for the entire 35-km-long project. However, when they were refused approvals, they split the project into two, and sought permission for the South and North Coastal Road, stating that they were two separate projects.

The state and the BMC on the other hand had argued that no environmental clearance was required since it was a road construction and not an area development project. The court order rejected this claim, saying, “the land reclaimed is 90 hectare and only 20 hectare thereof is actually being utilized for purpose of constructing the coastal road. 70 hectare is being developed as green spaces to be used as parks, cycle tracks, promenade, butter-fly park, bus depots etc. The sheer volume of the area, which is 90 hectare, would require the project activity to be treated as an area development project.”

A main point of the arguments in the case was regarding how the Environment (Protection) Act, 1986 has been amended repeatedly over the decades, leading up to the recent amendments to the CRZ 2011, in order to permit construction activities in sensitive ecological zones. The Court on this point however, defended the amendments, saying “we find that the amendment is neither ultra vires [beyond the powers of] the Environment (Protection) Act, 1986 nor fouls the underlying policy or any part of CRZ-2011.” The judgment is thus not based on the damaging amendments to the Environment Acts that suit the corporate real-estate interests, but on the point that the Government and regulating bodies did not even stick to their own [diluted] laws. For example, permissions for the road were obtained describing it as an “exceptional case”, bypassing the required scrutiny – a move that the Court rejected through this order. “The MCZMA [Coastal Zone Management Authority] did not even bother to record having considered the objections by the NGOs to the proposed project,” it said.

Citing lack of proper scientific study and public consultations, the Court set aside the approval for the project. “We quash the decision taken by MCZMA on 4 th January 2017 and the approval granted by MoEF on 11th May 2017 on said ground alone,” it said. On the issue of public consultation, it said that public consultation was at the stage when CRZ-2011 was “proposed to be amended” and not at the stage of the appraisal of the material from the point of view of public participation. “Thus, we hold that there is lack of substantial compliance with the EIA [Environment Impact Assessment] Notification of the year 2006,” said the Court. “MCGM [aks BMC] would therefore be required to apply for clearance under EIA Notification, which would require public consultant as per EIA Notification and at that stage the fishermen community would get an opportunity to present their case… We further declare that MCGM cannot proceed with the works without obtaining an environmental clearance under EIA Notification,” it concluded.

Earlier, in April this year, the High Court had restrained the BMC from carrying out any further work on the project. This prompted BMC to file an appeal in the Supreme Court. In May, the Supreme Court allowed the corporation to carry out existing work but prohibited it from launching any new work. It had also directed the Bombay High Court to take up the matter for final hearing.

You can read our earlier reports on the Coastal Road project, its impact on the local fishing communities, and their fight against the Project here:

Mumbai’s Coastal Road Project, or Why Small Fishworkers are Boycotting Elections: Part One and Part Two.