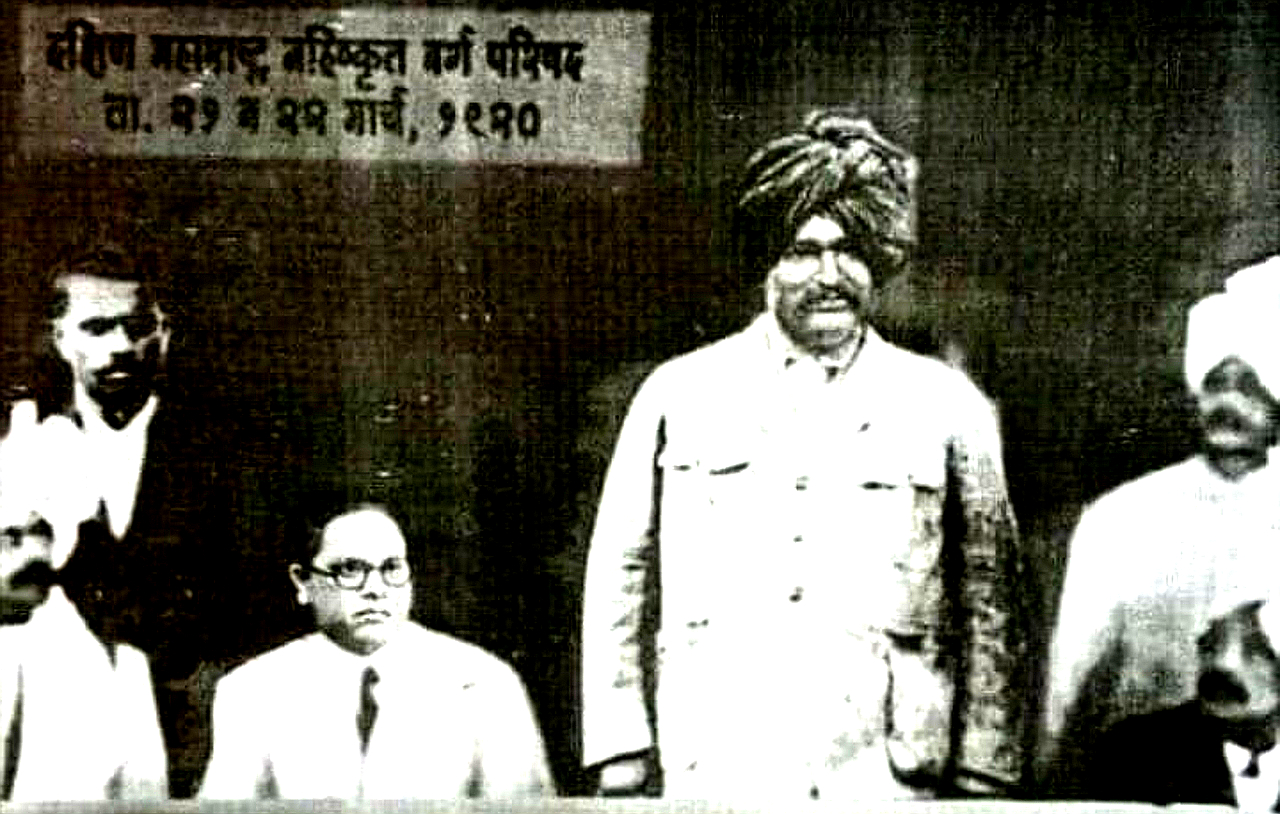 June 26, 2019 was the 145th birth anniversary of Chhatrapati Shahu Maharaj. Shahu Maharaj was a social reformer and also the ruler of Kolhapur, whose Government was perhaps the first to implement caste-based reservations, not just in education but across all Government agencies. His Government, working on ideas of Mahatma Phule, was also one of the first known to make education Free and Compulsory for All. In today’s times, when rulers across the country are busy scrapping reservations not just from education, but from across all Government agencies, and when Education is being more and more cornered for the rich, when reservations for the upper castes are being written into the Constitution, we take a look back at the visions and administration of this early 20th Century Bahujan ruler who angered not just the Brahmins of his time, but also other kingdoms across the country. Article by Adv. Pradnyesh Chaitanya Sonawane.

Among the 664 princely states in India, only a handful of rulers used their power and authority for the welfare of the oppressed in their kingdoms, rather than living a life of luxury and material happiness. Those that must be mentioned here are: one – Kolhapur, two – Baroda, and three – Indore. The state of Baroda was ruled by king Sayajirao Gaikwad, the state of Indore by Raje Malhar Rao Holkar, and the state of Kolhapur by Rajarshi Chhatrapati Shahu Maharaj.

Rajarshi Shahu Maharaj was born on 26 June 1874. His mother, Radhabai, was the princess of Mudhol. His father Jaisingharao alias Abasaheb Ghatge was from Kagal. His adoptive father was Shivaji the fourth, and his adoptive mother was Anandibai. On March 17, 1884, at the age of 10, he was named as Shahu Chhatrapati Maharaj. Shahu Maharaj ruled Kolhapur for 28 years from 1894 to 1922.

During his reign, he had many bitter experiences of discrimination. In November 1899, he had a direct face-off with the caste system. While he went for a holy bath at Panchganga, Narayana Bhat, a Brahmin priest, recited the Puranokta Mantra instead of Vedokta Mantra, indicating that Shahu Maharaj was a non-brahmin. According to the Brahmins, Vedokt mantras were pure and auspicious, hence meant only for Brahmins. Puranokta mantras were inauspicious and impure and were thus reserved for the shudras. When this happened, Shahu Maharaj was shocked to see that he was being considered a shudra despite being a king. He felt that the Brahmin had insulted not only him but the throne founded by Chhatrapati Shivaji Maharaj himself. This then led him to reflect on the plight of people from the Bahujan Samaj. From then on, Shahu Maharaj decided that no religious rituals in his state would be performed by Brahmins. He launched training programs in his kingdom to train priests from each community, who would perform religious rituals for their respective communities. 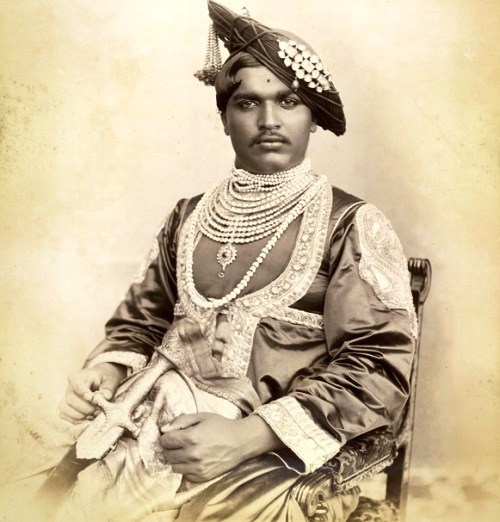 Shahu Maharaj was the first to implement caste-based reservation in the modern era of India. He declared 50% reservations from which only four castes were excluded: 1) Brahmin 2) Shenvi 3) Prabhu and 4) Parsi. All other castes except these were declared as constituting the Bahujan Samaj. This meant in particular that, even if positions reserved for Bahujan candidates remained empty, they could not be filled up with candidates from the 4 excluded castes. It is ironic that modern Indian higher education institutions, such as the Tata Institute of Social Sciences in Mumbai, have made it a regular practice to fill up empty reserved positions with upper caste candidates.

Shahu Maharaj had surveyed the employment records in his state, realizing that out of 71 employees in high positions, 60 were Brahmin and only 11 were Bahujan. Similarly, in the private sector, 44 of 52 employees were Brahmins and only 7 were from the Bahujan Samaj. He announced 50% reservations for all Bahujan Samaj in order to remove the imbalance in his administration.

Many protested against this revolutionary decision of Chhatrapati Shahu Maharaj — Justice Mahadev Govind Ranade (who was, ironically, opposed to social justice), Raghunath Vyankajya Sabnis, Gopal Krishna Gokhale, SHM Paranjpe, Narhari Chintaman Kelkar, Dadasaheb Khaparde, Bal Gangadhar Tilak and Adv Ganpatrao Abhyankar. All were Brahmins. The Brahmins were not merely opposed to caste reservations, but they fiercely hated it. Even today, this mentality has not changed.

When Chhatrapati Shahu Maharaj first applied reservations in his state, how did Bal Gangadhar Tilak protest? “What are these Teli, Tamboli and Kunabati going to do in the Parliament, plough the fields?!”, Tilak said on February 14, 1918, at a public meeting in Athani (a town that lies between Maharashtra and Belgaum). Later, he again held a public meeting at Pandharpur and protested against the reservations. In the meeting, one person was sitting in the audience. When Tilak invited him to speak, the person came to the stage and began to speak, “Tilak Maharaj is right. We have been washing clothes for all these years, what else can we do? What will we do in the Parliament, indeed? Tilak Maharaj, do one thing, make us all Brahmins and then we will all go to Parliament.” The person was none other than Sant Gadge Maharaj – an anti-caste social reformer, and Sant, from Vidarbha.

When Chhatrapati Shahu Maharaj instituted caste-based reservations in his state, rulers of many other princely states were also deeply unhappy. Take the example of Patwardhan, the ruler of Sangli, whose granddaughter Bhagyashree Patwardhan featured with Salman Khan in the movie Maine Pyaar Kiya. Patwardhan sent his lawyer Ganpatrao Abhyankar to Kolhapur to convey his displeasure. Abhyankar came to Kolhapur and met Chhatrapati Shahu Maharaj. He asked, “Why are you doing such grave injustice to us (Brahmins)?!”

Shahu Maharaj listened quietly, and then took Advocate Abhyankar to the stables. He told his servants to let all the horses out. He then threw some chickpeas on a mat. The lawyer was watching, though he could not understand much. After that, all the horses came to eat chickpeas and broke into a fight with each other. The strong horses easily overpowered the weak. The weak horses were trying to eat, but the strong ones were not letting them have any food. When Abhayankar saw all this, Chhatrapati Shahu Maharaj said, “I have kept every horse’s food near its mouth, because otherwise the strong ones will not let the weak ones eat. It is the same with men. You people have treated the shudras like animals for far too long, and they now deserve their share too. Therefore, I have made a reservation for the Bahujan Vidyalaya in my state.” Abhyankar understood the point that Shahu Maharaj wanted to make. After hearing this, he scurried off.

Chhatrapati Shahu Maharaj took forward the ideas of Mahatma Jotiba Phule on education, and was a part of the Satyashodhak movement founded by Phule. “The true preservation of knowledge is not in preserving it as a secret. By committing this mistake, the Brahmins degraded themselves and the non-Brahmins remained shrouded in ignorance. Our arts also decayed owing to the same cause,” he said at the opening of Rajaram Industrial School. Shahu Maharaj was a firm believer of industrial development as necessary for the emancipation of the Bahujan Samaj.

He built separate hostels and boarding schools for different Bahujan communities like tailors, Mahars, Lingayats, and also Muslims. “Since I came down here I have dispersed the boarding institution which was supposed to be for all classes. As I found that there was no non-Brahmin in it for nearly ten years, I have distributed [it],” he said. He believed in the necessity of leadership from every oppressed community, and these community-specific hostels were to be spaces that would help in building such leadership. In 1906, Shahu Maharaj opened a hostel, called Namdev Hostel, for the tailor community. His Government gave accreditation to girls’ schools as early as 1907. In 1908, he built a hostel for the ex-untouchables. In 1912 his Government made Education Free and Compulsory for All. 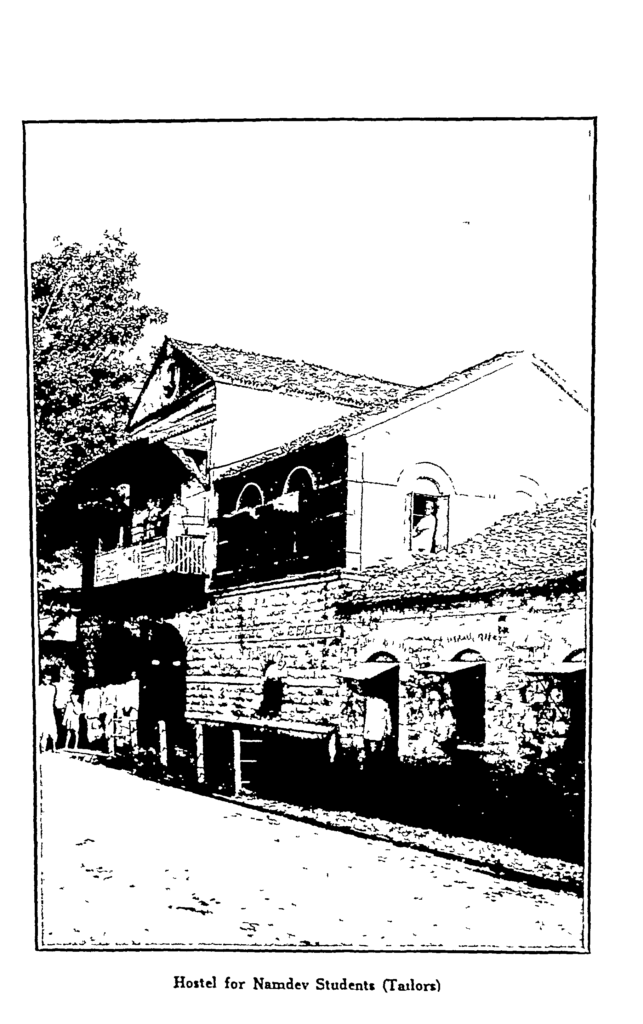 In a Bahishkrit Varg Parishad at Mangaon, on March 21-22, 1920, Chhatrapati Shahu Maharaj declared Dr Bhimrao Ambedkar as ‘the saviour’ of Bahujan Samaj. “You (Bahujan Samaj) have found your savior in Ambedkar. I am confident that he will break your shackles. Not only that, a time will come when, so whispers my conscience, Ambedkar will shine as a front rank leader of all India fame & appeal,” he said.

Shahu Maharaj himself was highly educated, holding degrees from both India and abroad. He was far-sighted and therefore could see that Ambedkar would lead and uplift the down-trodden of this country. He also financially assisted Dr. Ambedkar for higher education, and for starting his first monthly newspaper “Mook Nayak”.

Years later, on a birth anniversary of Chhatrapati Rajarshi Shahu Maharaj, Dr Babasaheb Ambedkar told the Bahujan community that the day should be celebrated at par with festivals such as Diwali.

A million salutes to Chhatrapati Shahu Maharaj on his 145th birth anniversary!

The author is a lawyer in Bombay High Court and a scholar of Dr. Babasaheb Ambedkar Thoughts.

Translated from original Marathi to English by Charudatta.