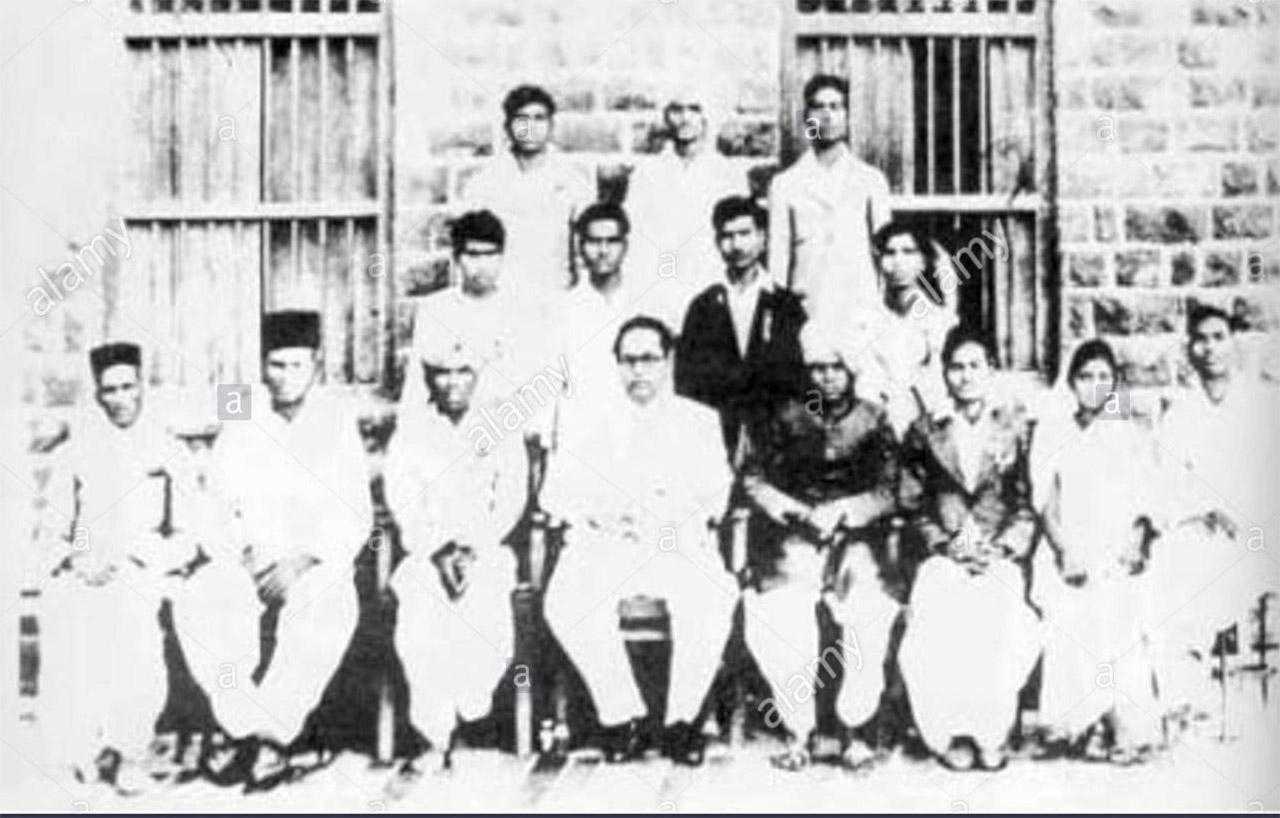 Mumbai – India’s bustling “Financial capital”. Carefully hidden beneath the city’s hustle, bustle and ruthlessness, its money and politics, its cricket, movie and real estate industries, and its never-ending run for financial growth – lies a chilling history of the city’s industrial workers and their century-long struggle that once took the city by storm. Episode one in the series spoke about the history of the Satyashodhak movement and initial attempts at organising Bombay’s mill workers, towards the end of the 19th century. In this second part, the authors,  Arati Kade and Tathagata Sengupta write about the early parts of the 20th century and the parallel rise of Dr. BR Ambedkar and  the Communist Party under Com. SA Dange, in relation to the workers’ struggle in the city.

The late 1910s changed the course of history with two landmark events: World War I and the Russian Revolution. In 1920s Bombay, the All India Trade Union Congress led by Congress members and sympathisers like Bal Gangadhar Tilak and Narayan Malhar Joshi, was one of the main organised labor movements. The textile jobbers and mill clerks on the other hand had formed the Girni Kaamgar Mahamandal under A. A. Alve and G. R. Kasle in 1923.  The Mahamandal was one of the earliest organisations that had communist members like Shripad Dange.

In 1925, the Communist Party of India was formed with its headquarters in Bombay. However, in order to avoid hostility of the colonial government towards communist parties, it was decided to not openly work as a political party, but through workers and peasants organizations. In 1928, the communists led by Dange broke away from the Girni Kamgar Mahamandal and formed their own union, the Girni Kamgar Union during the general strike that year. 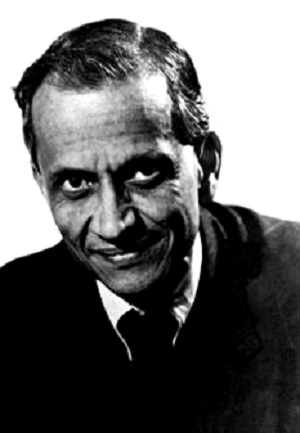 Dange emerged over the next few decades as one of the key leaders of the industrial workers’ movement. Several colleagues who had worked with him recalled the militant strikes that rocked the mills. On one occasion, Dange’s wife, Com. Ushatai, put down her 6-month old daughter Rosa in front of “goondas” sent by the management in order to break the strike and said “You will have to drive over her if you must open the gates.”

However, the communists were not the only ones who were organising Bombay workers in the 1930s.

“Everyone from the labouring classes should be acquainted with Rousseau’s Social Contract, Marx’s Communist Manifesto, Pope Leo XIII’s Encyclical on the Conditions of Labour and John Stuart Mill’s Liberty, to mention only four of the basic programmatic documents on social and governmental organization of modern times.” – Dr B. R. Ambedkar [From a valedictory address at the study camp of All India Trade Union Workers held in September 1943]

Dr. B. R. Ambedkar, by now a frontline leader of anti-caste struggle in the country, established the Independent Labour Party in 1936, calling it a workers’ party. Ambedkar delved deep into the issues of the working class, including questions of labour organization. Though he was not against the idea of trade unionism, he was opposed to reducing the workers’ struggle to the economism of the unions, writing “… it would be a great mistake to suppose that trade unions are a panacea for all the ills of labour… Trade unions would be much more effective if they had behind them a labour government to rely on. Unless trade unionism aims at controlling government, trade unions will do very little good to the workers.” His Marathi newspaper Janata wrote extensively about working class issues and struggles. 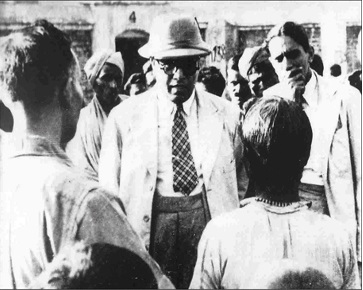 Dr. Ambedkar was the first person to translate Soviet writer and political activist Maxim Gorky’s “Mother” into Marathi. “When we read his Marathi translation of Mother, it was chilling to see the resemblance between the conditions of the industrial working class colonies in Europe, and those that existed in the Bombay girni kaamgaar colonies,” said Dr. Sridhar Pawar, a CPI activist who has been a part of the textile workers’ struggle. Ambedkar’s politics and philosophy were heavily influenced by Phule and the Satyashodhaks. When he said, “Had Karl Marx been born in India and had written his famous treatise Das Capital sitting in India, he would have had to write it in an entirely different fashion,” he was insisting on annihilation of caste as a necessarily core project of any class politics in this country, much along the lines of the Satyashodhaks who preceded him. “Let it not also be forgotten that the pattern of labour government is a very different one than that of the other classes. Labour government must essentially be based on a system of control. A system of control needs a far greater degree of knowledge and training. Unfortunately, labour in India has not realized the importance of study,” he said.

In September 1938, when the Congress Party government presented the Industrial Dispute Bill that would make workers’ strike a criminal offence, Dr. Ambedkar opposed this bill in the Legislature, saying “[a] strike is not a criminal offence, punishing workers for striking is making them slaves.” Despite his opposition, the bill was passed. Ambedkar’s Independent Labor Party called for a strike in protest on November 7, 1938. More than one lakh workers participated in the strike. Addressing the gathering, he called upon workers to take power in their own hands by electing their representatives in the Legislative Council.

“After Medhaji Lokhande, Dr. Babasaheb Ambedkar took [the] lead for improving the condition of [the] working classes. There were only two parties in [the] British era – one is the Congress and [the] other is Shetkari Majur Paksh of Babasaheb. People from various sectors were member of the Babasaheb’s party, but Nehru did not support his movement,” said Madan Khale, former CPI activist.

While the Satyashodhaks and Dr. Ambedkar held the fight for social justice as central to industrial labour organising, ultimately leading them into head-on battles with not just the budding Hindutva forces but also the nationalist struggle led by the Congress and its leaders like Tilak, Dange on the other hand was a supporter of Tilak. Tilak, incidentally, had also begun expressing his interest in labour organising, which he saw as an instrument for his nationalist struggle. His views on the working class and their agitations were, however, problematic. Commenting on the provisions protecting labour rights in the newly passed Factories Act, in Kesarihe wrote, “the Factories Act was passed last year for defining the hours of work for labourers in the factory is of the same type [as the Age of Consent Act]. The principle underlying the Act, like that of the Age of Consent Act, has come directly from the West. Wherever it might have come from, the loss we have suffered from it and will suffer in the future will not be made good in anytime.” (Kesari, January 12, 1892). Tilak was opposed to the Age of Consent Act, enacted to prohibit child marriage, and held that the bill will interfere with Hindu religion.

Until 1914, strikes in the cotton textile industry were largely confined to particular departments and mills. Post the war however, coordinated actions started taking roots across the industry as a whole. “Rising prices and unprecedented profits which accompanied the post-war boom led to the demand for higher wages supported by two general strikes. In the mid 1920s, as the industry’s markets slumped, attempts to cut wages were once again strongly resisted. With a slight improvement in their fortunes in the later 1920s, the millowners introduced ‘rationalization’ schemes; for the workforce this meant more work, less wages and higher chances of unemployment”, writes Rajnarayan Chandavarkar in his article titled “Workers’ Politics and the Mill Districts in Bombay between the Wars”. Two major strikes were organised between April 1928 and September 1929, and a further round of wage cuts led to another strike wave in 1933-34. Apart from several one-day closures, eight general strikes occurred in the industry between 1919 and 1940.

In 1938, the Bombay Industrial Disputes Act was enacted. An important provision of the Act was to accord compulsory recognition of unions by the employers. This gave a big push to the growth of trade unionism in the country as whole, but particularly in Bombay. “The impact of this militancy was felt not only in other occupations in Bombay but also in other industrial centres, such as Sholapur and Ahmedabad. As Bombay became the scene of militant working-class action in India, its labour movement, under communist leadership since 1928, acquired an explicitly political direction”, writes Chandavarkar.