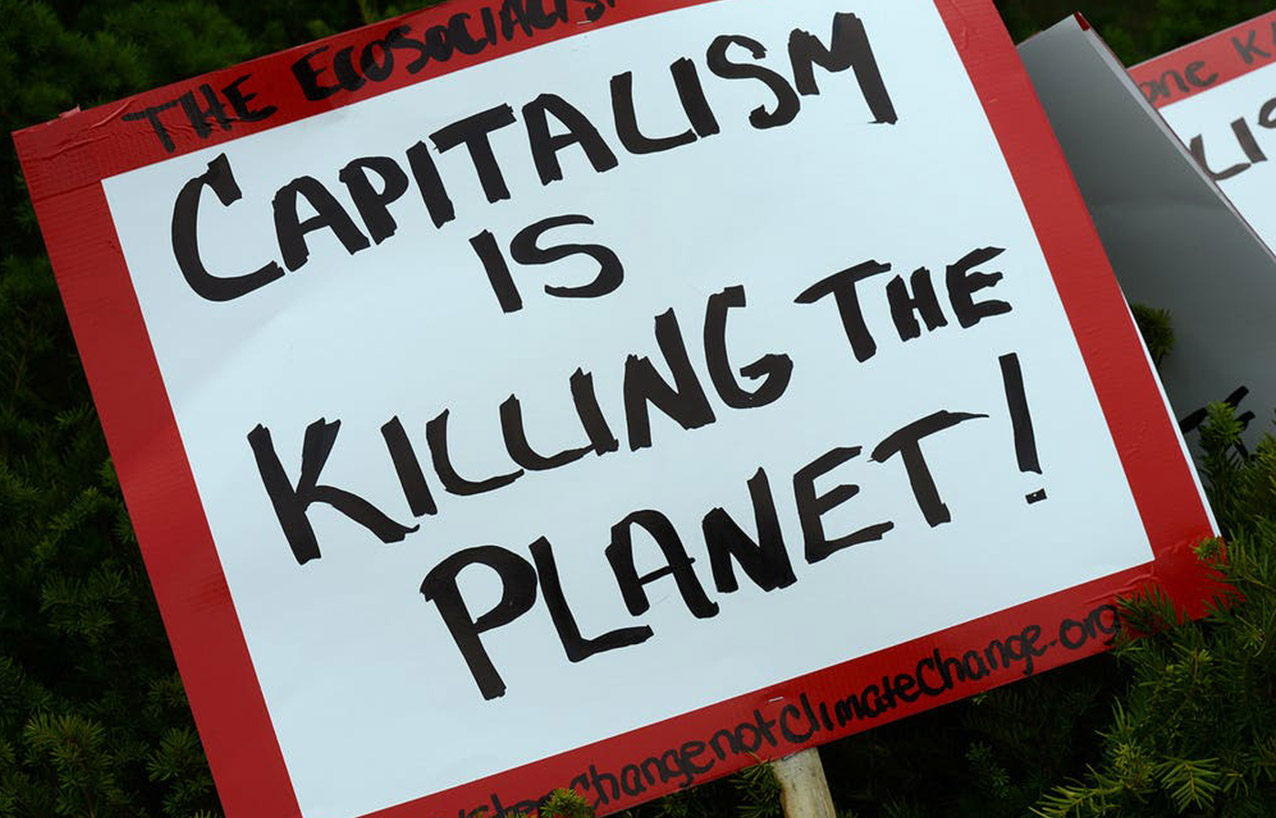 Environment and ‘environmental’:  a critical relook

According to a recent news report, all 15 hottest places in the world on June 3 this year were in the Indian sub-continent—11 in India and the rest in Pakistan. Prolonged heat waves continue to sizzle not only the great Indian plains stretching from coast to coast, but also the mountains. Untameable wildfires burnt down large swathes of hill forests in Uttarakhand. In the hot plains below, helpless farmers stare at yet another drought. In towns and villages alike, dutiful citizens who apparently have just voted in a stable and nationally secure government back to power, battle acute water scarcity, while trying to make sense of a weather that has gone simply berserk. Undeterred and largely untroubled, our meteorologists and the garrulous all-knowing media continue to predict various arrivals of monsoon. Things will sort themselves out, the government tells us, so long as ‘jihadis’ and ‘naxals’ can be killed at will; also, the termite-like illegal immigrants effectively weeded out and the potential anti-national troublemakers such as liberals, left-liberals and ‘tukde-tukde’ gang identified, bundled off and sent to Pakistan. The moot point is that the government, which in today’s world context means the military muscular masculine state, is always right and whoever dares to oppose it, is wrong and doomed, like, the environment.

State as the savior of environment

Even as thousands of schoolchildren continue to pour into the streets of major European cities calling for immediate action against climate change and popular movements such as the Extinction Rebellion demand the declaration of a global climate emergency, environment remains, strictly, a state subject. Again, in today’s global context, the state, besides being military, muscular and masculine, is always business-friendly, which means, it would ensure ease-of-business for all shades of profiteering, plunder and extraction. The environment, as viewed by state, is a top-priority and all states are quintessentially green as long as they guarantee that the economy—in other words, flow of profit—remains robust and perennial. In this view, though the world is currently passing through an unprecedented environmental crisis in form of a runaway climate change and nobody has any clue as to how the crisis can be ‘mitigated’, you have to trust the military, muscular, masculine and profit-friendly state to set things ultimately right. This belief in state’s infallibility and munificence is deep-rooted, universal and ubiquitous—even those who criticize it as criminally deficient think that the state can act responsively and ethically. To me, most, if not all, of the existing climate justice movements look up to the state as a savior. The demands for declaration of a climate emergency and radical economic reforms in order to halt climate change are all based on the belief that despite all evidences to the contrary, the state can act as a sorcerer, arbitrar and enforcer; it can always conjure justice out of a welter of injustice and turn bad into good. It’s only—as the saying goes—a matter of political will.

Now, talking of politics in our unabashed overwhelming capitalist times is talking of capitalism. As has been repeatedly pointed out by ecologists and ecological movements in the last few decades, environment qua environment has long ceased to exist. Because the intricate web of natural processes and phenomena we used to call generically as ‘the environment’ has long ago been replaced by an equally intricate web of power relations, social dominance, exploitation, tyranny and subjugation—in other words, capitalism. If in the tangible and deleterious impacts of climate change we find a breakdown of a pre-ordained natural/environmental order, a crisis where nature no longer can be appropriated and used ad infinitum, we actually find a crisis of capitalism, of capitalist power relations. This is also a crisis of the world philosophy of dominance, colonization and imperialism. Because the state, which many of us believe to possess the ability to act as an agent of justice, has been and always would be the prime enforcer of that philosophy, it would never be anything but that, any amount of positive political will notwithstanding.

No ‘environmental’ outside capital

The ‘environmental problem’ therefore is more complex than it seems. First, the problem is not ‘environmental’ per se, that is, you can no longer find an ‘independent’ environment not affected and taken over by capitalism. The question is, when people today talk of climate and environmental justice, do they talk of some kind of justice within capitalist world order? Or, as some movements have increasingly started to point out, you can’t really think of any kind of justice whatsoever without first doing away with capitalism?

Secondly, if the first is true and the justice has to be achieved within the prevailing system, you look at the state as a site of struggle in so far as that can be expected to regulate/reign in capitalist plunder of environment—through policy reforms, enforcement and so on. On the other hand, if the other holds true, then you can no longer have the ‘state’ option anymore, and the seemingly impossible task of doing away with capitalism can only take you away from the state.

Third—and now we come to the crux of the matter—the “environmental” thus turns out to be intensely and intrinsically, political. If we believe in a state-regulated, ‘environmentally sustainable’ kind of capitalism, we arrive at the arcane political constructs of social democracy and welfare capitalism, where capital doesn’t attack and decimate labour, but exploits in a ‘humane’ and ‘ethical’ manner. Similarly, it respects ‘green’ values and continues to exploit nature for profit albeit, but in a moderate, ‘sustainable’ manner. In the global hullabaloo unfolding ever since the 1992 Rio Summit, we see enough varieties of this business-friendly environmentalism or environment-friendly business practices such as carbon trading and forest and biodiversity offsetting as well as technological and scientific ‘fixes’ such as energy efficiency, climate-resilient genetically modified organisms, bio-fuels, fracking, carbon storage and so on, besides the older green ventures such as large hydro and nuclear power projects.

Remember, all these appear and proliferate in welfare capitalist/social democratic and neoliberal spaces alike, except in extreme Donald Trump-like situations where the head of the state steadfastly refuses to believe in climate change. Such aberrations aside, the system behaves in usual and predictable manners: exploitation of nature as well as labour continues, profits accumulate, the military becomes more powerful, war, warlords and war industries thrives, border control gets stricter and finally, emissions skyrocket instead of coming down. Yet, the expectation that state—hence, also capital—would behave in a more rational and ethical way refuses to die down. The well-meaning belief in state and the reality created and kept alive primarily through the military, muscular and masculine nature of state effectively precludes all forms of critical thinking. The state is there and you believe in it. The state serves capital, which is also there and cannot be wished away (it won’t be practical), therefore you try to reform it from within, that is by making the state behave in a different manner, even if you see everyday that the project is doomed to failure from the very beginning.

The author Soumitra Ghosh is a social and environmental activist.